If you click on a link and make a purchase we may receive a small commission. Read our editorial policy.
A Panel Shaped Screen is a monthly column where Giada Zavarise explores how comics and video games inspire each other. This time Giada dips into the world of Lightstep Chronicles.

Every writing class has an over-enthusiastic writer. You know the type. All his writing exercises are set in the same elaborate setting: the fantasy world he has been working on since he was sixteen. He’s currently writing his debut novel, the first in a trilogy. He already has three more trilogies planned out.

He also plans to make a videogame about this cool side-character, and a comic set before the events of the main story. He’s struggling to find someone willing to draw the first story arc for free, but only because artists don’t understand that once the project takes off, they’ll be millionaires. He already has vague movie ideas plotted down, in case Hollywood takes notice.

Lightstep Chronicles feels like the product of such a mind.

This videogame is part of an indie multimedia franchise with the same name, which also includes a novel and a comic series. You don't really have to be familiar with the series to play the game, though. All that matters is that you are Captain Phoenix Cain, and your mission is to explore an abandoned spaceship. Of course, things immediately go wrong: your presence awakens the security system, your squadmates get attacked by a mechanical creature, and you find yourself at the mercy of a round-shaped, mentally distressed, murderous AI. Alas, this time no one will give you a portal gun. 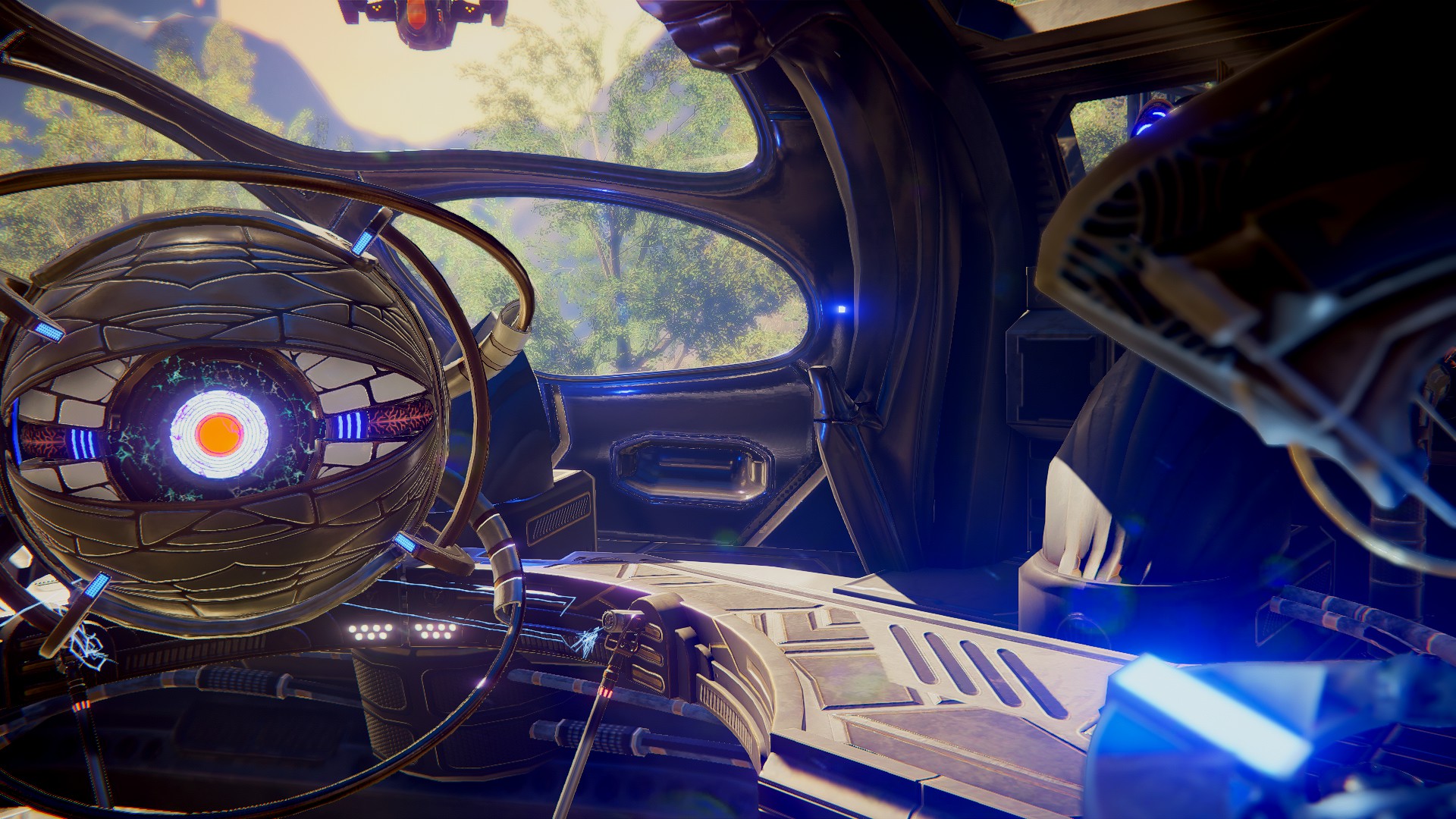 Big balls of metallic evil aside, the game shares more similarities with Bithell Games' Circular series than with Portal. You can't even walk around in the game, because you're strapped to a very fancy floating chair. All you can do is chat with assorted artificial beings, hack cameras, look for clues, and solve the occasional puzzle.

It’s not the most original premise, but Lightstep Chronicles oozes confidence. You can feel it from the opening cinematic, full of pretty spaceships and lush alien jungles. The writing is confident too, presenting a cast of eccentric AIs with conflicting goals and secret agendas. It keep me hooked through the end, and I ended up finishing it in a single sitting (around three hours). But I could feel the invisible hands pushing against the plot, twisting it in weird shapes.

Lightstep Chronicles may be enjoyable without being a fan of the whole series, but it’s still awkwardly chained to it. It becomes painfully clear every time you are given a choice, only to realise that every attempt to derail the plot from established canon results in a dead end. The game keeps asking you “who are you going to trust?”, and yet it doesn’t allow you to answer freely. You can choose to please your jailer or to be more snarky, but in the end the plot will go in a certain way, because the rest of the series needs certain events to happen.

The result is a game at odds with itself, much like the bickering AIs of its spaceship. As a self-contained story, it lacks closure. As part of a series, it doesn't work yet: its ending dangles lonely in the wind, waiting for a sequel that may or may not arrive and may or may not be a game.

It's horribly difficult to write multiple endings when your story is part of something bigger. Many visual novels solve the issue by having a true, official ending, relegating other paths to the limbo of what-ifs. Others, like Lightstep Chronicles, give you some wiggle space, but deprive you from the possibility of influencing main events. 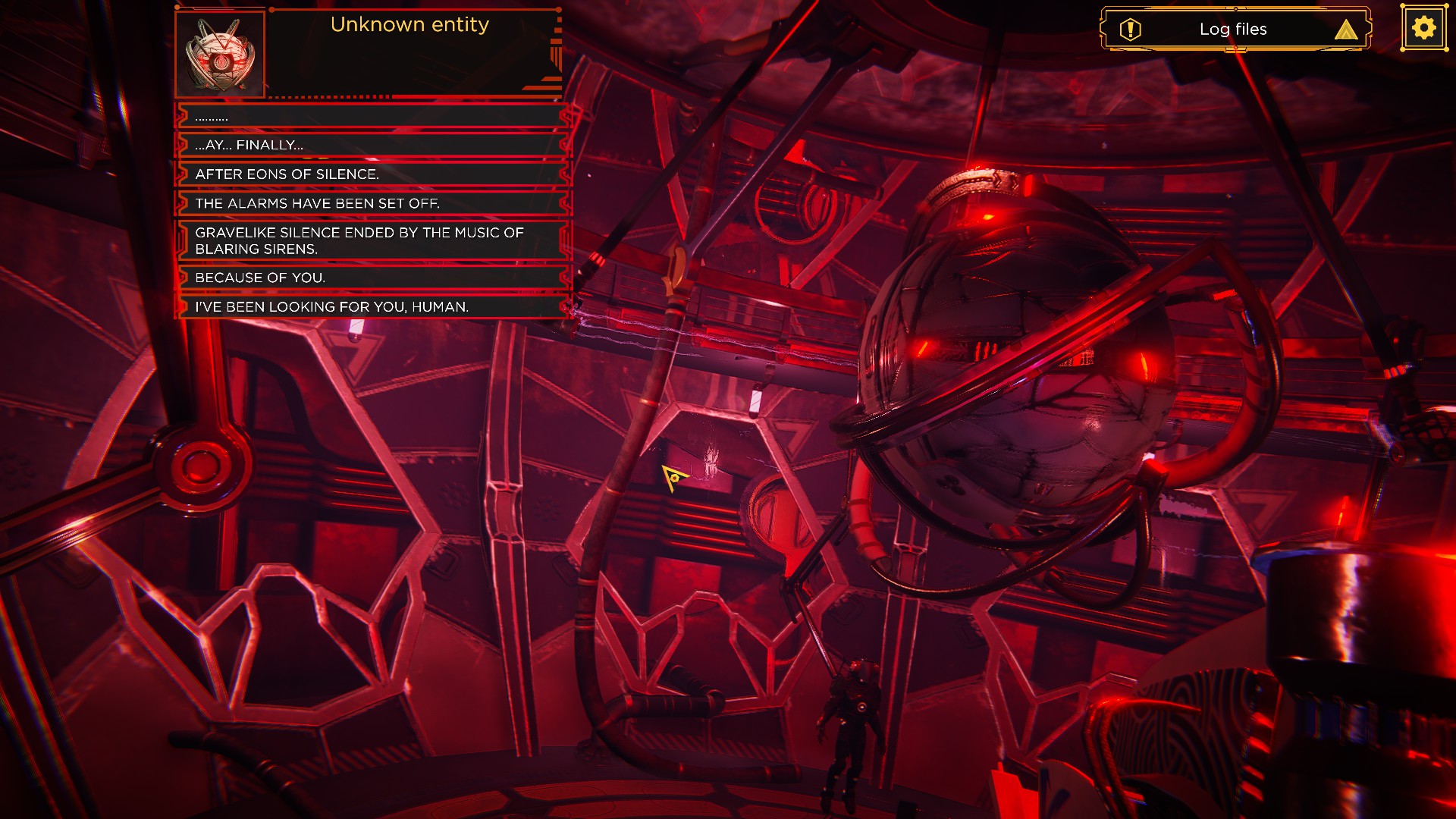 Big multimedia franchises can usually be divided in mainline titles and assorted adaptations, bonus materials and spin-offs. But I am not even sure what Lightstep Chronicles the game is supposed to be. If it's a potential stepping stone into the series, it fails to mention what makes the rest of the Lightstep Chronicles compelling. To be honest, though, after reading the comics and the first chapters of the novels, I still have yet to understand basic things about the series like, for example, what it is about.

The core idea is, supposedly, the existence of lightstep worlds: planets artificially propelled to move at the speed of light. Since time moves slower when you approach the speed of light, a day on a lightstep planet is equal to a decade in the rest of the universe. But the concept is barely explored in the comic, and I am not sold on the ideas that “time itself is the ultimate form of class distinction and oppression”, as the comic blurb says.

Time may be different on a lightstep planet, but people living on different planets all perceive time in the same way -- a lightstep planet week still feels like a week when it's happening to you. It's classic fairytale logic: you spent a single day in the world of fairies, but for the rest of the world, years have passed. Your friends are now adults, and your parents are dead. And yet to you, it felt like a single day. So how can the peasants be oppressed, if life to them feels as long as a person living at the speed of light?

Look, I am not a tech-smart person. I went to art school. I am the eternal disappointment of my smart engineer dad. But this scientific mumbo-jumbo doesn't quite feel right, and it's not the only part of the comic that perplexed me. 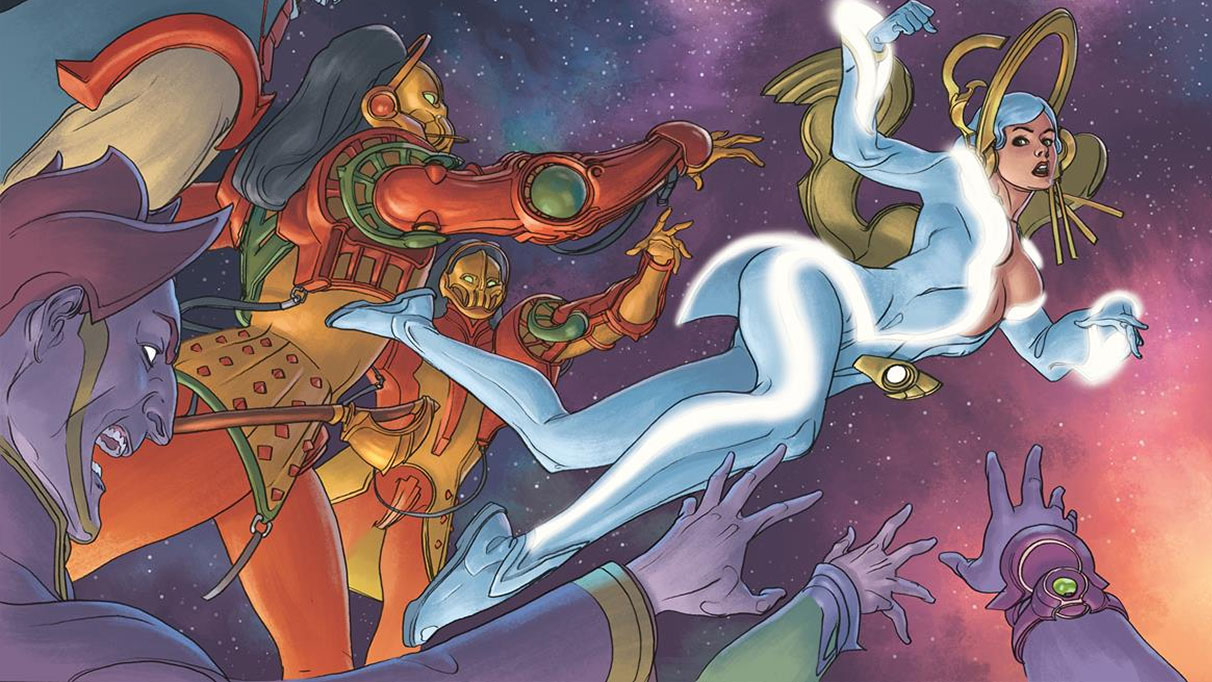 The Lightstep comic is like a young magician who throws a million different tricks at you: decadent superhuman races! Radio pirates! Stone golems! Time-related shenanigans! Space assassins! A sleeping space princess! Gravity powers! But each new concept only lasts a few pages, quickly replaced by a shiny new things. The result is barely coherent, and direly in need of some breathing space.

It possesses the frantic pacing of a novice author who has to organise a Kickstarter, and knows printing costs are high. Best to cram as many idea as you can in a limited space, because this is your big chance and you're eager to impress.

So, it’s a bad comic. And yet I can’t bring myself to hate it. And I remember all too well how it feels to be ambitious and broke and in love with your own ideas. 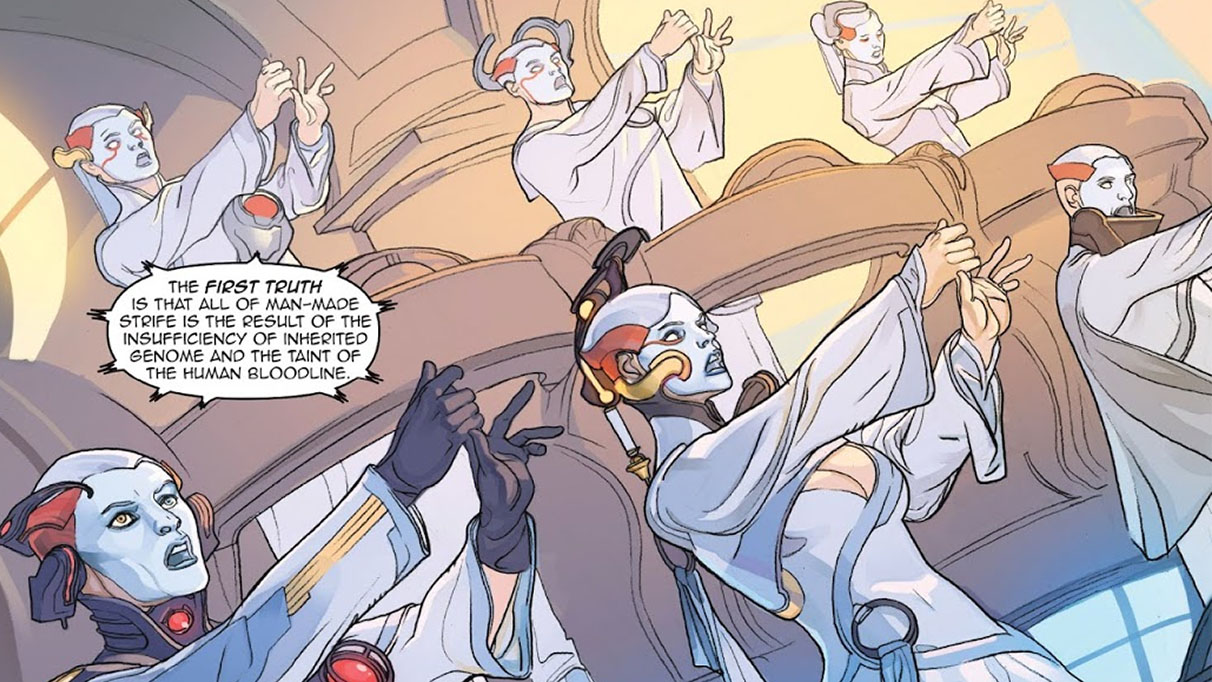 In the last episode of this column I rambled about multimedia franchises, and the way they can steal our hearts despite a multitude of issues. It’s no wonder young artists wish to create their own sprawling worlds full of adventures, and to invite the audience to play in their cool fantasy land.

But many successful franchises started as self-contained stories before spawning sequels and prequels. If you miss that step, you risk forgetting to define what your story is about. Your theme. Your heart. You end up asking readers to commit before giving them a reason to care.

Lightstep Chronicles is now out on Steam.