Acer’s XF270HUA has been around for about a year, but this 27in monitor is still one of the best gaming monitors you can buy while stocks last. With a resolution of 2560x1440, a high 144Hz refresh rate for super smooth gaming and superb picture quality, this is one display you won’t mind dropping £500 on.

Even before I began my tests, I could tell this monitor was a bit special. It’s a real looker, for starters, with slim bezels, an understated control panel and a tasteful red ring round the height/tilt/swivel/rotate-adjustable stand with not a single LED in sight. You also get plenty of connectivity options, including DVI-D and DisplayPort, two HDMIs, a four-port USB3 hub and headphone and audio in jacks, making it a lot more flexible than the £400 Asus PG248Q I looked at last week.

Image quality is where the Acer XF270HUA really shines, though, and that good feeling I had when I first turned it on bore out in my calibration tests, as it produced a practically perfect picture with only the most minimal amount of tweaking. This is largely thanks to its IPS panel, which generally produces the most accurate colours out of all the different panel types, but even I’ve rarely seen one this good.

For those interested in the technical nitty-gritty, it covered 99.3% of the sRGB colour gamut when I switched to its User colour profile and knocked down the green bias setting a couple of notches, and its overall brightness level went all the way up to 400cd/m2 - which is more than enough luminance regardless of whether you’re gaming in bright sunlight or sitting huddled over your desk in a darkened room. Throw in a couple of blue light filters, and the XF270HUA should also keep eye-strain to a minimum when you’re hours deep into a cross-continental drive in American Truck Simulator. 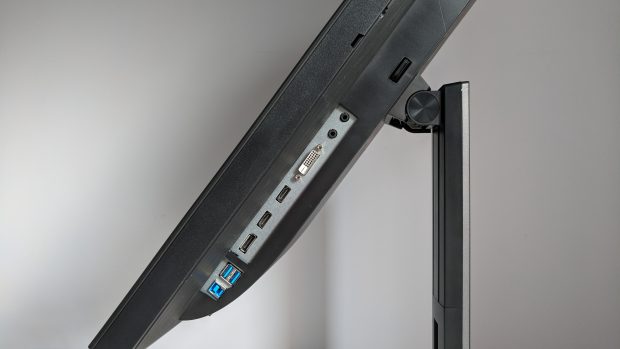 Admittedly, I wasn’t so keen on the monitor’s three default gaming modes, as these ramped up the sharpness to make images and desktop icons appear overly pixelated during everyday use. Thankfully, the rest of its colour profiles were much easier on the eye. More importantly, you can save any combination of settings you like to each of those very three gaming modes, letting you customise your viewing experience however you like with minimal fuss and fiddling - handy when the monitor fails to remember your preferred options whenever you switch modes.

I also appreciated that you can manually adjust the monitor’s gamma levels as well. Without getting into too much technical detail on the subject, this essentially controls the balance between light and dark areas of the screen - a higher gamma setting (2.2 or above) will make images and games appear very dark with pitch black shadow areas, while a lower gamma setting (2.2 or below) will help lift the veil on those dingy corners and reveal a greater level of detail.

It’s a similar idea to those in-game brightness bars you get where you’re told to adjust the image until the game’s logo or something is barely visible, only here you can apply it to everything you do on your PC. This will be useful if you’re considering using the monitor for detailed photo or video editing, but it’s also handy if, like me, you’re a bit of a wimp when it comes to playing horror games and want to see every threat coming a mile off without spending ages trying to find that damn in-game brightness slider. 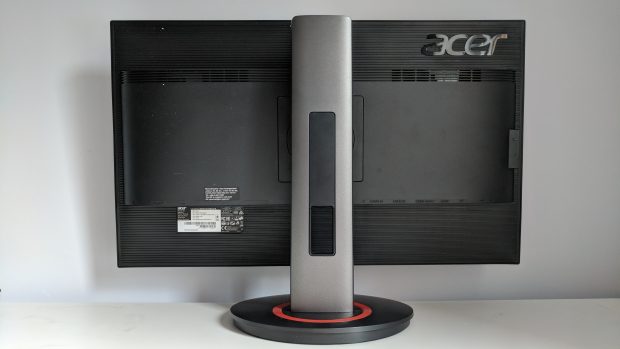 The XF270HUA’s 144Hz refresh rate also worked a treat. Much like the Asus PG240Q, this allows games to run at higher frame rates than your regular 60Hz monitor - in this case, up to 144fps. Frame counters will obviously go higher if you’ve got a beefy enough graphics card and disable the V-Sync option, but the number of frames you actually see is still limited by the number of times a screen is able to refresh its display, so these types of monitor are a great option if you feel like your current graphics card is at the uppermost limit on your favourite games. Watching orcs come hurtling towards us in Middle-earth: Shadow of War was a much tastier treat for the eyes than Peter Jackson’s headache-inducing 48fps take on The Hobbit.

The XF270HUA also has AMD FreeSync support, which helps prevent screen tearing and stabilises the monitor’s refresh rate if the frame rate happens to take an unexpected dip, making games appear smoother and less stuttery. Naturally, those with Nvidia graphics cards won’t get any use out of this, but AMD owners should find it particularly handy when utilising the XF270HUA’s full 2560x1440 resolution on higher graphics settings.

Even if it didn’t have FreeSync, though, I’d be much happier spending £500 on the Acer XF270HUA than I would paying £400 for Asus’ PG248Q. It’s a bigger, better-looking monitor with a higher resolution (personally, I wouldn’t recommend buying a 27in monitor with anything less than a 2560x1440 resolution) and my eyes aren’t bionic enough to tell the difference between the Acer’s 144Hz refresh rate and the Asus’ overclocked 180Hz refresh rate. Deus Ex’s Adam Jensen might, but until I’ve also got shades that can extend out of my eyebrows, I literally can’t see any benefit in having the extra 36Hz. If high-frame rate gaming is what you’re after, then monitors don’t come much better than this one.