Godfall came out earlier this month. It is an ARPG looter-shooter, except the combat is almost entirely melee, so its a, uh, hacker-packer? But what it really is, is a game that is more dedicated to the look than any I have ever played. I've been diving in and out of it for the past couple of weeks and it is so beautiful, and so extreme and specific in its beauty, that I am charmed by it.

Godfall is epic, overwrought, sci-fi fantasy, so it's a lame nerd's idea of what is cool, and I love it. It's like the video this guy would make for a DragonForce video if he had unlimited budget. It is Lord Of The Rings via a Monster Hunter fashion Tumblr. It is the "tears in rain" speech from Blade Runner, but as if that was performed by Jareth the Goblin King in his castle of M.C. Escher stairs, twirling a handful of magic crystal balls. Oh my god, oh my god, it is Jupiter Ascending. Did you see that? The movie where Channing Tatum is a literal dog soldier but with wings, and Douglas Booth tries to marry Mila Kunis who is the reincarnation of his dead mum? It's that, it's that it's that.

I have unlimited respect for Godfall on this basis (on other bases, it is fine; the combat is fun and I like the different movesets for smashy hammers and stabby swords, but the world feels very empty compared to e.g. Destiny and I'm mostly going back to it to walk slowly through environments going "Woah."). All the enemies are called things like LORD SHERRIF HAMMERCATOR and STONE GRIMLING or whatever. They yell things like "NO MAN MAY ENTER THE TEMPLE OF THE SEVENTH SANCTUM!" at you. You go on fetch quests to radiant crystal waterfalls.

You are on an escalating mission to murder your brother, who thinks he is a god or is trying to become one - I forget which, and it doesn't matter - and have already failed once in this task. But, get back on that horse, I guess. You get your combat abilities from magic armour called Valorplate. Valorplates are masculine and feminine, and your voice changes accordingly. They all look like hot animals, like a sexy sheep or a big buff bull. You are basically a medieval space furry, but for combat. And when enemies die, they melt into a cloud of gold leaf that blows away, presumably to then land in our world on the ice cream sundae of a billionaire. 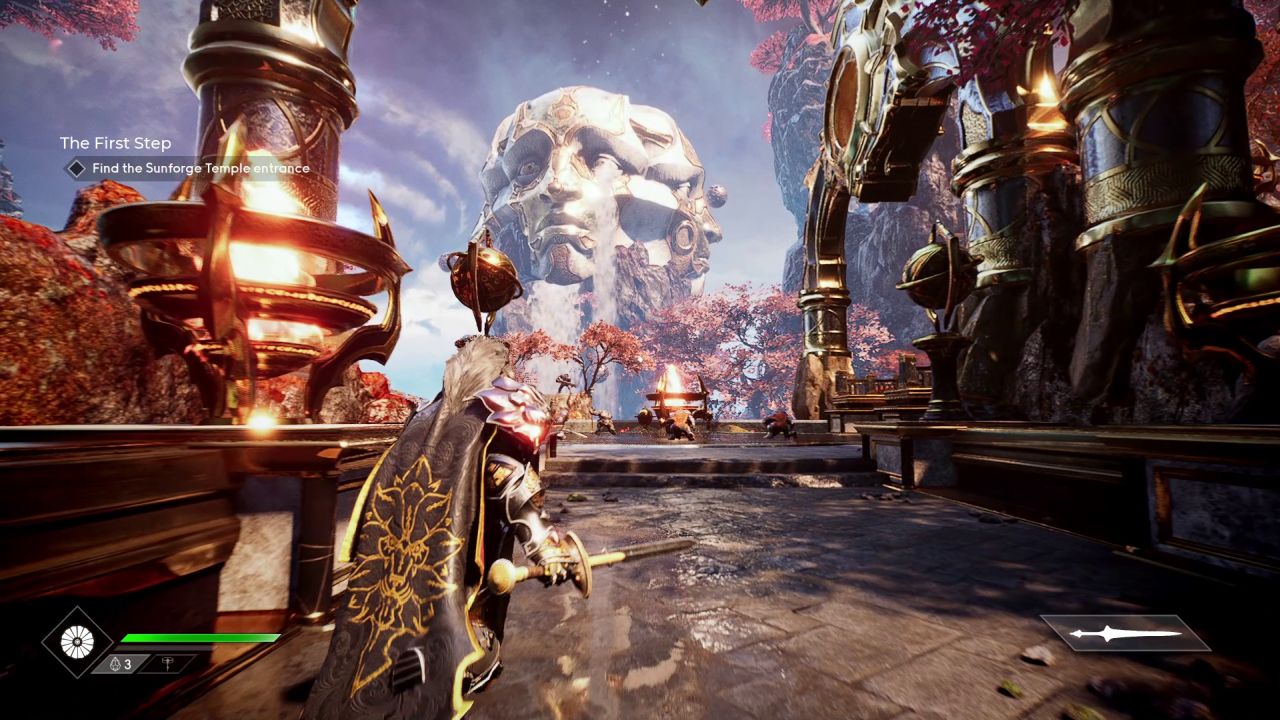 A weirdly buff statue with lava waterfalls for shoulder pads. 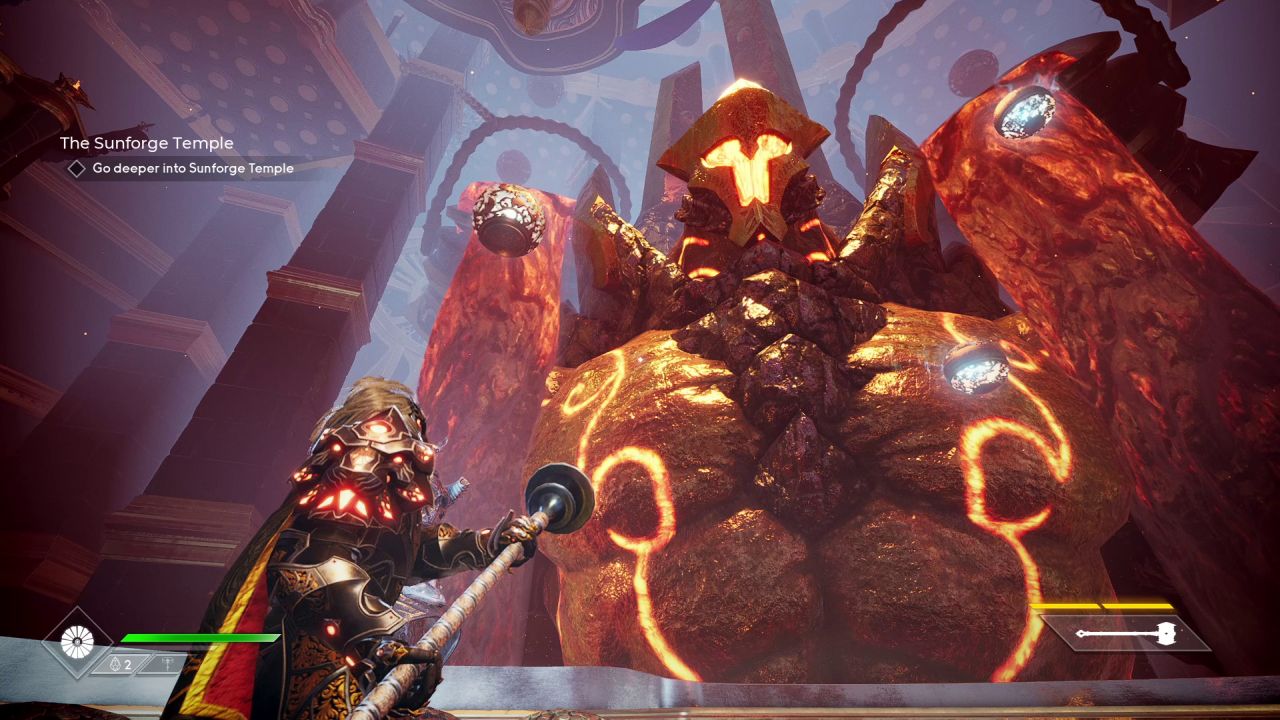 A world of floating rock pillars towering over copper warriors. 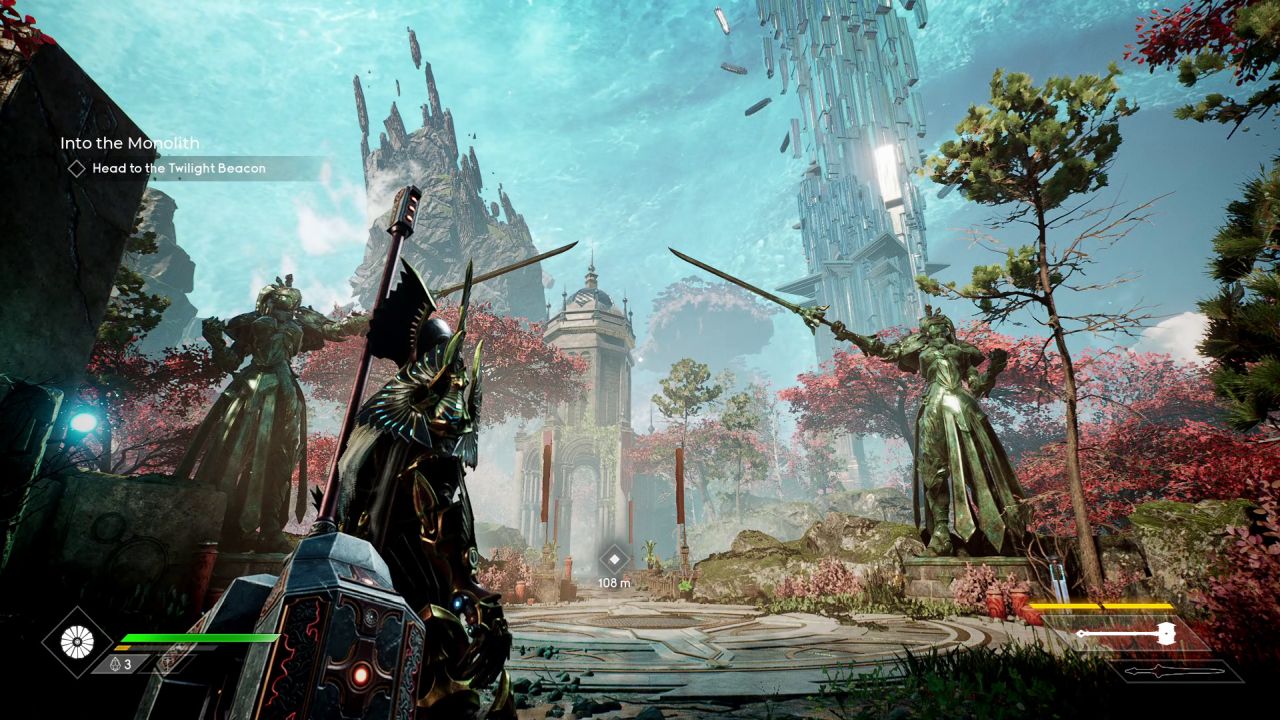 I have torn the strange crystal heart out of a robot bird that had swords for hands. 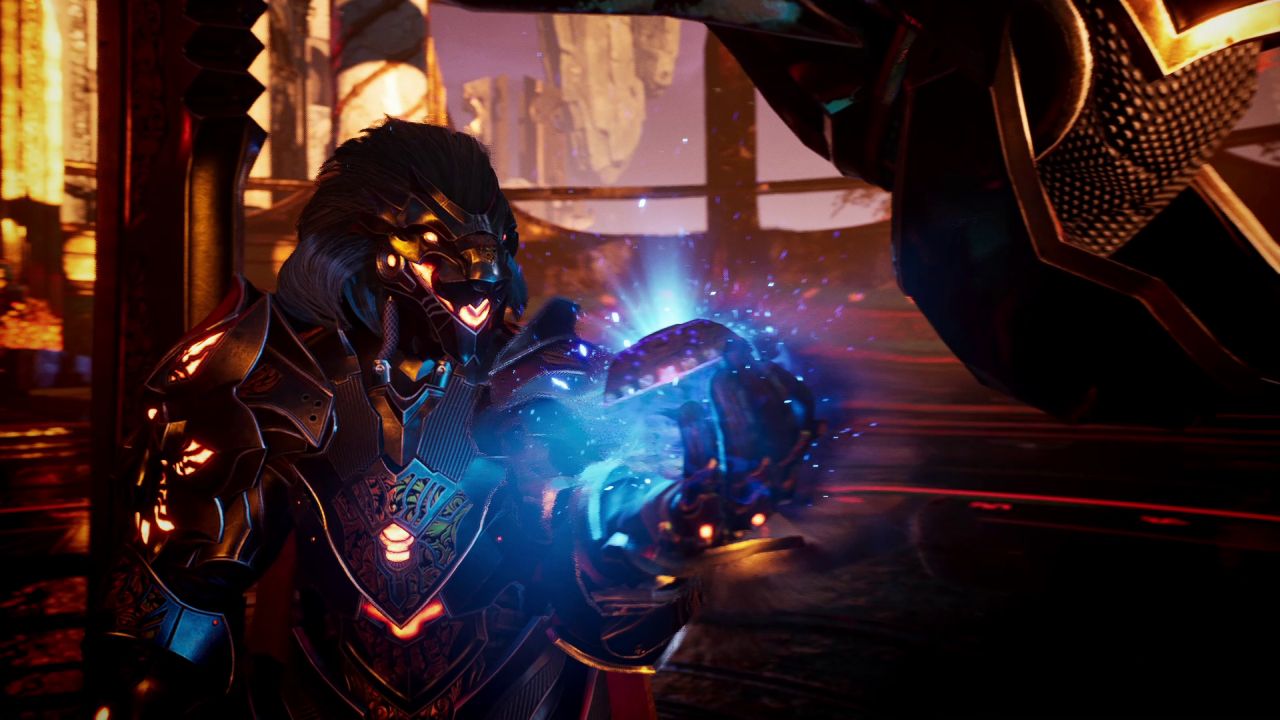 And am routinely told what to do by a floating head made of disconnected bits of metal, which has two smaller heads on either side of it. I think this is the Seventh Seal. I am not sure. I was not paying attention. 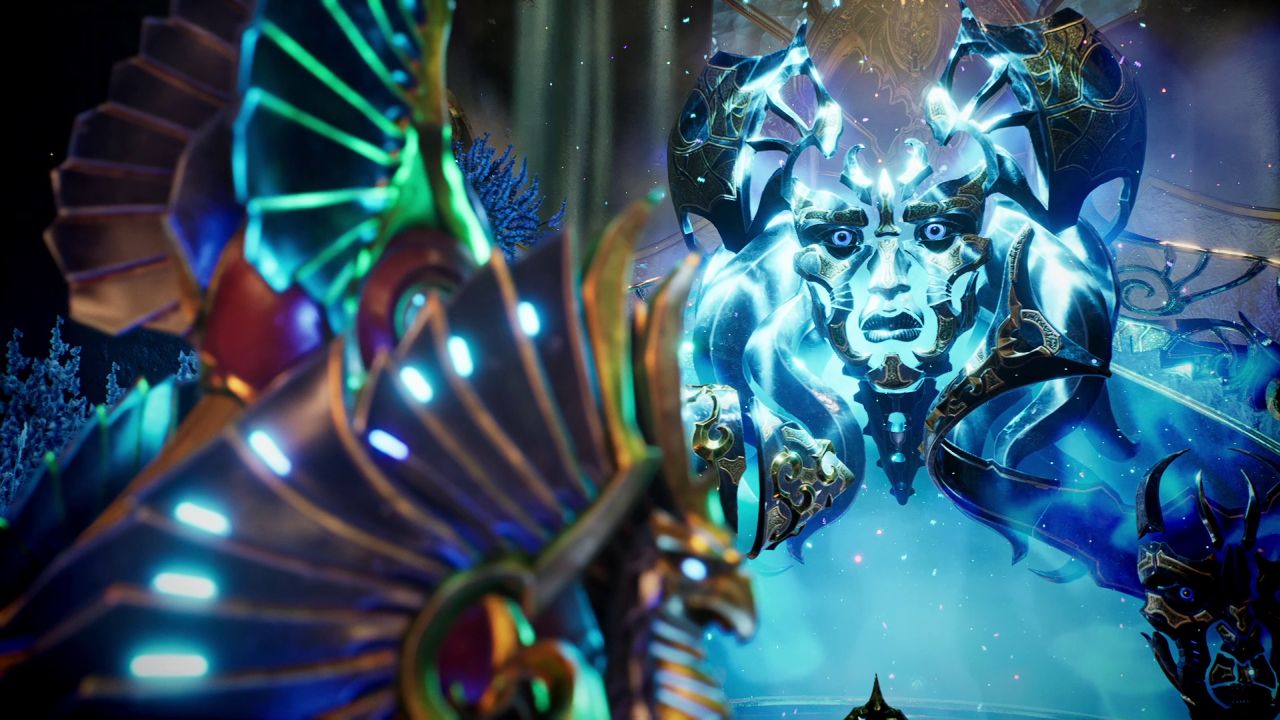