Featured as part of the Game Devs of Color Expo and its Gradient Convergence showcase on Steam, Onsen Master’s Ghibli aesthetics caught my eye immediately. It’s a “hot spring customer management” game where you ditch the whole ‘service with a smile’ schtick and drag your customers with speed and aggression into hot spring baths you’ve prepared especially for them.

Other duties include making sure they’re cleaned between uses, that you’ve mixed the right ingredients, and you’re keeping spillages to a minimum. It’s a tough gig! And the more I ran my onsen in the demo build, the more I felt a seldom used part of my brain expanding. Is this - am I multitasking?

If you, like me, are distinctly average at rubbing your belly while patting your head, Onsen Master’s pace will hit you like a bullet train. Although, if you’ve played plenty of time management games before, you’ll probably cope with the pressure just fine. It’s not really an innovative addition to the genre. We’re talking more of a fun take on things with a lovely Spirited Away inspired lick of paint. And what's wrong with that?

The folks on Izajima island have a lot of ailments, it seems, and a hot spring is the perfect cure. They’ll queue up in droves waiting for you to prepare them, but they’ll only wait around for so long before they storm off in a huff. You can tell what sort of bath they’d like at a glance by looking at the icons above their heads. If it’s a big red root thing, then you need to sprint over to the red barrel, grab yourself one, then grind it to dust in the prep zone.

Next, you chuck your newly ground mixture into a bath, forcefully grasp your customer by the wrist, and lead them to it. No time to celebrate their newfound cleanliness, because there are more people to bathe. But you have to keep things tidy, too. That hygiene sticker on the front is mightily important for business after all. Like I said, it's a familiar formula, but with a nice theme.

Onsen Master presents a fairly decent challenge while still keeping it accessible for a younger audience. If you’re aiming to nail down those shiny ‘S’ ranks, it’s still vital you plan ahead and refine your responses to the game’s simplistic rhythm. You’ll notice some customers are a bit speedier than others when pulled along, so it may be worth prioritising nimbler folk if time’s running short. You can drop ingredients near your mixing stand to avoid a second, costly trip. Perhaps wiping down a dirty bath a little earlier will save you time in the long run?

As you'd expect, not all customers are patient. Some stench-ridden folks will rudely burst into your onsen, missile lock onto a hot spring and leave it horrible and muddy (cheers). But, perhaps unexpectedly, others aren't even human. There are these turtle yokai which just potter around and leave puddles of water everywhere (shakes fist).

Unfortunately, the demo build didn’t offer as much in the way of customer variety as I would’ve liked, with the majority of my patrons being either ‘old man’ or ‘young woman’. Weirder, and more inhuman customers would be the most obvious way to lean into Onsen Master's setting, and make it stand out. I was hoping for plenty of radish demons. Happily, though, I have been told that Izajima’s supernatural population will see a boost on full release, and that each stage will be home to their own unique yokai.

The devs are planning on adding other extra stuff you can interact with on certain stages, too, so come the full release you might stumble into a mysterious “enchantment box” or some other fantastical things. I have faith this will spice up what's otherwise a fairly vanilla set of tasks, which, admittedly, did get repetitive quite quickly. 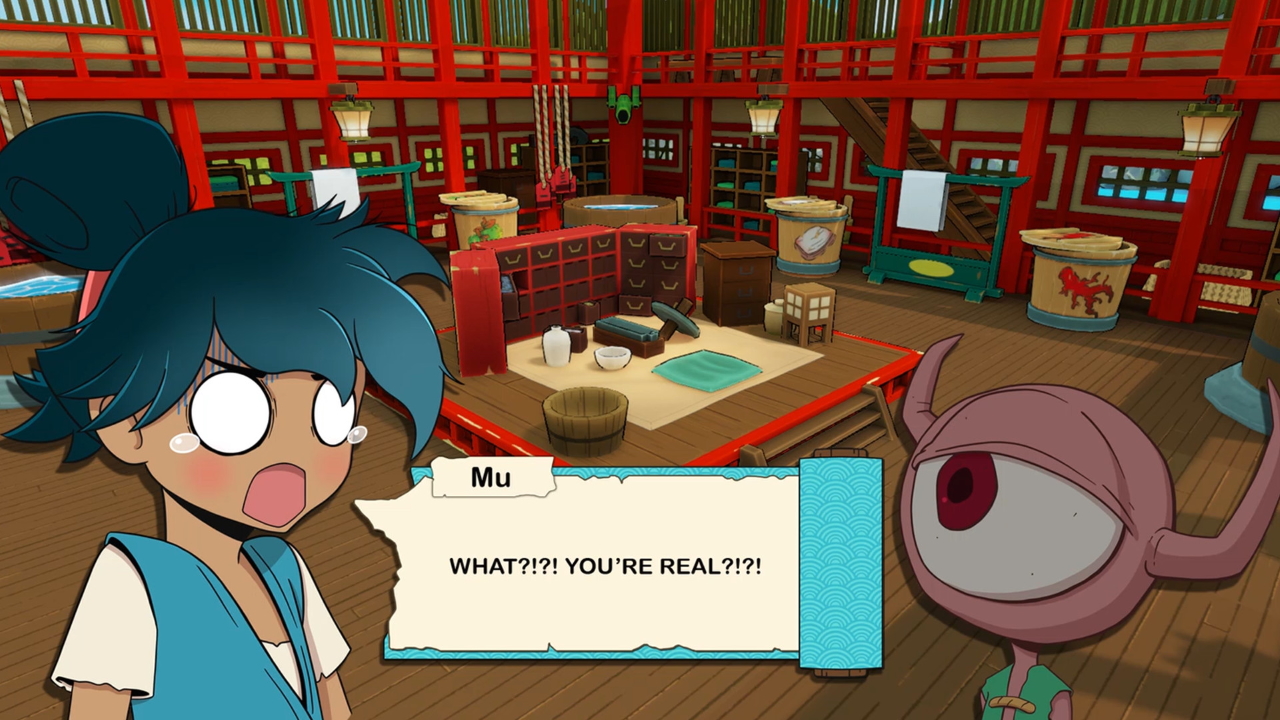 Despite this, I did find myself hooked in, especially in considering my movements, how I could cut down on the faff by optimising my route between customer and bath. I viewed my onsen as a sort of rally course, eking out every possible advantage by shaving off unnecessary movement. As you can probably tell, I took this game very seriously - perhaps a little too seriously.

Of course, you absolutely don't need to be like this (why am I like this), as, first and foremost, it's an approachable, family friendly game. It's fun. Ed, it is meant to be fun.

If you, like me, would like to grow an extra lobe in your brain, Onsen Master is due to release this Fall on Steam.