You might know developers Deconstructeam from games like The Red Strings Club, or Gods Will Be Watching, or from that time that they cloned themselves to satisfy Alice B’s burning curiosity about what happens when one meets one’s doppelganger. Anyway, they just released a short little game called Behind Every Great One, which began life as a prototype created for the Ludum Dare game jam, and it’s a bleak but poignant look at everyday sexism.

Behind Every Great One tells the story of Victorine, a housewife married to an artist called Gabriel. “Victorine doesn't have any personal passions but supports Gabriel,” the game’s description reads. “They love each other.”

While Gabriel is hard at work painting in his studio, Victorine is expressly forbidden to enter. Instead, you control her as she wanders around the house, cooking, cleaning, maybe taking a break to read or smoke.

There’s never enough time in the day to do everything, and on the first day Gabriel showed up for dinner before I’d had a chance to sweep the dining room. He remarked upon how it was dusty, and Victorine promised to get to it tomorrow. “I wasn’t implying you should clean!” Gabriel protests.

Herein lies the core issue with their marriage. He might not have meant to put pressure on her, but he did anyway, because who else was going to clean? If he is worried about the dust, he (hopefully) knows how to tackle it, but he never makes any move to do so. At times he suggests that Victorine should get a hobby, but if she takes a break to read a book there are more complaints about the food not being well prepared, or his shirts not being ironed. He’s busy with his art, but neither is there enough time for her to finish everything alone either, let alone take time for herself. 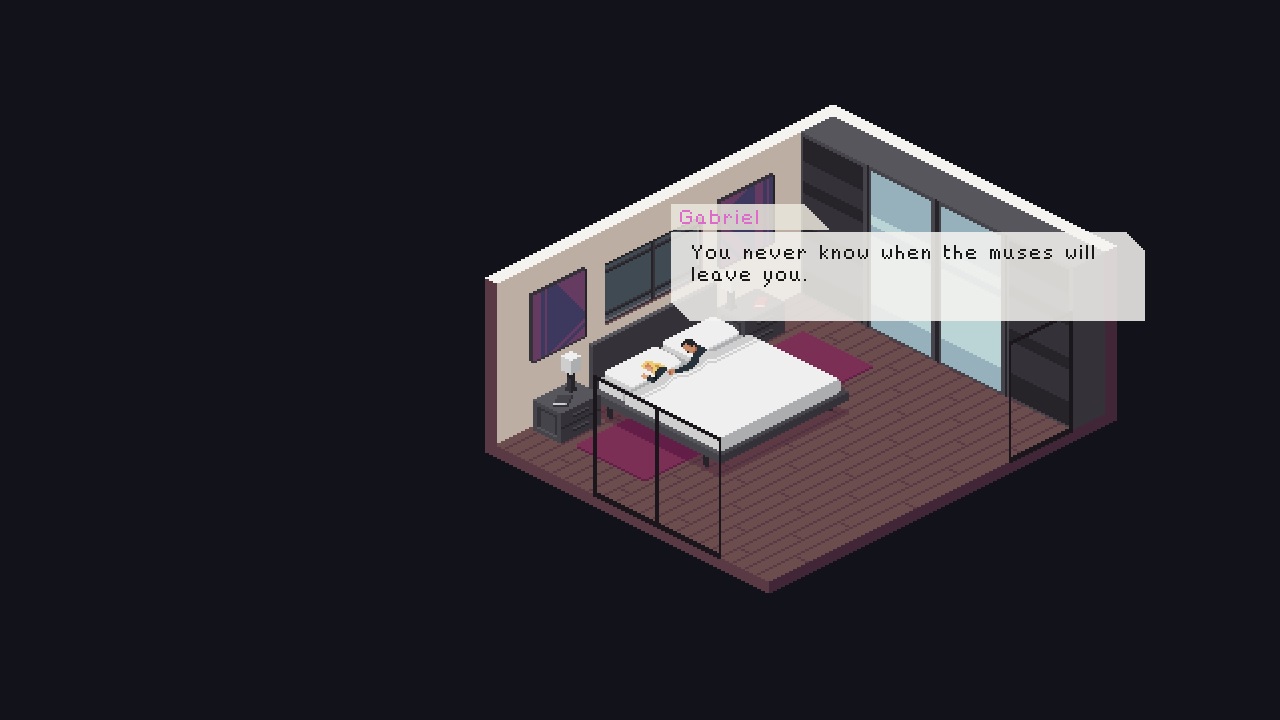 Things begin to pile up in the couple’s life. Gabriel’s parents show up, subjecting Victorine to a slew of snide comments about her appearance, lifestyle, and age. Then Victorine’s sister loses her apartment and comes to stay with her kid, who’s just a bit too honest, in that way that kids are, about the quality of the food or the fact that Victorine doesn’t wear makeup.

Throughout the game, any work that you have Victorine do, whether it be home labour or interpersonal heavy lifting, the screen zooms in. Eventually it becomes uncomfortably, claustrophobically close, and she begins to slouch around the house, unable to do anything until she finds some privacy to break down into tears.

The closeness recedes, but it’s far from a permanent solution. Every time the cycle repeats it builds a palpable tension. The whole atmosphere puts in mind the excellently titled Harper’s Bazaar article “Women Aren’t Nags – We’re Just Fed Up,” in which writer Gemma Hartley details the exhaustion of trying to explain that asking her husband to do very obvious household tasks that he should take his own initiative on is its own kind of labour.

Victorine never asks for help with the housework, and we can infer any number of reasons for that. Maybe she feels obliged to shoulder the extra pressure as Gabriel makes the household’s money, or she simply doesn’t know how to approach him about taking his fair share. But maybe just because the effort of explaining basic equitability felt like too much when everything else was piling up around her. Gabriel is not a monster, but he is utterly, utterly clueless. 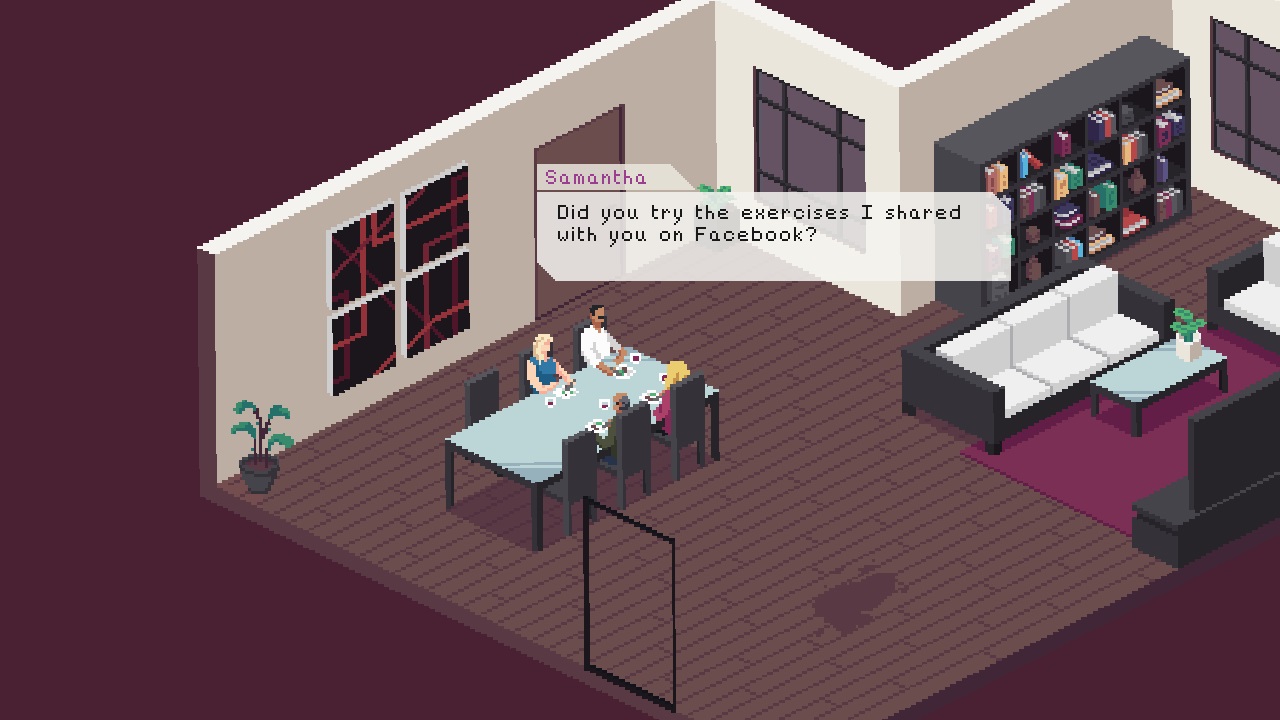 Nowhere is this more clear than in the game’s ending, which I won’t spoil, but will say leaves things pretty much entirely unresolved. It’s fitting, because the core conflict isn’t something that can be untangled easily.

In criticising unequal partnerships, Behind Every Great One is clear that there are no easy answers to gendered expectations that that all too often go unexamined, and so it examines them. And it has a key benefit: whereas many pieces of media that discuss feminist themes end up preaching to the choir, as those who agree with them continue to agree and those who don’t howl on the internet without actually considering their message, this is an issue that can sneak in to partnerships among people who should know better, as Hartley’s essay makes clear. The first step to addressing this kind of issue is being aware that it’s even happening, and Behind Every Great One serves as a reminder to be mindful of harmful patterns, for everyone.

Behind Every Great One is available to download for pay what you want with no minimum from itch.io.