Although Switch owners got not just one, but a pair of new Pokémon games this year, folks who are committed to PC gaming got the short end of the Farfetch’d leek. Temtem, an MMO game openly - almost brazenly - inspired by Pokémon is out later this month, but you don't have to wait until the 21st of January to play a Pokalike.

See, PC players are used to having to make do and mend, so there are in fact already Pokémon games that you can play on your computer. They’re ROM hacks, and they're sort of like the Yu-Gi-Oh cards you might have brought home after being on holiday when you were younger: just as good as the official ones but, you know… not necessarily official. The creators of some of the most popular ones agreed to have a chat, and share some of the passion, problems and community spirit to be found behind the scenes of making pocket monsters work on personal computers.

For years Pokéficionados have taken to the PokéCommunity forums and designed their own ROM hacks, mods which often eventuate in complete overhauls of games from decades ago. In fact, a lot of the most popular Pokémon ROM hacks are based on code from Pokémon Crystal. There are dozens of them, and among the most prominent is Pokémon Gaia, by "Spherical Ice". Ice first got into ROM hacking after discovering the aforementioned PokéCommunity forums, which they originally joined to share their pixel art sprites, including splices of different Pokémon or fake Pokémon they had designed.

"This was back in 2007, so I was probably violating COPPA rules because I was only like, nine or 10," they add. "At the time I wasn't really aware of what ROM hacking was, but I had always wanted to make my own Pokémon region." Over a decade has passed since then, and Ice is still designing Pokémon ROM hacks for the non-Nintendo world to enjoy. 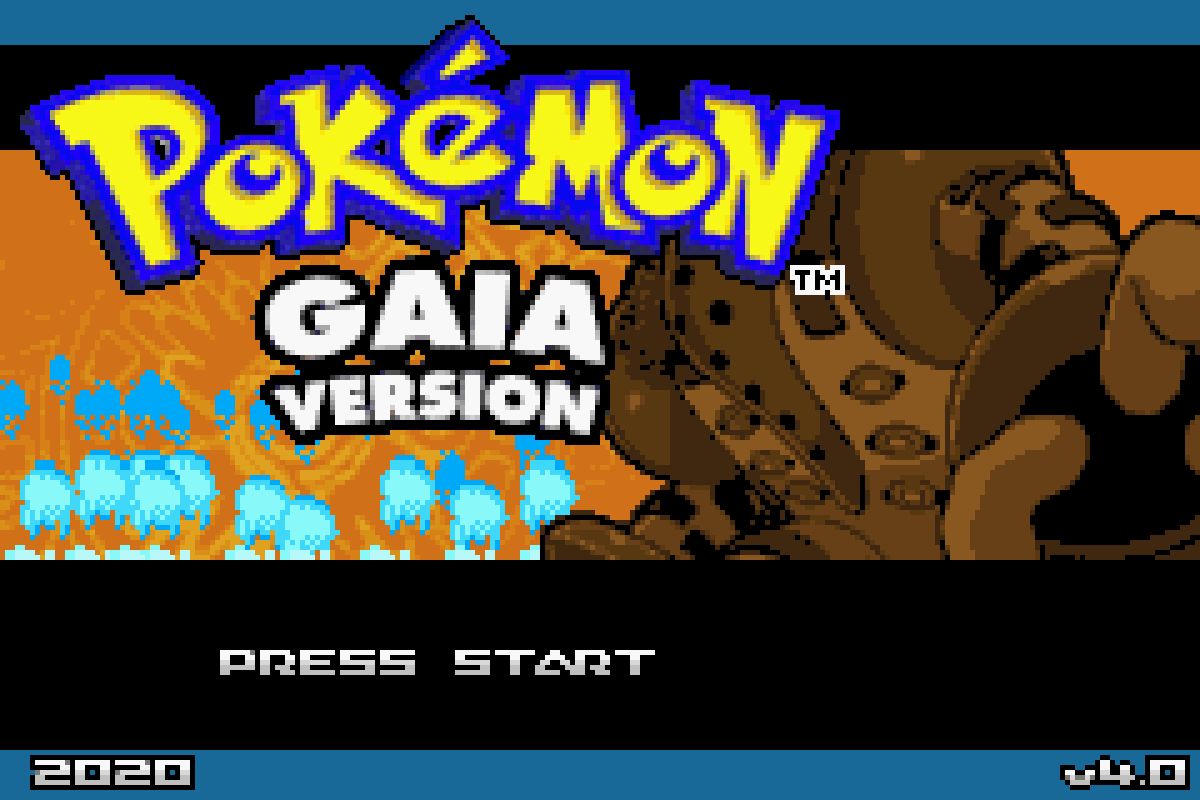 "For Gaia specifically, my main driving force was just wanting to release a finished ROM hack," Ice explains. By 2014 they had already started and abandoned at least three or four projects, which was a phenomenon occurring across the community at large. As hardly any of the projects were actually finished, people became frustrated. But Ice was one of a select few who had designed a hack that had actually got as far as the Elite Four, so they had an extra motivation to push onward and actually finish Gaia.

Ice’s original goal was to make something that was on par with the then-exemplary (and still very popular) Liquid Ocean hack, that “could pass as a convincing, official game.” The challenge came from a desire to port post-Fire Red features into an older game.

"I started the same way I had started all my previous projects, which was just by making my own towns and routes and populating them with NPCs and events," Ice explains. "Pretty quickly, though, I realised that I wanted the game to focus on Regigigas, and that quickly led me down a rabbit-hole of adding the data for newer Pokémon, moves, abilities, and so on."

Gaia then became something special in the community. It was the first ROM hack to incorporate Mega Evolutions from newer Pokémon games, for one thing - though Ice notes that the code for this was written almost entirely by someone else who wanted to help with the project. It's a testament to how much the community became involved, and Ice says that the scene has a history of keeping developments free and open-source. "I've tried to give back as I've developed my own abilities by making Gaia open-source," they explain, adding that the players are "all lovely" and that they've often sent kind messages over the years.

Gaia has even fostered its own speedrunning scene. "After the release of v3, my favourite memory has to be watching Werster's speedruns of Gaia," Ice tells me. "There's something weirdly satisfying about seeing five years of your work get zoomed through in an afternoon."

Ice says the collaborative aspect is a really important part for them. It can, they say, be tough to keep working on it as a solo effort, but Ice has been lucky enough to have talented artists approaching them to help with the game.

"Tell your readers to check out Revolocities and French-Cyndaquil, super talented guys," they say. "I've also loved working with my two buddies MrDollSteak and Ridaz who have helped with the hack and been sounding boards for my ideas for, like, half a decade at this point."

But of course, Gaia isn’t the only Pokémon ROM hack out there. "Lightning" is a graphics and mapping dev for Pokémon Prism, a Crystal ROM hack set in a new region. Originally developed by "Koolboyman", Prism was briefly cancelled and then resurrected by the community. After a stint working alongside Twitch Plays Pokemon Anniversary Crystal, Lightning joined the Prism team and began work on a decade-long project that not only works on PC, but also on the original GameBoy hardware.

"I’m a sucker for hardware-authentic hacks that can run natively on the systems they were designed for,” they tell me. “Projects like Prism are essentially homebrew built on massive engine rewrites and modifications."

Lightning explains that Gen 2 was always their favourite, and the opportunity to tell a brand new story but with second gen's aesthetic and philosophy was a dream come true. "I’ve always wanted to see new features or even full worlds transplanted into the original games," they add, "and it’s fascinating seeing that come to life."

Most of Prism’s makeup consists of entirely new features. Alongside revamps to battle mechanics and abilities, which were implemented to bring Prism up to par with more contemporary Pokémon games, it introduced skills like mining, added a range of side scrolling puzzles, and even allowed players to become the Pokémonsters in their party, almost like Pokémon Mystery Dungeon's dungeon-crawling. 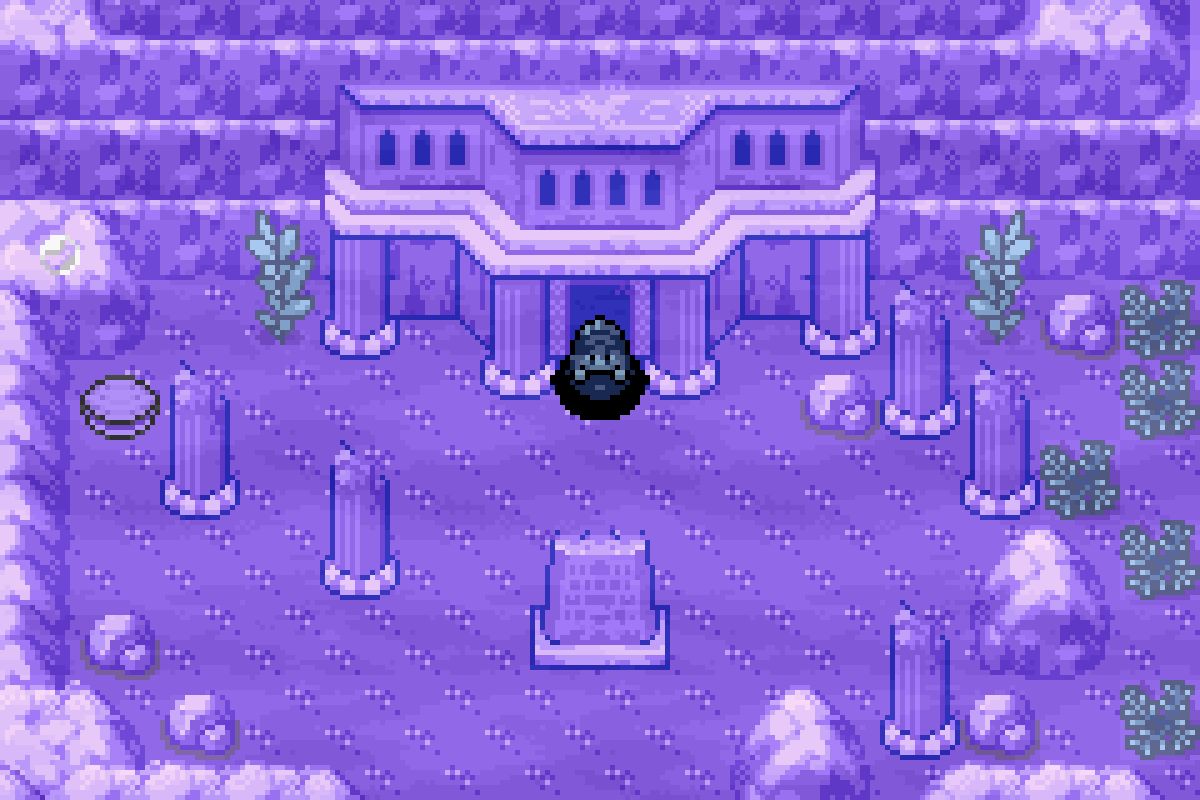 There’s also a lot that goes on behind the scenes. "ax6", the lead coder for RainbowDevs - the team that brought you Prism - tells me that although they could never have made a ROM hack by themselves, helping to realise good design has been a pleasure. Their primary job is to make minor quality of life changes that have a major impact, like correcting battle damage, making saving fast, or making the game faster. "They are almost invisible improvements that make everyone happy. Of course, my largest contributions were new features and the code required to make everything run under the hood." They’re currently working on a massive engine overhaul, which will hypothetically allow anyone to access the engine and build a full-fledged Pokémon hack on top.

"It's a wonderful feeling to play a Pokémon game and use features you've designed and written from scratch," ax6 adds. "It's literally a childhood dream come true."

Prism even has a composer onboard to “de-make” music and rebuild it again from scratch. "I think I have my Anniversary Crystal and Prism work under the alias GACT," chiptune de-mixer "Ocelāt" tells me. "I can't completely remember the specifics, but I recall hearing about the Twitch Plays Pokemon Anniversary Crystal project."

Their task was to take songs with six or more channels and condense them down to the Game Boy's limitations of four - or three for music in battle scenes. "And also transcribe the instrumentation of things like trumpets and flute-like sounds down to what the Gameboy was able to produce, like square waves," they explain. You can listen to all of Ocelāt’s de-made and remade music on SoundCloud. Their main task was to decide which parts of the instrumentation were most memorable, so that the raw-stripped down version still retained the soul of the original. They had their friends sing each instrumental line so they could say, "right, not that one."

The Battle Arcade theme, however, is an original piece that they wrote specifically for Prism, Ocelāt continues. "I needed to ensure that it was written in the same feel and style of gen 2 - that was likely the most challenging part."

Another member of the Prism team, "Zeii", works in the coding department. They joined the project after it had originally been cancelled. Then a community member, it bothered them that so much had been left incomplete. Rallying up a team of like-minded Pokémon fans, Zeii and their pals helped to polish up the remnants of a cancelled Prism. 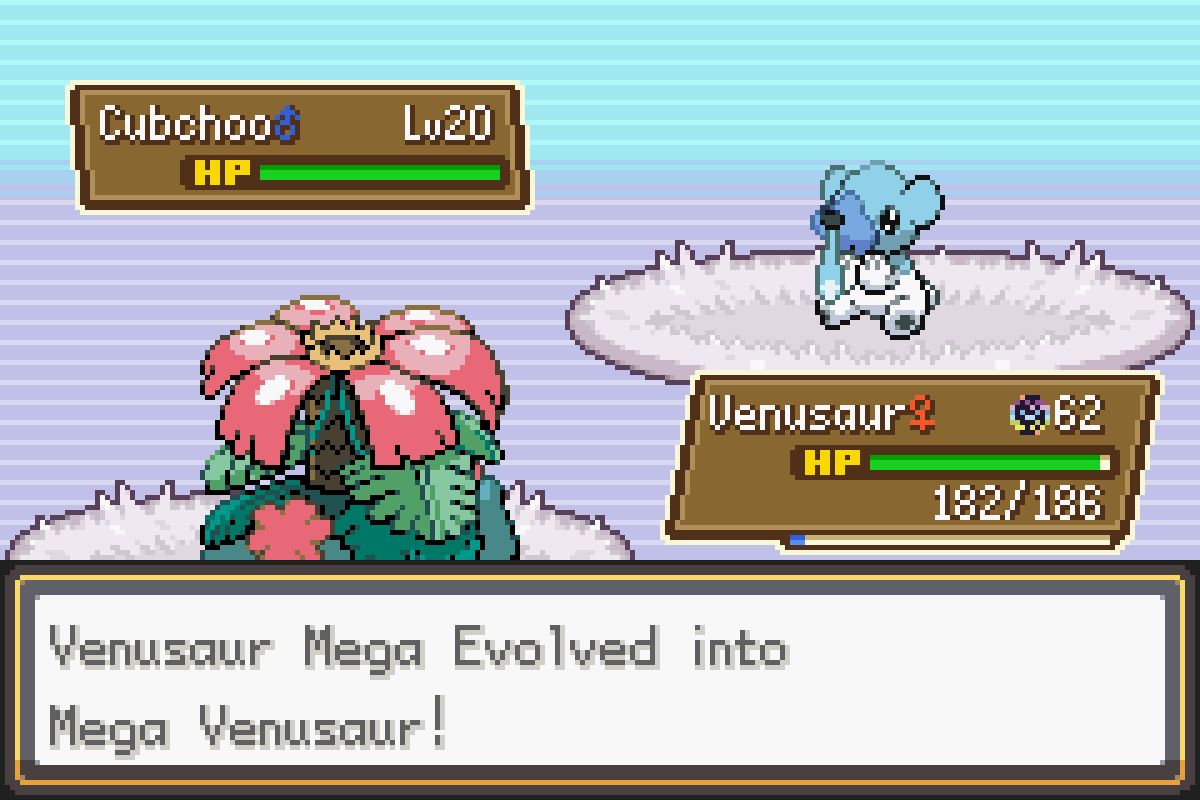 "I spent most of my time fixing typos and errors in things like Pokémon learnsets and TM lists," Zeii explains. "Just making sure that all the Pokémon behaved as expected. I personally went through the entire list of Pokémon to make sure there were no missing level up moves or learnable TMs."

Zeii exemplifies the degree of shared passion in this project: because their coding skills are limited, they kept busy doing whatever they could so the duty never fell to anybody else, while during that time the rest of the team helped bring them up to speed with Prism’s codebase.

Naturally a thriving community has formed around Prism. On Discord alone, over 8,700 people congregate to, according to Lightning, help each other, share insights, and "yell at the developers whenever they find bugs."

"They're pretty much all lovely people," Zeii adds. "I have put stuff in the game they've asked me to, though not a whole lot. Many late night arguments about whether or not Yanma should learn Surf were had."

Prism has had its fair share of bugs too, of course. Lightning also highlights what they call "dev in a nutshell": Koolboyman saying everything looks good, before discovering all the battles were crashing moments later. Five minutes is all it takes for a Pokémaster to go from hero to zero.

Clearly, there’s a lot of behind-the-scenes work involved in ROM hack maintenance, and the devs behind both Gaia and Prism are a testament to that. But there’s also an equal amount of passion. "Everyone wants to see the limits that can be broken, and Koolboyman’s original vision of what Prism can be," Lightning says.

So while the new Switch titles are tempting, and Temtem is just around the corner, you should also look into Gaia, Prism, and the countless other ROM hacks out there, all doing their own ambitious things.

The images, all from Pokémon Gaia, were kindly provided by the developers.