You. Hey you. Come here. Closer. You look like someone interested in unorthodox game updates? What are you looking for? Stellaris? Right, right. Shhh. Keep walking. You don’t know me. See that guy up there, with the three arms and glowing eyes? Tell him you’re here for Stellaris mods. He’ll hook you up with some prime grand strategy space gear. We’re talking total conversions, quality of life updates... we’ve even got some aggressive new AI. Go on, you’ll like it...

And that’s how I was introduced to the Stellaris mod scene.

It's almost too big to comprehend. Several thousand files on the Steam workshop. Stories, fixes, races, and so much more. People have animated the eyebrows of the most meagre Star Trek races for your strategic fun. They've created solar system sized weapons to make the endgame more of challenge. You can mod absolutely everything about Stellaris, so let's go.

How to mod Stellaris

We’re dealing with the Steam workshop for all of these mods, so you just click and download. Stellaris has a mod manager built into the launcher that lets you enable or disable mods, and you can also create sets of mods that’ll launch together. So you can download as many mods as your hard-drive can suffer, then turn them into specific sets to play with.

Stellaris is surprisingly tough to play at higher resolutions. The UI struggles to adapt, with windows like squat portholes that you squint through to see the information. UI Overhaul Dynamic is a group of mods that aims to fix that.

The main interface modifier adapts things to the player’s resolution, increasing the width and height of all the windows. You get bigger planet overviews, a new ship designer that allows for more ship sections in the window, and more. The whole flow of information changes with the new UI, and there are 18 add-ons that will let you tweak things. The add-ons will let you increase your building slots, change the font, remove backgrounds, and more. A must-have mod. 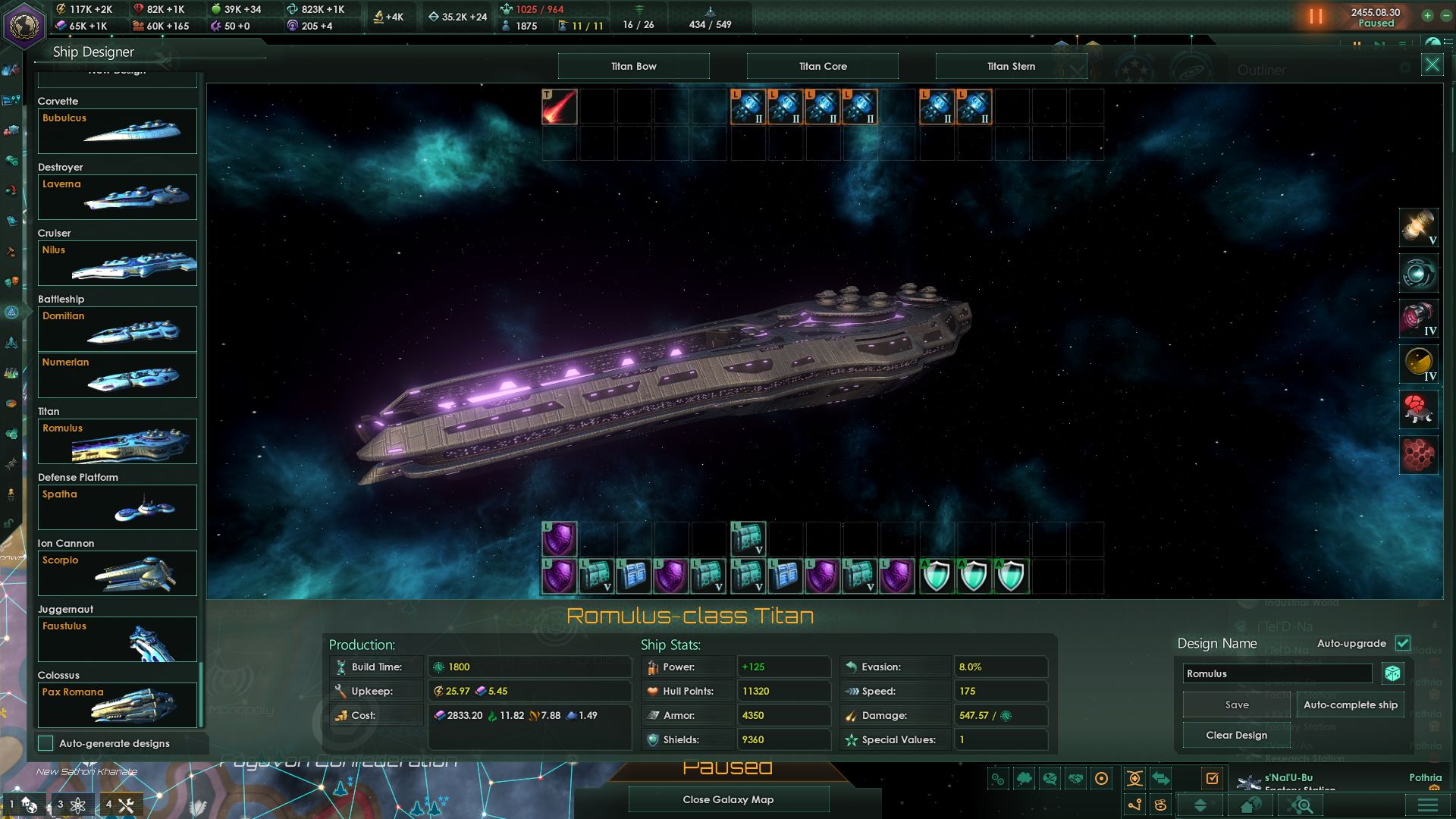 The universe is a big place, but it could be more interesting, which is where Planetary Diversity works its terraforming magic. The mod adds 43 new planets to Stellaris, with 25 regular types, 12 rare worlds, and six uninhabitable additions.

There are sub-categories of worlds mixed into the game’s bubbling brew, now, each with custom artwork. At the beginning of each game, every world will be rerolled into a sub-category of the base world. Dry worlds will become Arid or Prairies. Cold worlds can become Tundras or a mushroom-based Mycelium planet. Rarer planets will spawn, too. Rogue Worlds are planets that have been knocked through space like a pool ball and ended up orbiting a black hole. Their geothermal activity allowed life to cling to it, which you can take advantage of for mining and energy production.

There are several add-ons as well, with more out-there additions or reworked mechanics. It’s an essential upgrade if you want more vibrant solar systems. 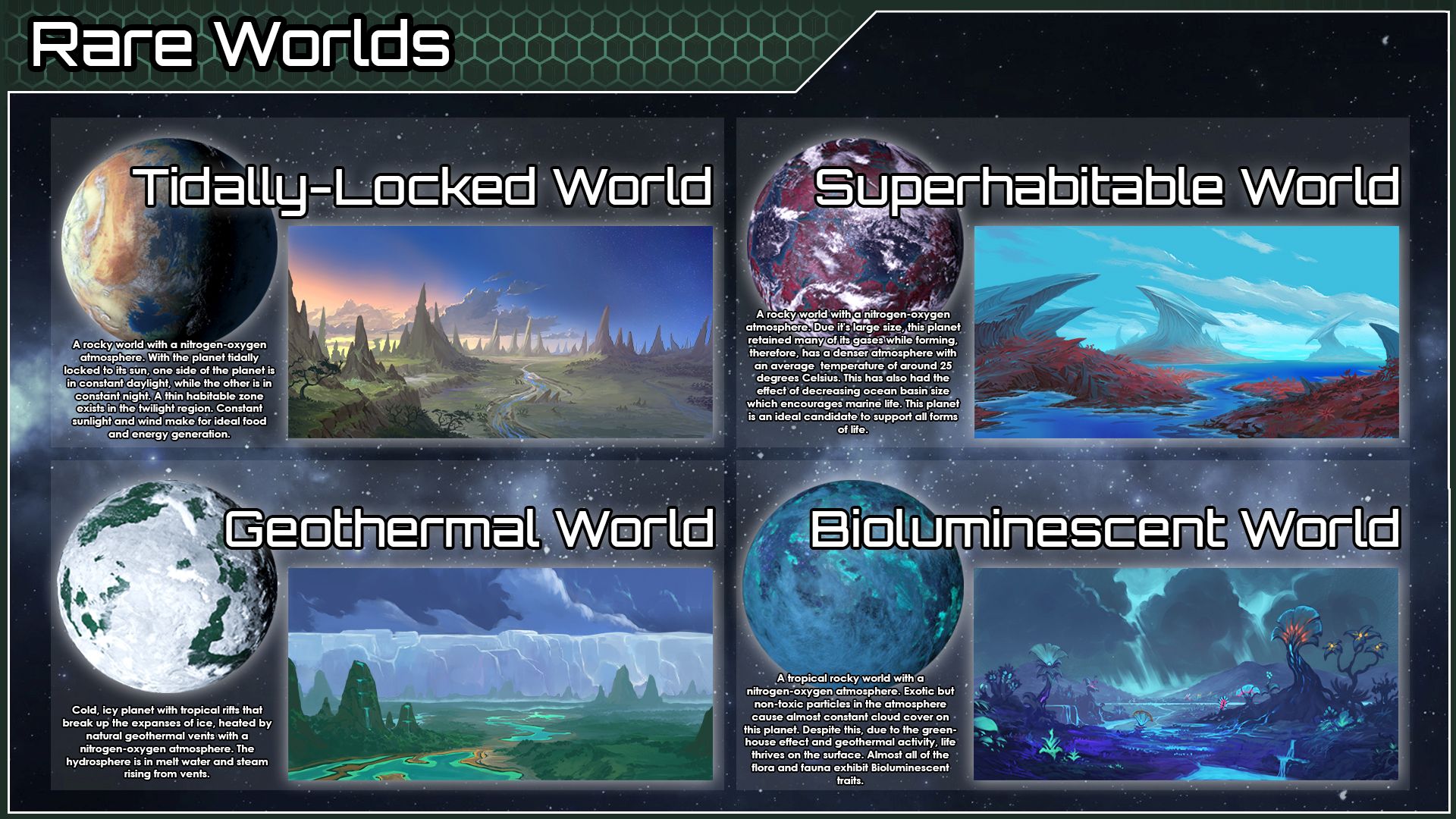 As the mid-to-end game sags a little, when you’ve seen most of the map and are dealing with the less fun parts of keeping an empire running, More Events Mod will keep things interesting.

Lots of little twists will come at you. Interesting little nuggets of Trekky sci-fi, like the discovery of Precursor ruins on settled planets and in owned space or finding a war machine from a race of bastards. Nothing too consuming. Just stories that will flesh out the game and keep you intrigued all the way to the heat death of the universe. 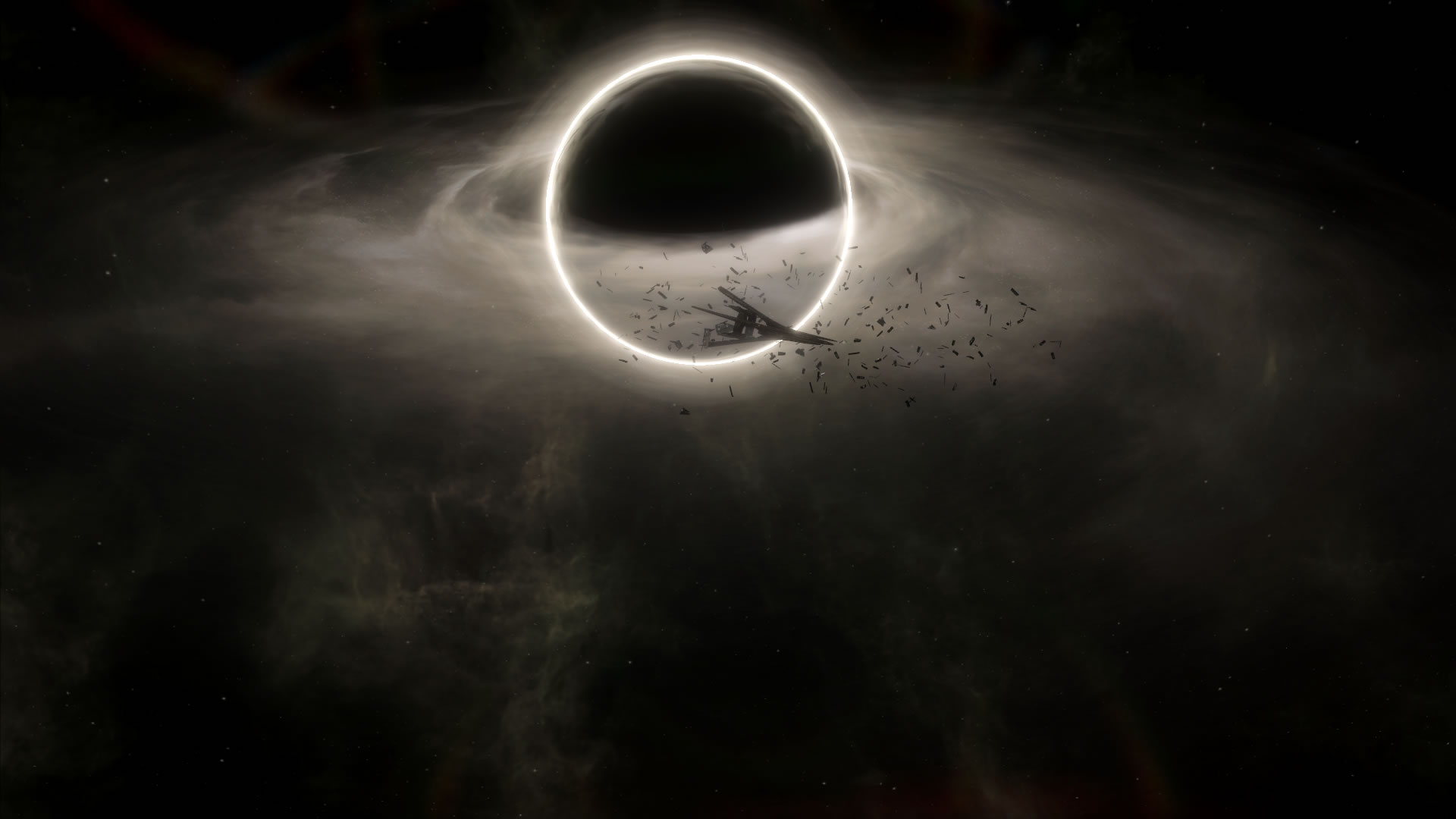 If you want more of that sci-fi sense of wonder in your game, Guilli's Planet Modifiers and Features is a supernova of discovery.

It makes exploration more exciting. With over 300 unique modifiers for planets and the rest of the worlds, over 100 new planetary features, and a similar number of events, this is perfect if you feel like you’ve seen everything in the chunky Stellaris lore book. A few clicks into a new game and you could be staring at a machine world core and pondering just what to do with it.

Additional events can trigger after you’ve discovered and colonised worlds, setting off quest chains that draw from your own ethical choices. There are loads more, and it's a great upgrade to the base game. 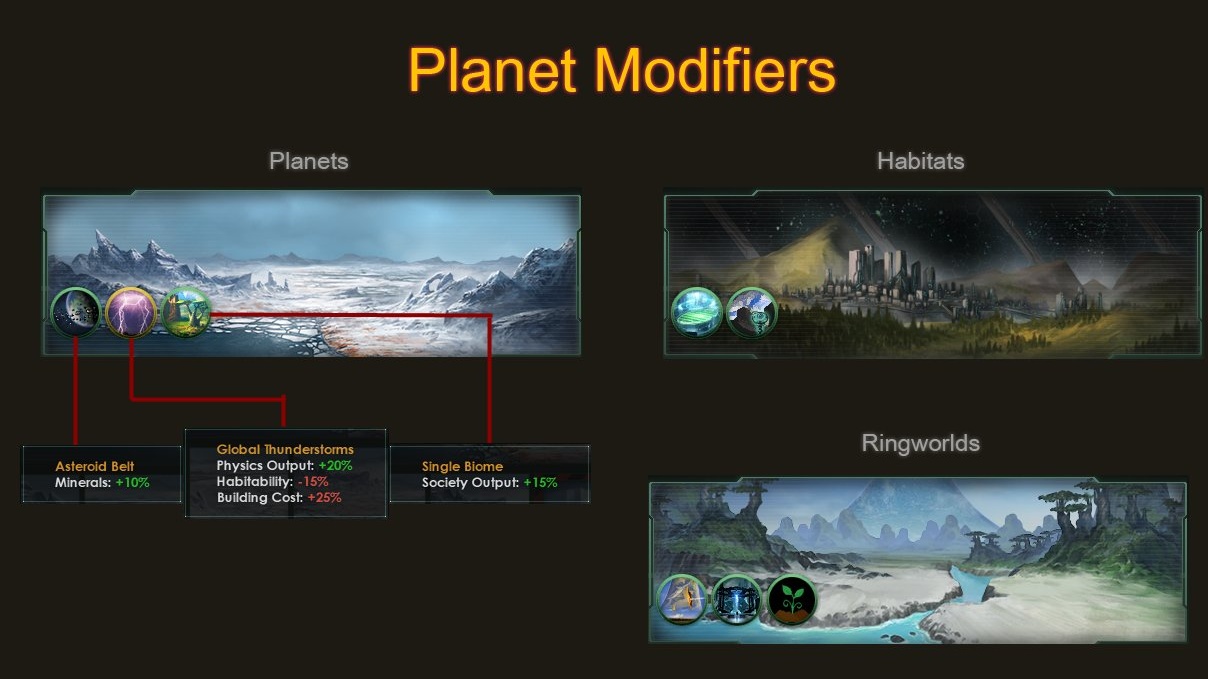 Do you want more facts in your science fiction? Real Space 3.6 adds a whole heap of realistic star systems to the galaxy generation.

As you click through a newly generated galaxy, you’ll discover some stunning additions to the game, like a proto-star sat in a plane of galactic gases, spitting out burning matter at its poles. The mod also seeks to rescale the map, change orbits, and more. You can even set-up the game to resemble Sol and its closest neighbours.

And it has a number of add-ons, adding things like space weather and star clusters. It’s the perfect mod if you’re a bit of a stargazer. 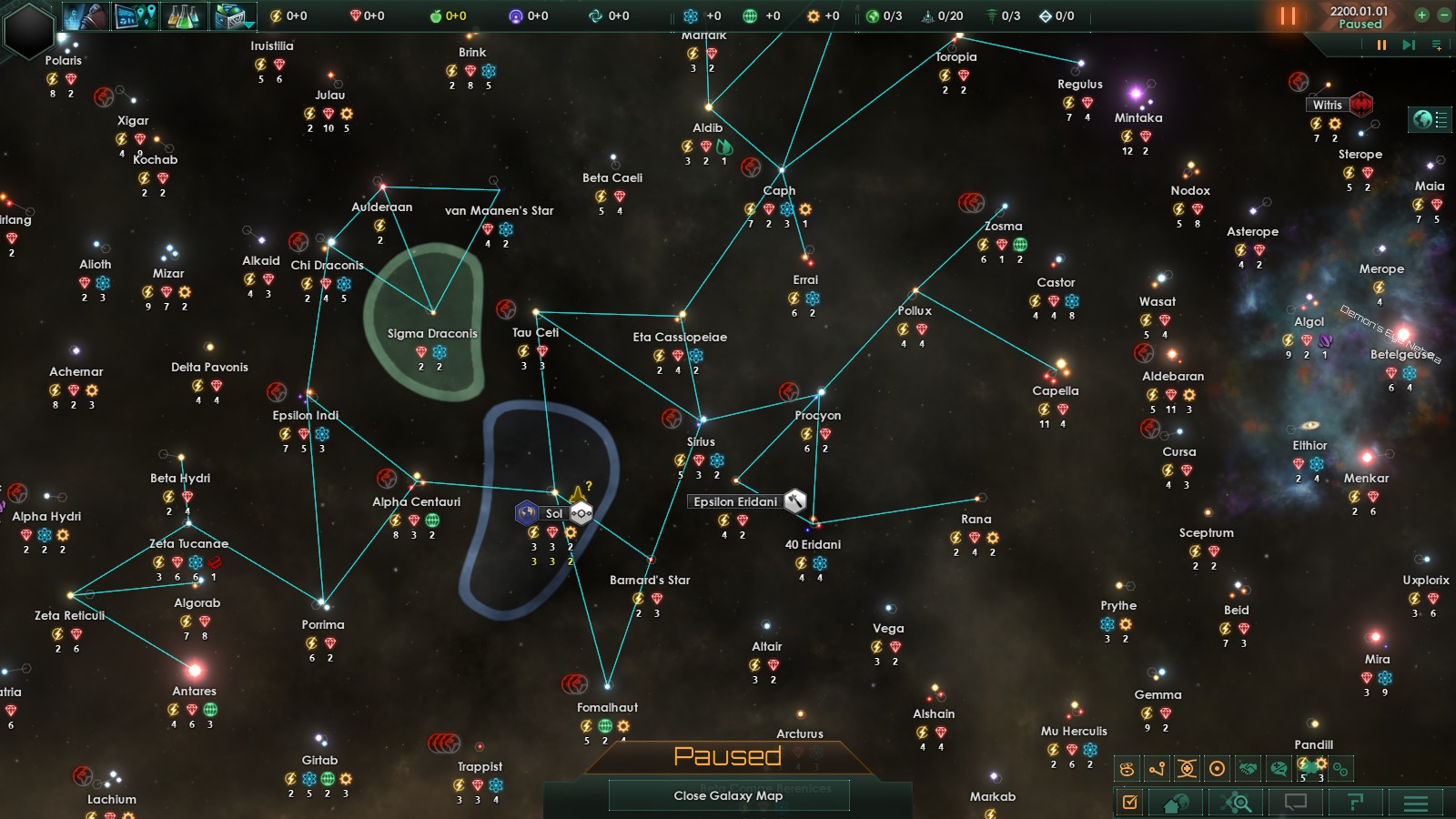 If you want to augment real space, then Beautiful Universe 2.0 is a great way to go. It’s a curated selecting of spectacular skyboxes, using NASA imagery, Eve Online backdrops, and digital art to craft a gorgeous galactic canvas. Use this file to combine both mods. 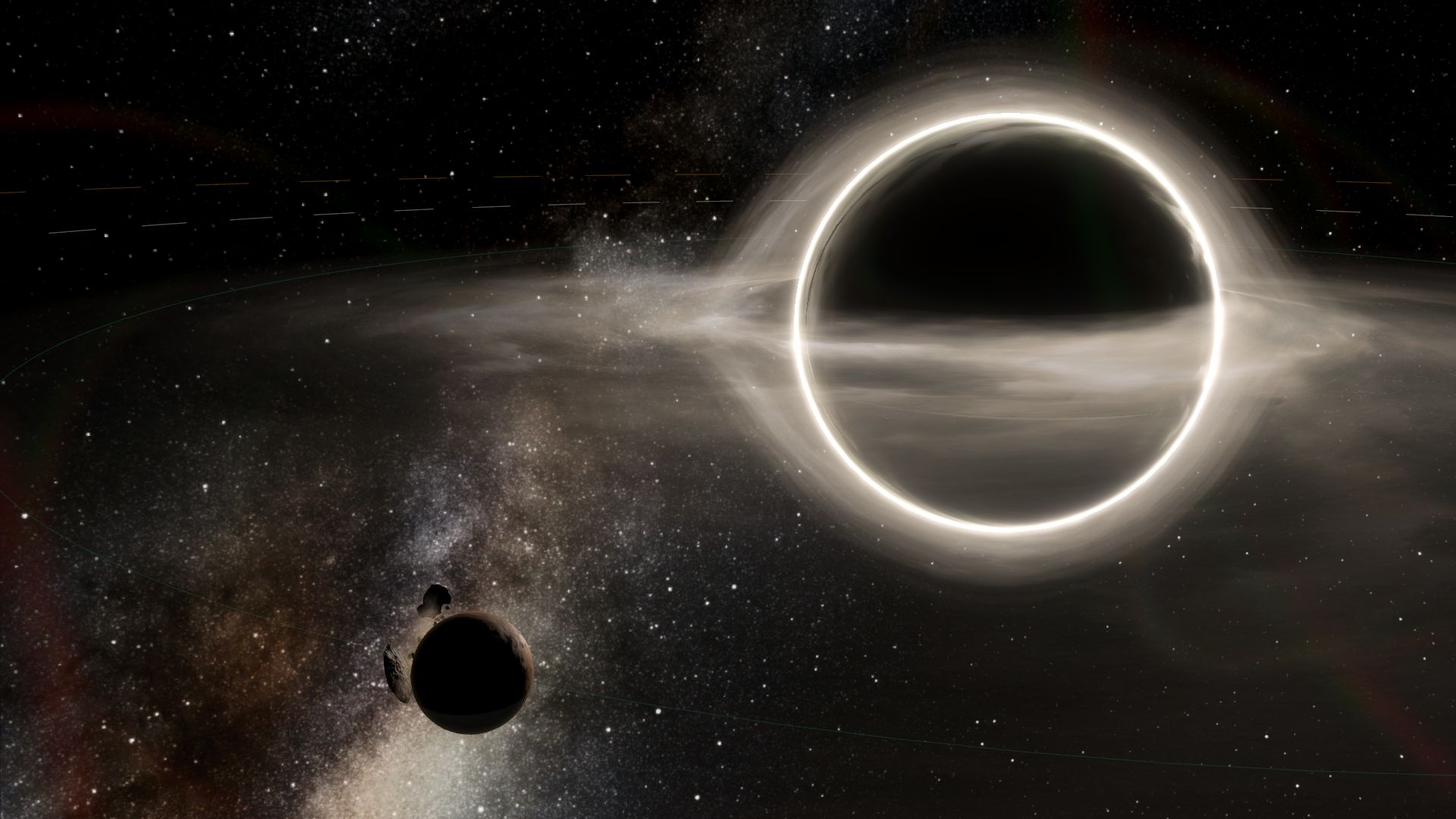 If you’ve modded the graphics, you might as well mod the camera. Realistic Camera is a simple addition to the game that will give you free camera movement in both the galaxy and the system view. You can get as close as you like to the roiling suns and drifting nebulae. Just don’t melt.

Of course, Stellaris is about more than just gorgeous starscapes. Your expansion as a space race will have a large impact on the galaxy, and Gigastructural Engineering will help make it more interesting.

It expands on the megastructures of the game, adding 40 more with several effects. There are system-sized computers and star-sized particle accelerators. As you can expect, they’re huge resource sinks that provide large bonuses to your empire. I love the idea of the Nicoll-Dyson beam: it eats up all the planets in any system it’s built-in, but you get to use a star’s entire output to power a system-destroying laser.

There are a number of Stellaris AI mods. This one aims to “fix” the crisis endgame state by making it far more aggressive.

It’s not just a numbers game. ACEMOD adds custom pathfinding, aggressive fleets, tactical recalls, and new tech to make the all-consuming crisis something to take seriously. Every empire is at risk from the Contingency, Prethoryn Scourge, Unbidden, Aberrant or Vehement’s desire to rid the galaxy of all life. Their fleets will not stop, each has a colossal ship (which can be toggled) to wreck whole planets. It sounds like the most painful thing you can do to yourself, but if you have a few thousand hours of stellar empire management under your belt, it’s time for a challenge.

All of Star Trek, from a few years before the first Enterprise, all the way out into the uncharted territory of the 2400s, is in ST New Horizons. It will allow players to play on crafted canonical maps, fly the famous ships, meet new civilisations, and build an empire from while dealing with over 90 Star Trek races.

This is an astonishing piece of work. Grab the Borg and start threatening the existence of all life, pick the Bajorans and rail against the uncaring universe. You’ll have over 450 ships, race specific mechanics, megastructures drawn from every corner of Trek canon. Life as a Federation colony will be entirely different to the nomadic Hirogens. And you can do it with an LCARS UI, though I found it a bit distracting and soon swapped back to regular one.

Given that there’s no modern Star Trek equivalent game, this is by far the best way to build your own Federation and fight the Ferengi.