Today is my last day at Rock Paper Shotgun. Which is damned weird to type. As I chronicled at quite some length last week, creating RPS was a thing I helped do, along with Alec Meer, Kieron Gillen and Jim Rossignol. It is, in a very not real sense, my baby. It's weird to just walk away from your baby.

Except, and see if you can follow me here, RPS isn't actually a baby. It's a website. Walking away from a baby is a very terrible thing to do, because they're helpless idiots. RPS, in contrast, is, as I've mentioned, a website, and it's legally fine to walk away. But it still feels really weird.

I've come to work here (by which I mean, stumbled from my bedroom to my study) for twelve years. It's what I do. I really don't know how to imagine not doing it.

I have an awful lot of thank yous.

Thank you to Jim, Alec and Kieron. They are my friends, and I love them, and they put up with me as I put up with them for many years. We did something good here.

Thank you to Quintin Smith and Nathan Grayson and Adam Smith and Alice O'Connor and Graham Smith and Phillipa Warr and Brendan Caldwell and Alice Bell and Matthew Castle and Katharine Castle and Alice Liguori and Noa Smith and Matt Cox and Dave Irwin and Ollie Toms and Nate Crowley (and Dominic even though he's freelance) and oh God I hope I remembered everyone. Every staff member of the site (I co-created a business that has staff? I still can't believe this) has brought a unique voice that has shaped RPS into a new beautiful amorphous lump, an ever-changing creature that sings pretty harmonious songs. When someone leaves, they leave an unfillable hole, and the shape changes some more.

Thank you to every freelancer, who I obviously can't list because it would take a million years, but an especially huge thank you to Tim Stone, who was with us at the very start and has been a rock throughout. And now I feel bad because I want to thank everyone else. But I'll make myself feel worse by saying: Cara and Craig, you did so much and shaped so much too. And Marsh! And Porp! And... no, this isn't helpful.

Thank you to Positive Internet and Nick and Johnathan, without whom we literally couldn't have existed. Thank you to Eurogamer/Gamer Network for believing we could make them lots of money, and then being right.

Thank you to Graham, again. Because he's the secret sauce of RPS. We first employed him to be our boss, someone to be in charge of us because we were all too silly. And it rather worked. Now he's actually properly the boss, and he's done so much for the site, before and after its being bought by Evilcorp. He's a proper hero man.

Thank you to my wife Laura who is incredible and has supported me and encouraged me to keep fighting in all the shitty times and I love her. 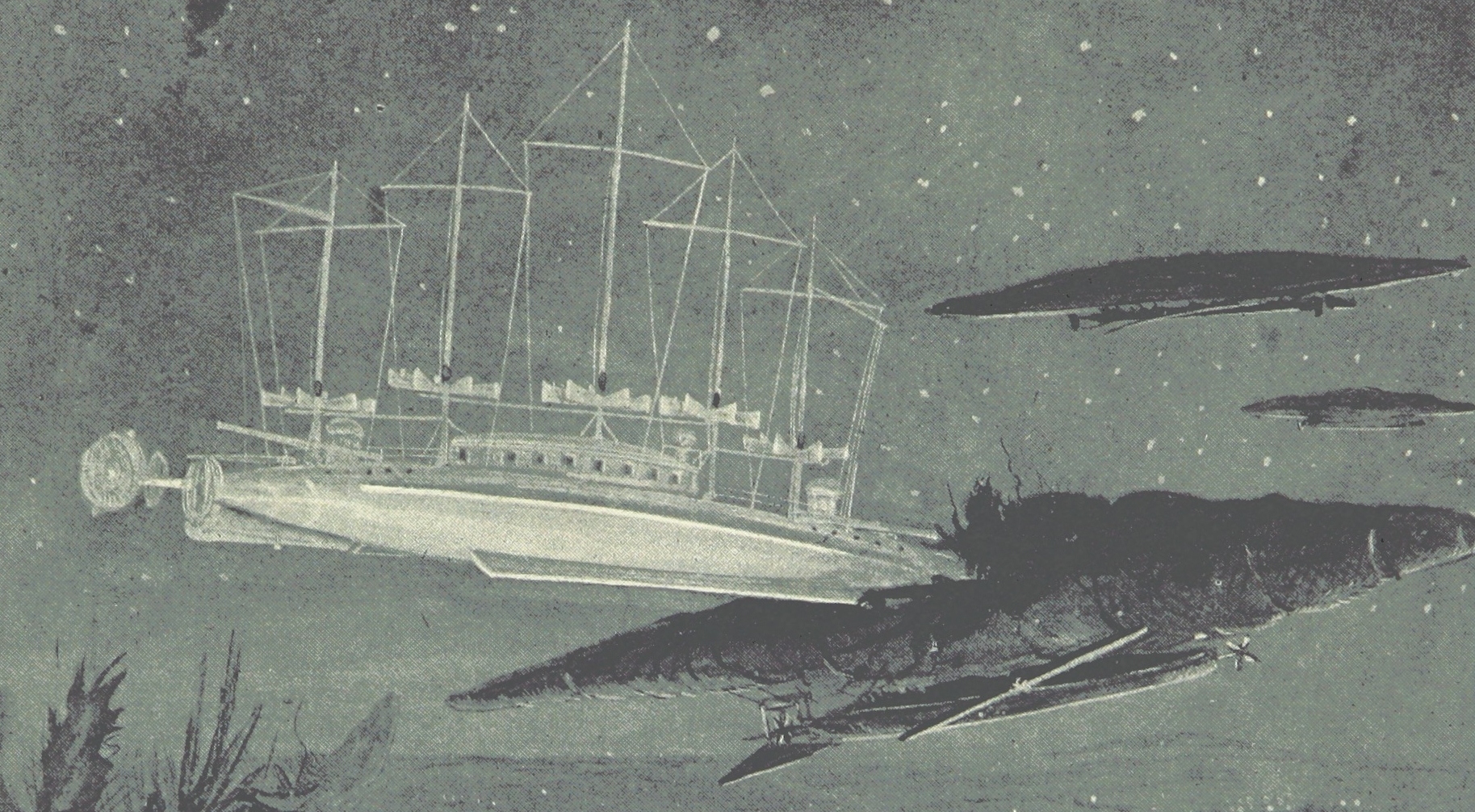 It is such a proper actual joy to know RPS lives on without its aging parents. That Alec and my leaving this month actually changes very little, really. I'm essentially vestigial at this point, a sort of overgrown skin-tag you've grown to not mind so much, but probably should remove in case it turns a bit funny.

Our not-baby can stand on its own, even walk around and order food from vans. The current generation of writers is just so flipping good. Gosh, have you even read what they're writing? I mean, I hope so. If you're just staring at the pictures you're really missing out on the full spectrum of what RPS has to offer. And then in a couple of years one of them will announce they're leaving, and you'll be all, "Oh noes! But how can RPS carry on without X?! The whole site depends on them!" And it won't be true then either.

It appears to now be traditional, upon leaving RPS, to put together a collection of favourite articles wot one wrote. It's been twelve years, and I'm a forgetful person at the best of times, so bear with me. And as Alec said last week, all of us idiot writer types hate most of what we've written about 30 seconds after it's done, so I link everything with a cringe of horror that I'd never have written it that way now.

This was a lot of fun. Bulletstorm was an ace game, that for some absolutely idiotic reason, Fox News decided it wanted to take down. They asked, "Is it the worst video game in the world?" This was mostly inspired by the uninformed ramblings of renowned idiot, "psychologist" Carole Lieberman, who made the utterly abhorrent claim that the game would cause people to rape. Which I figured needed addressing.

Oh boy it went well. I got in touch with everyone Fox had interviewed for the piece, and nearly every one of them got back to say they'd been misrepresented, quoted out of context, or outright ignored! Except for Lieberman who pretended that she'd been misrepresented and then dished out some absolute gibberish. This all somehow got even better when the Fox reporter John Brandon responded by writing another stream of absolute bollocks, this time targeted at us!

Oh it was a rare old time.

I am proud of this scoop. We discovered that EA and Maxis were talking through their hats about the disastrous SimCity reboot only being possible to play online, and exposed it rather well.

Which led to a thing I called The Silence, which demonstrates how big-name companies use prolonged silence to make big issues go away. Something that now feels very much of its time, the last five or so years of social media growth having made such methods far less effective.

Nothing inspires me to write an editorial more than a great big blowhard like 3D Realms founder George Broussard calling for me to be fired! I had made some offhand remarks about wishing 20+ year old games would just go into the public domain, and George said it was "the stupidest sentence I've ever read". (Quite something for a man who worked on Duke Nukem Forever.) So I thought I'd explore that properly, and according to RPS's appallingly edited Wikipedia entry, it's one of the two controversial things we've ever done. Hmmmm. It's a really decent piece of writing though, and one of very few that doesn't make me want to curl into a ball to read it now.

I met some of Monty Python!

I live in a slightly different universe from you. In my universe, very tragically, Terry Gilliam died in 2015, right before he turned into a big old turdhead in yours. I was lucky enough to meet him, one of my absolute heroes, the director of the greatest film ever made - Brazil - before he died.

And, rather more seriously and far more sadly, at the same time I also got to meet Terry Jones before dementia so cruelly took his voice away.

The reason for this was their promoting some absolutely god-awful Facebook game in 2010, which clearly neither had ever played nor vaguely cared about. And rightly so, because it was so dreadful it never even got released. Fortuitously, I'd foreseen this inevitability, and of course only agreed to go to the preview because of the opportunity to meet actual living heroes. So my prepared questions weren't about the game at all, but rather things that mattered to me, and I hoped to them: the importance of silliness.

You can see the interview in the link above, although it's in a terrible shape - the video sent over to us was riddled with glitches that couldn't be fixed, and they'd failed to record my voice asking the questions at all - the rescue job in the article was thanks to my excellent friend Jo.

I understood something very important about mental health on the day I read a blog post, a result of a google of my symptoms, and saw what I experience written down in terms that made it normal, expected, commonplace. Once I had a name for what I was suffering - intrusive thoughts - I was able to start getting better. I had the term I needed to finally get the right help, the right diagnosis, and the right treatment. My life is immeasurably improved. At the same time, I also happened to co-own a website with over three million readers. I didn't really have much choice but to try to make it normal for someone else.

I wrote this and I wrote this. And both times I received emails from people who had read it, recognised themselves, and started to get support. Which is incredible!

I share this because I'm proud of it, sure, but also because I want to encourage others in a position to be able, to do the same. To talk about mental health, to normalise it for people, to let them know they're very definitely not alone. Hello, my name is John, and I'm on 30mg Citalopram. (Oh, watch this too, it's amazing!)

Right, gosh, this is long. I didn't get where I am without loving talking about myself. I shall finish with this:

I'm sad to be going. It's definitely time to be going. I'm ready for something new, although I'm not entirely sure what it's going to be. But I'm going to miss my friends. The square of my left monitor where the Slack window goes is going to be a gruesome hole. I'm also going to miss so many readers, whose names are so familiar despite our never having met.

If you want to keep in touch, and find out what happens next, I'm @botherer on Twitter, and you can email me via john@hairycyclops.com.

It's been amazing. Thank you.