There's a new Call Of Duty around the corner. Call Of Duty: Black Ops 4 is out on October 12th, so I sat down with Treyarch's studio design director David Vonderhaar and Jason "Director of Zombies" Blundell to quiz them about the game's new battle royale mode, Blackout, why they've left regenerating health behind, and how they handled no longer making a singleplayer campaign mode.

RPS: It takes surprisingly long time to kill someone in Blackout, the new battle royale mode. Why did you decide to make people so much more resilient than in normal multiplayer?

Vonderhaar: Fun question! What you might be experiencing is some of the early game tuning for the beta, but in a battle royale game where you have one life to live, we wanted to make sure that you have an opportunity to fight back - and that’s why it’s different than in MP. It’s somewhere between multiplayer and Zombies, it’s not as aggressive as multiplayer where you can re-spawn and get back in the fight. That’s the primary motivation for having the ‘time to kill’ as we call it, the ‘TTK’, being a little bit longer.

Jason Blundell: ...and in Zombies we try and just kill you as quickly as possible!

RPS: Do you see Blackout mode and the normal multiplayer modes as being designed for separate audiences? I can see how acclimatising to the TTK in Blackout might make me worse at the twitchier modes, and vice versa. 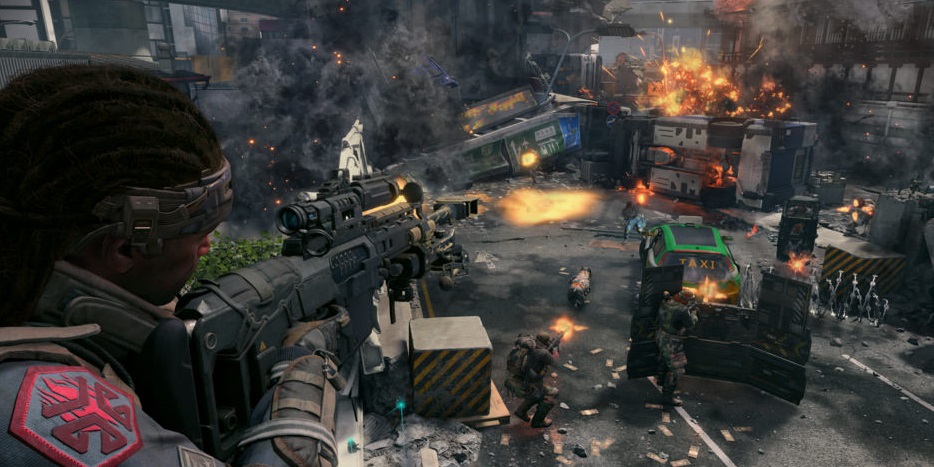 RPS: With Blackout, are you worried the Perk kits feel unfair? It sucks to be killed by someone with silent footsteps, or by someone who realised you were sneaking up on them because you were aiming at them.

Vonderhaar: I never worry about the game tuning because we’re really good at figuring out the right combination. I’ll tell you what’s really neat about Blackout in particular, for game tuning, is that we not only kept the ability to make something like dead silence more powerful or less powerful, we not only have the ability to make awareness - the counter-perk to dead silence - more powerful or less powerful, we also can tune those items based on how often you can even find them in the world in the first place.

So tuning and balancing are sciences that we’ve gotten particularly good at through our ten years of experience of making Black Ops multiplayer games. So I’m never worried, I feel like we’ll find the right balance of these things. 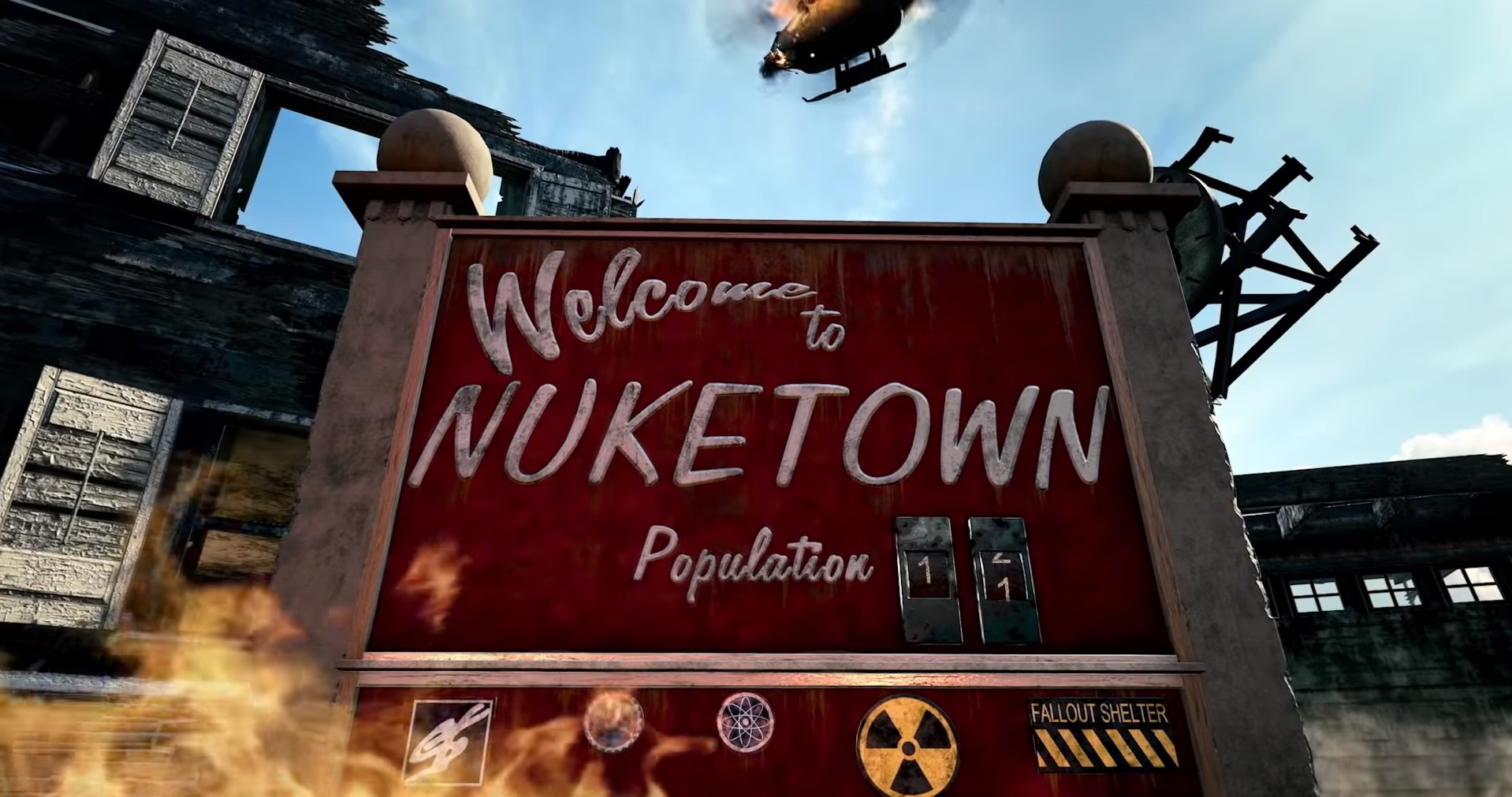 RPS: People associate the battle royale genre with the experimentation of early access. How does being a retail game affect your priorities? Will we see regular updates?

Vonderhaar: I don’t think whether you're retail or not retail factors in. We’re creatives, we’re game makers at Treyarch, we leave the business to the business folks. That’s the Activision folks, they decide the best way. For Jason and I and all our friends and family at Treyarch, we’re really just trying to provide the best creative game experience that we can for our fans and that’s what we focused on.

RPS: Zany weapons and gadgets are the best part of Blackout, although they seem relatively rare. Did you deliberately try to avoid them dominating regular gunplay?

Vonderhaar: High value items, like monkey bombs and zombie rayguns, all those need to come from the zombie experience - that’s super important. So if you’re fighting zombies, and you either destroy zombies or you get to the mystery stash that spawns when they do, then the zombie things are not that rare if you’re battling zombies. But they’re not part of the experience where you’re not playing zombies - that’s why it’s fun when you collide the worlds together.

The specialist items, things like the grapple gun or the flamethrower, or the annihilator - not all of those were even in the beta in the first place, so it’s a little more sparse than it will be at launch, but no it’s actually super important that those things are well-considered tuning choices, and the frequency of them is appropriate for the power band that they have. That’s what makes working on Blackout fun, because it’s not just turning them up or turning them down, you can also control the frequency of distribution. That’s a new tool in our design toolbox, because you’re not loaded out before you start the game. You’ve actually got to go out into the world, so it’s only as rare as your ability to explore and learn how and where to find those items, like in care packages, stashes or fighting zombies. So It’s deliberate design there. 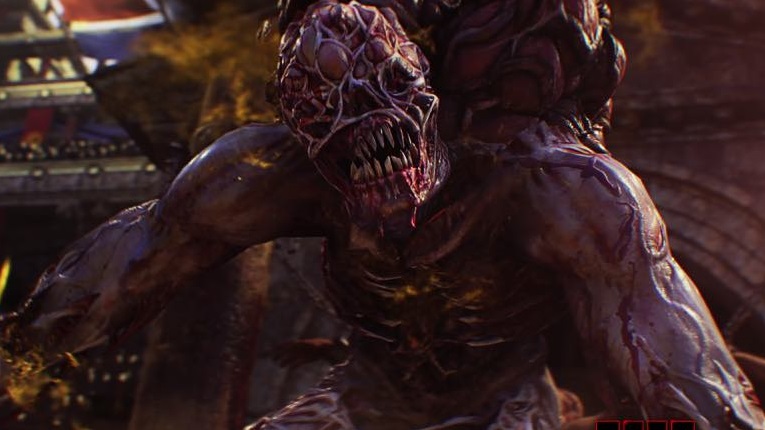 RPS: OK, let’s talk about the normal multiplayer modes. So in an interview with PC Gamer, you mentioned - I’m not actually sure if it was specifically you - but you wanted to “combat toxicity by designing systems that make teamwork stronger”, and you said that “whatever you do to help yourself will ultimately make your team better. Can you give me an example of how that might work?

Vonderhaar: Yeah, so if you’re speaking about being a lone wolf, it’s important you understand that things like the scorestreak system are still in play, so even if you’re not doing something specific to help your team, everything matters in the way that you earn in to the higher-end scorestreaks. A good example of this is if you’re playing team deathmatch, the objective of the game is to go out and get more kills than the other team. You can be very successful with that on your own, but one of the things that you activate, use or have abilities for are things to help your team win. So by doing the things that you normally do, even if you’re what we call a slayer or a lone wolf, then you’re still advancing the [team's] agenda. You’re not forced into this particular role at any time, but when you’re doing it you’re also helping your team.

RPS: After 15 Call Of Duty games, why have you ditched regenerating health?

Vonderhaar: You say ditched, I say evolved! And I think it’s very important for a game like this, one that has a more tactical grounded combat experience overall, to introduce new mechanics into the gameplay loop. That as a tactical choice - when you get to feel is something appropriate to the game we’re trying to make - you have to evolve the franchise, you have to evolve the brand, you have to evolve even the sub-brand of Black Ops and do new things that present new choices to the player and the player agency, and you say ditched and I say made better.

RPS: OK, specifically in what way has it made it better, though? How exactly does it change the flow of battle?

Vonderhaar: Now you have to make a very cautious decision when you’re going to heal, and not just when you’re going to reload your gun. In the fast-paced, fluid combat environment that is Call Of Duty: Black Ops 4, especially for multiplayer, those milliseconds of choices could be the difference between victory and defeat.

Outsmarting yourself and healing at the wrong time, or outsmarting yourself and reloading at the wrong time, could end in you going back to the re-spawn pool and having to go do it again. Those moment to moment choices provide player agency, so a choice on when you get to do that or not… You do it right and you feel really smart, do it wrong and you have something to learn from.

And that’s what creates this kind of long tail engagement experience - we like the game to be easy to play but difficult to master. And you need to do new things in order to get there, because you’ve already mastered how the last version works after 10+ years of it. 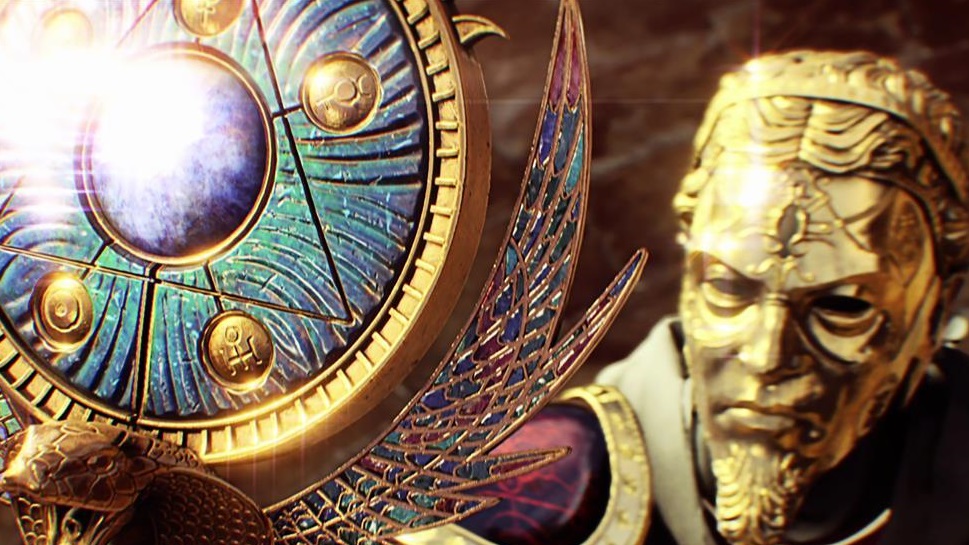 RPS: The time-travelling Zombies trailer suggests Zombies mode might have a melee focus this time round. Any comment on that?

Blundell: I assume you’re referring to the initial trailer that we put out, which a lot of people in the community misconstrued as being ‘so it’s all melee weapons’. Hopefully if you saw the latest music video we did with Avenge Sevenfold, you’ll see that all the old weaponry is in there as well. On top of that, speaking about melee weapons, yeah we have now... Specifically on the chaos story, which is this new story we’re starting after ten years, you have four different special weapons you can choose. We actually have loadouts in Zombies now, where you can pick your starting weapon, you can pick your special weapon, you can pick your special equipment, on top of your perks and elixirs as well. And the special weapons are melee weapons, and as you use them to kill zombies you actually rank them up.

RPS: You’ve spoken a lot about why there’s no campaign this time round, but what happened to the developers who were previously focused on singleplayer mode? Did all that design training just go in the bin?