Every year The Flare Path runs a communal Combat Mission skirmish in which RPS readers attempt to outwit and outfight CM’s decidedly dangerous AI. Turns span 60 seconds and rarely go according to plan. Late-war and Eastern Front, this year’s scrap takes place in a German-held Baltic port. Five turns after leaving their deployment zone, the commenter-controlled Soviets are focused on securing two bridges leading to the town centre and docks. 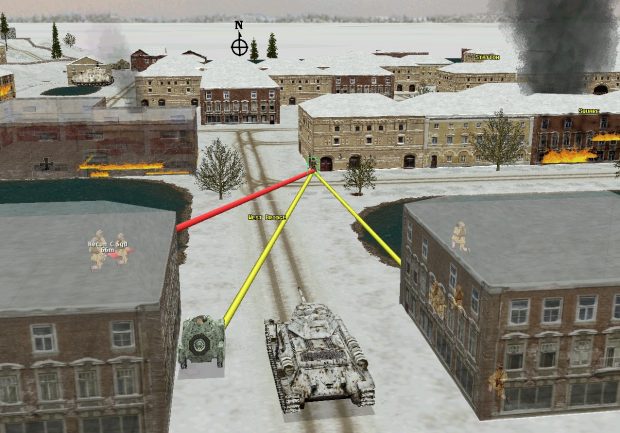 Bullets begin zipping to and fro across West Bridge ten seconds into turn 6. The enemy infantry squad that triggers the exchange by exiting the house at s16 soon finds itself comprehensively outgunned as Ryumin's scouts, moving north to occupy positions overlooking the river, join the BA-64B armoured car in hosing the opposite bank. 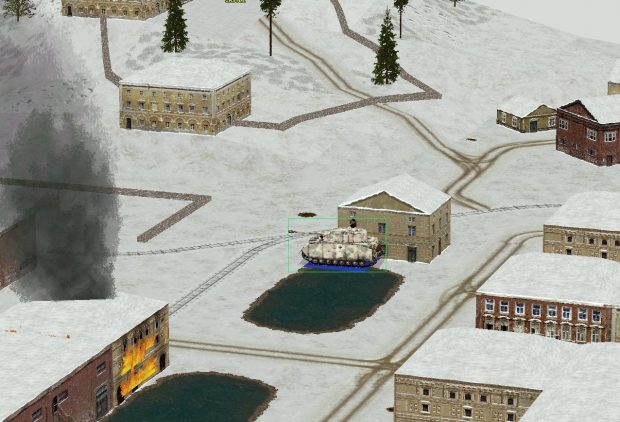 Watching the one-sided firefight from his roost at w16, Batrakov, the mortar spotter, almost fails to notice a Panzer IV briefly visible during the latter stages of the turn. The skirted medium tank appears for a few seconds circa j12. Moving east to west, it seems to be heading for the wharves.

Meanwhile, at East Bridge, Myshkov is busy being Myshkov. Ignoring explicit instructions, the commander of the Soviet pioneer platoon decides to lead the house-clearing at t27 himself. Shortly after entering the building, the three-man HQ runs into a surprised eight-man SMG squad. 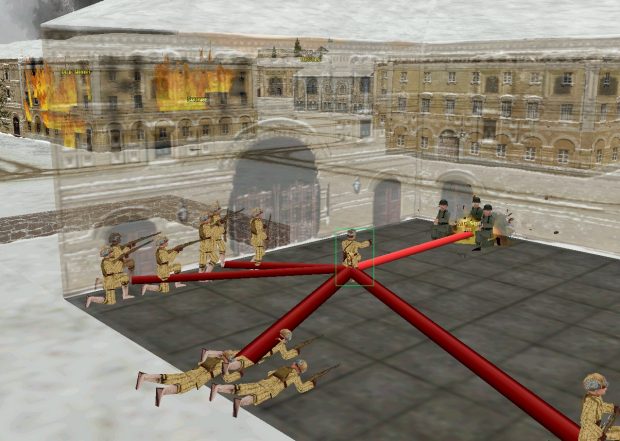 Pistols crack, knives flash, punches are traded. For a few terrible seconds it looks like the players' most aggressive officer has bitten off more than he can chew, but then support arrives and the German squad begins to take casualties. 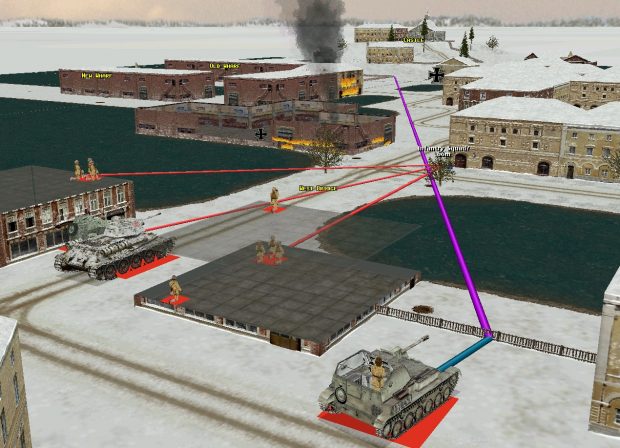 At West Bridge, a firefight involving the BA-64B and Ryumin's men rages, while the SU-76 hunts towards the fence at w17. Flare Path, the OT-34 flamethrower tank, is now 'shaken' rather than 'panicked' so should respond to commands in turn 7. 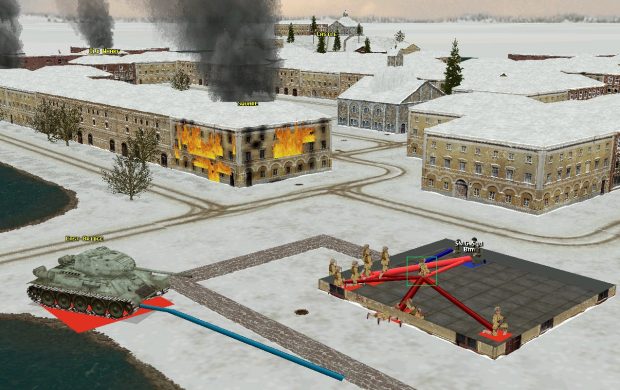 T27, the house NE of East Bridge, is full of gun smoke, flying grenades, and darting soldiers. Approximately 20 Soviet rifle-toters are tussling with 7 German Schmeisser-clutchers. Outside, the buttoned T-34/85 rolls towards a new position at u27.