Every year The Flare Path runs a communal Combat Mission skirmish in which RPS readers attempt to outwit and outfight CM’s decidedly dangerous AI. Turns span 60 seconds and rarely go according to plan. Late-war and Eastern Front, this year’s scrap takes place in a German-held Baltic port. Six turns after leaving their deployment zone, the commenter-controlled Soviets are endeavouring to secure two bridges leading to the town centre and docks. 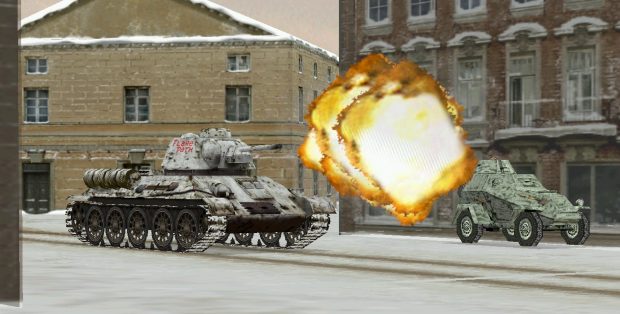 00.04
Flare Path, the battle-scarred OT-34 flamethrower tank, begins hurling HE at the building at p15 (The target is too far away for arson).

00.06
As the SU-76M noses into the gap at w17 it spots – and is spotted by – a stationary south-facing Pz IVG positioned between rail line and river at k11. 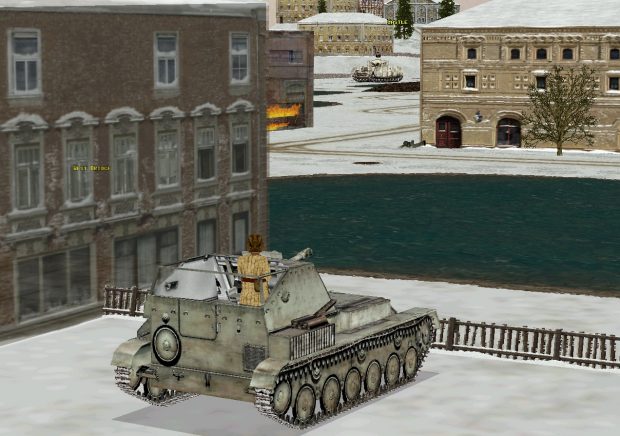 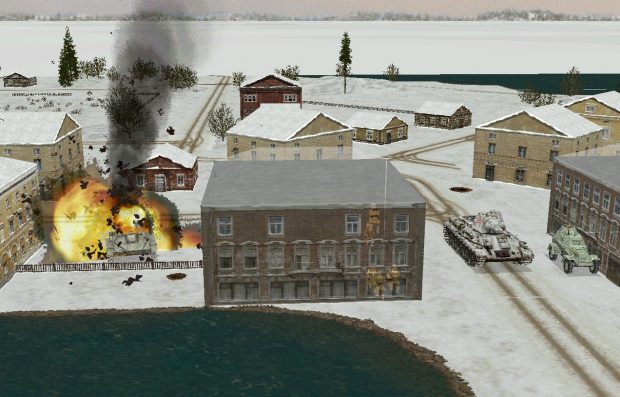 00.13
In the room where Batrakov crouches, dust billows and chandeliers dance. 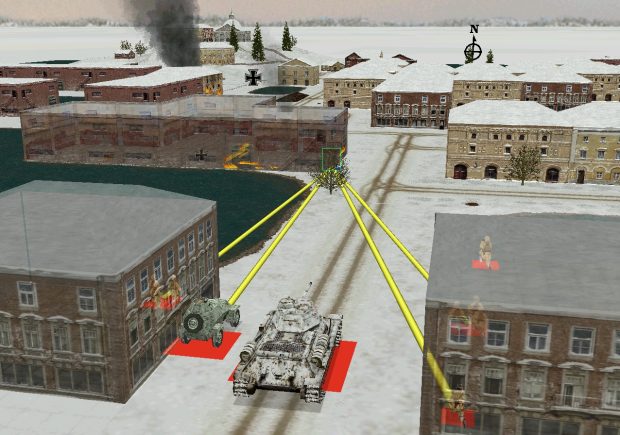 00.30
The depleted German infantry squad on the corner at t16 decides to make a dash for the smouldering warehouse at s14. Two unfortunates are cut down as they cross the street. The rest - three men - make it. 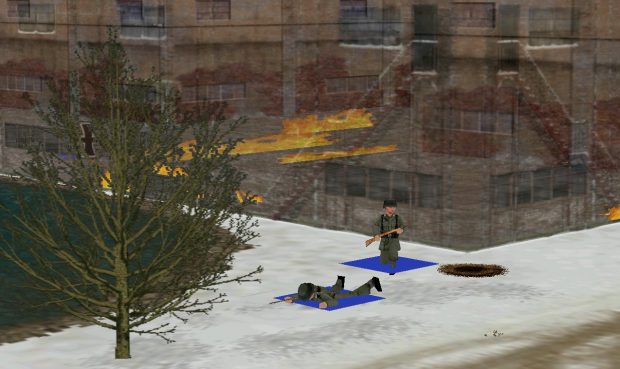 00.40
Are the two knots of Germans that have just emerged from s14 fleeing from hungry flames or making a concerted bid to drive the Ivans away from the southern end of West Bridge? Under fire from multiple directions within seconds of leaving cover, if counter-attack is what they have in mind they'll be lucky to succeed. 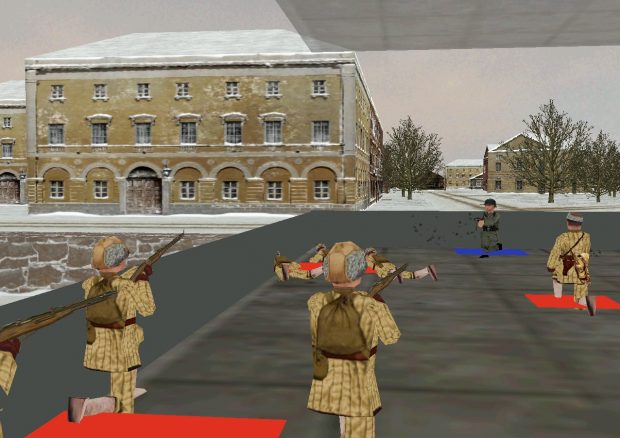 00.45
In the house at t27, the sound of chattering MP 40s stops abruptly. The enemy SMG squad has been neutralised, but one of Myshkov's squads has lost two men in the process. 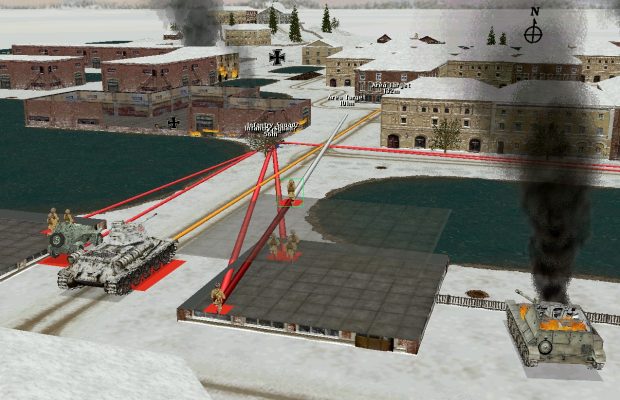 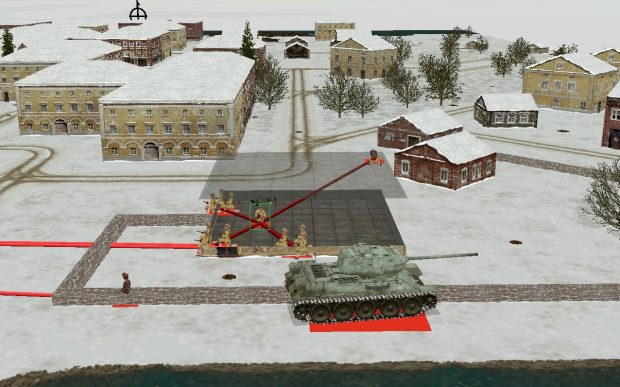 The house at East Bridge. Company commander Gurtiev (moved northward by Yours Truly this turn) and one of Myshkov's squads are firing on the Germans at West Bridge. In a few seconds Renko the sniper, having sneaked into position in the NE corner of the building, will begin searching the surrounding scenery for potential targets.