Pearl Abyss’s recently announced single- and multiplayer blended RPG Crimson Desert started life as a prequel to their similarly named MMO Black Desert Online. Since then, though, it’s shimmered, mirage-like, into its own IP, still linked to the preexisting world, but more nebulously. Its lore connection isn’t the only thing that remains indistinct on the horizon, but I spoke with lead producer Jason Jung to get a better look after the game’s announcement at G Star in Korea.

After showing off a first look at the game’s Scottish-inspired, Witcher-reminiscent trailer, Jung explained that the RPG’s single player campaign will focus on the scruffy mercenary introduced within: Macduff. Macduff is trying to get by in the mean continent of Pywel, leading a band of fighters, haunted by his tragic past. You know, video game protagonist stuff.

But Crimson Desert will also include “various content at high levels expected of an...MMORPG,” Jung tells the crowd during the presentation. Its combat, in particular, will apparently feel familiar to BDO players, with NPC enemies both human and beastial, and PvP elements.

PvE is currently the game’s focus, though, says Jung. He also confirmed (via a question by VG247’s Lauren Aitken in our joint interview) that MMO staples like raids and dungeons will show up, requiring cooperation between players. No word yet on whether single-player aficionados will find enough to sustain them without needing to venture into the frightening world of other people, or how the story will tie together between the two elements. “We are still working on some things, there are some undecided factors,” Jung explains during our interview.

Who exactly you’ll be playing as is also still somewhat behind the curtain. Though Macduff was referred to as the “main character,” with other factions and characters playing into his personal story, Pearl Abyss remain cagey about exactly what role he takes when it comes to gameplay. “We cannot answer, ‘am I Macduff, or am I [a player-created character],’” says Jung. 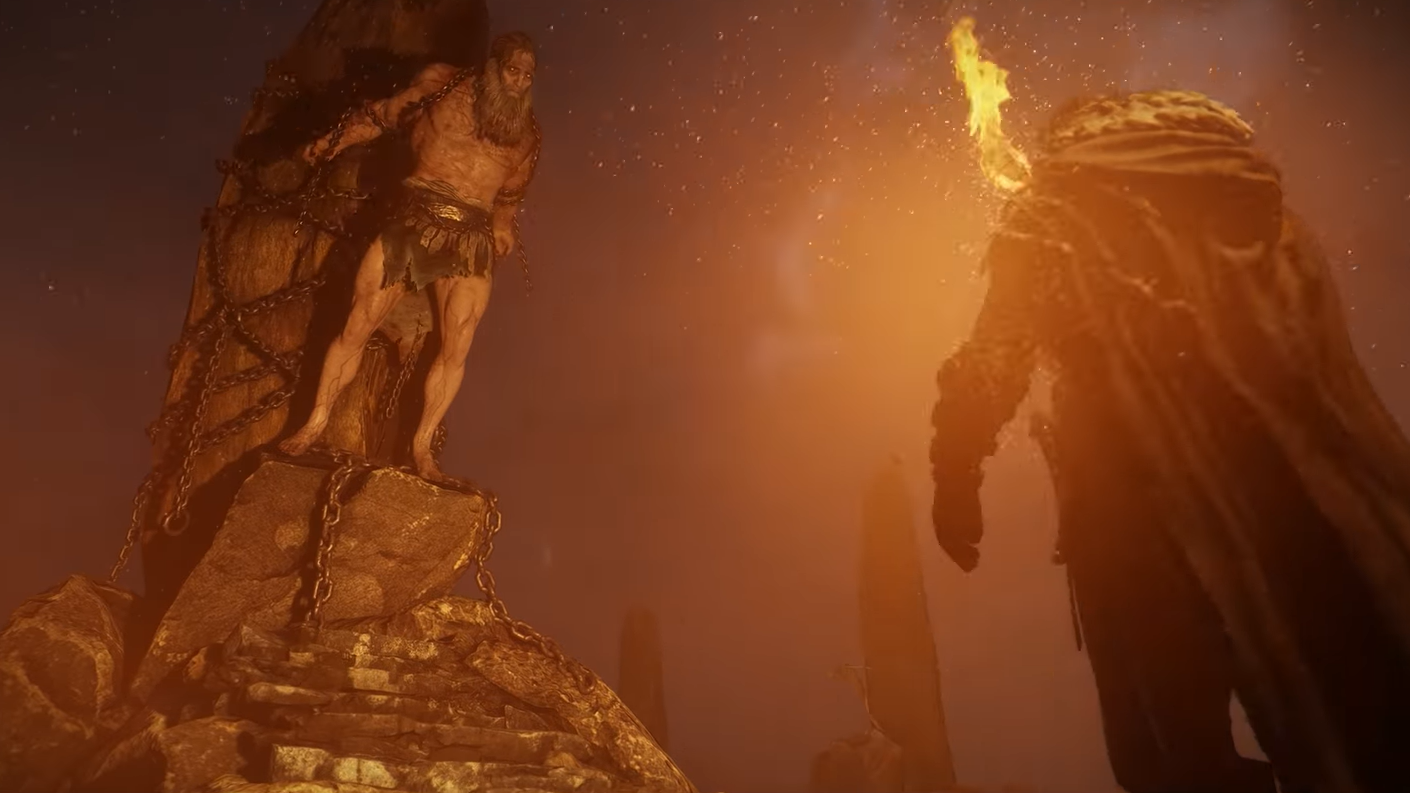 Of course, Black Desert Online is perhaps best known (at least in the West) for its incredibly in-depth character creation, and Jung did confirm that would play a part in Crimson Desert, too. “We are confident that customisation can easily blend within the storyline...of course, the customisation system will be matched to the Black Desert level.” But they’re not ready to discuss exactly how it will fit within the game.

They were able to tell us that there’ll be more variety to the world than this Gaelic corner. The area shown in the trailer is the north, and yes, it’s very much inspired by Scotland. But Jung explains that other parts of Pywel will draw on other real-life geography. Though they’re not ready to unveil any of those areas yet, they say they’ll be widely international, getting out of the European rut that is well trodden in similar games. “As a global company, the employees...come from all over the world,” says Jung. “So we get a lot of advice, we ask them questions, that’s how we research.”

“We’ll have more to announce at E3 next year,” Jung confirms. Pearl Abyss are hoping to beta test the game in 2020 too, though they’re not sure exactly when Pywel will be ready to open its doors.