Devil Daggers turned two last month, so I went looking for ways to celebrate. What's the world record by now, I wondered? In this hellscape of an arena shooter in which most people struggle to get past the 60 second mark, someone's managed to last an utterly flabbergasting 18 and a half minutes. That video awaits below, but more exciting still is my round up of the best Devil Daggers mods.

Yep, those are a thing! If you're hoping for new enemies or weapons, I should probably nip those expectations in the bud: nobody's made Devil Badgers just yet. For the most part, all these do is mix up the enemy spawns. If this were any other shooter that might not be all that interesting, but which enemies appear and when defines Devil Daggers to such an extent that these mods almost feel like different games.

First up, here's someone named Sojk surviving in the standard game for nigh on 20 minutes. By the end of the run there's hardly a pixel that isn't occupied by something nasty.

Onto the mods! To install any of these, you'll need to grab the relevant file, rename it to "survival" and replace the default one in "C:\Program Files (x86)\Steam\steamapps\common\devildaggers\dd".

Handily, you can copy in new files without closing the game. It should all be fairly seamless, although note that the timer that tracks how long you've lasted will be disabled. You don't need to worry about it messing with your leaderboard score for the base game, so there's no risk of getting banned. These are my picks from this collection. 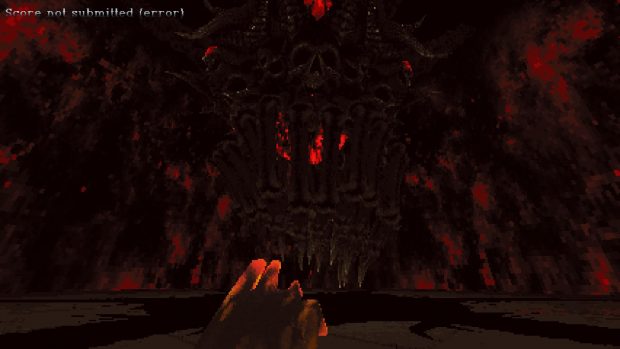 Did you know Devil Daggers has bosses? I thought I'd only be able to ogle them from the safety of someone else's replay, but through the magic of mods I can be plonked straight down in front of one. That chap above is called a Leviathan, and he's not very pleased to meet you at all.

It's this first mod that reminded me that there are two phases to Devil Daggers. Past a certain point with the standard spawnset, the improvements you'll make to your time each run will be minimal or non-existent: it becomes a game about remembering priorities and mimicking your movements from previous runs. That's fun, but I'd forgotten how fantastic that first phase is - when you're encountering new, seemingly unconquerable monstrosities that make you scream at your screen with a mix of alarm and wonderment. The Leviathan has a particularly nasty trick that had me shrieking, which I'll leave you to discover for yourself. 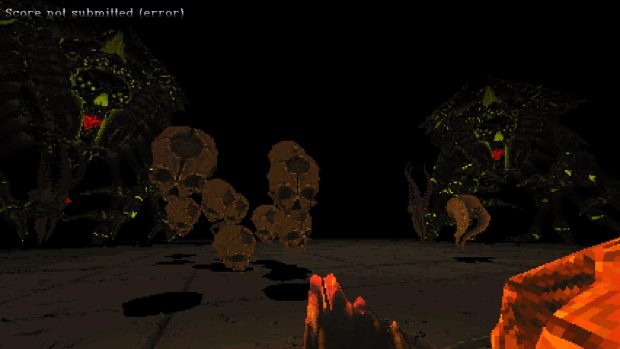 Stretch kicks off with two mega-spiders, another monster that I've never managed to reach in the normal game. It was overwhelming at first, but within a few tries I found I could reliably take down one of them before succumbing to the swarm of skulls that spawn in too. I like how there's a puzzle like element to it: do you attempt to bring down the second mega-spider straight away, or thin out those skulls? 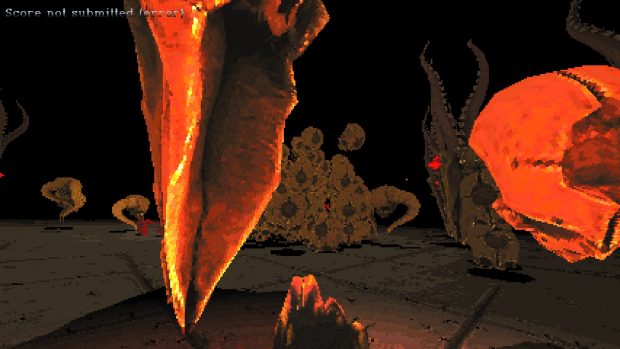 Fans of skulls will be pleased to hear that this next mod features a FLOOD of the things. After being murdered by demonic entities I'd never encountered before, it was nice to take a break from all that and get murdered by vast shoals of the basic enemies I've become intimately familiar with. I've just learned that the towers they spill out of are called squids, thanks to this encouraging note from the mod's creator: “It turned out to be very easy, so spiders and squids III have been added in this one”. Gee, thanks. 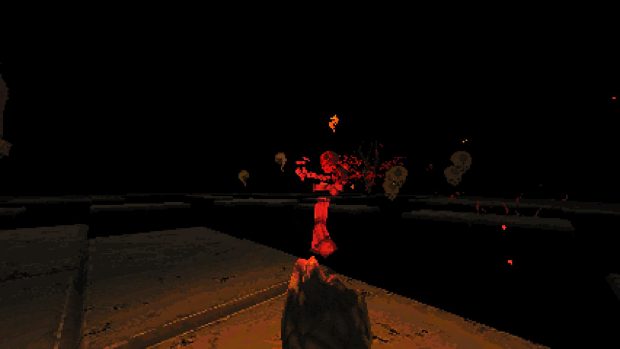 The name "Deepest Fears" sounded intriguing, and I was fittingly scared when I realised it was a pun. This is a mod that takes the sturdy ground of the normal arena and riddles it with chasms, which has the bizarre effect of making the usual play area feel safe and comforting. I didn't think it was possible to feel "safe" in Devil Daggers.

This one was a little too much for me - I've played so much in the normal arena that strafing around in a circle has become hard programmed into me, and I couldn't stop myself repeatedly leaping into the abyss. It's a neat idea though, and I like how it turns shotgun jumping - using your alternate fire to propel yourself upwards - into a useful skill rather than a pointless trick. 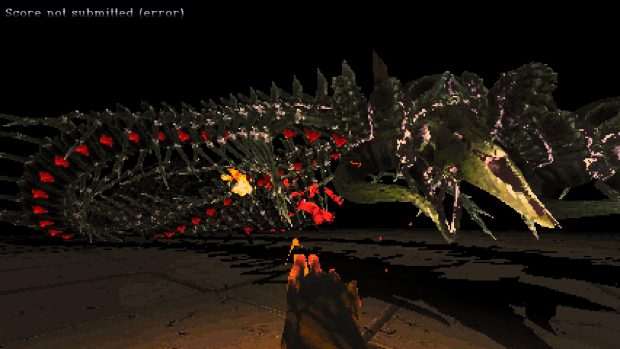 Invasions is terrifying. It starts with an unearthly screeching as 3 gigapedes erupt from the ground at once: spiky centipede bastards covered from top to tail with armour. Fortunately those are the only enemies that spawn for the first 80 seconds, although I haven't come close to defeating them. Their bodies create a swirling maze of death, which feels a bit like running through a kaleidoscope that wants to eat you.

I'll stop there, though you can find plenty more in this collection. I'm too frightened to go near V3Dark, for instance, which plunges the normal arena and spawnset into darkness. Same goes for NoSpaceInHell, which starts off in a tiny arena that then shrinks down even further. Best of luck!