“And now we just use the Face Ripper on this elven corpse so we can polymorph into an elven form and learn more about what happened by eating the limbs we found earlier.”

At Gamescom, Swen Vincke, CEO of Larian, was showing the playable undead race in Divinity: Original Sin 2 [official site] for the first time. Faces were ripped, children were startled, feasting on cadavers quickly became routine. I love Divinity but in among all the elves and dwarves, I sometimes forget just how weird it is. When you're playing a skeleton, it's going to be weirder than ever.

When you create an undead character, as with the other races in the game you can choose to play with a pre-built 'Origin' character or create a custom one of your own. The Origin characters have their own backstories that branch off into quests and stories as you play, and they all exist in the world as NPCs that can be recruited or killed. When you find the undead Origin character, he's cutting the face off a dead person. Ask him why and he tells you that he needs it because people run away when they see his naked skull,

He hopes to address this by wearing somebody else's face as a sort of moist balaclava. 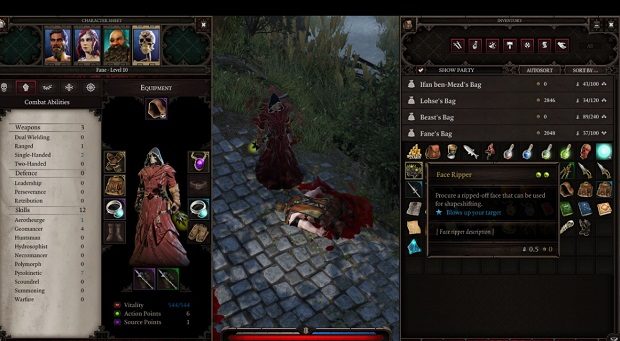 Undead characters, whether custom created or otherwise, will get hold of the Faceripper device early in the game. Sadly, for the purposes of gruesome comedy, you don't get to hang the actual flesh of your victims from your hairpiece. Maybe that's not actually a sad thing. Maybe it's a very good thing.

Instead of wearing an actual face you use a magical mask that takes the detached face and allows you to transform into the person you stole it from. Divinity's Undead have quite a lot in common with Hitman's Agent 47, it turns out, from their love of disguises to their shiny domes. And behind all the bizarre brutality of the face-ripping, their inclusion in the game as player characters ties into what Original Sin does best: systemic storytelling.

As far as I'm aware, there's nobody else in the world making RPGs quite like the Original Sin games. This is a large, story-driven game in which four people can play together, sometimes cooperating and sometimes working toward contradictory objectives. There's a deep, turn-based combat system, with skill-crafting and elemental cocktails. But even the complexity of the (optional) multiplayer and combat are surface level; the actual machinery driving the game is even more intricate and influences everything from individual questlines to the entire structure of the world. 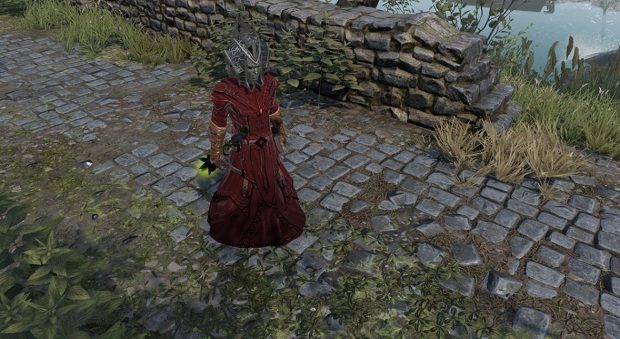 Deep down, Original Sin 2 is all about choices and solutions. Branching stories and big decision points are a familiar part of games, from Telltale and Life is Strange to dialogue options that drive morality systems in big budget RPGs. Divinity doesn't deal with decisions as things that happen in discrete moments though, instead it's built on a set of rules and mechanics that assume players might do anything that the ruleset allows.

That means there are failsafe options allowing you to complete quests even if you massacre the quest-givers and other important NPCs. In some cases, an item might be hidden somewhere, providing you with the information a character might have told you if you hadn't chopped them to bits, but you could also have a chat with the ghost of the dead character if all else fails. Every time exploitation or fair use of an in-game skill or ability could lead to new possibilities, rather than building an invisible wall to block off those possibilities, Larian figure out what the ripple effects would be if a player were to cause mischief and mayhem, then expand the framework of the game to deal with the after-effects.

That's why you can talk to ghosts and retrieve memories by eating corpses (and sometimes by eating things that might contain traces of corpses). You can also do those things because they're fun, but even the weirdest possibilities are driven by some rationale. There is method to this madness, and given how much madness is possible, a whole lot of method is needed to back it up. 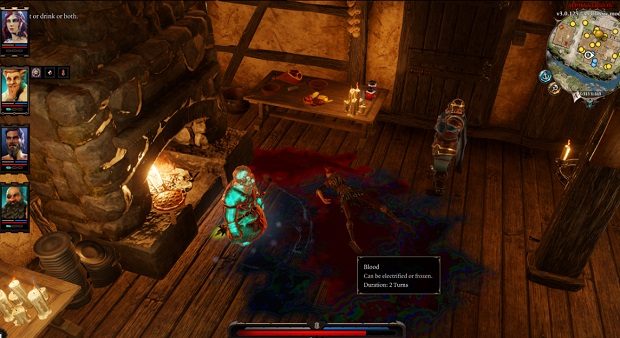 The Undead are the ultimate expression of this design philosophy. I could happily spend a few hours mucking around with the face-ripper and writing about the hilarious, macabre ways it allows me to play, but there's as serious side to the silliness.

As an Undead, you're governed by uncomfortable social rules, namely that people either flee when they see your skull or attack you on sight. You can wear a hood to hide your skull, but the magical masks and severed faces essentially make you a blank slate of a character. By taking faces and slipping into new forms, you can trick NPCs, and by extension the games' systems, into thinking you're just about anyone in the world. That means you can evade or engage with the racial profiling that plagues parts of the world, or become a wolf in sheep's clothing, or vice versa.

In a world where elves are cannibals and dwarves are a social underclass, it'd be unusual if the Undead weren't stranger than the norms of a D&D type fantasy world. In Divinity, they're the ultimate polymorphs, spies and secret agents, and the most malleable of player characters. 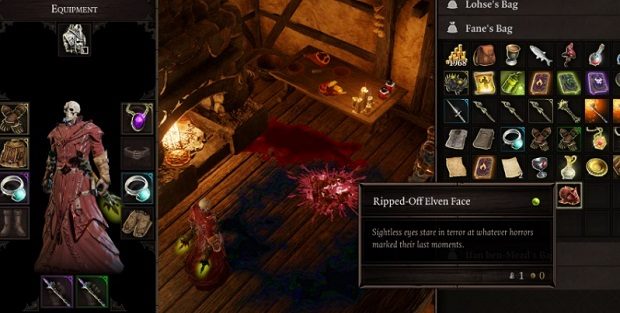 That's not to say they're not also grotesque, villainous, cadaverous delights – that's all true as well, and the beauty of the game is that all of the rule-breaking and systemic trickery hides in the background. You just get to see the results rather than worrying about how it all fits together. Knowing that all of the complications of the design are in place is important though, because it encourages you to push the logic of the world to breaking point just to see how it holds together.

As our Undead character killed, cannibalised and face-swapped, I naturally started to think about where the possibilities ended. And then I saw it. Using the Pet Pal ability, which allows characters to talk to animals, Vincke had our hero (and I use the term very loosely) strike up conversation with an ox.

If he can talk to an ox and take on the form of an elf, who can read the memories of the dead by devouring their corpses, what happens when he goes to KFC? Every nugget a cacophony of clucking horror.

I might have to wait a while longer for Skeletal Pet Detective Adventures, but Original Sin 2 looks like it'll have just about every other base covered. With the Undead, it now has a character type expressly designed to explore the detail of its design, and I can't wait to pick through its bones when it comes out of Early Access in a couple of weeks. And, look, if you don't care about all of that high concept design stuff, you can still rip off a few faces and pop 'em on your skull.