There are problems with claiming that Playerunknown’s Battlegrounds doesn't work as an esport. Thousands of those problems packed themselves into Berlin's Mercedes Benz arena for the PUBG Global Invitational, whooping, cheering and clearly getting their money’s worth from their tickets. At times, I whooped with them.

I still think the whole idea is fundamentally flawed.

I spent the first day of the tournament wishing I'd practised watching Plunkbat. To have trained myself in the art of translating the squiggles, flashes and firing lines on the map into an accurate mental picture of each team’s situation. Later on, I realised that was too ambitious.

Playing Plunkbat is defined by tension, but most of the time I spent watching was defined by confusion. I'd see one team approach another from behind, confident that I was about to watch a two way engagement - and then a shot would come in from the wilderness, the camera would move as the players spilled into cover and I'd lose track of where everyone was. My eyes may or may not have been shown the crucial information, but certainly not my brain.

Until the last few minutes, and sometimes even then, merely keeping track of one team was a nightmare. As the 20 teams whittled each other down, I itched for information that was denied to me - either by an overload of input, or by the camera moving on the moment I managed to grasp a situation. I'd want to know where a team was, how many of them were alive, where the nearby enemies were, what that team knew about those enemies and what those enemies knew about them. I wouldn't expect a comprehensive answer to most of those questions, but it was hard to become invested in what I was seeing without knowing the broad strokes.

That chaos lies at the root of much of my dissatisfaction. After a particularly hectic ten seconds where the camera hopped from one perspective to another, I caught a commentator say we’d just seen three teams get eliminated. It was news to me. 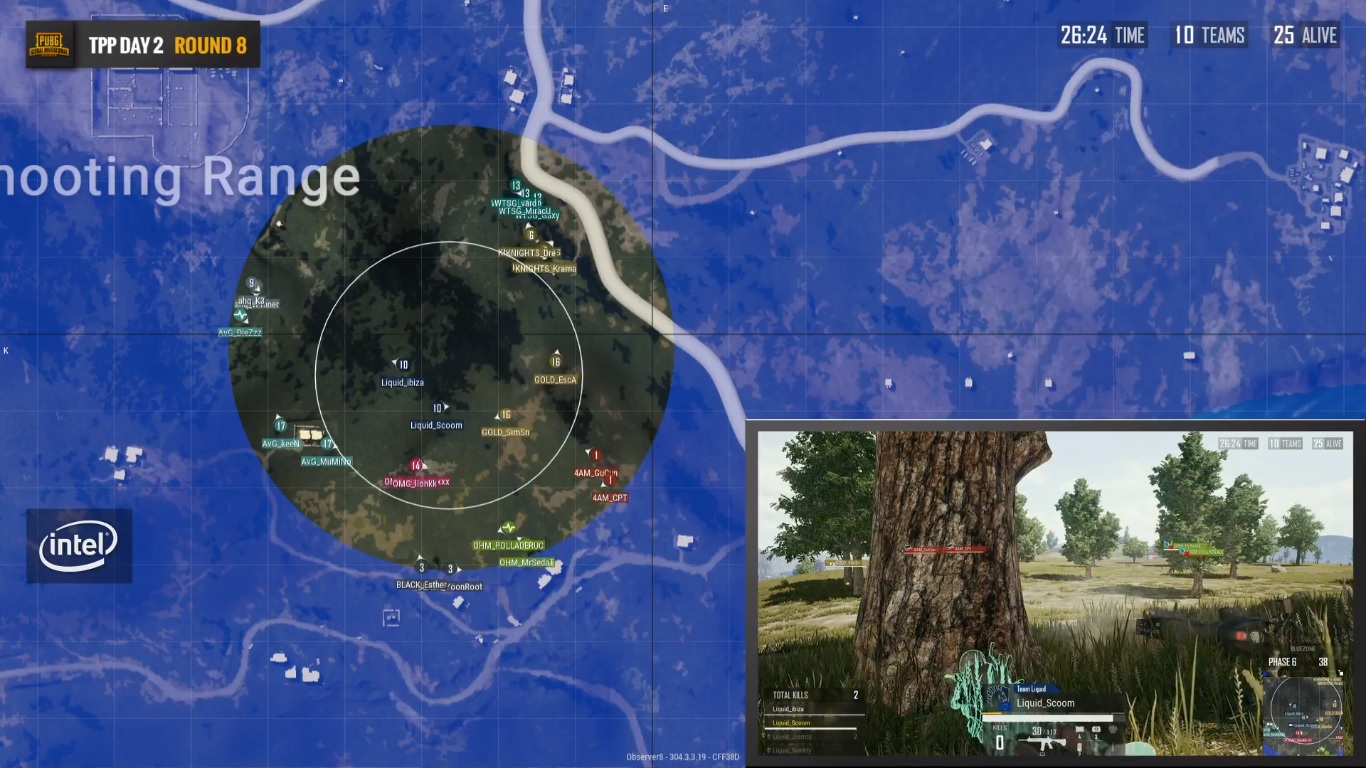 There's an obvious problem here, so let's confront it head on: spectating from within a stadium is not the ideal way to watch Plunkbat. It's definitely bombastic, what with the roaring of the crowd and the glitzy light shows timed to coincide with the constricting of the circle. I liked that every gunshot and grenade was embellished with the arena's sound system. I didn't like that I could rarely hear the commentators break down what was happening.

The more I think about it, the more spectating from the comfort of home appeals. Being able to hear the commentator would have made a huge difference, but the benefits don't stop there. I saw someone say they watched the tournament with the stream of the team they were rooting for on one screen, and the main camera on another. Even though I wasn't supporting a team - another tension-draining factor - I'd have much preferred to do the same. At least then each match would include a story, rather than a mere mishmash of fights that typically end in an anticlimactic showdown. Controlling the camera myself might have helped, too. No doubt I'd have missed some action, but at least I'd have instantly known what action I was looking at.

Hearing what the players were hearing would have let me bring a whole extra sense to bear on understanding each situation. I'd have a clearer picture of every situation, and what each player was aware of. In an ideal world, I'd be able to take that one step further and tune into each team's voice coms. That's not the norm for esports, but isn't unheard of either. Pros might not love the idea of letting their opponents snoop on their communication strategies, but ensuring that's an option in every major tournament is exactly the sort of move PUBG Corp needs to make. 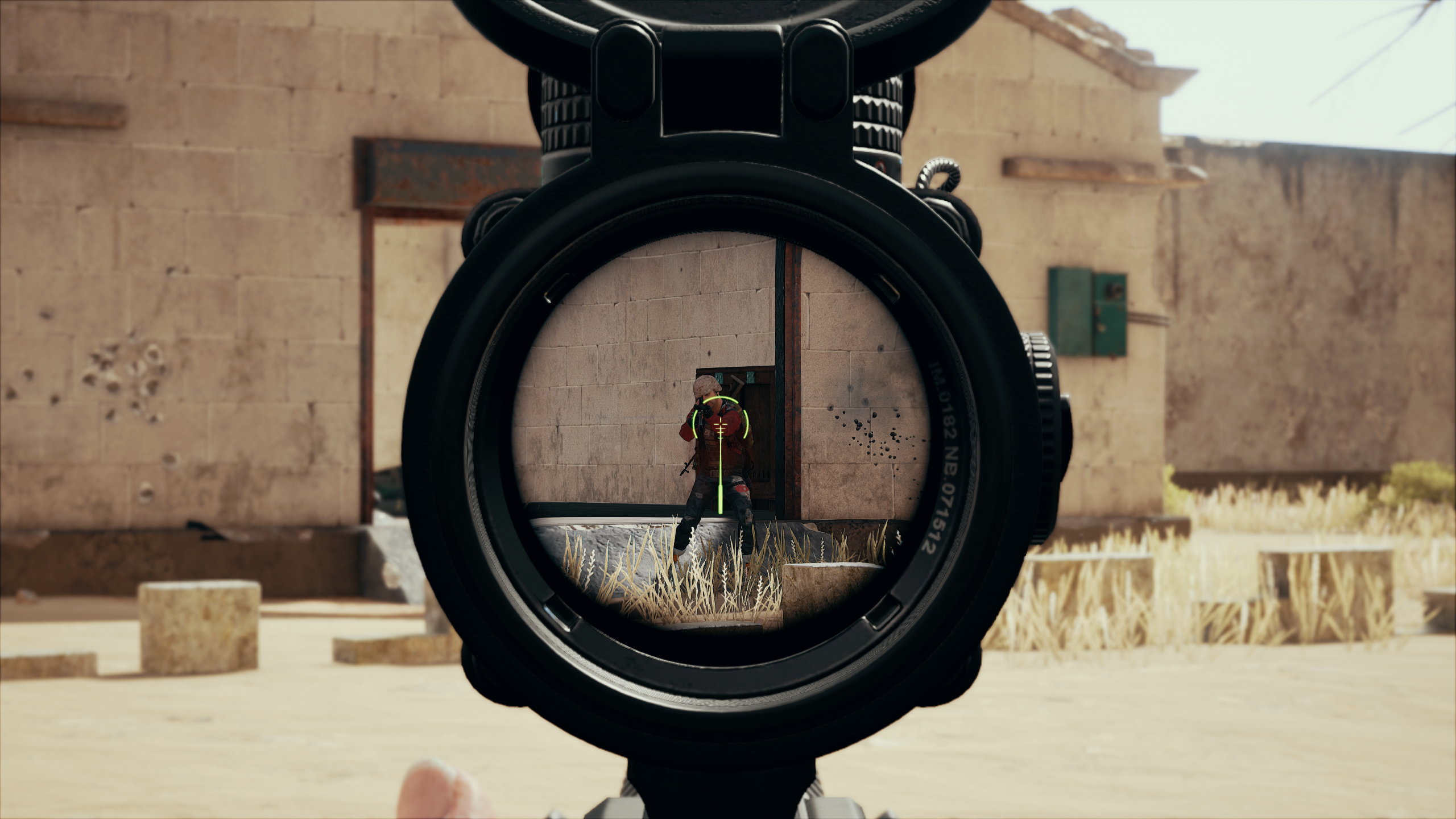 Although I'd advise against trying to watch Plunkbat in person, they also need to consistently help the people that want to. For the first couple of days, I was baffled by how they'd missed certain basic tricks like switching off a player's webcam style feed when they died, or providing a readout of how many players were left alive in each squad. They started doing both of those things later on in the tournament, but it's frustrating that they made any of the games even harder to parse than the needed to be. And while I'm complaining about stuff that's easily fixed - would it have been too much bother to shut those screen-obscuring pillars of blue light off?

Here's another big problem, which I only mentioned before in passing: the final showdown in most games was a foregone conclusion. All too often, one team would wind up outnumbering the others and leave no doubt as to who would win. It was funny, at least at first, to watch solitary survivors desperately chuck grenades at the four-strong teams advancing on them - but it was never tense.

Which is a shame, because the two occasions when two teams fought for first place on equal footing were sublime. In a game ruled by chaos and opportunistic kills, there was an exquisite symmetry to the 1v1 stand off one game resulted in. The remaining members of the two remaining teams were each hunched behind hay bales, waiting for the circle to force them out of cover at almost exactly the same time. I sat up, literally perched on the edge of my seat, and proclaimed that fight to be the pinnacle of esports. When the circle arrived, the battle happened too quickly to know who'd won it.

The screen went black, and I could practically hear the audience draw in its breath. A second later that breath erupted as a cheer, with a team who'd been down to one guy for the past 10 minutes having emerged on top. It's not like the structure of a Plunkbat match can't generate tense, interesting situations. They're just far too rare, and those situations owe much of their compulsion to that rarity. That might provide a neat parallel with playing the game, but it doesn't provide a spectating experience that's worth my time.

Here's the nail in the coffin: as if it wasn't enough that the tension of individual matches gets sucked out by predictability, the same applies to the broader competition. In any other esport, the stakes ratchet up as a tournament progresses. Teams are eliminated, rivalries form and the concluding rounds are events you can enthusiastically point to. 'This was when the two best teams in the world squared off', you can say, 'this was the moment it all came down to'. By the time the final match rolled around in both the first-person and third-person tournaments at the Global Invitational, a team had already bagged themselves enough points to essentially secure first place. 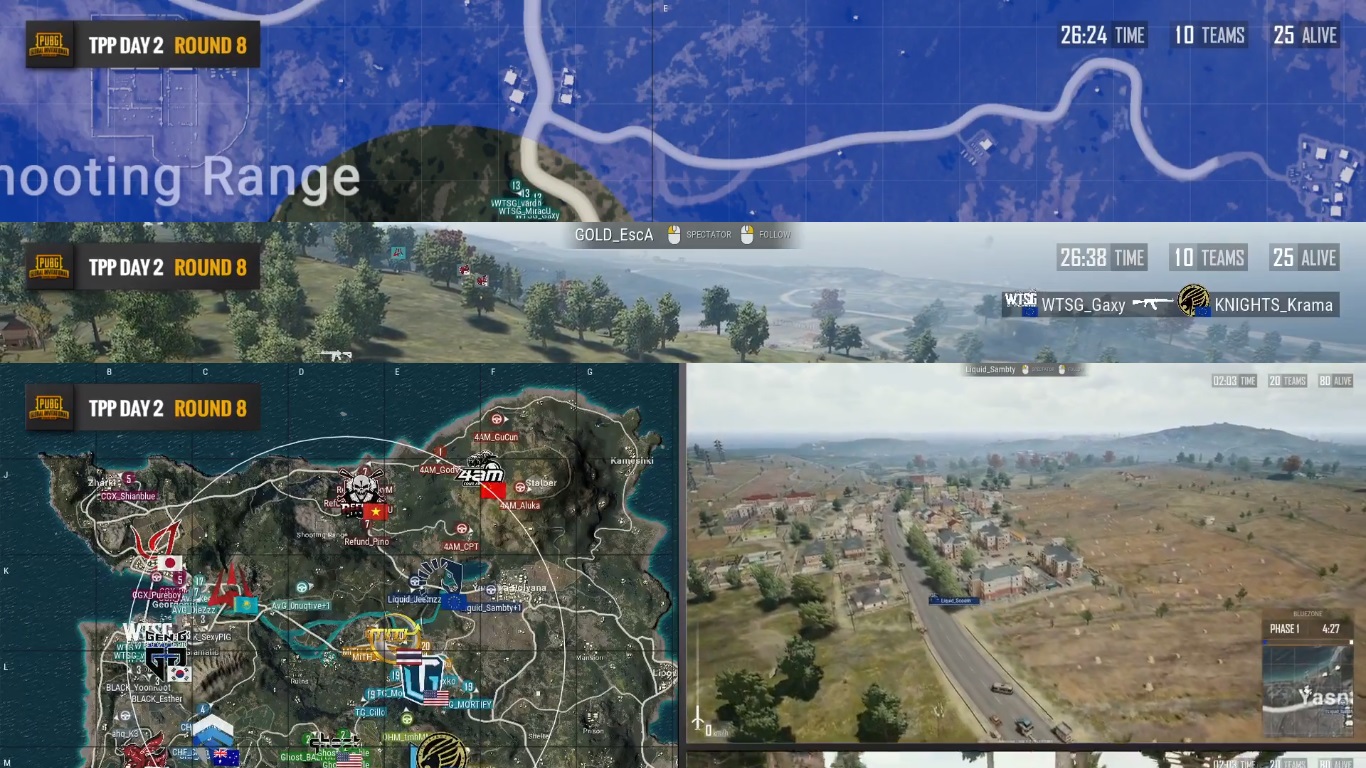 Those problems will be present no matter how you choose to spectate, and result in the same fatal flaw that's sown by the chaotic nature of Plunkbat: it's not tense enough to work as an esport. Not consistently. I'm also aware that as much as I've ragged on the live experience, sitting amongst thousands of cheering fans made me gasp at moments I'd have otherwise shrugged at. Spectating from home may have cut through some confusion, but it would have cut out excitement too.

A battle royale structure can generate uniquely compelling moments for spectators, but only if they're willing to sit through tedium and confusion. From now on, I'll just be watching the highlights.