Dota 2 gets a major patch about once a year, and it’s always A Big Deal. Old strategies have to be thrown out of the window as the metagame and individual players adjust to the changes, and the 7.07 Duelling Fates update is an even bigger shakeup than usual.

The update adds two new heroes, five new items and overhauls the talent tree system that Valve introduced last year. Many abilities have been tweaked too, and multiple changes to how XP is gained from lane creeps has altered the flow of every game. As we haven’t had a new character since Monkey King last December, those two new heroes will be the most exciting addition for most people so I’ll dive into them first.

Pangolier could have been ripped straight out of The Three Musketeers, if one of the musketeers was a French pangolin who could turn into a ball and literally crush his enemies by rolling over them. He’s a mobile, melee agility hero that’s labelled as a carry and a nuker, which in theory should make him right up my street - except I haven’t managed to get a handle on him so far. His first ability, ‘Swashbuckle’, is surprisingly hard to aim, which combined with the nightmare of trying to control the rolling direction whenever he ults has meant I haven’t won a single game with him. He’s a ‘snowball’ type hero, which means that if he doesn’t have a good early game then he’s in for a miserable time throughout. Even if you do get off to a good start, this video illustrates how most matches pan(golier) out for him.

Dark Willow is a ranged intelligence hero, and while she’s marked as a support her damage output and lockdown abilities make her capable of roaming around for kills in the early game. I started having a lot more success with her when I realised I could use her second ability, Shadow Realm, to make myself untargetable while I used a TP scroll to teleport to safety. There are quite a few people calling her overpowered at the moment, and I’m inclined to agree - especially when compared to Pangolier. My guess is that we’ll see both heroes rebalanced in the near future. 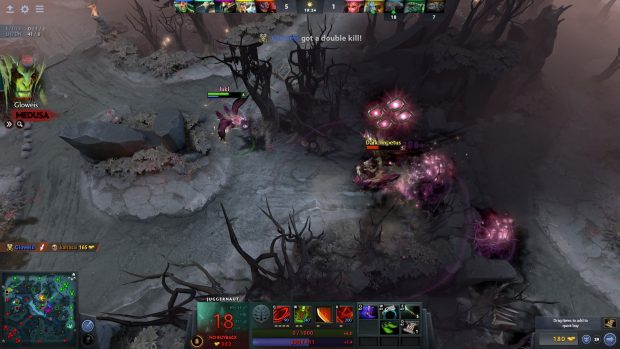 While less flashy than the addition of two new characters to the roster, some of the biggest changes in the patch revolve around lane creeps. Each wave now grants more XP and gold, with the intention being to get players into fighting shape quicker than ever. The amount of XP that an opponent gets when you ‘deny’ a friendly creep by last hitting it before they can has plummeted from 70% to 25%, which adds extra pressure to dominate in a lane. It’s bad news for anyone that likes playing solo offlaners.

Delaying jungle spawns by a minute at the start of the game also encourages players to contest lanes more often - as does the removal of the Iron Talon item, which makes jungling a less attractive prospect overall. That isn’t the end of the tweaks that are designed to push players into each others paths. Everyone now starts the game with a free TP scroll, and the bounty runes (which give whoever picks them up a chunk of gold and XP) have been moved to locations which can more easily be contested. 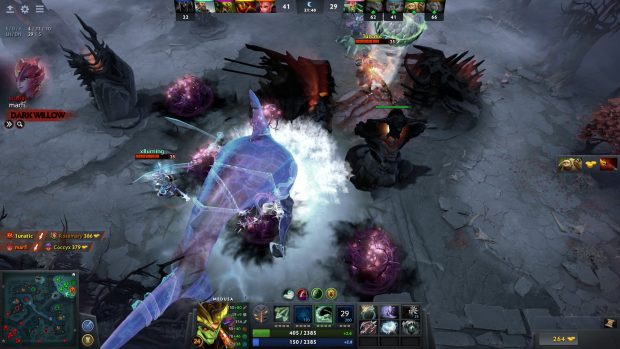 There’s more reason to compete over Roshan, too - when he’s killed for the third time, he now drops an item that works like a single-use Refresher Orb that instantly resets the cooldown on each of your abilities. These are all welcome changes: Valve have long known that fights with other players are naturally more interesting to both play and watch than passive creep farming, and this latest update continues that trend of pushing players towards each other.

As neat as those changes are, this wouldn’t be a Dota patch if it didn’t include some bits that make me exclaim ‘WHAT’ at how broken they first appear. This time, most of those moments occurred as I was scrolling through the list of Talent Tree redesigns. The Talent Tree was added in last year’s New Journey update, and has now been reworked so that more of the options revolve around hero abilities rather than simple stat increases.

Of particular note is the upgrade for Io at level 15 that temporarily imbues their tethered ally with an Aghanim’s Sceptre, a level 25 upgrade for Kunkka that let’s him launch AN ENTIRE FLEET of ghost ships with his ultimate, and at level 15 Treant Protector can make every tree respawn within three seconds. Those are just a handful of the changes: almost every hero has something in their Talent Tree that will make you double take. 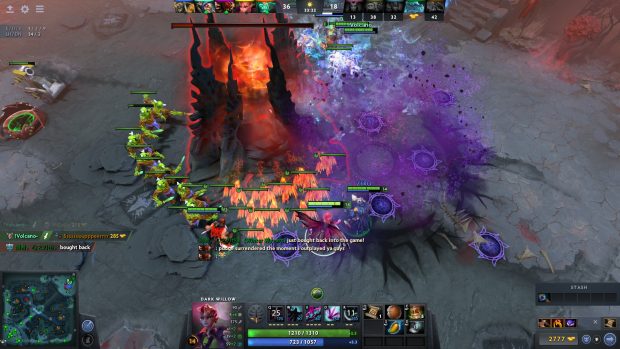 Part of Dota’s appeal has always been the blistering amount of variety on offer, and each addition compounds that by creating new interactions between the different abilities and items. The rejigged Talent Tree adds yet another layer of variety which I can’t help but appreciate, though it does mean that the capabilities of an enemy hero are more hidden. That’s especially a concern for new (and returning) players, who already have a ridiculous amount to learn.

Playing the new “Turbo Mode” could be a way of getting to grips with the game in an environment where there’s much less pressure, though I have my reservations about recommending it as a training space. It accelerates gold and XP gain to the point where matches take about 25 minutes tops, which spares everyone the demoralising trudge of drawn out defeats that stopped several people I know from getting into the game. It also simplifies things by allowing you to purchase items from anywhere on the map - though the impact of that one change is far greater than just removing the hassle of faffing with a courier. It means you can’t bully someone out of a lane, because they can just buy a regen item and be back in fighting shape within no time.

The accelerated game pace means that early game characters start falling off in power even before the ten minute mark, so the hero picks don’t reflect what you’ll see in normal games. That makes it less useful as a way to prepare for normal games. I think Turbo Mode is best saved for when you just don’t have time to pack in a regular game - which, in fairness, is probably the main reason Valve have introduced it. 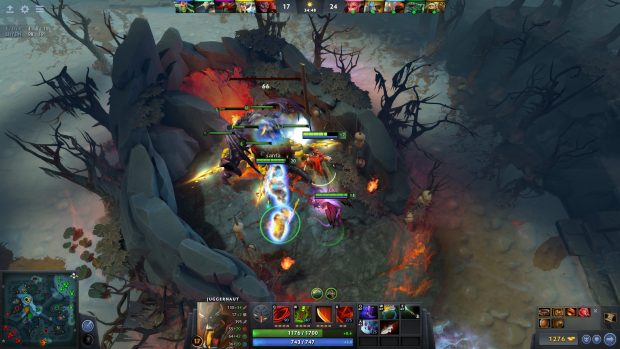 As I said, this update is a biggun’, and there’s plenty that I haven’t yet mentioned. One of the new items has an AOE stun that damages structures, making it the first item ability that does either of those things. Another item, Nullifier, has an ability that silences and mutes a target for five seconds, which is effectively a miniature version of Doombringer's ultimate. Along with the other new items, I haven't covered the introduction of seasons to ranked mode, updates to the guide system, tweaks to the ability draft mode or any of the new cosmetic nonsense.

I'll have to leave you to peruse the rest of the changes in the patch notes.