Last time on the BoC: The dwarves of the Basement discovered the concept of medicine just in time to stop the expedition’s demise due to falling logs. Some immigrants arrived to help realise Lorbam’s vision of an underground zoo, while Lorbam herself scraped together the fort’s loose change to buy that zoo’s first exhibit: a skinny hound.

Enticed by word of the attraction being built beneath the Jungle of Hides, another gang of hardy migrants arrives at the valley, just as its floor turns red with fallen pomegranates. These brave new souls - an engraver, a clothier, a herbalist, a peasant and a child - bring the fort’s population up to eighteen.

The most interesting of the newcomers is Vucar, the child. Although only two years old, she’s a keen brawler with an utter conviction in her own importance, a complete absence of fear to the point of lacking common sense, and an obsession with giant leopard seals. Udil, the strapping, pugnacious teen recently appointed as the fort’s manager, sees a real kindred spirit in this new kid.

But there’s no time for proper introductions - the migrant band are hustled down to the Basement of Curiosity for a welcome address in front of its star (and only) attraction: a thin dog in a leaden cage. It might not look much at present, says expedition leader Lorbam, gesturing at the rough cavern walls, but this place is on the up and up. Even now, cages are being forged to expand the collection, and furniture is being carved from the living rock, to fill a grand new feasting hall.

But Lorbam’s speech is cut short by a roar from the bustling fortress above. Moments later, Imush rushes down the stairs, almost too breathless with excitement to spit out the news: out in the rainforest, a cage trap has been triggered... they’ve only gone and caught that bloody weasel that’s been loitering round the woods all year!

A hasty pit is dug in the floor of the Basement, and the weasel’s cage is carried down the spiral stairs on the shoulders of a jubilant mob. The small carnivore is hurled into the granite hole with a cheer.. and immediately scoots out again through an unlocked door, to shouts of dismay from all present.

The escaped weasel zooms up the stairs and out of the fort, but can’t leave the dwarves’ valley due to the palisade wall built across its mouth. So it just scampers around the goose paddock, causing the birds to honk in panic, while dwarves frantically chase it about.

Thankfully, the weasel is eventually recaptured, as it runs straight into another cage trap. Back in the pit it goes, with the exit door locked properly this time. But there is a problem: once the weasel realises it cannot escape, time itself slows down.

Horrified by this violation of natural law, the dwarves seek a solution urgently. The weasel must die before it stops time altogether. Consumed by worry, Lorbam grabs the nearest idler she can find - Id, the vain and lustful dancer who arrived during the summer - and conscripts him to military service. It’s time for his dancing skills to be bent to the dark art… of wrestling.

Id’s one-dwarf squad is named “the comedic diamond(s)”, and after limbering up, he wades down into the pit, unarmed. As the dwarves look down from around the pit’s edge, Id advances on the furious weasel, limbs moving as slowly as clouds as he approaches the beast’s weird event horizon. The weasel tries to dart through his legs, but he’s not having any of it: Id grapples the weasel with the crook of his elbow, pinning it with his horrid bicep, and delivers a series of dream-slow punches to subdue it.

Then, with the casual ease of a person cracking the lid off a bottle of beer, he twists off its head. Time speeds back up with a splatter of arterial blood, and Id smirks up at his audience.
“Pop goes the weasel,” he mutters, with a crooked smile. Suddenly, it’s clear why they call him the Comedic Diamond. But alas, the dwarves have no appetite to laugh, as the zoo is once again back to one exhibit.

Looking into Id’s mind after the killing, I was disturbed to find he felt nothing except for a faint sense of horniness. In a grim coincidence, ‘Id’ happens to be the term Freud coined for the part of the mind which experiences animal urges and base, impulsive instincts.

As the valley cools down a little, the dwarves use the calendar’s tail to strengthen their position for Year Two of the Basement. They’re determined not to let the weasel incident get them down. Under Udil’s managerial eye, the wooden tower is built further above the forest canopy, charcoal is produced from felled trees, and metals are smelted to produce ingots, deep down in Ingiz’s growing forge complex.

The dwarves also get properly to work on the new feasting hall: a sort of mezzanine ring on the floor above the Basement of Curiosity. When finished, it will have a round pit in its centre, through which the dwarves can stare at their meagre zoo as they eat their handfuls of offal. As they dig out this new chamber, I notice something wonderful about the fort’s miners, Nil and Ineth. Somewhere in their voracious digging, they have become lovers.

Meanwhile, outside the humid confines of the fortress, a winter of murder has begun in earnest. After his first taste of blood, Id is now up for wrestling full time, and so Lorbam has sent him out to empty the woods of life. She’s sick and tired of the bloody rattlesnake that’s been malingering out there - now joined by a new snake accomplice since the weasel’s demise - and wants it cleared away to make room for some proper wildlife.

DF’s animal populations work in a sort of one in/one out basis, where new creatures can’t enter the map til current occupants have departed. So in this case, Id is being tasked with ushering them out of the map the hard way: with his big grisly hands.

Id becomes a sort of demon before Lorbam’s eyes. She’s expecting a bit of a scrap when he engages the rattlesnake, but he just swaggers up and snuffs its life out, like it’s nothing. Immediately, another serpent appears in the mist, but he kills that too. And then another. Using his patented bicep grapple, he relieves snake after snake of its life, like he’s playing some ghastly game of reptilian whack-a-mole.

He bites one snake in its lung, then watches it suffocate. He jams a thumb into another’s mouth and opens its head like a tin of coke. He grabs one by the teeth and batters it against the ground like he’s shaking out a rug. This procession of slayings is nauseating to watch, and it earns him the nickname ‘Snakebuster’.

At one point during the carnage a leopard arrives, racing through the mist, and Lorbam shouts a warning - not to Id, but to the leopard. Finally, a worthy exhibit for the Basement has showed up and… oh. Never mind. Too late for that.

After a brief tussle, Id has stunned the big cat with a swift blow to the forehead, and proceeds to... dismantle it. Seriously, it’s horrible. He takes apart the beast’s head like a drunk taking apart a Lego pirate ship. I’m genuinely relieved when, at last, he strangles the thing to death. With his left leg. Id is terrifying. 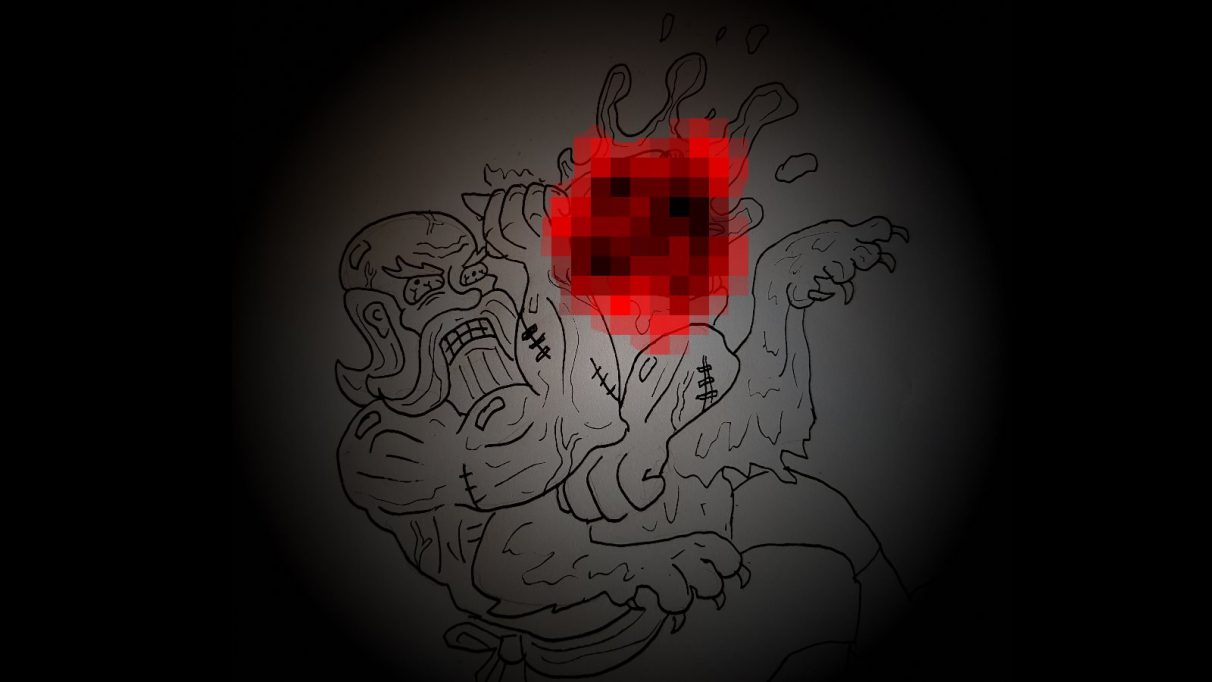 The Comedic Diamond’s ophidian omnicide continues all winter, but I won’t subject you to any more of the details. Because at last, the Basement of Curiosity has acquired more exhibits! Horrified at the madness being perpetrated outside the wall by Id, gentle Oddom the brewer has come up with a ‘Plan B’ for acquiring animals - the construction of small wooden traps, baited with treats, to catch those creatures too secretive to move in plain sight.

A test trap in the fort’s food store, baited with rattlesnake tripe (pulverised snake meat has suddenly become the fort’s staple food), soon catches one of the hamsters that plague the larder, and the dwarves are overjoyed. Alas, the beast soon gnaws out of the flimsy thing and makes a break for it, but not before a battery of similar devices are set up outside the main gate.

Oddom’s idea is a resounding success - in no time at all, the traps have caught two anoles and a skink, a wren and a trio of sparrows, two parakeets, a lorikeet, and - best of all - the fort’s first primates, in the form of a pair of golden lion tamarins. They might not be the chimps Lorbam had dreamed of when she founded the Basement, but it’s a start. To ice the cake, a rattlesnake slithering away from Id in terror springs a cage trap, and is thus saved from the Snakebuster’s blank thirst for death.

The captured animals are taken up to a new store on the tower’s third level, while the Basement is readied to house them (dwarves are partial to snacking on captured small animals, and Lorbam doesn’t want anyone casually Ozzying her new monkeys, so they must be stored away from hungry hands). Meanwhile, Lorbam herself builds a kennel complex up there to train some of her new pets. She’s by no means an expert beastmaster, but she soon wins the trust of a lorikeet and a wren.

As winter draws to a close, a whimsical scene plays out in one of the fort’s bedrooms. Sitting on the bed is Ineth (the newly loved-up miner), while on the floor in the corner is the seal-loving battletoddler, Vucar. Both are weeping - or at least, their eyes are coated in tears.

At first, I think the two dwarves are having an argument. But on closer inspection, there appear to have been no cross words said. In fact, they’ve not been talking at all.

Ineth is deeply embarrassed at the state of his bedroom - which is fair, given it’s essentially a rotting palmwood mattress in a damp sand hole, and a good reminder of why the fort needs new living quarters. He’s also remembering the state of Rakust as he dragged him to ‘hospital’, which is enough to bring anyone to tears.

But little Vucar? Vucar isn’t sad at all. Vucar is euphoric. Euphoric, and utterly plastered on papaya wine. She’s also totally engrossed in a game of make-believe, so I can only imagine her tears are tears of happiness, as she loses herself in some sort of drunken fugue of two-year-old imagination.

In other words, things are going well.

Next time on the BoC: Kobolds! Cheetahs! The fort’s first baby is born! Lorbam starts planning a reptile house, and some dingoes roll into the neighbourhood.