When I first started playing Echo I was reminded of London’s tube network. Down there, meters below street level, the rules of space seem to deform. There are corridors that seem to go on forever, winding passages that twist left and right at random, and emergency staircases that feel so long that you begin to wonder if the space itself has started repeating.

Echo is the first offering from Ultra Ultra, a small group of Danish developers with a history at Hitman creators IO Interactive, and it's a truly strange stealth game, obsessed by the uncanny qualities of repeated space. 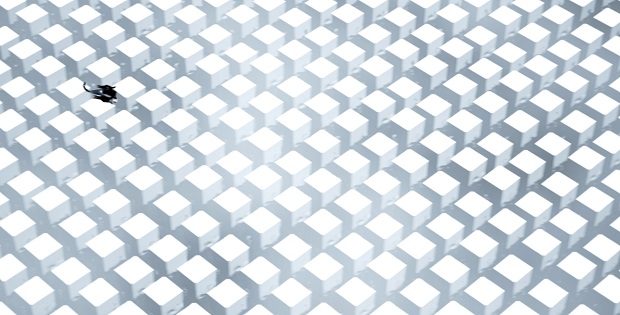 Repetition is an inherent part of game spaces - in any one game we constantly walk past the same models of pots, crates and chairs, seeing them a hundred times over. It’s part of how games tell us what is important, by concentrating new items and detail in areas of interest while filling out spaces of transit with the same old patterns. The art lies in masking and spacing these patterns so that they don’t become too distracting or conspicuous.

Echo, in service of a sense of terror, throws all that out the airlock, and instead employs this language of repetition to keep the player in a state of overwhelming oppression. Its repeated patterns are so obvious, so constant as to be unnerving, and its level of detail saturates the player’s vision. An elegantly designed HUD means this never gets in the way of the player’s actions, but it constantly underscores their mood. 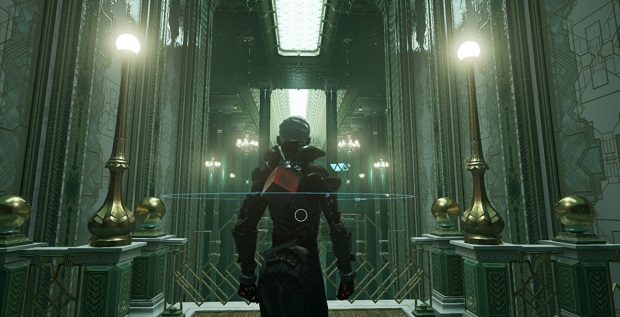 The setting is an icy planet that holds a near infinite palace, and the opening descent into it is your slow-boil introduction to a world of huge neo-classical halls and corridors that feel as if the palace of Versailles has been copy-pasted all the way to the horizon. It’s that descent that brings the London Underground’s emergency staircases to mind. Many a rushed commuter sick of waiting for a lift has regretted using them - they feel like mountain climbs on the way up - but it’s on the way down that they are most unsettling. Level by level you can feel the weight of the city gathering on your shoulders, and by the time you reach the platform it’s hard not to remember the tonnes of masonry that sit precariously above your head. Multiply this feeling a thousand-fold and you have the opening to Echo.

The palace is a space that constantly offers up a sense of unease, through both its vast scale and the minutiae of its detail. You might inspect the carefully arranged and beautifully modelled place settings that lie on its ornately carved tables when you first encounter them, but once you find them stretched out across a banquet hall the length of five football fields you start to feel a little dizzy. The result is a masterclass in architectural manipulation, the classical language of pillars, orders and composition pushed to an inhuman extreme. 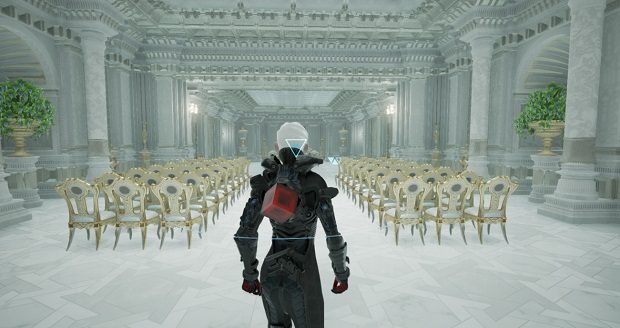 And the repetition carries through to your actions in the game. You’re navigating levels stalked by copies of yourself that learn from every action you do. Use your weapon, and after the palace “reboots” (a gut churning audio and visual cue that smash-cuts to black) the AI will be able to start shooting too. The result is a rhythmical push and pull, as you slip constantly between the huge groups of enemies that patrol these perverse halls.

Like the uncanny spaces in which the action occurs, it is a game structure defined by repetition and recursion, a clockwork machine that you must ceaselessly navigate. The result is an experience that feels like nothing else; fluid and overwhelming, sophisticated and yet deceptively simple. The fact that the game’s narrative, which casts the palace itself as a sort of vast marble chess set, also manages to provide a clever frame for the contrived elements of doors and keys, guards and puzzles, feels like a bonus. 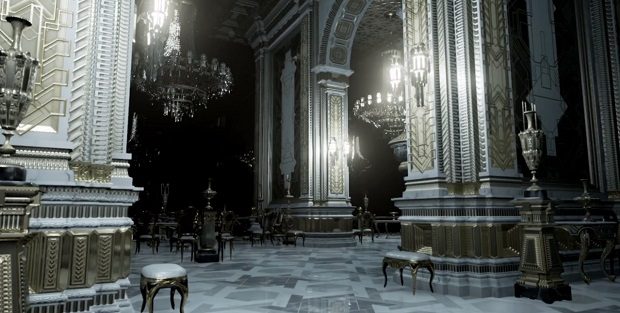 In the end Echo is that rarest of things, a game that is both sophisticated and self-aware while being thrilling, unnerving and unrelentingly tense. Like descending into the depths of London’s crooked underground, it is a distinctly memorable experience, and one of the most original and exciting games of the year.