It's always sad when a promising indie dev goes under. The latest is Ultra Ultra, a Copenhagen-based outfit whose first (and last) game was Echo, a stealthy-actiony-horror-ish type game where a croaky-throated young woman travels to an ornate, planet-sized palace in order to try to revive a long-lost friend she's carrying around in a red cube on her back. Oh, and it's also full of her own clones that mimic her every move and are all out to kill her. What fun!

It's an intriguing concept, for sure. Start being sneaky, for example, and the clones will be sneaky back. Shoot them with your gun, and they'll start opening fire on you as well. The same goes for running, opening doors, eating health-restoring grapes, walking through watery basins and vaulting over ledges. Whatever you do, your clones will learn and adapt to it, which can make them rather tricky opponents when they're constantly using your own tactics against you.

Now, I'll be upfront. Before I actually got round to playing Echo, the things I'd read about it made it sound amazing. In my mind, I pictured it as this combat-heavy third person action game a bit like Dontnod's underrated Remember Me, only in some weird, subterranean Palace of Versailles stand-in where you constantly had to mix up your moveset in order to progress.

Alas, the reality was something quite different. You see, croaky-throat En is really rather fragile. She can take one hit (or rather, one being-strangled-for-a-bit) when she's caught by a single clone, but if she gets mobbed again, or has more than three clones pile on her at the same time, that's it. Back to the last checkpoint. And man alive, those checkpoints can sometimes seem very far away from where you last were. 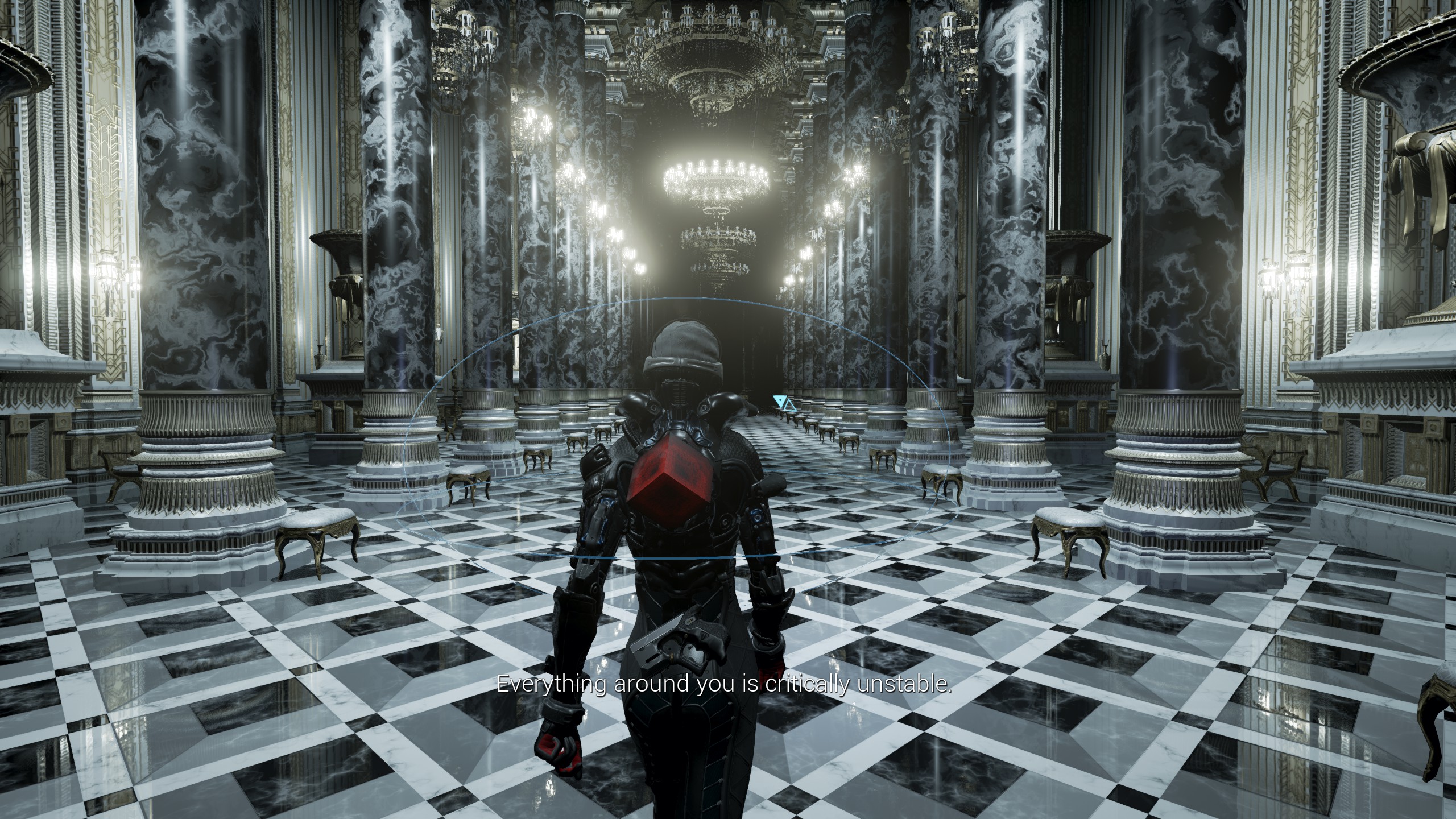 Perhaps I'm just not very good at playing Echo, but so far I've found it quite frustrating. I'm only around half way through it at the moment, but for me, it evokes the same kind of feeling I get whenever I try playing Dark Souls, as though the odds are unfairly stacked against you and everything's constantly out to get you. Some people will no doubt get a real kick out of that, but when some of these giant halls have dozens upon dozens of these pesky clones patrolling the corridors at once, it often doesn't take much to get completely overwhelmed, resulting in some irritating restarts and long slogs back to where you last fell.

I've lost patience with it several times, and I wish En had a few more moves up her sleeve to make her a bit more resilient. She definitely talks the talk of a tough, cocky (if slightly hoarse) bad ass; it's just a shame she doesn't walk the walk as well.

But despite my frustrations with the stealth and the limited combat, there's something about it that keeps me coming back. The world itself is wonderfully realised, and I'm intrigued to see what lies at the heart of this tricksy, unending hall of mirrors. There's just something about it that makes me want to explore every last nook and cranny to try to puzzle out its mysteries, and I almost wish there was a Soma-style 'no monsters' mode that let me just walk around it and enjoy listening to the rasping tones of Rose Leslie (aka: Gwen from Downton Abbey / Ygritte from Game of Thrones / Maya from The Good Fight) bickering with her prissy AI companion about its transhumanist cube nonsense. Or, at the very least, have its Easy difficulty mode dramatically reduce the number of clones you have to deal with, because so far I can't see any difference whatsoever between Easy and Normal.

Alas, with Ultra Ultra now no longer in operation, none of those hopes and dreams will ever come to pass. Still, despite Echo's flaws, it remains weird and different in a way that most games of this type rarely are, which is something I think deserves to be celebrated rather than buried and forgotten. Echo may not be perfect in the execution of its ideas, but I'm sure as heck glad that it exists.