Deep in a rusting warehouse, in a broken Russian state, I scope around a corner and stumble across the site of a massacre. Four, no, five bodies stretch the length of the hall, slumped and discarded. After reeling from the dead I click into Tarkov mode… Someone in that pile might have a roll of toilet paper!

Though there is no military value in bog roll, Escape From Tarkov thrives on loot. All the gruff men scouring the levels, with their carefully arranged layers from a tactical Urban Outfitters, are basically popping out for something from the shops/corpses. It might play a bit like a survival shooter, and it might also feel like a battle royale game, but “winning” is simply a case of getting out of the vast levels with more stuff than you entered with. You don’t need to be the last man standing, but you do need to have netted something for your time.

In my opening days as a scavenger, a roll of two-ply with a puppy on the wrapper was about all I could focus on. It was an easily understandable requirement in an otherwise baffling game. Vendors in Tarkov will often require additional items to trade alongside rubles. I wanted an armoured vest, and the vendor needed some loo roll and soap alongside payment. Hygiene is important, especially during an apocalypse, and somehow, somewhere I’d already found some soap. 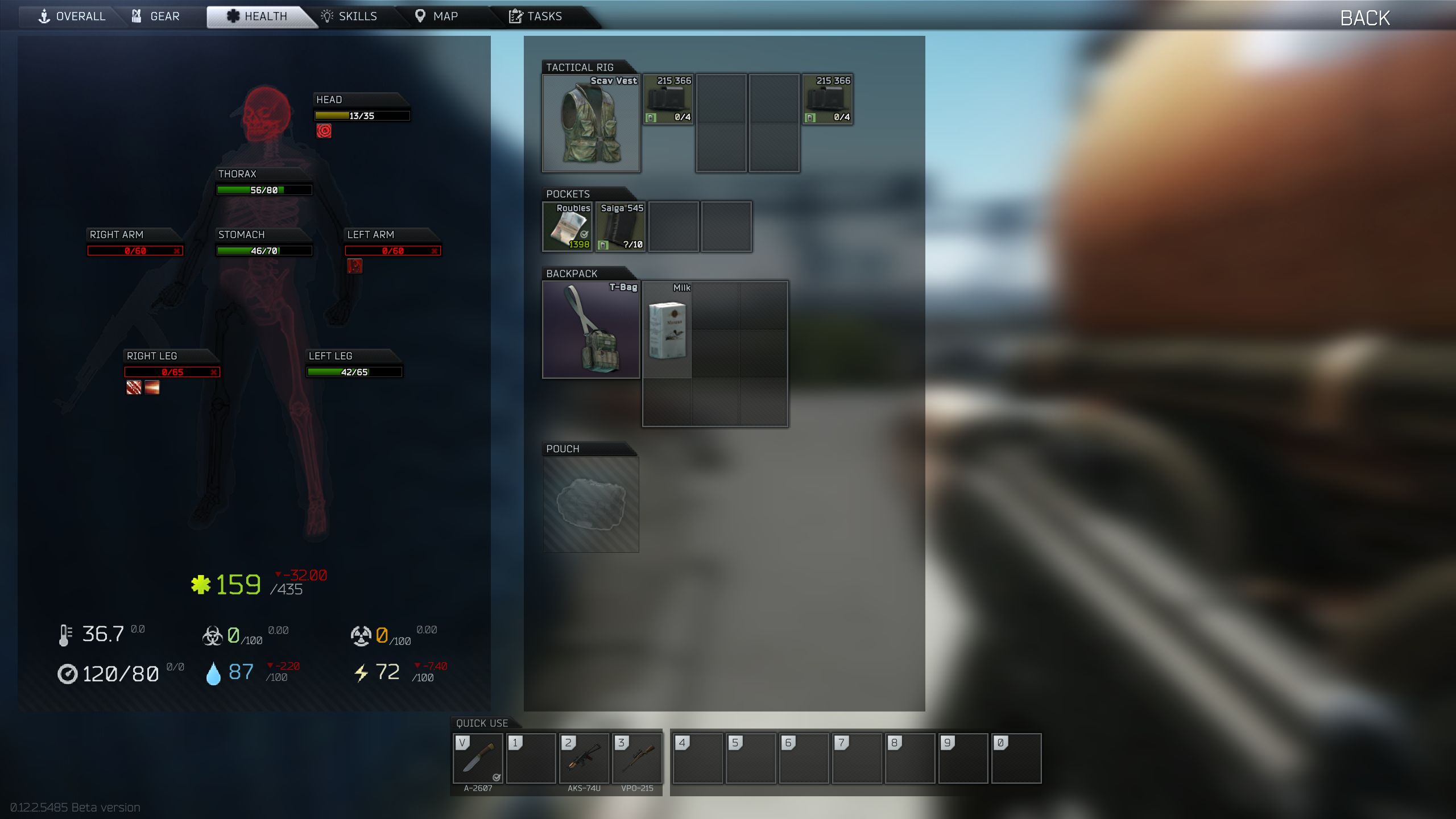 So I had a purpose, which was good because it was a rare moment of clarity in a game that thrives on obfuscation. When you’re asked to Escape--as the title behooves you to do--you need to work out where the unflagged escape routes are (there are in-game maps, but every single person in the community will tell you to use the game’s wiki). Looting requires you to take the time to uncover what you’re looking at, leaving you in prime position to be turned into a corpsey lootbox for someone else to rifle through. It’s chaos! I chose to focus on that single item, hoping I’d learn the rest of the game by Andrex osmosis.

Each round has a time-limit hanging over you like someone banging on a toilet stall demanding you hurry up, but it’s not a swift game. It’s built for stealth, with a control scheme that plays like an accessible Arma. Stances and speed are adjusted in small degrees. As I traipsed across the warehouse strewn Customs map, I learned that running full pelt around the map was a sure way to get dead. Then I learned that doing the same, but crouching, just made you dead in a more compact position. It was starting to feel like the only way I would escape would be to load into the level and run straight for an exit. I tried that. I did not make it. Death was around every corner, hidden in every shadow, squatting in every bush. You don’t learn by doing; you learn by dying. 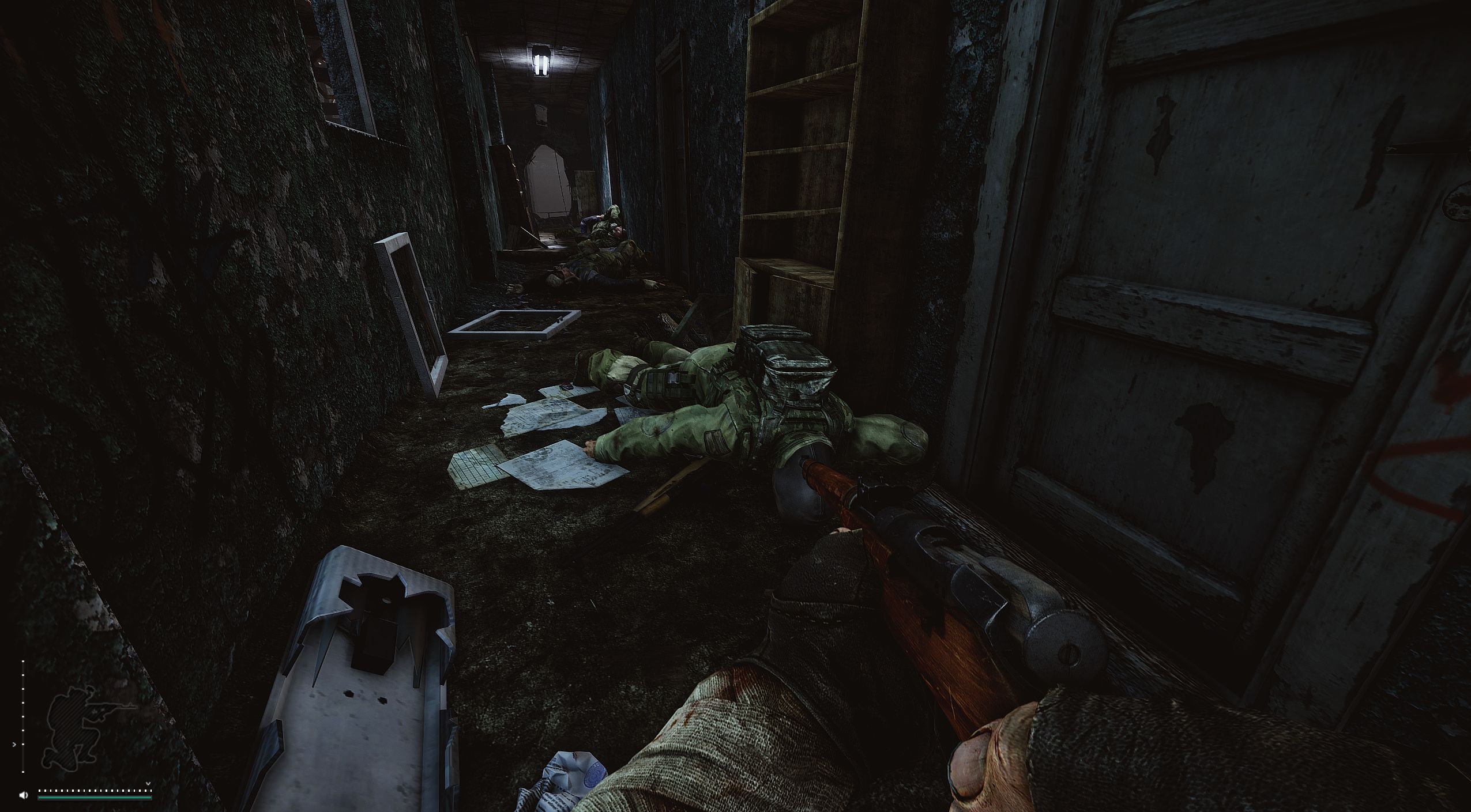 And using the internet. Google told me the dorms in the Customs map was a known loot haven. There’s no guarantee with RNG, but I figured that there was a good chance that I’d uncover my totemic toilet roll in that squat little collection of buildings. I somehow made it there alive, and snuck in. Like dorms everywhere, they’re incredibly unwelcoming. Dark, claustrophobic, and a place where high-level NPCs spawn. I stalked the corridors, cracking doors and checking rooms, closing them as I went, because I was taught to be respectful even during an apocalypse. I found piles of crap and burnt-out detritus, but no loo roll. When I discovered a body pile on the roof it was full of worthless military doodads. This is a world with more shotguns than sponge soft shitter sheets.

So I backtracked downstairs and froze: half the doors were now open. I wasn’t alone. I crouched and backed up the corridor as another player emerged. He was zig-zagging, checking every room. I settled into a prone position and watched, fascinated. He never once looked at me. He wasn’t aware he was being watched. It was like looking at myself many deaths ago. This is how I learned that you really, really need to take your time and plan every step as you hunt for loot. What a clumsy idiot I must have been! A walking target, crazily mumbling about commodes. I can feel all those crosshairs converging on me as I type this... 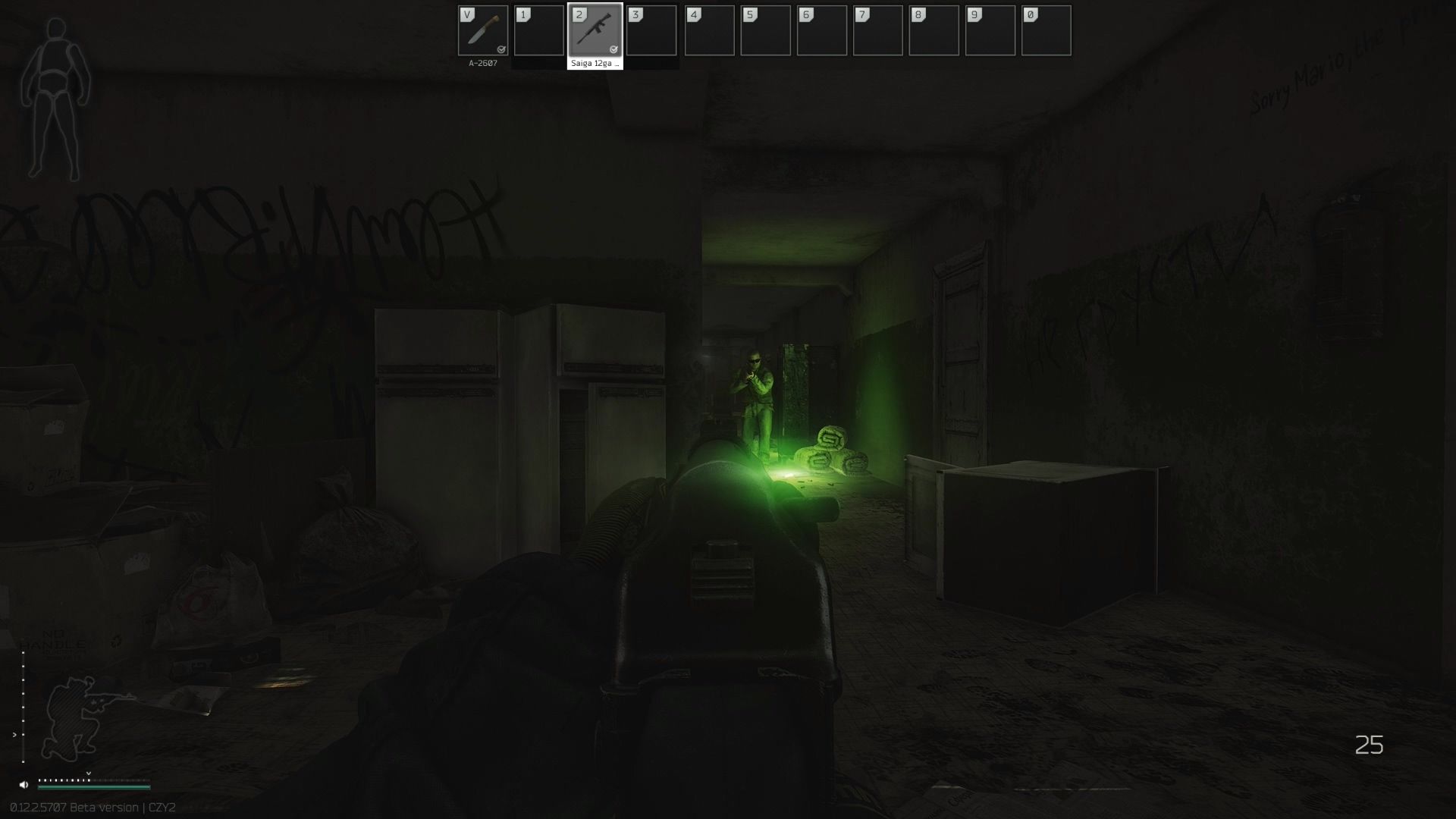 Then the door into the building opened and another played entered. I shot at him and missed, the guy I had been tracking dropped back into a room, and the new player shot me in the face. I’m not sure there’s even a lesson in that. It just happened. Maybe if I’d had the toilet paper I’d have been more cautious and let them fight each other while I tried to make myself smaller and less shootable? I’ve since stalked around Tarkov as stealthily as the controls will allow. I still died in a garage with a hand full of rubles and no poop paper, but at least this time I saw my murderer for more than a second. We even engaged in a what could charitably be called a face-off.

In a way, Tarkov reminds me of One Red Paperclip, a website where a guy started out with a paperclip and traded his way up from it until he owned a house. Risking life and limb for a roll of toilet paper is just the start. With the TP, I can trade onwards and upwards, to the point where I’ll be able to fit out my hideout with a room that generates toilet paper. That’s the dream. The hideout also has the capability to store a BitCoin mine, but right now that’s so far off that it might as well be a time machine. Or a bidet.

For now, I’ll keep playing. There’s someone out there in the same position I’ve been in. Zigging when they should be crouching, zagging when they should be trying to work out what grip fits perfectly on an HK 416A5 5.56x45 assault rifle by searching the wiki on their second monitor. I hope I find them, if only to see if they have a roll of two-ply on them. I still really, really need it.