If you click on a link and make a purchase we may receive a small commission. Read our editorial policy.
Developer: Altered Matter
Publisher: Altered Matter
Release: Out now
On: Windows
From: Steam, Humble
Price: TBA

"Oooh, that looks pretty," I said, marvelling at the screen that had caught my eye.

"It's called Etherborn, please turn the hose off now." Matt explained. He was right. Etherborn is very pretty indeed. It's also a splendid wee puzzle game. And unlike an uncomfortably large proportion of pretty, ethereal, dare I say 'artsy' platformy games, it didn't make my very soul sigh with a profound ennui.

You are a human-shaped silhouette with a visible nervous system, presumably for reasons, and according to the somewhat gaspy narration are in search of your voice. Let's get this out of the way: I did not care. The whole thing went completely over my head and I should probably be more embarrassed about that than I am, but hey, I never said I'm not an idiot. Inter-level cut scenes pan over a constantly moving cluster of what I can only assume are celestial coathangers, as a woman sets up a story of abstract searches for meaning and beings crying out for things, and feelings and wispy elemental forces and etc, etc. It's fine. Honestly, it really is fine, and the thing to take away from this is that I had a fine time with Etherborn despite being barely aware of what it's actually about.

The basic idea is your standard 3D running and jumping, but whenever you traverse a sloped corner, gravity curves with you. If you can imagine the nearest wall - we like to challenge our readers - if it had a curved ramp for a skirting board, you could walk up it straight up the wall, and from then on the horizon would be your new 'down'. This in itself isn't a new idea, but it's implemented extremely well, and it's somewhat humbling to be made aware of how simple a lot of the solutions are, since the real limit is your own ability to look at the geometry and physics of the world differently. 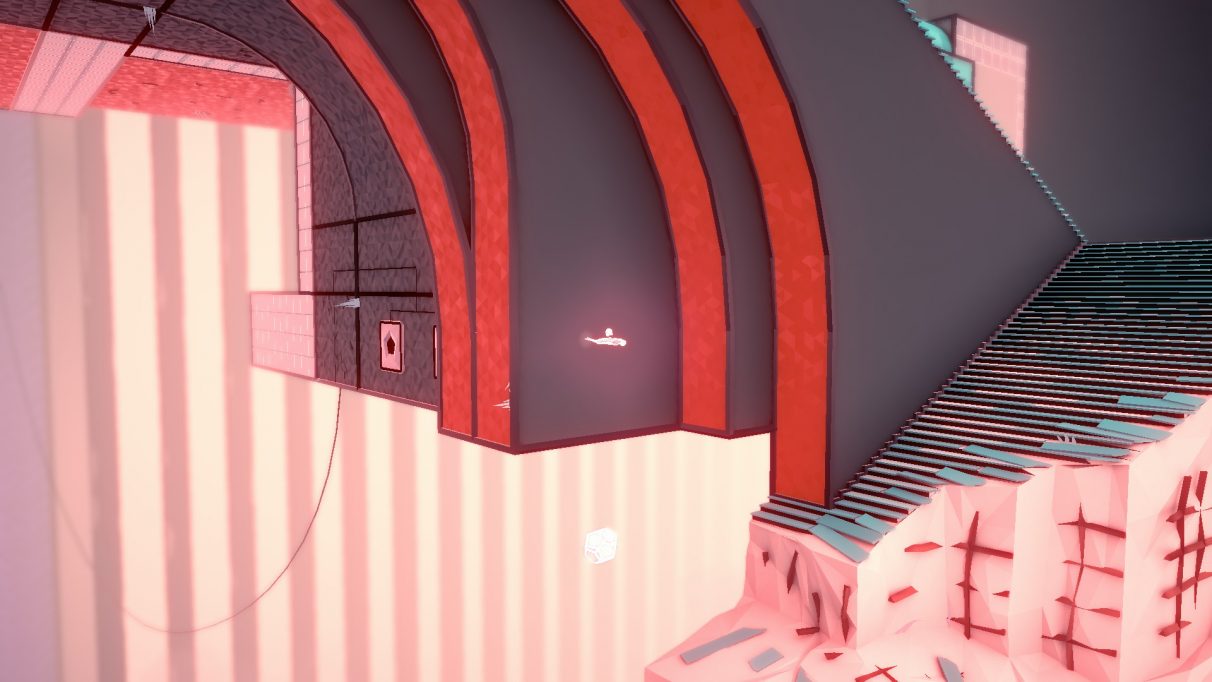 It was, I will confess, a slight disappointment to realise it wasn't the free flowing platformer I'd taken it for, but something much more focused, and entirely about the puzzles. Regular readers will know this is something I typically struggle with, but happily Etherborn shamed my ignorance. Each level is a large and faintly desolate structure, several floating freely in a wispy void. You jog about these in search of large glowing crystals, possibly at the behest of Richard O'Brien, in order to plug them into sockets to unlock more of the level. "Summon" might be more accurate in fact - plugging crystals into the right sockets raises bridges, or pulls in huge, previously unseen chunks of land to explore, and one level in particular is about doing so in the right order.

The whole game made clever use of perspective (and it bears mentioning that the camera work handles well what must have been a really tricky challenge). One path I'd summoned was covering up the socket I needed to get to. But rather than simply cover it up, which would have led to me fruitlessly running around for hours with no idea it was there, the devs added a barred grille to the path-chunk in the spot where can still see the socket, tipping me off visually that I'd locked myself away from it (not that I figured this out for a while. I never said I'm etc.). 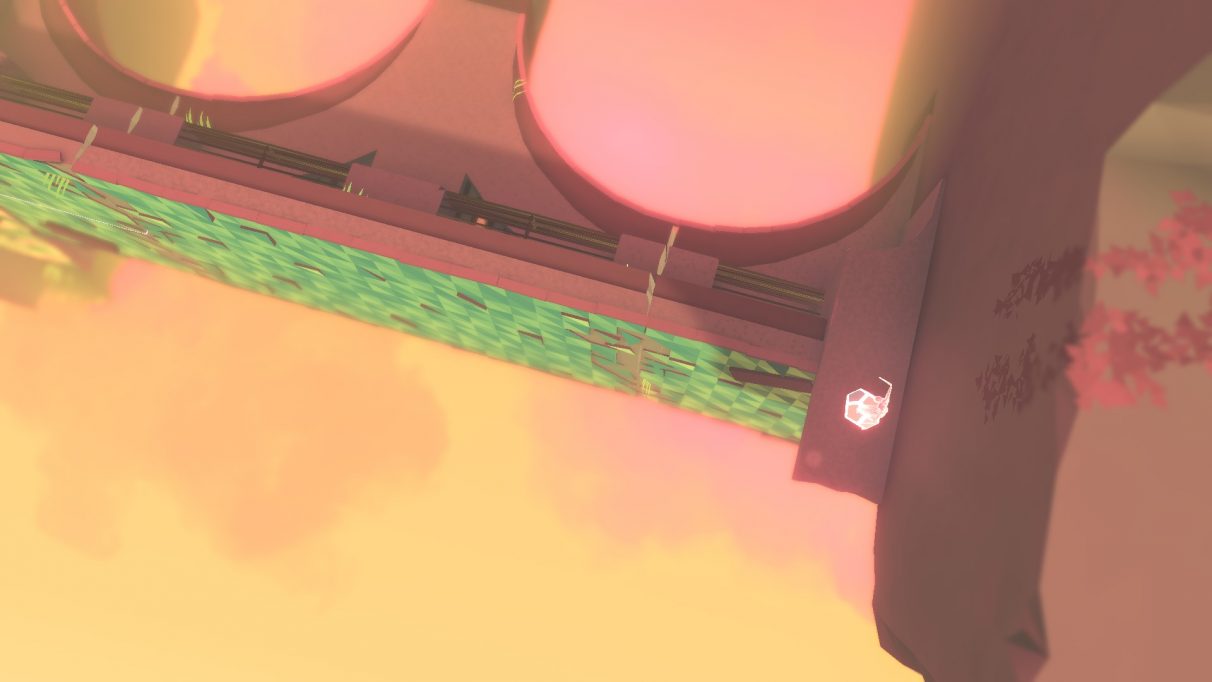 This kind of encapsulates why Etherborn works so well. Calling its challenges 'puzzles' might even misrepresent them, as it calls to mind pushing blocks around or fiddling with items or buttons. The challenge here is in teaching your brain how to use the slopes and jumps and pokey uppy things to find the path you need. It tends not to play tricks or hide things from you, if you discount the times when it obscures the opposite side of a level until you find the path there. In doing so it hits the right degree of challenge - the only frustration I felt was with myself, as it's entirely fair, and the solution to whatever difficulty I was having was always tantalisingly out of reach.

You know that moment where you sort if intuitively figure out where you're going, but it only works if you don't actively think about it or try to explain it to yourself? Quite a few of the hurdles I struggled with were overcome through that. It's really quite impressive, and puts me in a strange position of wanting a bit more while also acknowledging that it was exactly the right length. 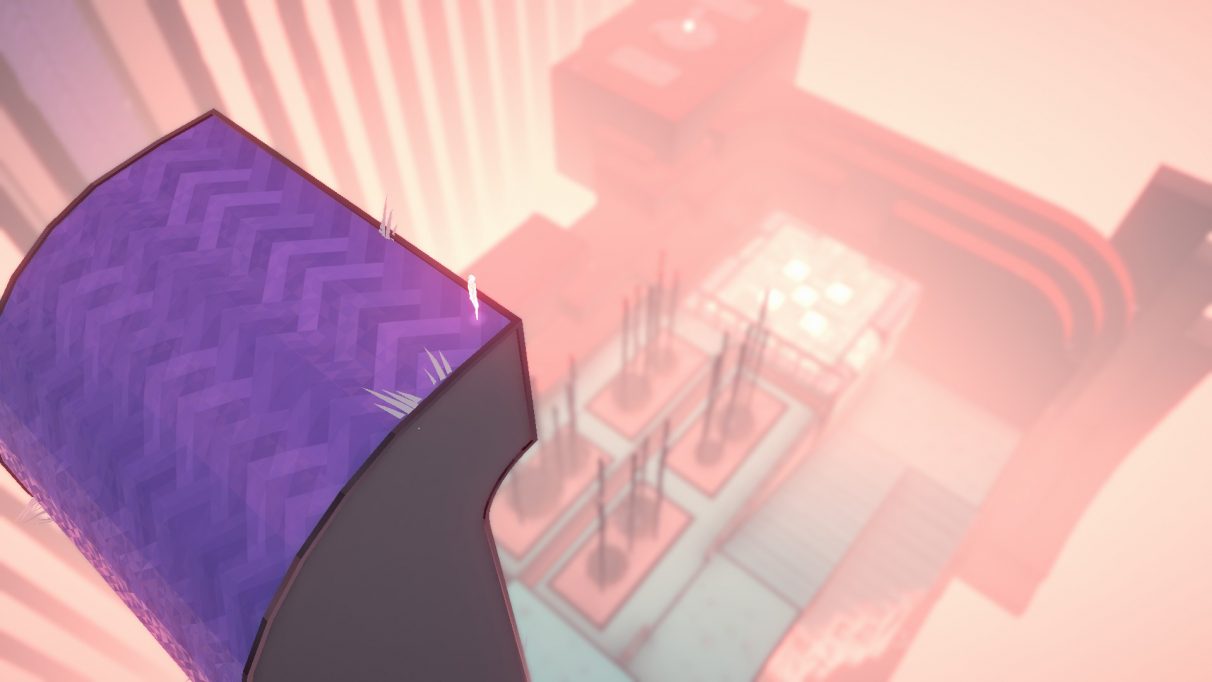 Rather than dozens or hundreds of tiny levels, Etherborn offers a small handful of elaborate, carefully crafted ones. Its narrative, for all my mud-brained failure to engage with it, was unintrusive and pleasant enough that I could sit back and relax with it as a wee reward for finishing a section. Even the parts between levels where you open up new branches on the 'eternal tree' and run along them for a while were so well presented that they turned sections I'd normally regard as a chore into a comfortable transition. I was first attracted by the striking colour scheme showcased in its trailer, which changes for every level through warm pinks and oranges, vivid purple and greens, and a particularly classy scarlet and teal in the most elaborate one.

Indeed, so effective was the musical and visual direction that I gasped in genuine awe at a key moment in the finale. It may not be a long game, for a faster-witted player than I would get through it in an afternoon, and pretty games may not be all that scarce... but this is more than just pretty. It's a carefully directed, genuinely beautiful game well worth your time.