Ever since I squeezed my face into David Braben's Rift hole (humblebrag), I've been a VR convert. I've moved house three times since then, and each time I've managed to tether up some sort of VR system, from the pokiest of rooms to my reasonably spacious home office. That last one is not a humblebrag, as I'm far too humble to do two in one paragraph. It's just a brag.

I've been using VR for a long time, so I thought I'd ask myself what people might be worried about before committing to it themselves. What about those awkward tangibles, like wires, space, and PC power? Or troublesome intangibles, like what you look like when you watch a John Travolta movie in VR.

Here's what I've learned in the past eight years.

You can play in a small area 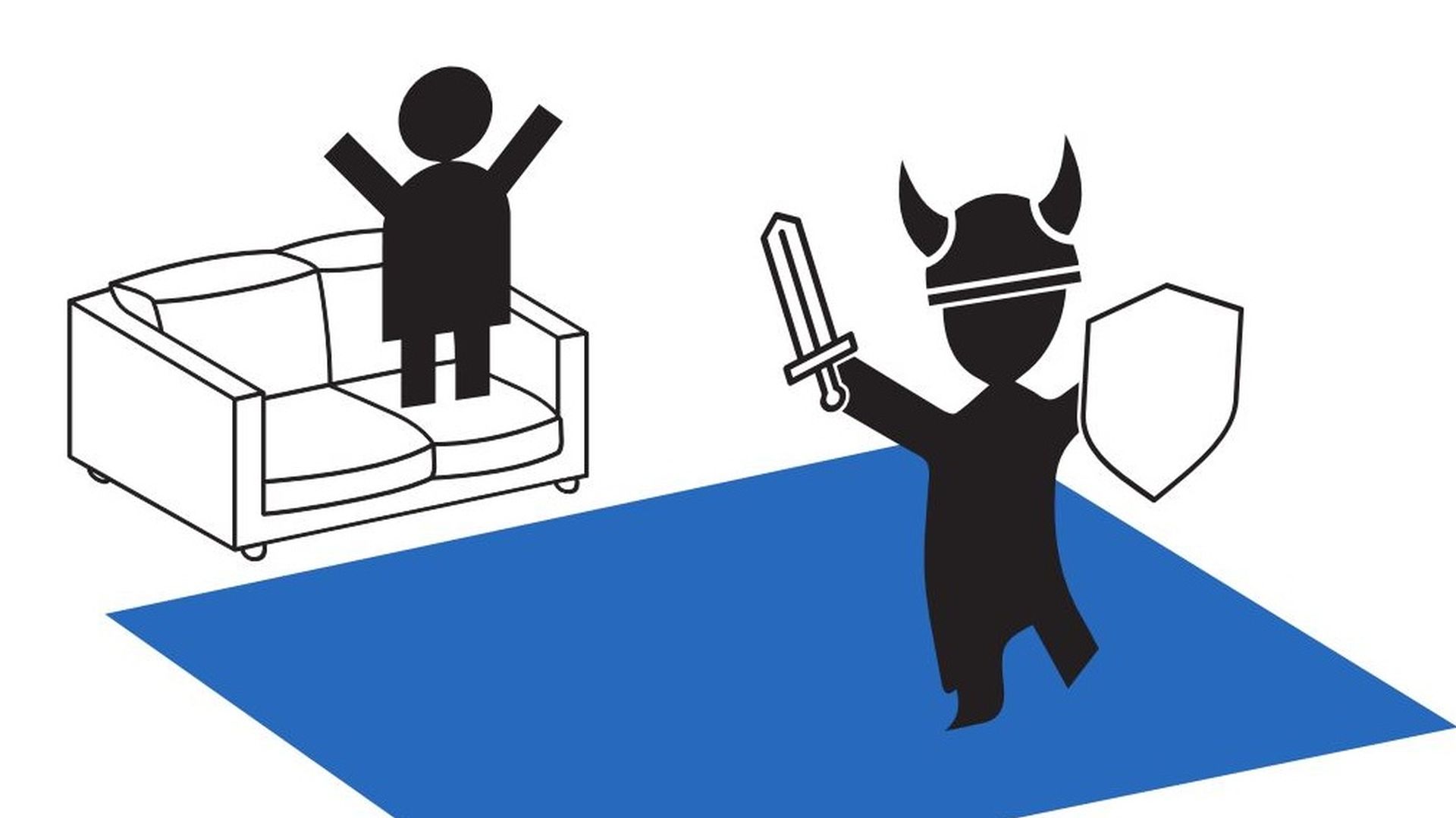 My first Holodeck was in the living room of our cramped London flat. We used my work PC as our TV and had an L-shaped sofa snuggled up in there, leaving about 1m square of floor space. Even back then, some developers had already crafted teleport options for movement, and telekinesis controls to grab items. I could stand in the small area and bosh and whack away.

We're a few years on now, and though I have a whole home office set-up to play in, I often won't drift away from the centre of the room. I move more in-game than in person. It's a problem that's getting solved as more developers approach their games with accessibility in mind. In a lot of games, things come to you, not the other way around.

You don’t even need to stand

I hurt my foot when Half-Life: Alyx came out, but I was too impatient to wait for it to heal. The first evening I played the game while sat my desk. The combination of teleporting, thumbstick turning, controller bound duck and jump buttons, and the gravity gloves made it entirely possible. It was only a tiny bit more awkward than standing.

If you turn the headset off mid-game, you risk leaving the player in there

Poor Tom. My BFFiest of friends. The man who helped me build my bed. As a reward for his handiwork, I asked him if he wanted to cram his face into my Vive. He was thrilled! I stuck him in TheBlu, a great, underwater experience that lets you stand face-to-face with a blue whale. As a joke, I yanked out the cables from the PC and was about to tell him he broke it, but when I did, he slumped forward and let out the noise of a dying modem. He briefly flashed monochrome. When I managed to take the headset off him, he looked at me with eyes the colour of broken firmware. Now, whenever my hard-drive spins up, I can hear him screaming to be let out. The warranty does not cover this.

Wires hold things back, but they are still necessary 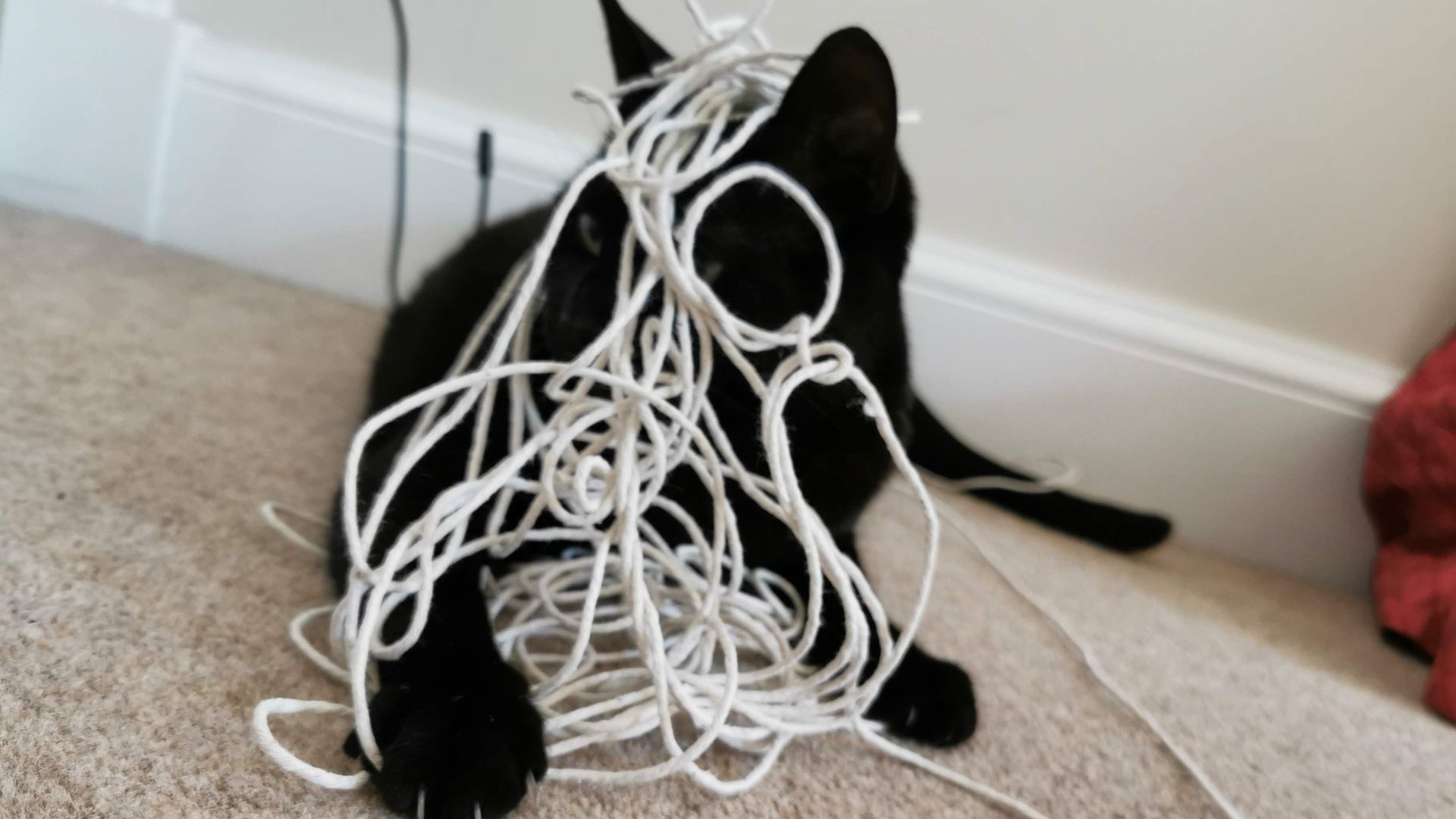 I have a Valve Index, which means my set-up is one costly object tethered to my livelihood. Despite years of gaming in a face gasket, I still play like a thief trying to sneak into the Queen's latrine, desperately trying to avoid breaking my headset, my PC, or my body. In that order. Even so, by the end of something like SUPERHOT VR I’ll still be wrapped up in wire like a meatball in spaghetti.

Wires are a constant tension between the player and the immersion that VR promises. But they're also needed if you consider VR a high-end PC hobby. I understand the Oculus Quest lets people play wherever, and I love the idea, but I also like big games with meaty gamesability that hold very little back. I still need my PC for that, which means I still need a wire attached my headset to my graphics card.

There is a wireless adaptor that will allow the HTC Vive to connect wirelessly, but it costs £359. There's nothing for the Valve Index, but if they work that out, it won't be cheap. I'll probably keep the wires. 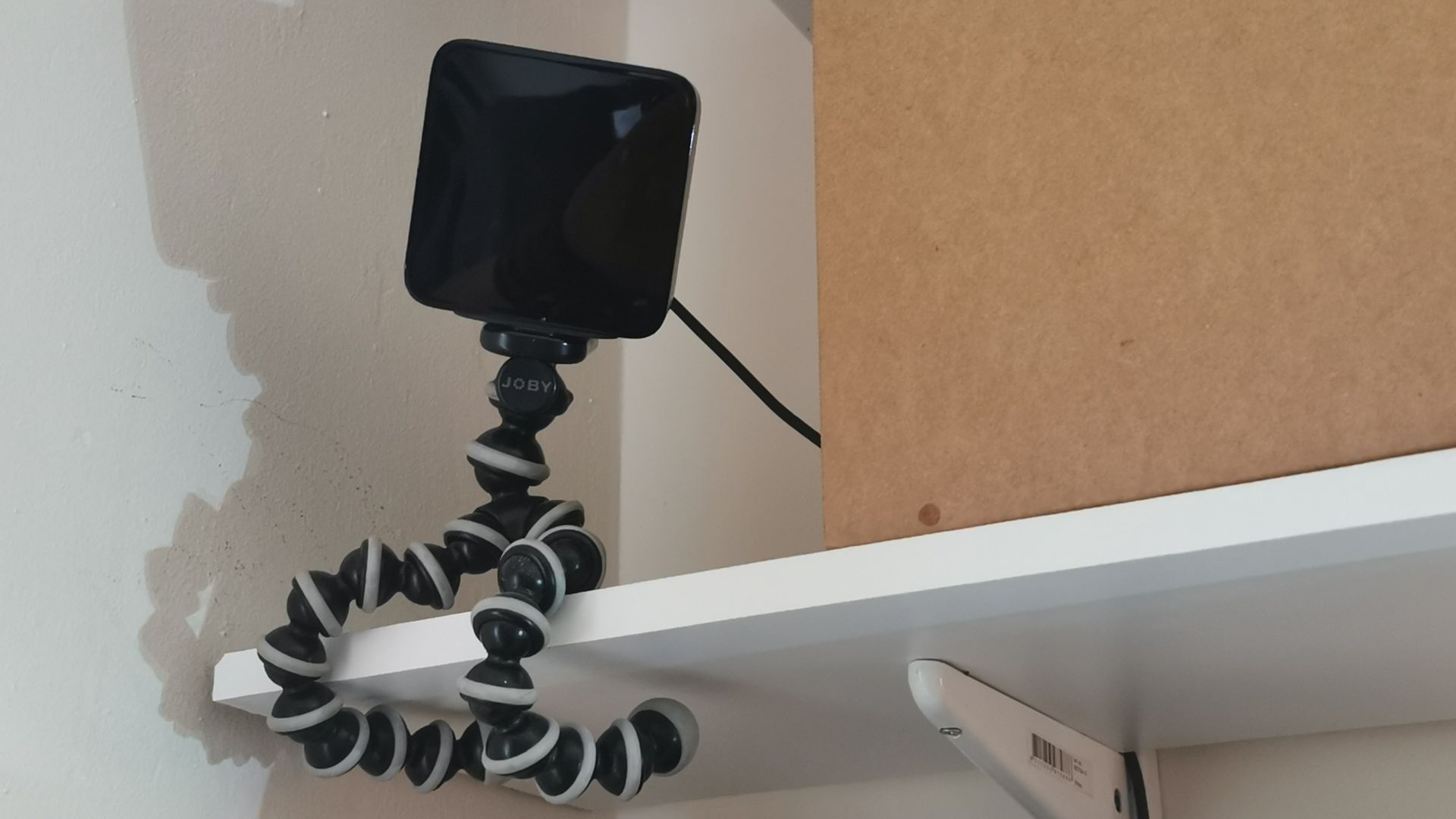 The laser-tracking devices or camera always seem to be a significant concern. Where do you put them? Mine are hooked onto odd areas of my office using flexible camera tripods that cost a few quid. I've stored them on top of cupboards and dangled them from curtain rails. I've never had an issue with coverage. I've never once had to get a drill out and then lie to my landlord about stray bullets from an assassination attempt. They've never been an unsolvable problem for me.

It only takes about a minute to set-up

When you've settled in, moving from a normal game to something like Beat Saber isn't much of a problem. I grab the headset and plug it in, flick all my wall switches, move my chair, and then stand in the middle of my room. As a wee bonus, I hold my hands down and slump my head, so when the headset flickers to life, I can move into position like I'm coming online. It's like being RoboCop.

It will take some room design, but in every place, I've lived I've managed to have the ability to get into games in short order.

But it is possible to kick a wire and have your foot suddenly tethered to your head. Your head loses in that scenario.

Controllers aren’t quite good enough yet

There are several controller options for VR. I have Vive wands alongside Valve's Index controllers, and I use them both. The problem is that the finger-tracking on the Index controllers is imprecise. Sometimes things won't grab, other times you'll find yourself accidentally dragging a box half a level when your hand won't let go. The Vive wands squeezy grip might be less realistic, but I still appreciate the fact that they don't often misread a squeeze.

Oculus's controller-free finger tracking isn't a complete solution, either. Holding an item in games feels natural when you have a controller in there, so without anything to grip it all feels slightly off. That being said, I get a real thrill seeing hand-tracking systems. It's absolutely a part of the future of VR. I really want haptic gloves.

You get to call your play space "The Holodeck"

And if your door has a lock on it, you get to run "Riker Scenario 12".

There’s more to immersion than graphics

Despite absolutely drooling over Flight Sim for the past two weeks, I consider myself post-graphics. I don't need an incredibly accurate simulation to enjoy a game. VR cemented this. You'd think that being in a virtual world would demand visual verisimilitude, but honestly, it's more important that things are built with a coherent vision and just run well. I'll take a blocky, cartoon world vs a grimy, overdeveloped AAA if it runs better.

One of my favourite VR games is still BLARP! I never once cared that it looked like a Unity assets demo.

I once spent a week believing myself to be a deep-cover agent on Mars, and it was fantastic. I want to go back in and join Sharon Stone on the side of evil. We will snog evilly.

A small but essential step for technology to enter the mainstream is adoption, and not just by players. Developer support is critical, too. The main engines, Unreal and Unity, both support VR development, giving a substantial boost to indies looking to build a VR game.

Steam is my goto place to find games, but itch.io has over 500 VR games in its catalogue, too. I grabbed Low-Fi off there last week.

This is very much game dependant, but you can play 2D games in a theatre in Steam, and it's like having a giant TV screen. I've been looking into what sort of games run well on the virtual big screen. Both Shadow of the Tomb Raider and Rocket League have proven playable, and each has a subtle 3D effect.

Some of the best VR games are modded pancake games

You don’t need a huge library of VR specific games to play. Vivecraft is an absolutely brilliant way to play Minecraft, with a great UI and useable tools. Doom 3’s VR mod turns it into a great room-scale shooter. Even GTA V can be played entirely in VR. 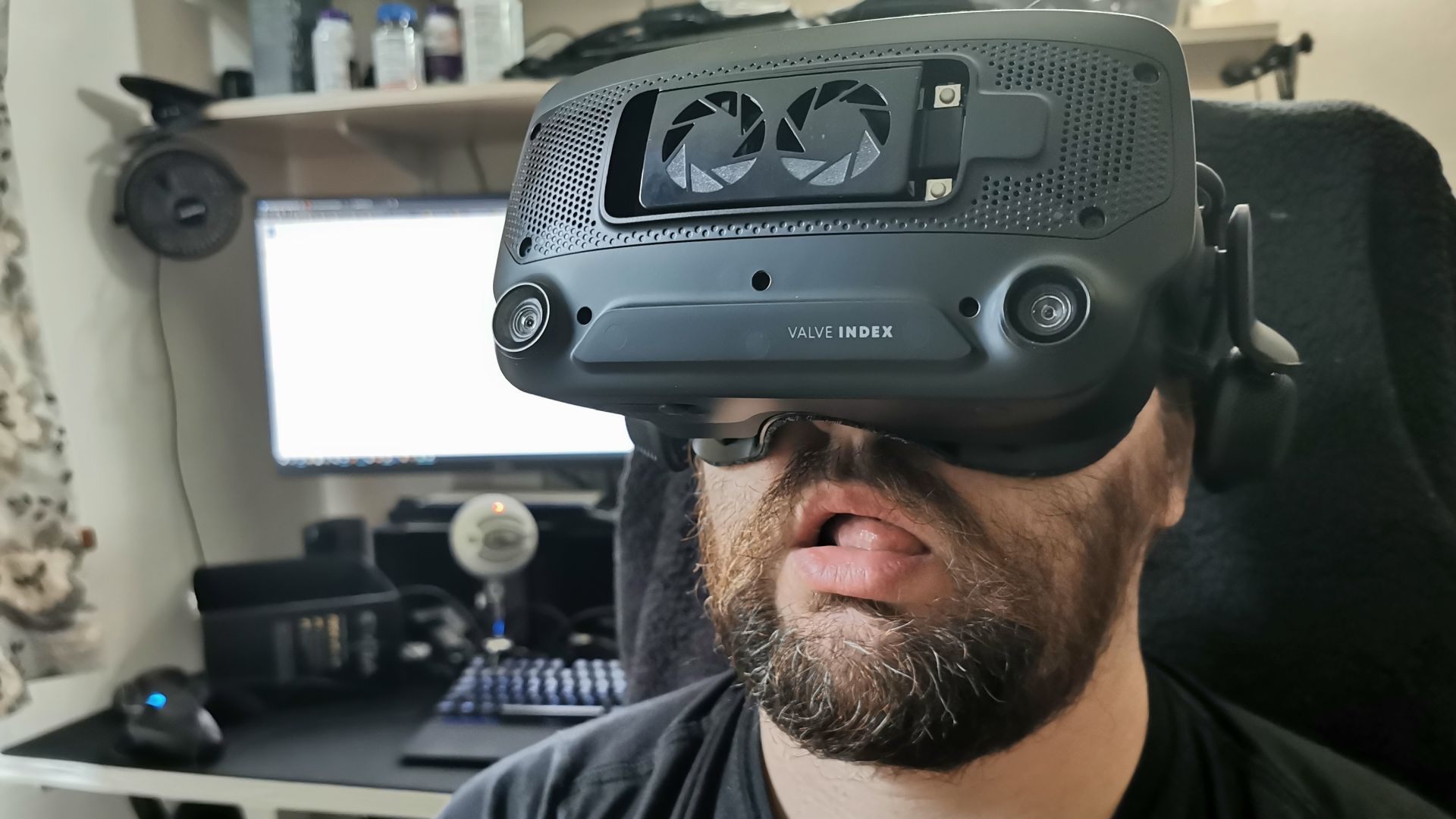 I was watching John Travolta's "The Fanatic", for crying out loud! The least sexy movie in existence.