Josh Krook is a developer that finds himself frustrated with a lot of walking simulators today. Because, for all their narrative potential, he believes their ability to tell meaningful stories interactively so far still hasn’t been fully tapped into. His new game, The Cinema Rosa, is a first-person exploration game set in a movie theatre, representing his concerted one-man effort to do something about this. And it comes from a place of personal experience and childhood memory.

“The inspiration was actually the cinema down the road from my house,” Krook tells me in our sit-down discussion. “I live in Sydney, and there’s a movie theatre called the Hayden Orpheum which is kind of an Art Deco cinema built in the 30s, and that got me inspired.” Set within the dark and atmospheric confines of the titular Cinema Rosa – itself a greatest hits for the brassy architectural stylings present in games like Prey and BioShock – Krook’s game hopes to set players on an emotional journey where a broken relationship acts as the central theme.

You play as one half of this ruptured heart, a disgraced co-owner of the enigmatic building forced to return one stormy night in an effort to hopefully restore what is lost of your joint venture. In my 40-minute pre-release demo, The Cinema Rosa certainly makes quite an impression. Beginning outside, raindrops fill the darkened street as a thunderstorm crackles, backed up only by a noir-esque internal narration. The dissonant vibe of the lost roaring 20s and slightly-less-roaring 30s is immediately set.

Despite tackling this notably eerie opening, Krook is quick to remind me that The Cinema Rosa isn’t intended to be a horror game, at least in the traditional sense. “I would classify it as spooky, but not horror – it’s really splitting hairs,” he reveals. “There’s not going to be any scary sequences or jump scares. Nothing like that. It is an abandoned environment after all, and so there’s kind of unknown quality to it. Like one would expect from a BioShock game, there’s a certain atmosphere without being scary.”

The main bulk of the demo doesn’t have me doing anything one wouldn’t expect for other games of its ilk. As memorable as the cinema is intended to be as a location and a character of itself, I’m still required to gather collectibles and documents while exploring the space, using the information garnered to proceed further into the Rosa’s many veins and arteries – some hidden, some not so. There’s something to be said about playing a game in a genre known for being explicitly cinematic that’s set it within a cinema.

Entering the Cinema Rosa’s main foyer, I’m greeted by vintage-style posters of movies projected in the past, unused ticket strips, and the private quarters of the cinema staff. All this is to say that The Cinema Rosa goes a long way to ensure you feel a history to a certain kind of space now uncoincidentally lost to time. “A lot of the classic, small walking simulators have been set in a house, or an office, all these kinds of very simplistic environments,” Krook tells me. “I wanted to do something different that was also simple in some way. It kind of lined up nicely.” 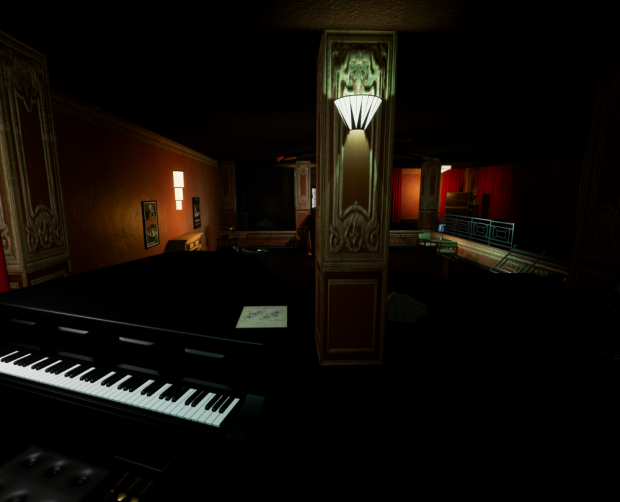 Krook isn’t coy about revealing the game’s tendency to explore subjects of loss, romance, nostalgia and regret. With your core aim being to reconstruct the cinema to its former glory days, it’s safe to say that more than a few personal demons will be confronted. No part of the game embodies this more so than the various dream sequences sprinkled throughout. “The idea of those is that you get something from the dream that you take back into reality and use in some way,” says Krook. “As the game goes on they’ll start blurring with reality a bit more. Weird things that happen in later sequences will start happening in the cinema.”

And it’s this combination of reactive environments and cinematic storytelling where The Cinema Rosa seeks to take interactive storytelling in walking simulators to new heights. “I played Dear Esther and I found it disappointing. Not for the reason other people found it disappointing most likely. For me it was because while you’re going through the story, nothing happened in the game world that reflected what you were learning. What I wanted to do with The Cinema Rosa was to have the narrative reflected in the environment you’re going through.”

In a little tease of one of The Cinema Rosa’s set-piece sequences, Krook explains how this will work in game. “There’s a scene that I’m making currently, which is a scene about doors slamming in an argument, where the doors around you will actually start slamming. It’s representative of this idea that the world should, kind of, respond to the story and react to it,” says Krook. “I think that video games as a medium is the best one for that, because you can’t do it anywhere else.” How frequent and how many of these moments will make it into the final game is yet to be seen. 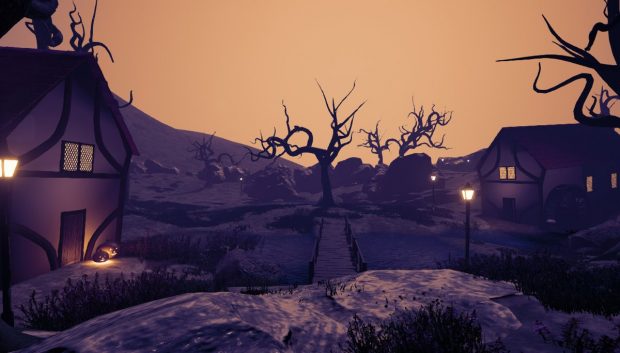 Having been developed for just over four years now, at the time of writing The Cinema Rosa is, like many games with a small team, in the early stages of crowdfunding. Should it reach its goal, Krook remains confident that players will take something personal from the parallels drawn between cinema and relationship. “The protagonist bought back the cinema with the idea to restore it room by room,” he explains. “There’s kind of two lines to the story; you’re re-building the cinema but you’re also rebuilding this broken relationship. Those are the two narrative tracks that will be running parallel. As you rebuild one, the other gets fixed.”

So far, The Cinema Rosa looks to weave a promising tale I’m excited to play a part in. It's focus on the connection between a reactive environment and personal story is its principal appeal, but the faded old-school glamour certainly helps.