Clubbing on a Tuesday night is not a good idea. The only places open on a Tuesday are named after sea creatures and bandits; “The Dolphin” or “Copper Face Jack’s”, “Sneaky Pete’s” or “Mermaid Bar”. Inevitably, you will tryst with a stranger. Primal urges will be satisfied. In the following days your nethers will begin to itch in a sinister way, as you both realise the existence of, and dither within, your own pathetic void.

At no point will you regret a dodgy Tuesday, but its events will never have meaning. They will hover, seeming like they were intended to mean something, but what that meaning was, other than drunken ramblings, will remain obscure. Far Cry 5 is like this.

Its core gameplay loop is a perfect melange of gunplay, shovel throwing and silly open world fuckaboutery. It’s confusing but pleasant. It’s a souffle of idiocy, covered in bourbon. Which is to say, it’s absolutely bangin’ and you should play it. If you haven’t then spoilers about it, and the end of all human life, follow. 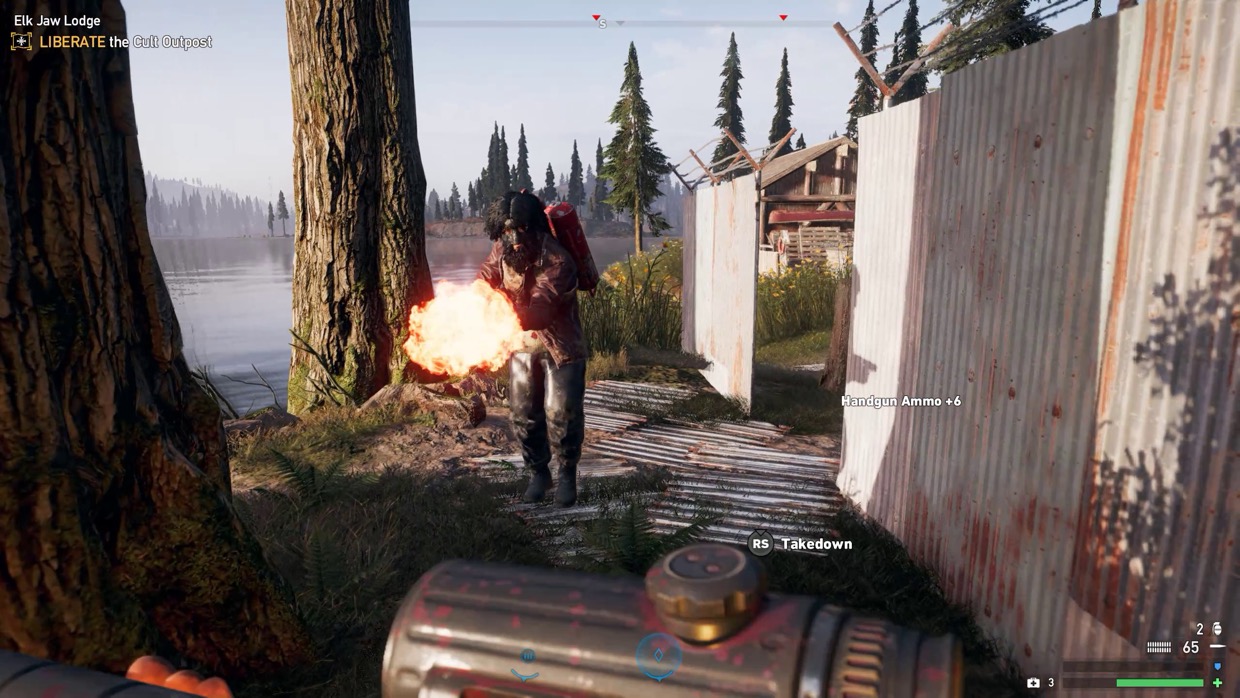 But if you have played it you will know that, as John has rightly eviscerated in detail, its plot and ending are all kinds of insipid, incoherent slosh. A little recap, if you need your memory refreshed: you play as a sheriff’s deputy who is sent to arrest Joseph Seed, the leader of a cult called Eden’s gate. They’ve taken control of Hope County, Montana. It being Far Cry, everything immediately goes tits up and you become a kind of freedom fighter, fighting with the local resistance against the cult. The best way to do that is by killing every person and animal you meet by throwing a shovel at them. That shovel has all the precision and grace of a Roman pilum; by which I mean really good, sexy precision. After 15 hours, Joseph’s family and a good chunk of Montana will have been shovelled to oblivion.

Then, in your final showdown with Joseph, the game goes totally off the rails. Nuclear bombs start randomly blowing up in the background. It’s perverse and unforgivable, like someone setting off fireworks during the finale of the Crufts dog show. You and Joseph end up together in a bunker, chilling, as the world burns outside. All of this is completely inexplicable as the game doesn’t set it up, in any rational way. No one you meet, no one involved in the plot or in the game’s world, actually causes this nuclear holocaust. It just happens because BIG FINISH$$$! It’s like thunder or diarrhea, or thunderous diarrhea.

The kind way to read this is backwards. From the viewpoint of Far Cries nowhere, where the world is already gone, the plot starts to make some small nugget of sense, at least thematically. If you look at the whole game as a set up for its ending, it looks like what they really wanted to do was make the virtual embodiment of Bad Moon Rising by Creedence Clearwater Revival. An easy going tale about the end of days that has a nice beat, and says nothing about the actual end of days. Which is to say it really wants to be a pre-apocalyptic fiction, a game about the way the world would be before the Apocalypse, before the fallout. 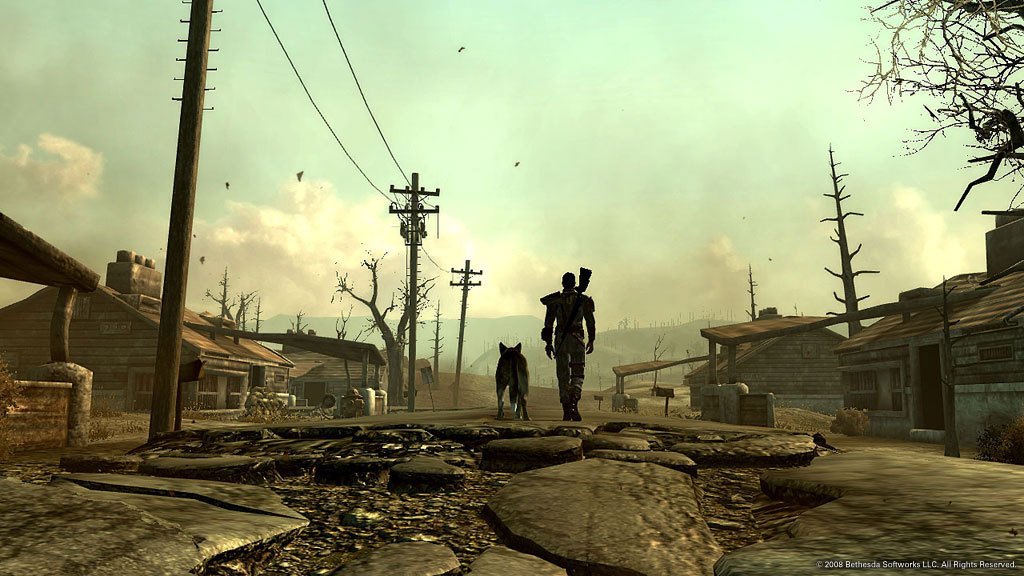 Or literally before the Fallout. Post-apocalyptic games like Fallout are often about taking back and re-asserting control over a world that’s gone to the wolves. In Fallout 3 you fix the water filters, and so symbolically purify and reclaim control of your world. In Far Cry 5 you try to maintain control over Montana against Eden's gate, but then lose it anyway, to the apocalypse. No one has any real control.

Like its predecessors, one of Far Cry 5’s pivotal themes is the play between control and order. Eden’s Gate’s motivations and beliefs are never explicitly stated. You just hear blathering, empty Christian truisms. One creed, however, is stark and obvious: Eden’s Gate are all convinced that the Apocalypse is coming. It is an absolute and unstoppable fact. The tension in the game is between order, which is slipping away, and the uncontrollable, the end of it all, which is arriving like a shot of tequila that cares only for itself and the unknowable agave plant that spawned it.

The cult’s response to all of this is to take direct control over Hope County and the minds of its citizens. Each of the Seed siblings uses a different method to do this. Jacob brainwashes people and programmes them to do what he wants, using the song Only You by The Platters to train and trigger their actions. John uses brutality and coercion to make people “convert” to their faith. Faith uses a zombifying drug called bliss to make people trip balls. Manipulation, coercion and drugs. All ways of controlling people and all responses to the uncontrollable. 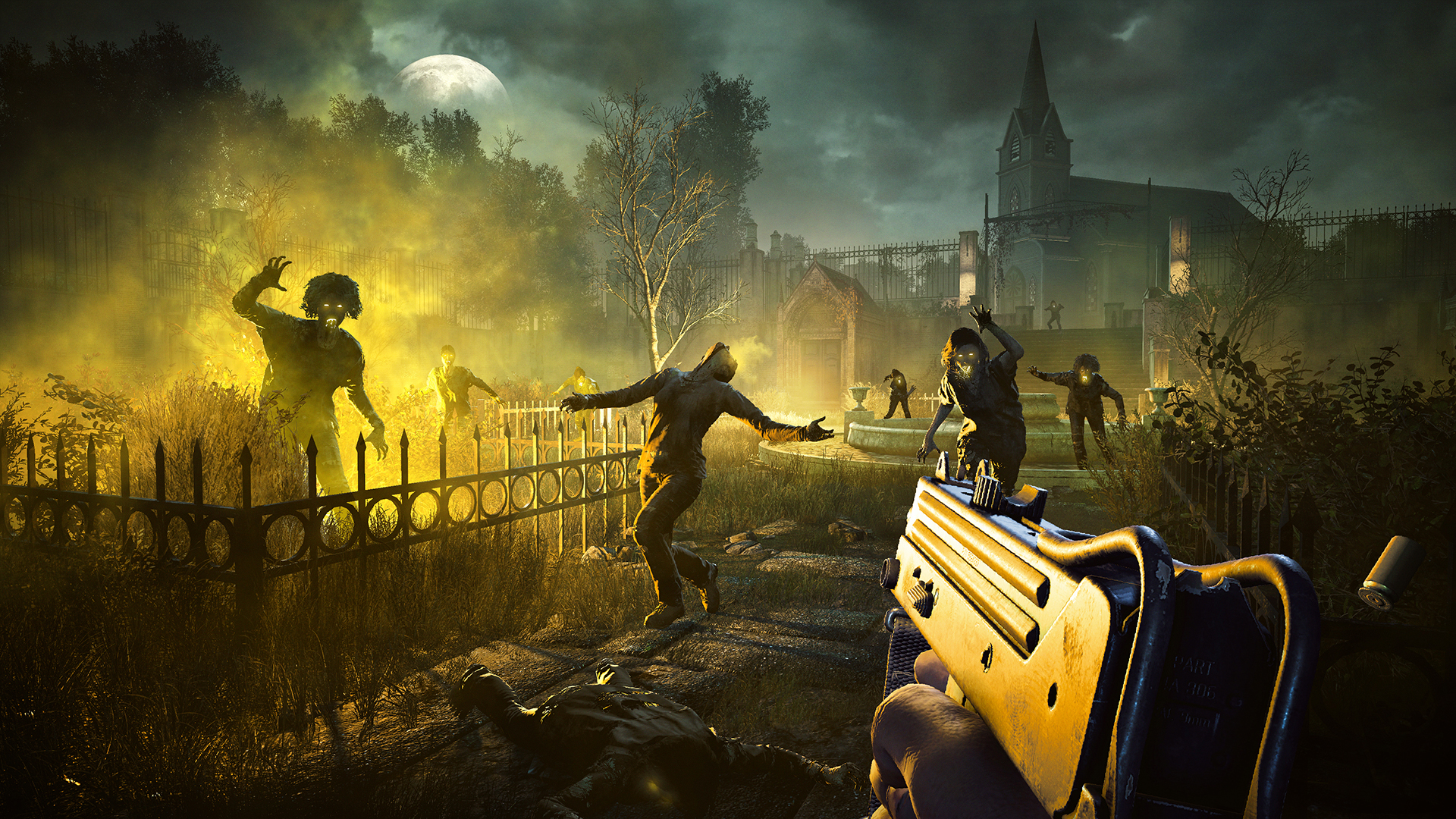 Hope County is also full of dim witted, Libertarian conspiracy theorists. They fear that big government, electricity, taxation and space aliens will suck all the joy from their lives, the same way they'd be afraid of mandatory, extra thick, military grade condoms. Some of the main side quest loops are the Prepper Stashes, basically bonanza loot sites where these paranoiacs have hidden away doohickeys like shotguns and cheeseburger bear bobbleheads. These people are anxious. They are preparing for a shit show, for a time when Fireball whiskey is no longer available and one is forced to ferment tinned beans and vodka in the bath. In Fallout, all the scavenging and looting and stealing reflects the poverty that results from the collapse of civilisation. It’s an economy of scarcity and hussle. Like a jackal, you steal from the dead. In Far Cry 5, you meet the kind of people who hoarded all that stuff away, preparing for the future. Knowing the ending, that it was always already for nothing, makes the game eerie in retrospect.

Fallout is also famous for its retrofuturist aesthetic. You play in a fictional future, based on a kitsch version of 50s Americana. The game is set in the future, but that future feels and signifies a nostalgic past, a past no-one has actually lived through. In this spiral of apocalyptic fantasy all the 50s tropes -- Nuka Cola, power armour, pip boys and of course Dog Meat (the goodest of good boys) -- provide endless humour and comfort, in what could be a really bleak experience. Far Cry as a franchise already has its own irreverent, almost-satirical style too. 5 really adds to this by expanding its weird, rootin’ tootin’ Americana mythos in detail. All of this could work in a similar, comforting way in a post-apocalyptic Far Cry. 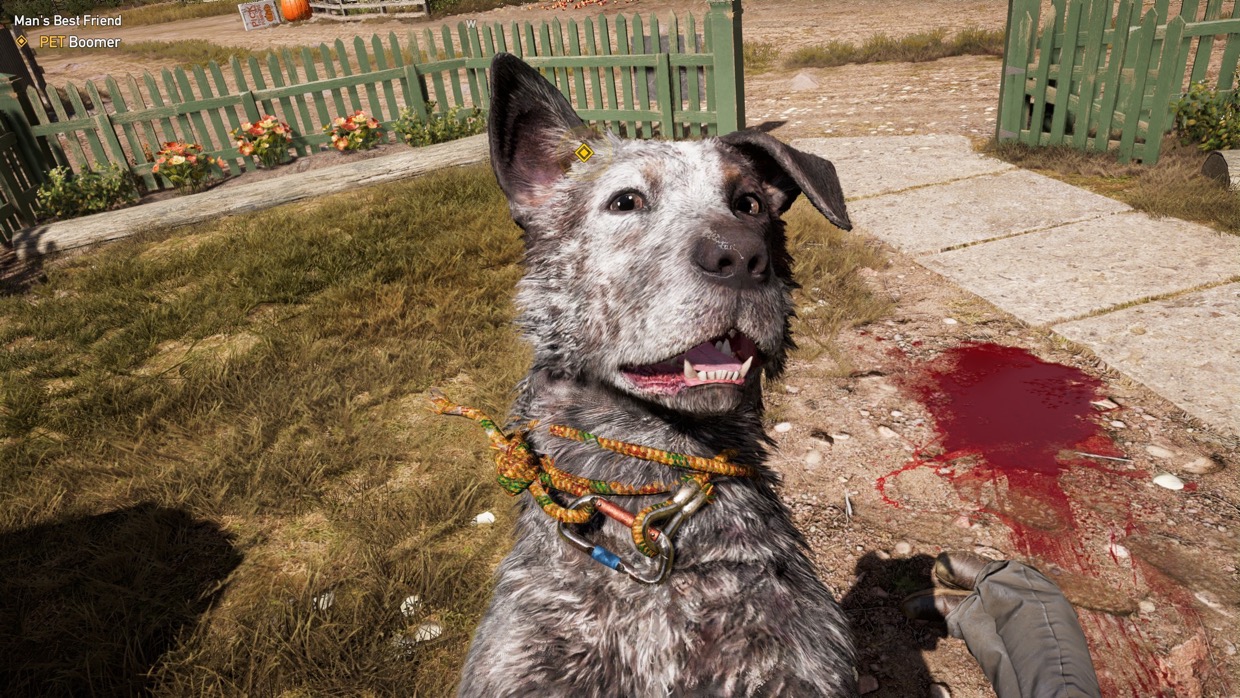 Imagine that game. Imagine wandering around with Boomer under a blackened sky (Boomer is also a good boy, and good boys cannot die, for their infinite love brings with it infinite resurrection). You find a broken radio and it somehow plays Only You, or some Led Zeppelin. You pause and reflect on the good auld days in Montana. You then turn around to see a Merman Michael Fassbender riding a blood dragon whilst wielding a flaming mace. You take out your shovel , and get to work.

And look, this pretty much will happen. Ubisoft have blown up their game world and Far Cry 5’s second DLC was about zombies, so they’ve probably started working on it already. And the game won’t make any sense either, but it won’t matter, because we all like a messy, pointless bang. Thankfully we have Ubisoft. Ubisoft never changes.