Never let it be said I don't write about weird indie games, because I do. Monday was the asobu indie showcase, a delightful stream that highlighted a bunch of cool indie games from Japanese developers, as well as international indie games coming to Japan. It's a pretty new community that, in its own words, aims to be "the 'lighthouse' for indie game creators in Japan", supporting the indie dev process in that country as well as getting the word about Japanese indies out and about internationally.

It worked on me, right? The stream introduced me to a load of games I hitherto knew nothing about but am now interested in. Whomst among us could not find something to intrigue us in the line-up, which includes a game where you play in-game versions of 80s Japanese PC games, or one where a lone girl lands her airship to explore a mysteriously empty town, or a game about making low-fi music beats in the proximity of a nice cat.

While some of the games are ones we're already aware of (non-violent chill couple game Haven, for example, or weird doing-situps-into-a-dog sim My Exercise) there is an admirable display of weirdness to peruse here. It might take a bit of digging, because some of these are for Mac OS X or have slightly broken links, but PC pals can find some extremely fun demos, plus games that are already out, as well as some to look forward to.

My own top picks would include Tasomachi for the latter, one of the games I mentioned up top. A young girl named Yukumo spends her days travelling around in a little airship, and when she arrives in a beautiful town (cherry trees in bloom, natch) looking for parts, she finds that the whole place is mysteriously empty. So she has a good old explore. Extremely 'opening scenes of Spirited Away' vibes, here.

Also in the upcoming games Alice is up for category would be this creepsome looking ARPG Olija (which Katharine played at PAX East last year and liked a lot), and whatever Super UFO Fighter turns out to be, because I am not sure but god I love the colours.

Like I said, though, there are plenty there that have demos or are already out. I spend a while tooling around in Lo-Fi Room, via Itch, which is still in development but aiming for a full version by the end of next year. 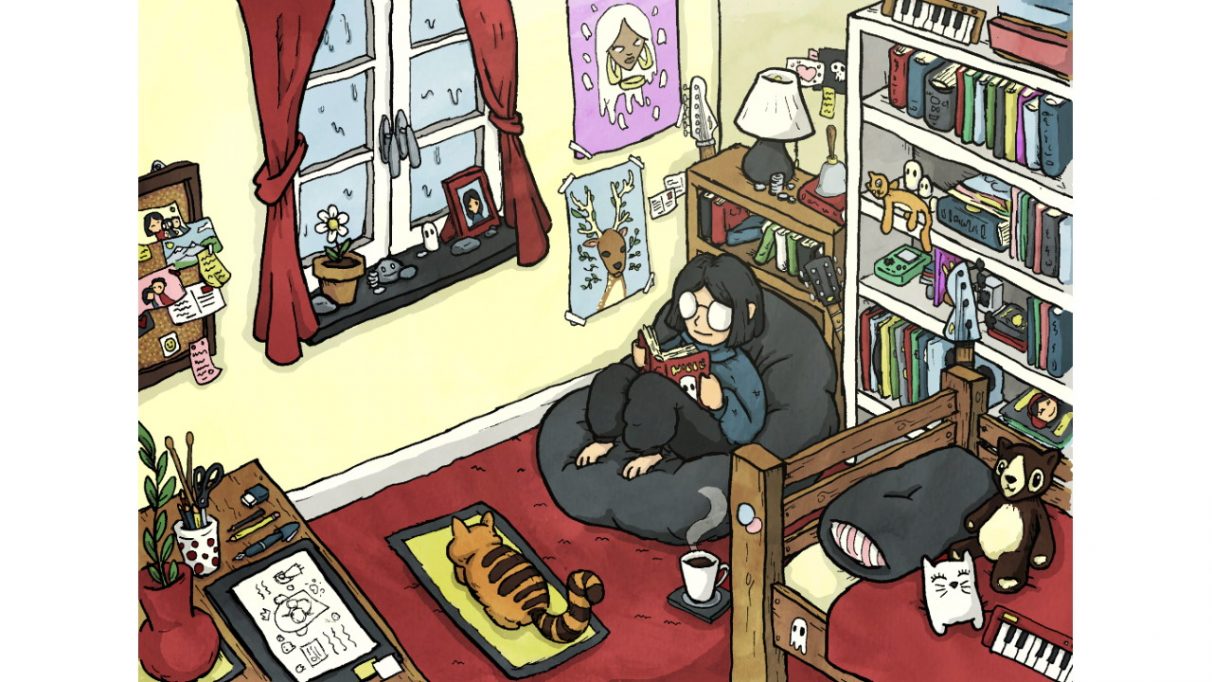 The current version is pretty great, though. With each level you do a little find the object search to uncover musical instruments scattered around the scene. For each instrument you then have to do a rhythm-action mini game with the QWER keys, and eventually you've layered them all up into a chilled out little song. A low-fi beat, in fact. Excellent stuff.

In a completely different but also cathartic vein, is Pull Stay. It has a demo on Steam and I can only describe it as wacky. It's a beat 'em up where you, a robot must protect your shy master, who is in his room and does not want to be disturbed or made to leave his room. Waves of enemies (including what are basically 'normies with jobs') turn up, and you must thwack them. 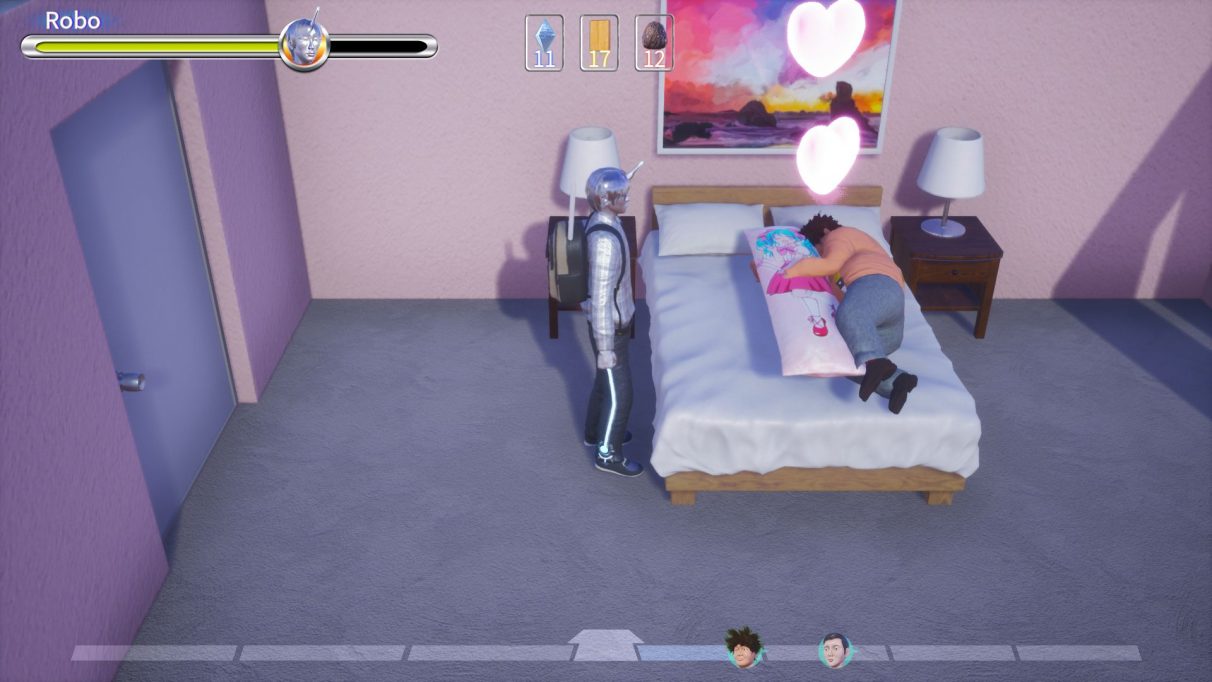 In between the waves you use resources, which you can steal from your neighbours' houses, to set up traps, Home Alone style, except decidedly not. One of the traps you can put in a downstairs bedroom is an anime body pillow. I did that and a man started chastely humping the pillow, only for it to glomp around him and, I guess, suffocate him for a bit? This did not stop him immediately getting up to hump the pillow again, though, which could probably be repurposed as a metaphor, I just don't want to speculate for what. Pull Stay is definitely something. I enjoyed punching the suit boys.

The asobu stream is two hours long if you want to watch it in full, but it's more than worth a peek if you, as everyone on Twitter loudly insists they do, really like indie games. And also if you don't.