As you may have surmised from a bunch of very non-hardware-related interviews I've done recently about the likes of the excellent Nowhere Prophet, Sparklite, Unrailed, the return of Super Meat Boy and what's next for Astroneer, I was packed off to PAX East a couple of months ago. I was mostly there to host a panel about the best video game weapon of all time (the winner was the Portal Gun inside Hitman 2's homing briefcase, in case you were wondering), but I also got to play a bunch of cool games as well. Here are five of my absolute favs.

Described as 'a game of camouflage' by its brilliantly-named developer The Sheep's Meow, Exposure is a strangely compelling mix of stealth and bullet-hell shooting.

It was one of the first games that caught my eye as I was wandering the show floor between appointments, and I was instantly drawn to the big splashes of colourful shapes floating across the screen. The premise is even better. For unlike your typical bullet hell shooter, your tiny insect-like creature must 'disappear' inside these wafting polygons by switching between their light and dark forms in order to survive. That's right. For the vast majority of the game, you're completely invisible, making it a tense, twitchy, but also very zen-like type of affair as you try and hop from one shape to another without being spotted by the game's evil red pointy lads.

And I, too, completely disappeared inside Exposure while I was playing it, which is a pretty mean feat when you're out on a busy show floor with loud speakers being blasted in every direction. But I refused to be distracted. My little beetle mouse and their tiny beetle mouse babies needed my help, and I'll be damned if I was going to let them down. What's even more impressive, though, is that there are actually 36 branching paths you can take across Exposure's 11 procedurally generated levels depending on what kind of colours you end up using the most, which is exceedingly generous for a two-person dev team, and I can't wait to play it in full.

If there's one thing to take away from playing Olija, it's that more games should have cool harpoons. Forget swords and daggers and great, big axes. Magical, teleporting harpoons are where it's at, I tell ya, especially when they're as satisfying to wield as Faraday's in this 2D Metroidvania-esque pixel masher.

It's the only tool you have to fend off the mad, rabid castaways that dwell on this godforsaken rock you find yourself on, so it's got to feel good if it's going to form the core of the combat. Good thing, then, that Skeleton Crew have got their harpoon-chucking technique down to a tee. As well as having a satisfying weight to it when you throw it, it can also deal just as much damage when you recall it, too, as its razor-sharp edges will slice through anything standing in its way.

Faraday's harpoon isn't just for rampant destruction, though, as its teleportation properties also make it a powerful traversal tool in its own right. As well as summoning it back into your hand, for example, you can also materialise where you throw it, too, allowing you to leap across gaps you wouldn't ordinarily be able to simply by jumping across, or even escape the blood-thirsty hordes when you're in a pinch. I only had 20 minutes with the game, admittedly, so it's difficult to say whether the harpoon will become a bit of a one-trick pony later on, but from what I've seen so far, Olija looks to be very special indeed.

I know I spent a large part of the previous entry gushing about a harpoon, but man alive the weapons in Kitfox Games' Boyfriend Dungeon are something else entirely. You can date them, for starters, as this surreal dungeon crawler-cum-visual novel sees your arsenal take on rather sexy human forms whenever you fancy a bit of a rest from using them to slice up horrible insect creatures in the depths of the local shopping mall. It's a kind of mad concept when you think about it, but let me tell you, it works.

Again, I only had a short time with this one, so a lot of Boyfriend Dungeon's appeal will rest on how it resolves its flirty forays against the main, ongoing story. Needless to say, I'm very much intrigued by Boyfriend Dungeon's rather handsome collection of blades (and adorable cat), and I can't wait to see more closer to release. 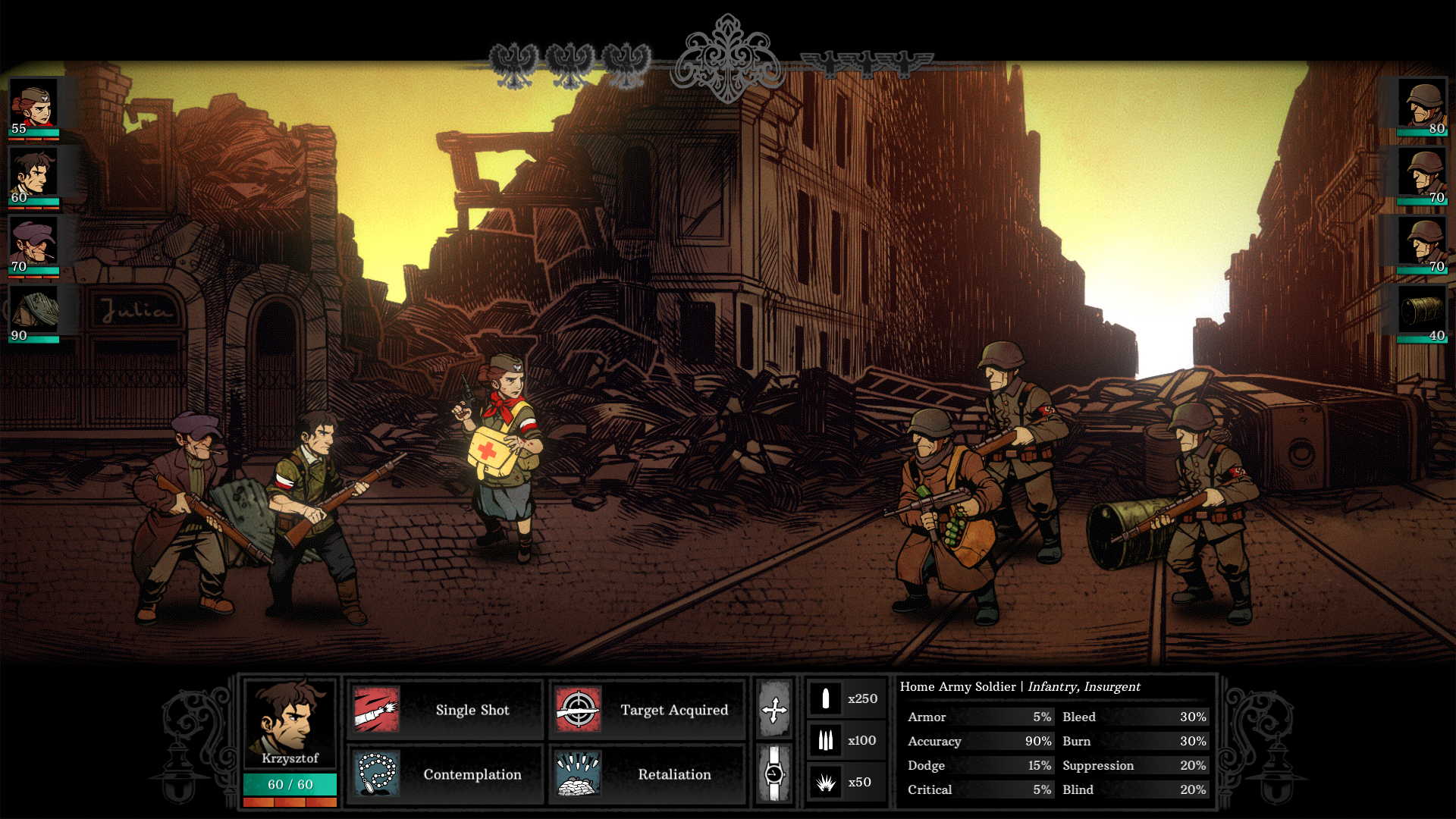 Bit of a grim one, Warsaw, as this tactical turn-based RPG sees you leading a group of resistance fighters through the rather gruelling events of the Polish uprising of 1944. If you're up to date on your Polish history, you'll probably know it didn't end too well for Warsaw's beleaguered citizens, so instead of trying to change the course of history here, you're simply trying to do what you can to survive and stick it out as long as possible.

Despite its sombre subject matter, though, Pixelated Milk have struck upon something really quite special here, as its 2D gunfights and fetching hand-drawn artwork had me completely hooked by the end of my demo. Each battle plays out across two lanes, you see, giving you more space to manoeuvre and take cover behind sand bags and bits of rubble and the like as you whittle down the health of opposite side. As well as bringing another layer of strategic battling to the mix, it really adds to that feeling of hunkering down in the trenches and fighting tooth and claw to keep everyone alive, and I'm very much looking forward to playing the full game later this year.