The Experimental Gameplay Workshop is an annual showcase of the most interesting and outlandish ideas in game design, presented at the end of the Game Developers Conference every year. This year that included everything from an adaptation of an Eminem video to a game that's trying to trick you into quitting. Here are some of the highlights:

What are the worst game controls you've ever used? With Hostile User Interface, Shawn Liu wants to do worse. It's a game that is actively trying to trick you into pressing Alt + F4 or Ctrl + Alt + Delete. In fact, you have to hold the latter combo to start the game: the challenge is to find a way to do it without being dropped out to Windows. It turns out the order you start to hold those keys matters, so if you start with delete you can hold the other two safely (don't try it, just in case).

Other puzzles are more subtle: after a whole level of needing to hold F1, F2, F3 or F4 to disable various doors long enough to get through, the next level labels one door with Alt and the next with F4. Sounds easy to spot in a description, but Liu says the game can lull people into a flow state, where they stop thinking about what they're pressing. His goal is that the player "should blame themselves even though it's totally the UI's fault."

In the video for the Eminem and Joyner Lucas track Lucky You, a horde of faceless people copy their every move. Developer Mo Al-Khatib was inspired, but how do you turn that into a game? Same way we do every night, Pinky: give everyone guns. Each level features a number of clones who move and aim exactly as you do, relative to their starting position. Laser sights show where they'll hit if they fire now, so it's often a case of rotating your aim and watching for a point where they're all aligned to hit each other but not you.

Soon, it gets trickier: you all have limited ammo, and more bullets are on the floor, but the levels are usually arranged so that it's hard to get to these without letting your counterpart pick them up. So then you have to angle yourself to make them waste their bullet before you pick up yours.

Lucky Me has a few things against it: it rips not just the idea but the exact aesthetic from Eminem's vid, which seems unwise. The 'just add guns' approach feels like it might not be the most interesting take on this mechanic. And your character dabs extravagantly every time you win a level. But then you watch it being played, and you can't help thinking "Damn, that's cool."

Gerben Grave is making a point and click adventure about trying to talk to people whose language you don't understand. In the scene he showed, you're an alien who's crashed on an island with three people, all from different cultures, with mutually incompatible languages. Their speech is shown to you as a strip of symbols, some of which are recognisable as eg. an apple or a fish, and others seem purely abstract. You can then drag this whole strip into your inventory, and drag it back out to say it to someone else. Soon, you get the ability to snip these strips to combine chunks of them with each other, as you get a better sense of what the individual parts mean. 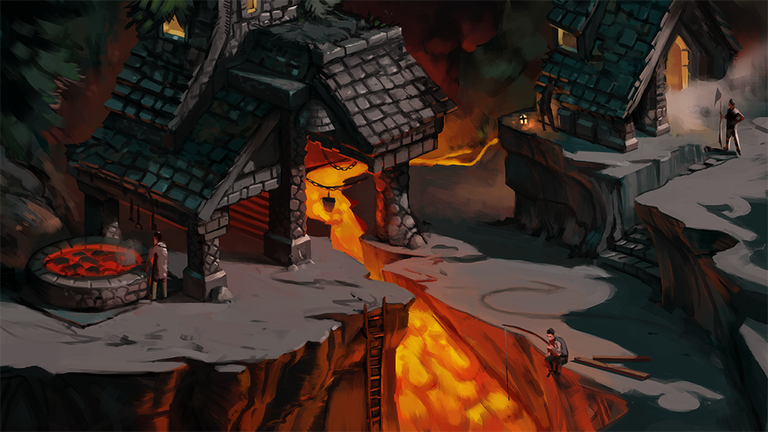 The most interesting thing Gerben said about how Eloquence works was not actually evident to me in the section he played. He said that the difference between his game and other games where you decipher a language, like the forthcoming Heaven's Vault, is that those games are about what words mean, and Eloquence is about how they're used. He pointed out that in learning a culture's language, you can know what all the words in a sentence mean but not understand how the person's using it. As a Brit visiting the US, when someone asks "How's it going?" I reflexively tell them. When I see Americans asked the same, they usually just ask it back. I know all the words but I missed how they were being used.

It wasn't clear to me how that comes out in his game, but it'll be interesting if he can make use of it.

Jenn Sandercock makes games where you have to eat to play. High Tea Assassin is a social deduction game like Werewolf, but instead of sneaking a look at a card to find out if you're a goodie or a baddie, you eat a scone and the taste tells you your role. A neat idea, since taste is inherently private, but Jenn actually found players did not trust their tastebuds to give them such vital information. If you've ever done a blind tasting of anything, it's surprisingly hard to identify a taste out of context - you know you know it, but not what it is. Jenn ended up having to incorporate a colour to the inside of the food so players could check their role. 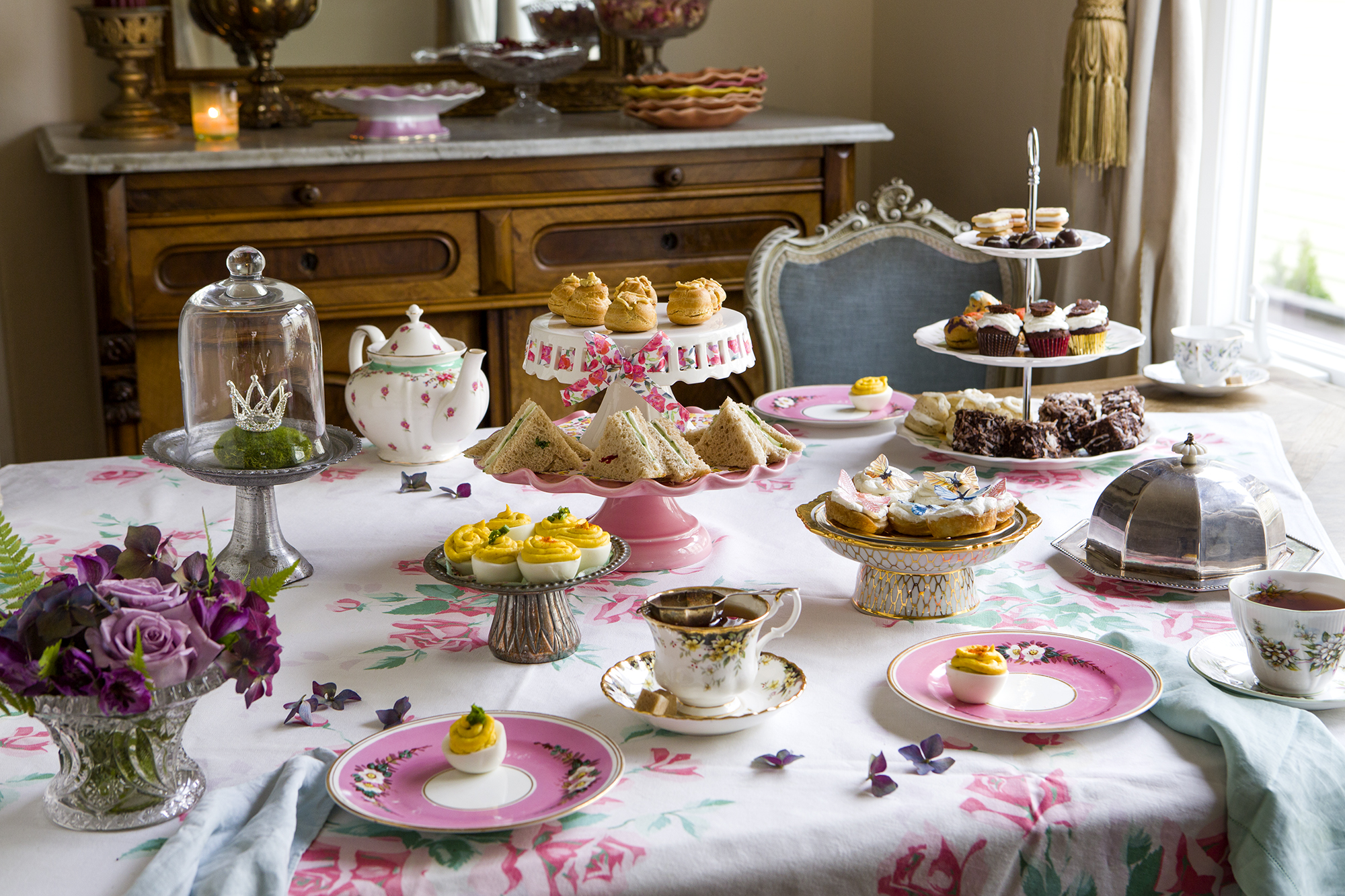 They're not all about taste: Cookie Cruncher challenges players to fit cookies into a Scrabble-like grid for points, and you're allowed to nibble bits off to get them to fit. The twist is that's easier with some cookies than others - gingerbread is easy to trim, but some of them have icing on that causes them to snap in unpredictable ways when bitten. Another cookie is hollow with sprinkles inside, and if you bite off enough that the sprinkles fall out, it's worth nothing.

Jenn isn't selling these games directly, but she is working on a cookbook so you can make and play them yourself.

Disclosure: I once had a crumpet in Seattle with Jenn and our mutual friend Lysandra. We had to queue quite a while to get served, and I couldn't decide if it was un-British to be queuing so long for something as ordinary to us as a crumpet, or very British to be queuing at all. Thoughts? Tell us in the comments. The crumpet itself was ricotta and honey and excellent, no second opinions needed on that.