A photon checks into a hotel and the receptionist asks him: “Any luggage, sir?”

This is just one of the jokes pilots were broadcasting over the comms channel as I collected my wages in Grant Dock. There was one joke about the Higgs boson walking into a bar, or maybe it was a synagogue, I don’t remember. All I care about is getting that sweet Palladium money, which I take from the pale-faced man who runs this station. He doesn’t do much, the pale-faced man. Imagine a profile pic stuck on a postbox, with a little slot where money comes out. I prefer the people sounding off in local chat, they’re at least human beings. Not that you’d know it, listening to their jokes.

I load up my spaceship with power generators. It’s good to be back.

When Elite Dangerous first hovered into existence, I went on a series of misadventures. I tried to pull off impossible manoeuvres, or rob innocent traders. I even tried living the simple life of a humble space trucker. Today, I’m going back to space. The game has added a lot in my absence – planetary landing, deployable fighters, new mission types, the ability to captain a ship while your friend screams in the chair beside you. But in many ways, it’s the same old scrap delivery sim. I just want to know if it’s better. 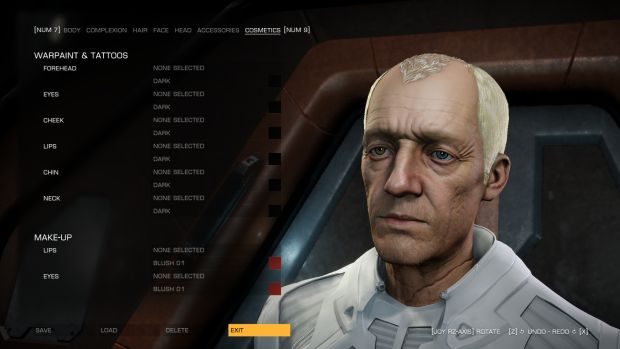 As you can see, I opted for the preset which most matched Willem Dafoe, then made some alterations to his nose, neck, hair and eyeballs. Then I put him in a white suit and painted some red stripes on his shoulders. That’s how you end up with a guy who looks like Roy Batty, if Roy Batty were human and the inmate of a forced labour camp.

But fiddling around with the creator, there's a surprisingly good range of faces. You can also have: 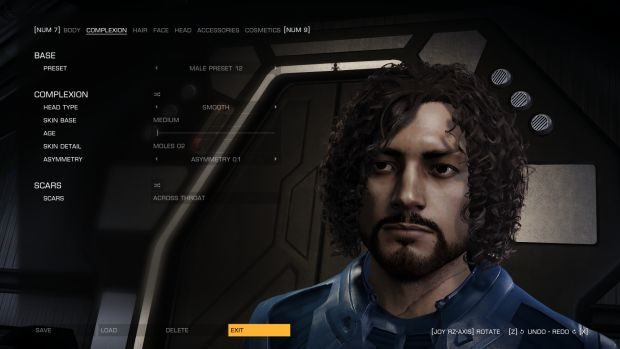 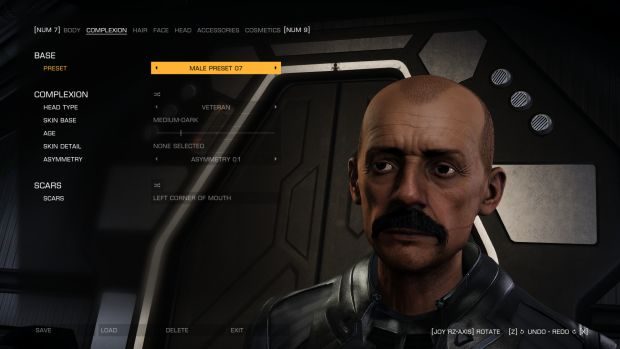 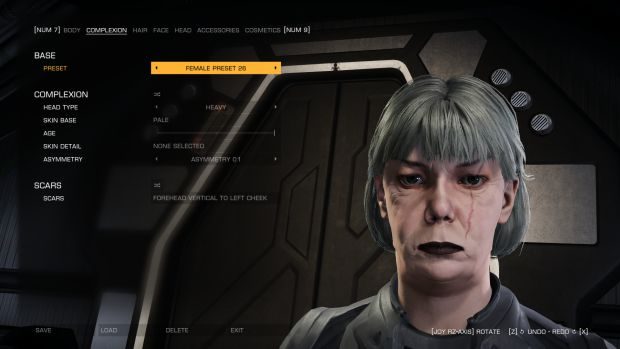 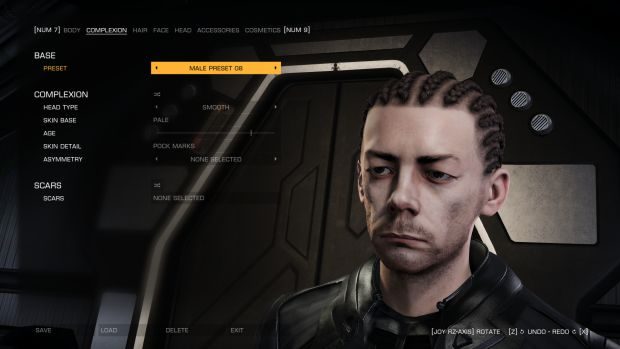 A gender-flipped version of the engineer from the new Star Trek Discovery. 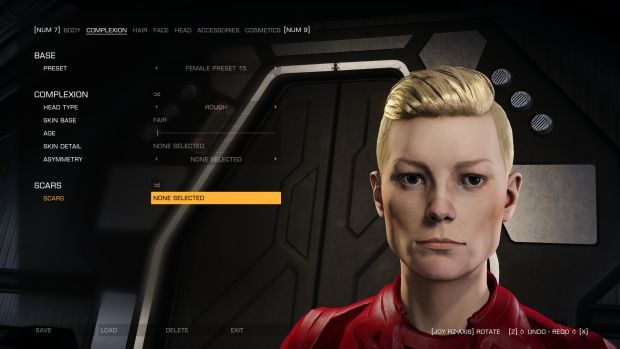 These are just a few of the 50 presets for each gender, or slight variations on them. There’s actually a whole lot of choice and variation, as character creators go. Most of the extra spacesuit stuff and accessories cost real money. But there's still some nice free stuff - you can give your commander a robot eye, or a whole bunch of garish face tattoos, for the discerning space menace. I settled for some simple heterochromia of the eye, because it is the future and asymmetry is probably fashionable.

The only downside is that these are still basically profile pictures, just like the pale-faced man who runs Grant Dock. Most other players will only see you as a small square photo. Only those who plonk themselves next to you using the new mutli-crew feature will see the detail. You still can’t get out of your pilot’s chair and walk around.

For now, I’ll settle with being a passport photo. I have some power generators to deliver.

The Elitist will continue.