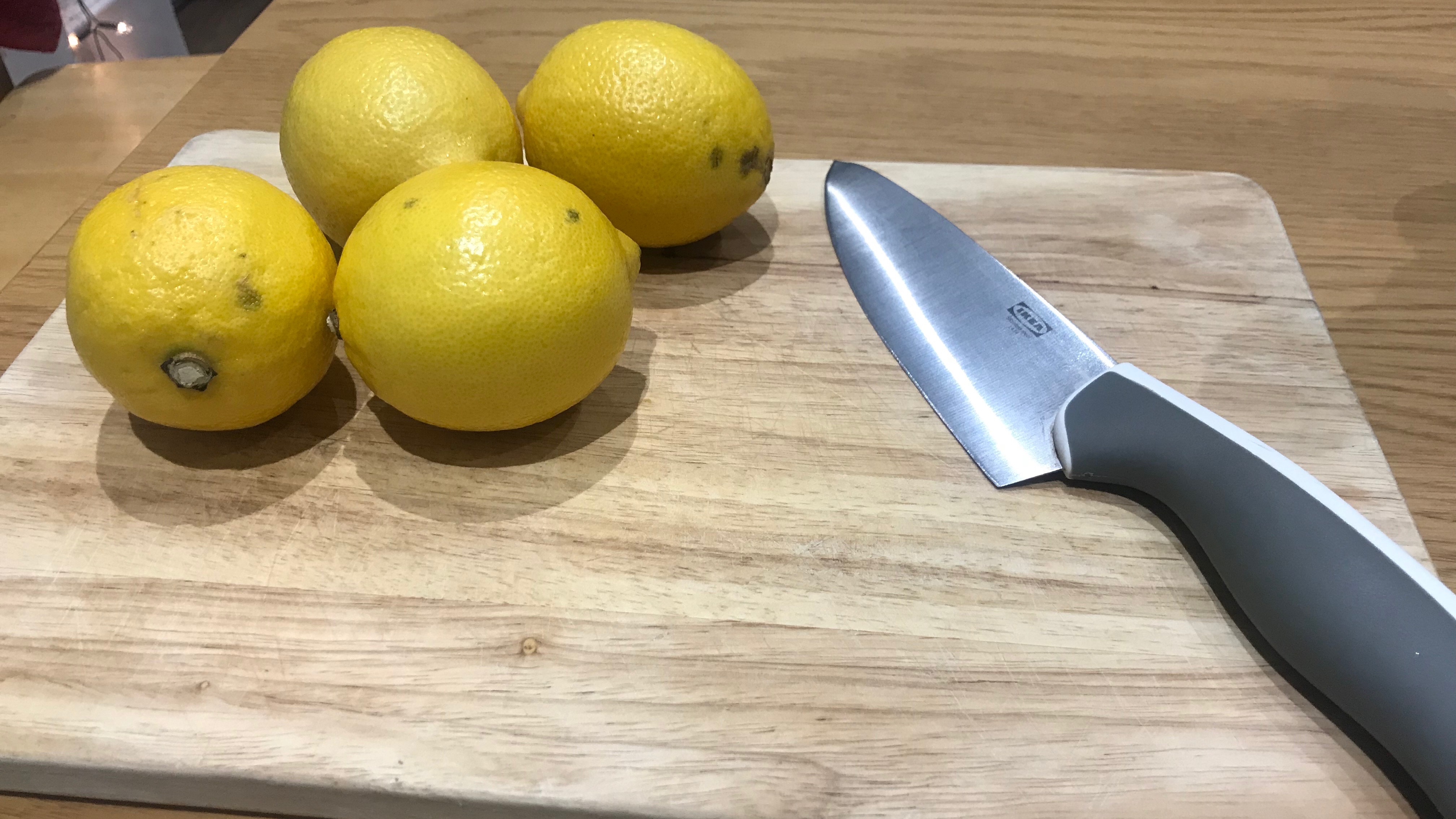 Lumino City came out in 2014, but it remains one of my most favourite ever puzzle games. I go back to it probably once a year at least, because it's a soothing little happy place. Like how when I'm chronically hungover I watch This Is Spinal Tap. It's a puzzle game made with a physical model of a little city, and I am incapable of getting over that fact. I felt that it was an ideal game to write about for a day of lovely cute features. 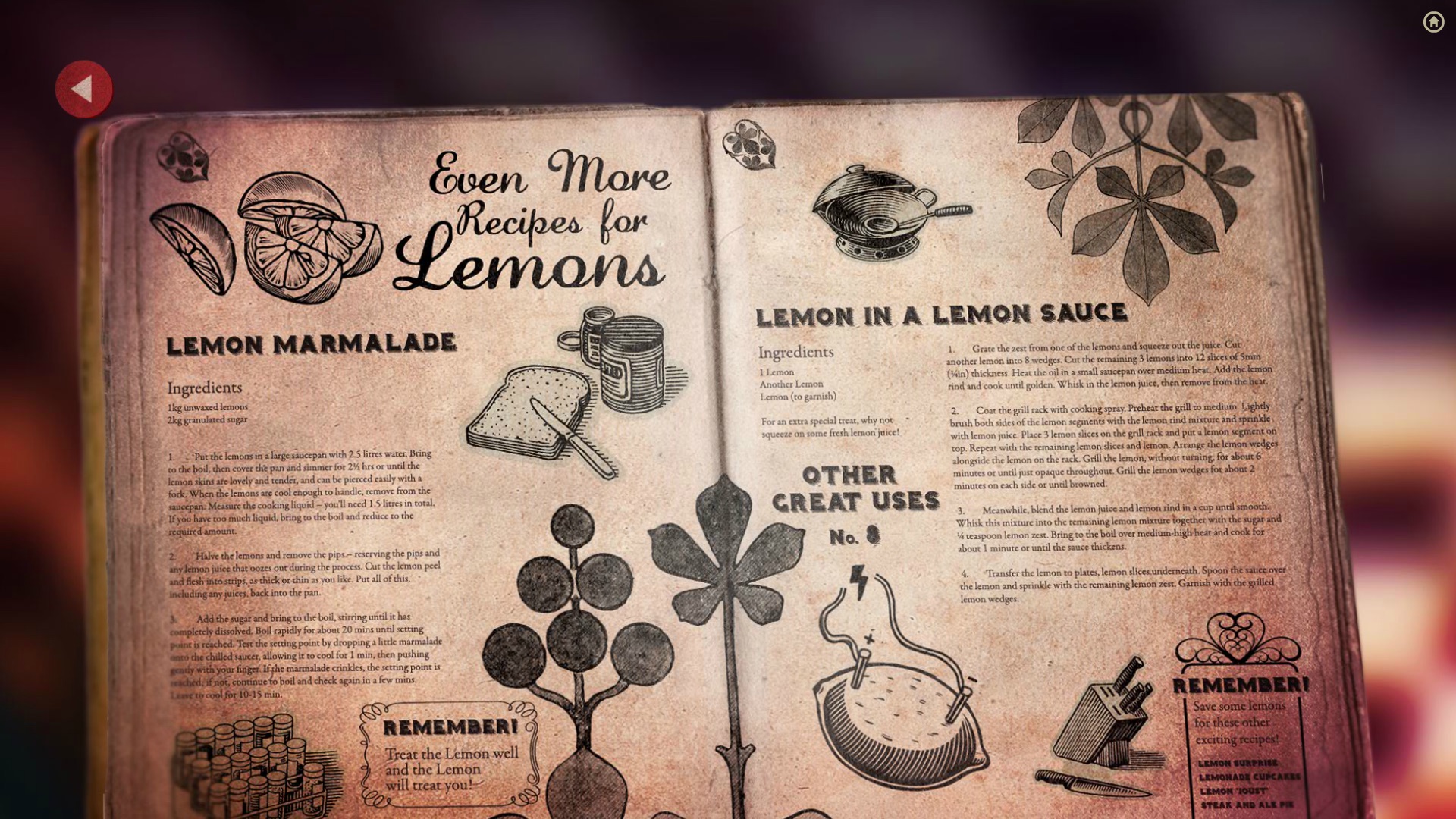 The instructions (reproduced in full at the end of this article) called for either three or five lemons. I plumped for four. Buying four lemons and nothing else in your local shop where the people definitely recognise you is a strangely embarrassing experience. I got a bit defensive and tried to walk around with the air of someone who was just having a party and forgot all the lemons.

Thus furnished with (probably) all the lemons I needed, I enlisted my sous chef, contriving to be over-the-top with the cuteness in the process. So, this is my elephant. His name is Elephant. He, like me, is coming up on 29 years old and he, like me, has mixed feelings about it. 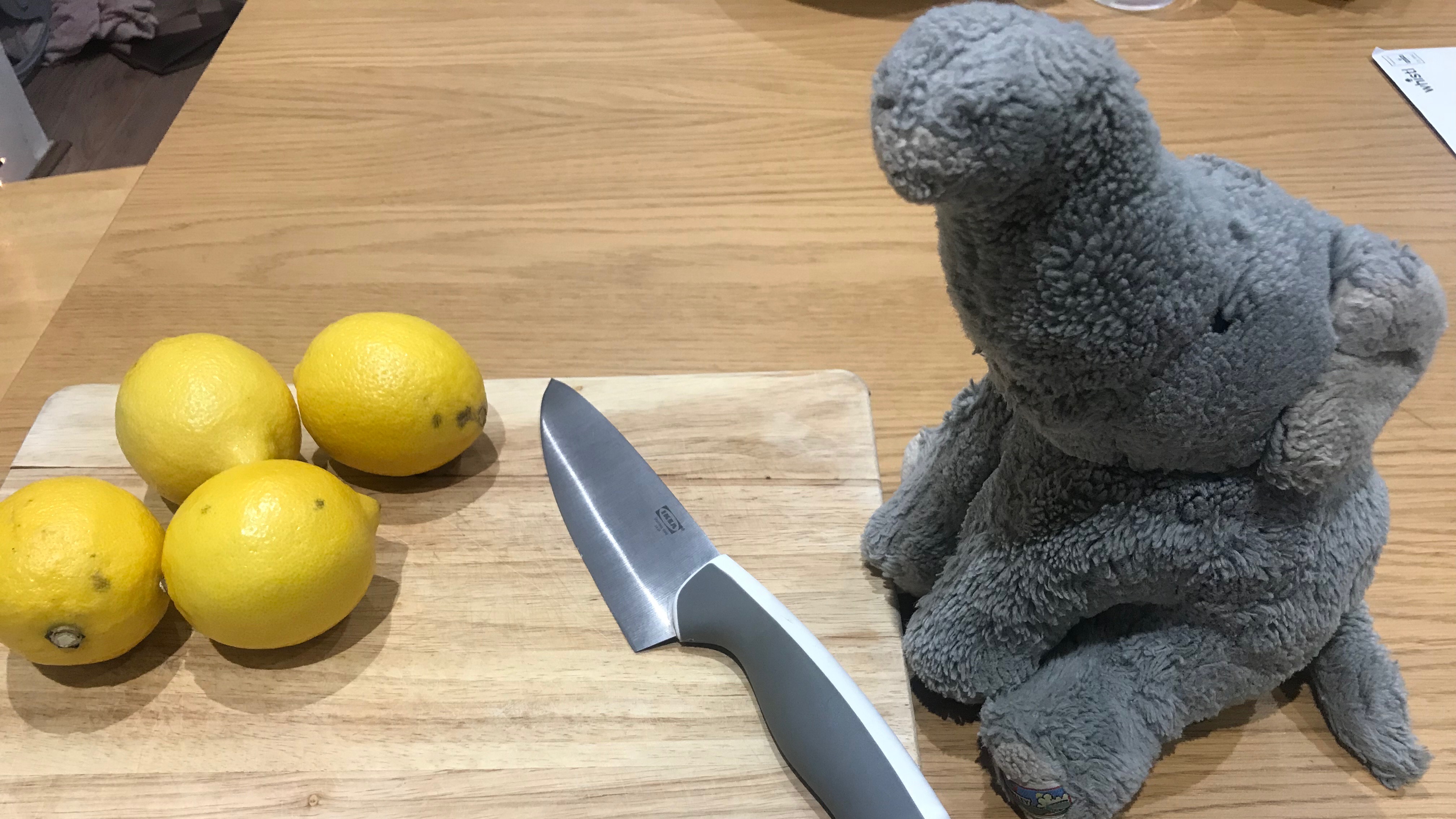 Elephant agreed to be my sous chef on one condition: 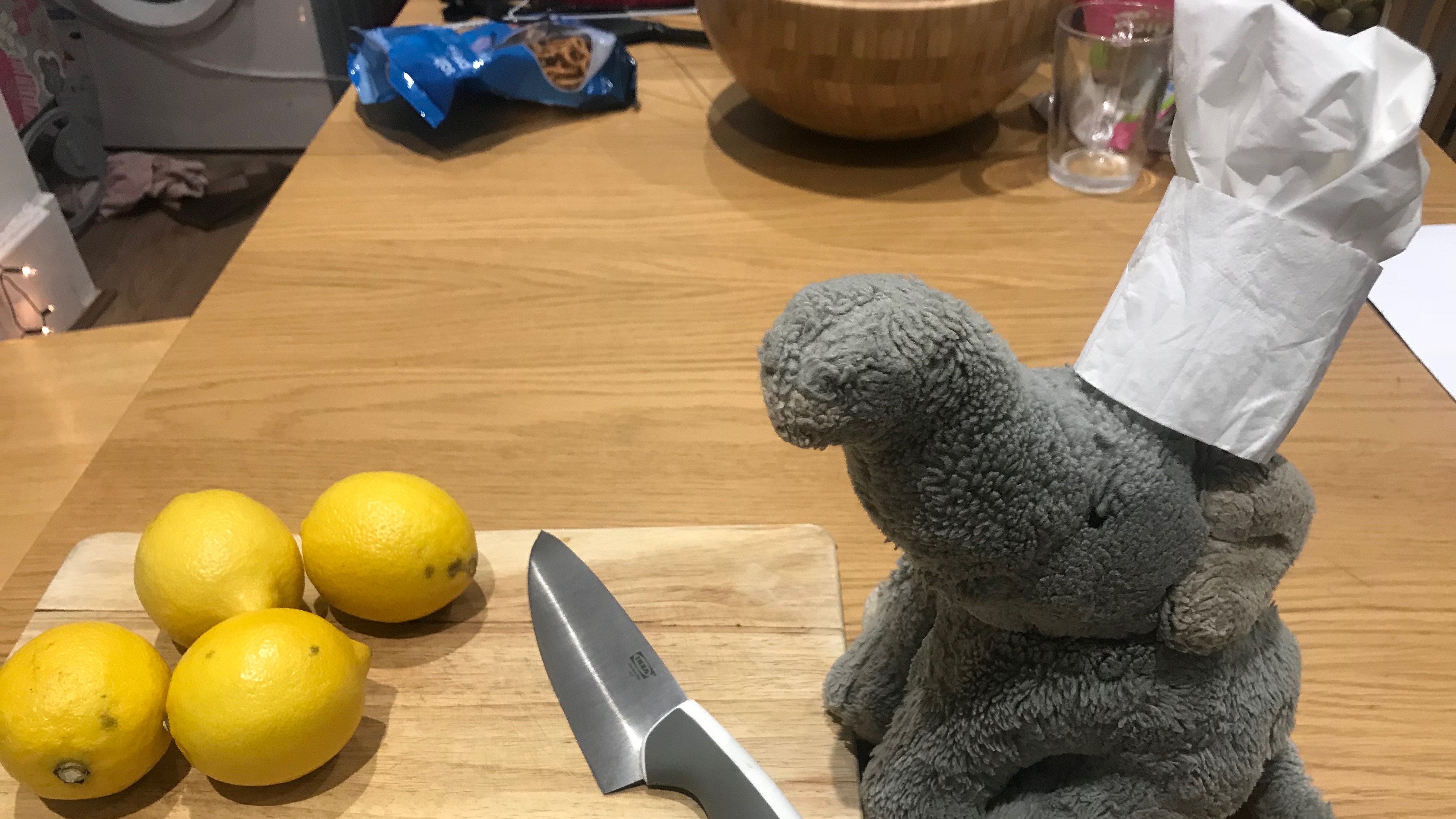 Lemons in a Lemon Sauce is a throwaway joke near the very start of Lumino City. You find a battery that runs on lemons, and a buncha those lemons, and further instructions are hidden in this book, slipped between an (actually serious, from what I can tell) recipe for lemon marmalade, and this monstrosity. Lumi, your little character, is trying to find her grandfather, who is the Handyman for Lumino City. The puzzles she solves are mostly making the machines he designed work again. 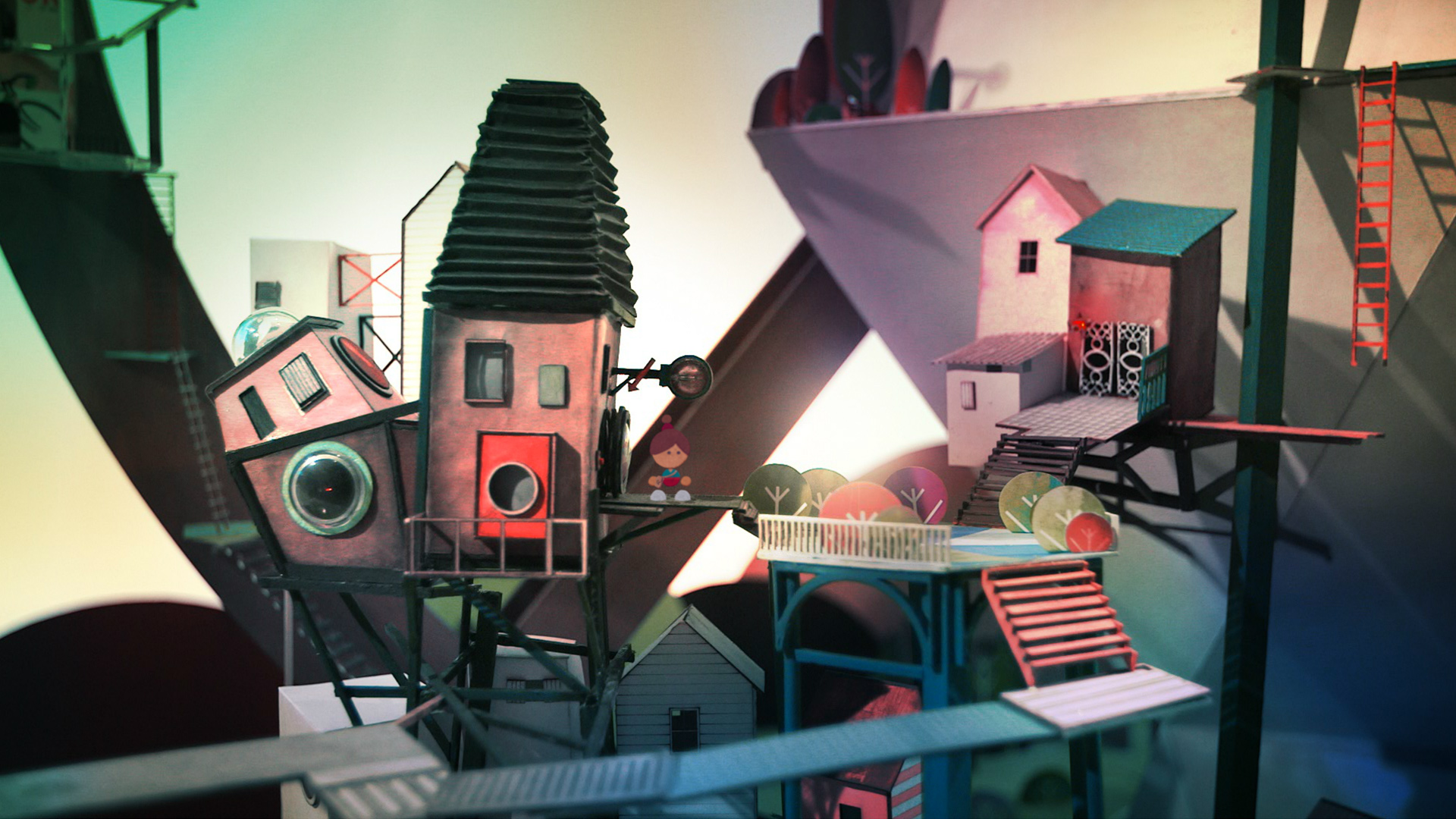 For example, this house is a giant camera. It takes a photograph of everyone who enters. Lumi has to figure out the dark room, and develop some of the photographs. But back to the cooking. 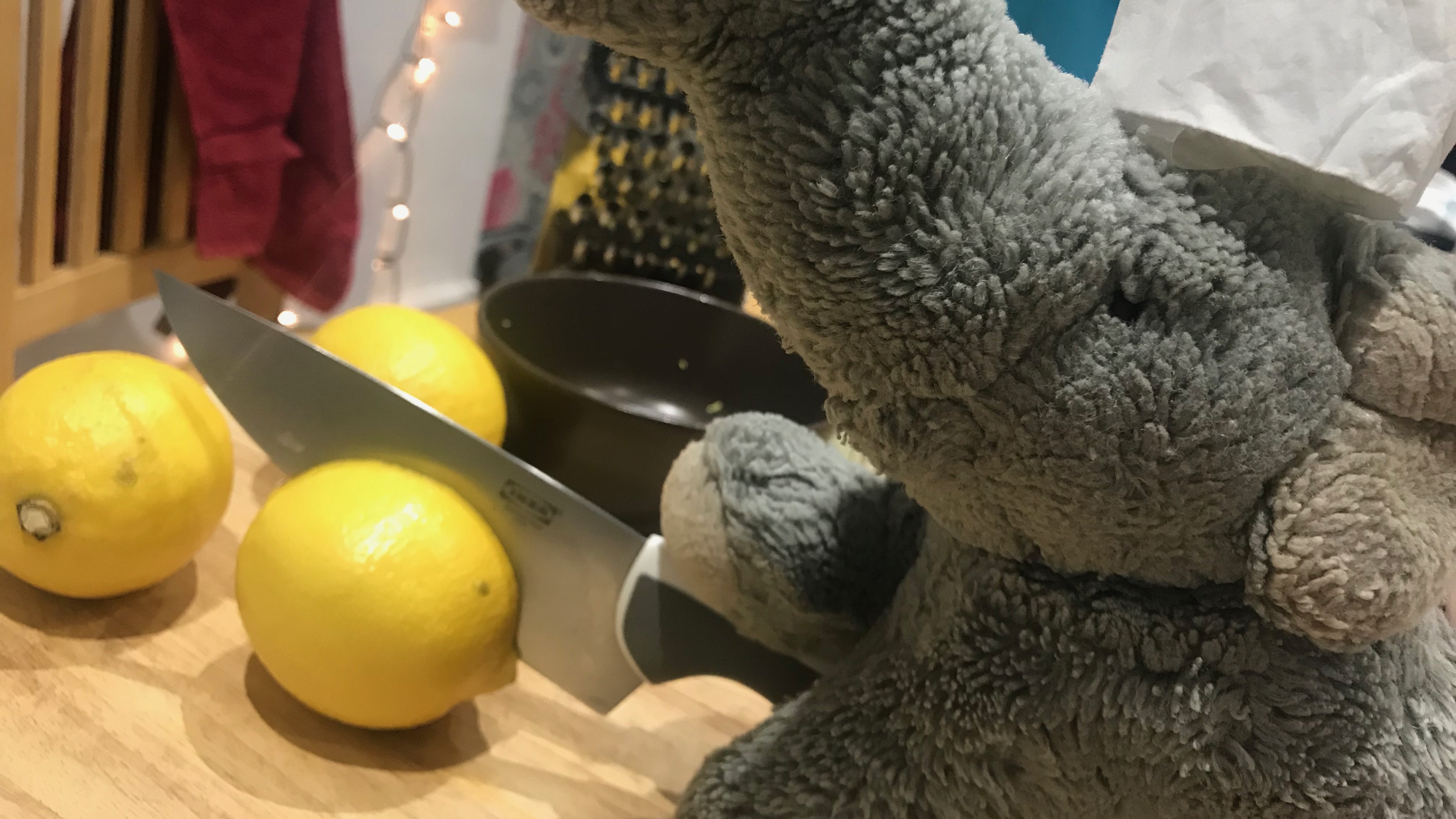 So far, I have zested and juiced the first lemon, while the elephant has cut one into wedges and a third into slices. This is where it gets weird, because the instructions then say "heat the oil". Quantity or type of oil is not mentioned. We lightly fry the zest, figuring it's probably safe to use "zest" and "rind" interchangeably. The instruction to cook the rind "until it's golden" does give me trouble because, well.

The mixture is unappetising. It tastes of oily lemon. 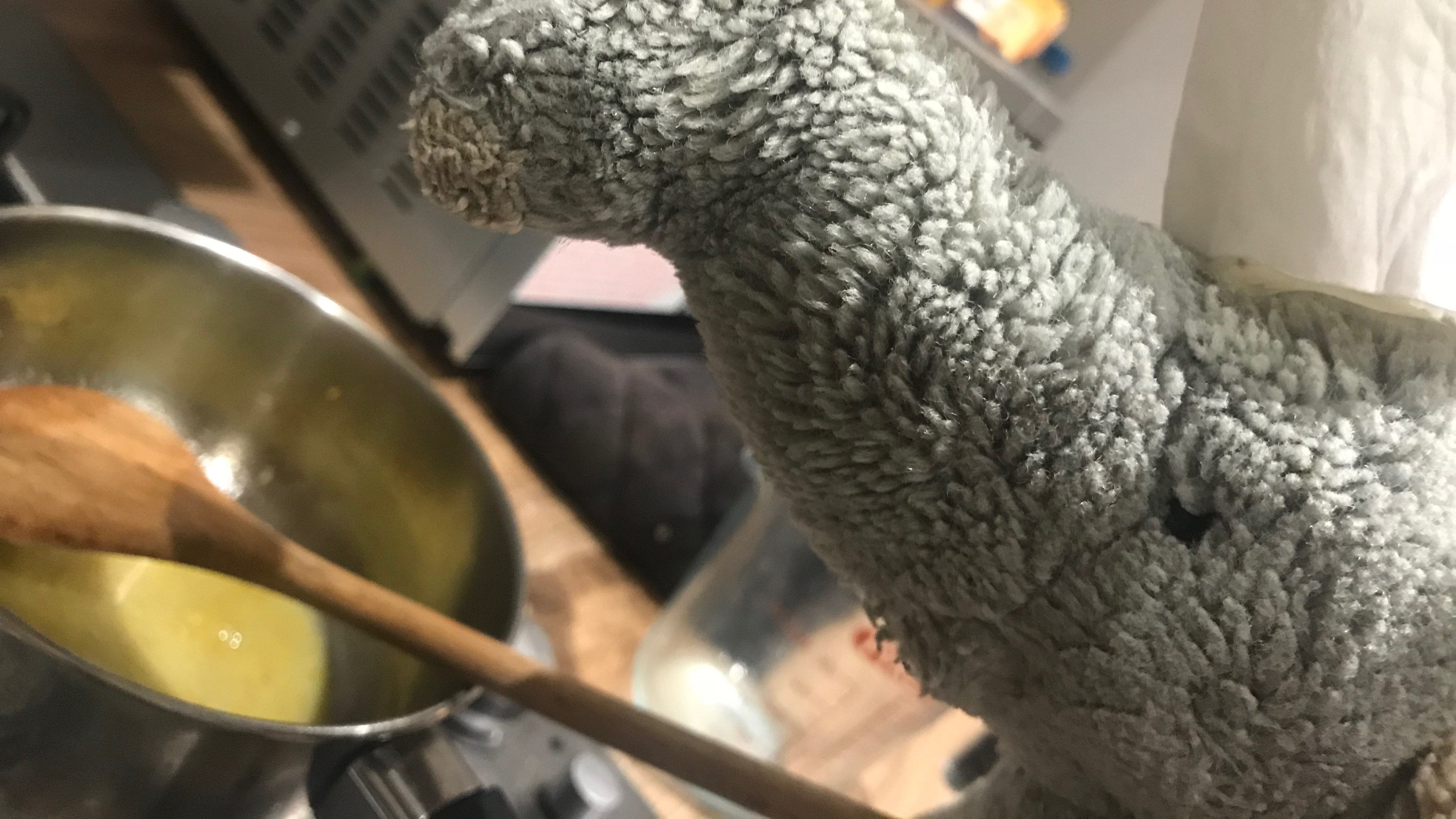 We then have a fierce debate on how to arrange the lemon in the grill, because the instructions are contradictory. Elephant is in favour of stacking, while I think we should place the slices in a line. Eventually we agree to do one of each, and just cook the others. We dutifully turn the wedges as instructed, but I think we should have cooked all the lemon for longer. Hindsight is 20/20. 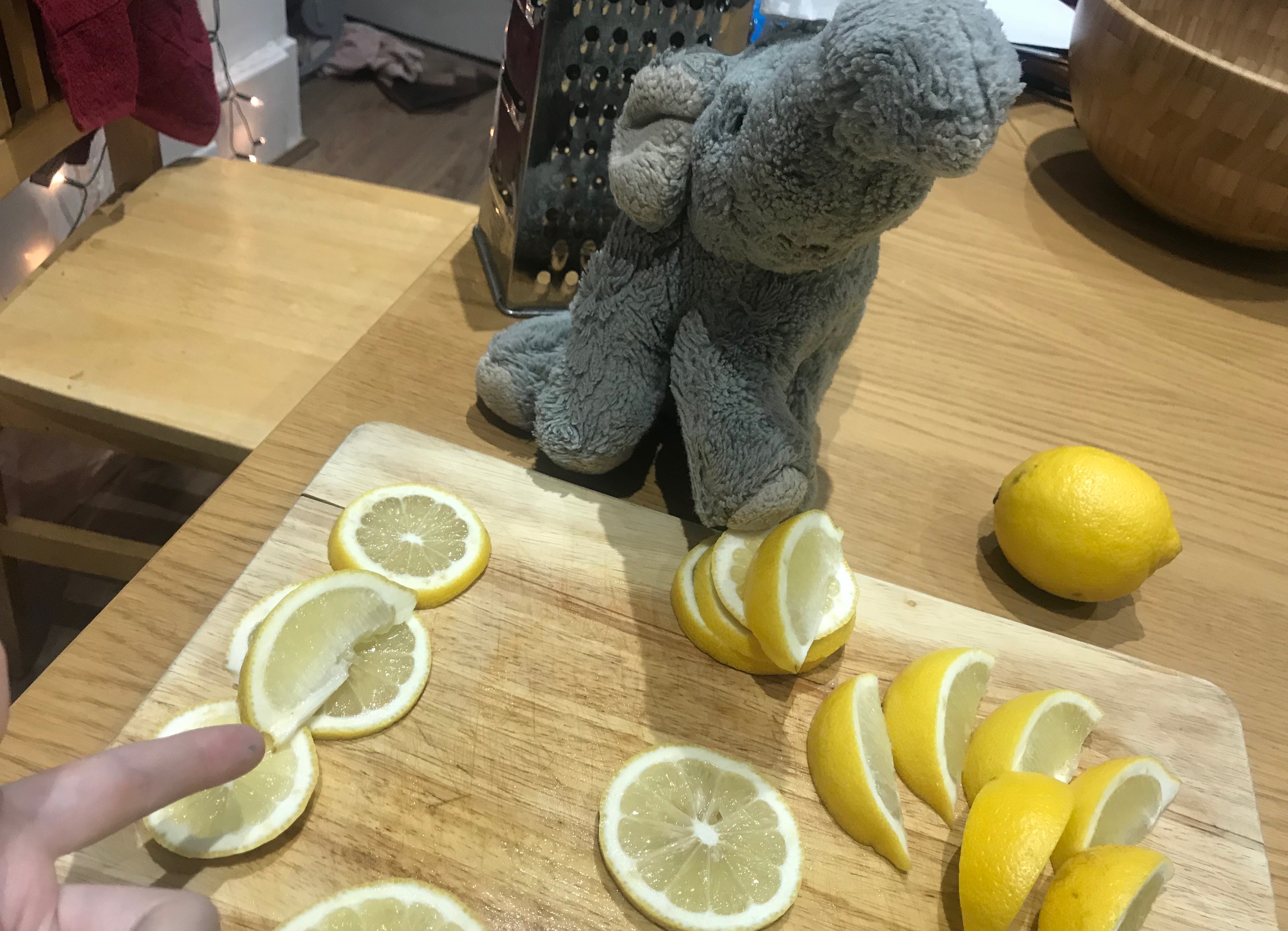 Obscure instructions are very in line with Lumino City, though. The hint system for the game is actually a massive manual that Lumi carries around with her, with hundreds of pages. To find the right hint for the puzzle you're stuck on, you have to solve a simple maths puzzle in the index of the book - the number of plants at the top of the cliff x 100, that kind of thing. Solving this correctly will take you to the right page of the manual. It's a system I love, because it puts you more in control of the hints -- and makes it a little harder. Maybe, instead of counting how many cogs there are on screen, you go back and try the puzzle itself one more time. It's the same kind of extra detail as the lemons. 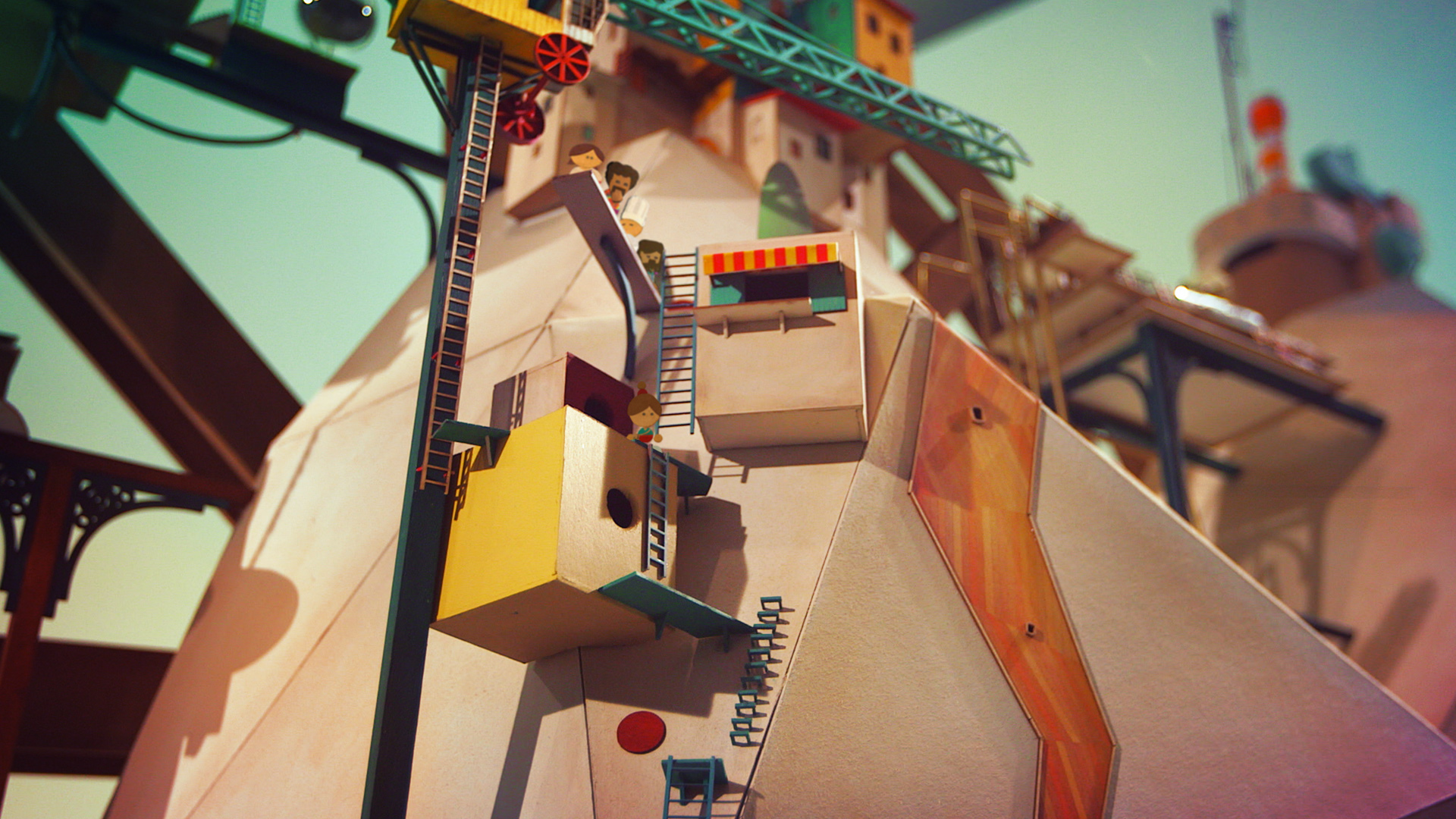 You can see, above, part of the game featuring the side of a cliff that has little houses built into it. Back in 2014 Pip, late of this particular internet parish, went and saw the full model of Lumino City, and was talked through it by Katherine Bidwell. In this photo from that article, you can see that cliff again, but as part of the full model. That model that you're looking at, that's the game! Isn't that amazing?

By this point in the cooking process, we had added a bunch of sugar to the weird lemon zest mixture, along with the remaining zest and juice. In for a penny, in for a pound. After boiling it for a while, it wasn't too bad. I'd added enough sugar that we accidentally ended up with a really bitter, sour sort of caramel, with lumps of lemon zest in it. 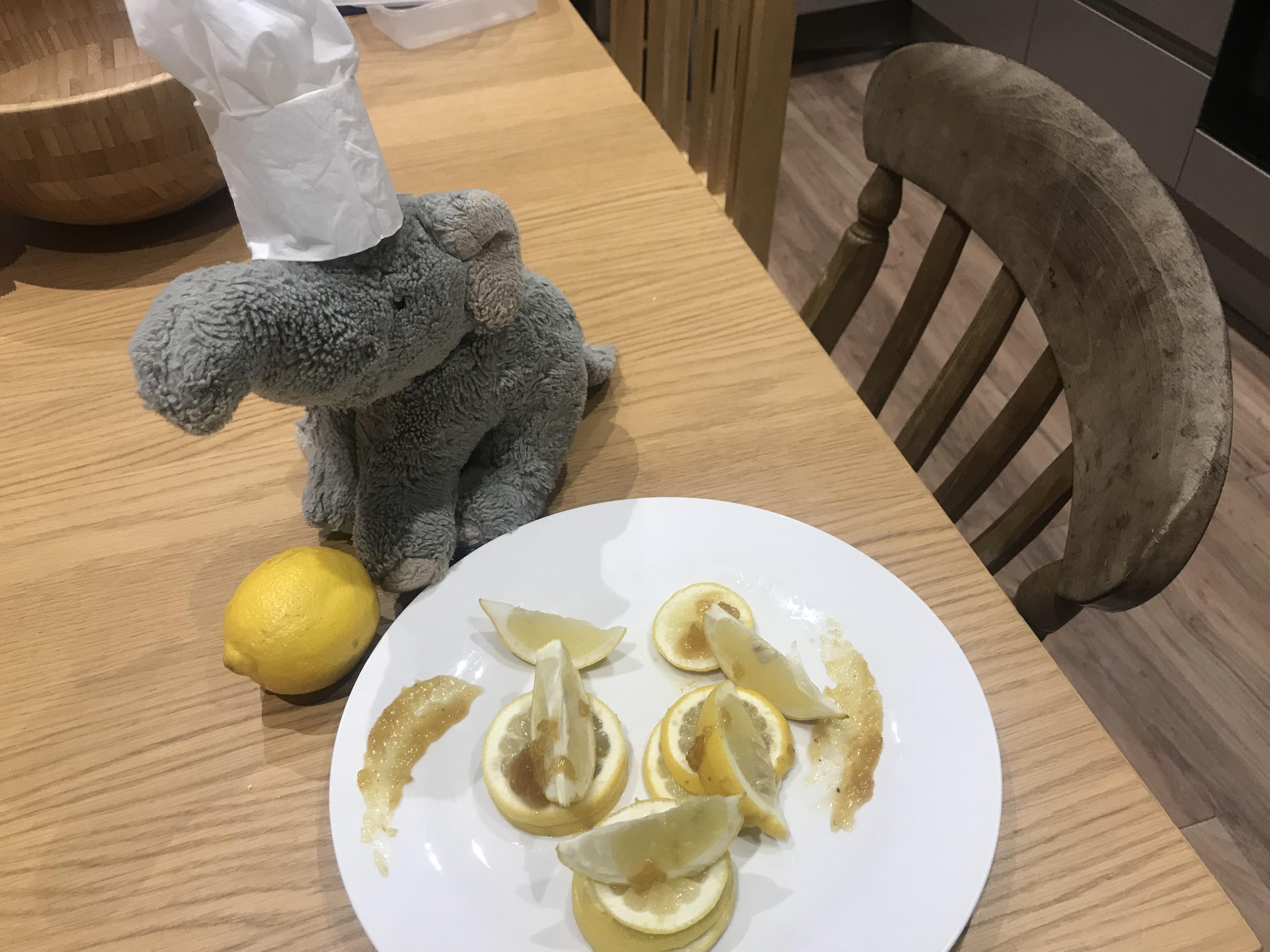 I tried a bit. It was quite lemony.

Why not try making Lemon in a Lemon Sauce yourself? The recipe is as follows:

For an extra special treat, why not squeeze on some fresh lemon juice! 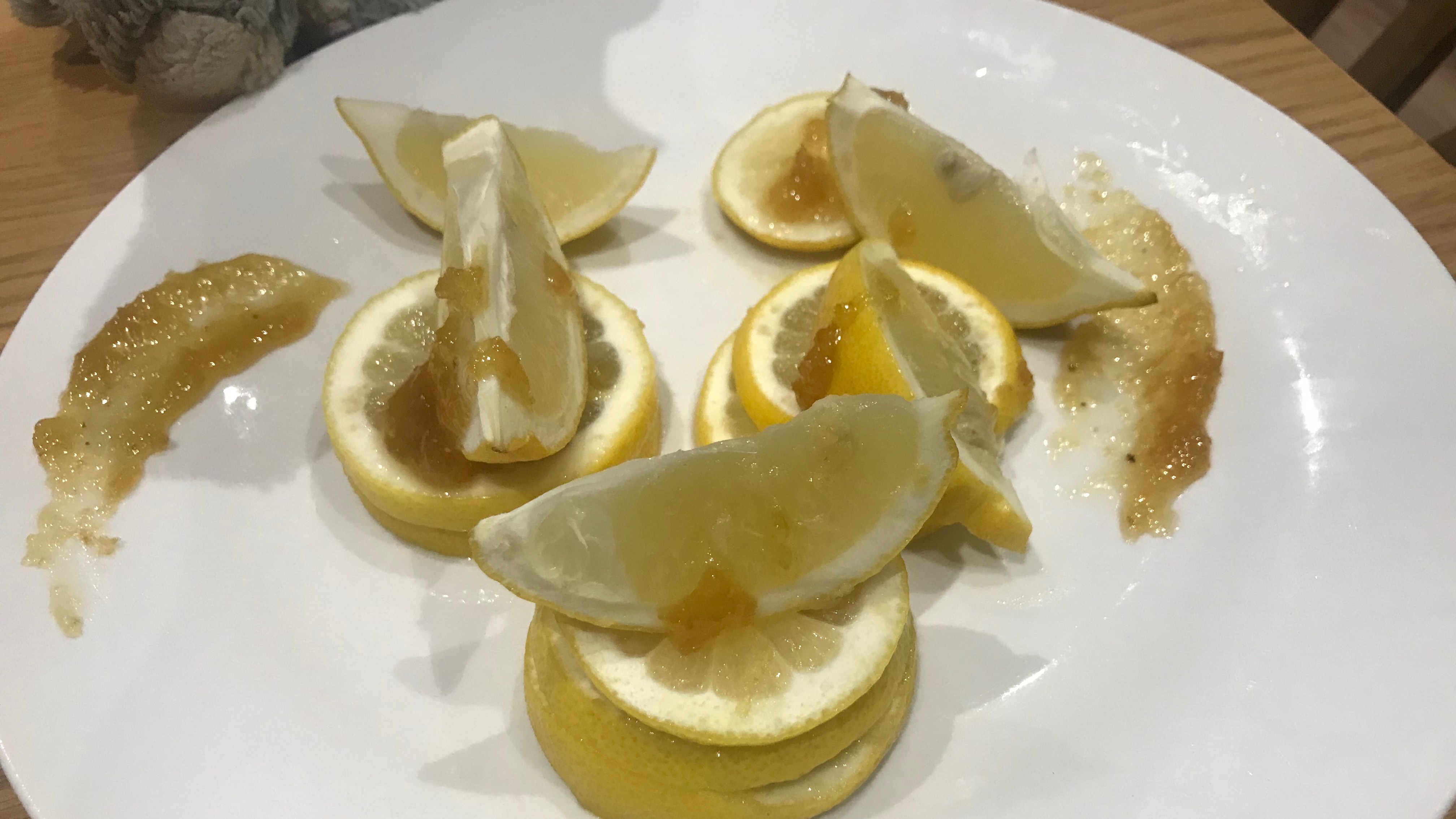 1. Grate the zest from one of the lemons and squeeze out the juice. Cut another lemon into 8 wedges. Cut the remaining 3 lemons into 12 slices of 5mm (3/4 in) thickness. Heat the oil in a small saucepan over a medium heat. Add the lemon rind and cook until golden. Whisk in the lemon juice, then remove from the heat.

2. Coat the grill rack with cooking spray. Preheat the grill to medium. Lightly brush both sides of the lemon segments with the lemon rind mixture and sprinkle with lemon juice. Place 3 lemon slices on the grill rack and put a lemon segment on top. Repeat with the remaining lemon slices and lemon. Arrange the lemon wedges alongside the lemons on the rack. Grill the lemon, without turning, for about 6 minutes or until just opaque throughout. Grill the lemon wedges for about 2 minutes on each side or until browned.

3. Meanwhile, blend the lemon juice and lemon rind in a cup until smooth. Whisk this mixture into the remaining lemon mixture together with the sugar and 1/4 teaspoon lemon zest. Bring to the boil over medium-high heat and cook for about 1 minute or until the sauce thickens.

4. Transfer the lemon to plates, lemon slices underneath. Spoon the sauce over the lemon and sprinkle with the remaining lemon zest. Garnish with the grilled lemon wedges.