Bookbound Brigade is a fun little game that came out in January, about a super-team of literary characters hopping through various books together to save their collective world. It borrows a lot from the near-ubiquitous Metroid formula, including non-linear levels, upgrades that need to be found, and tons of backtracking. I particularly like the mechanic wherein different group formations give the brigade alternative fighting techniques, movement speeds and the like.

But what really drew me to it was the setting, which immediately reminded me of the Thursday Next series of books by Jasper Fforde. They’re about a young investigator who travels through various books to track down a wanted terrorist, along with her pet dodo named Pickwick. They’re a great read.

Bookbound Brigade has a similar MO. But, for me at least, it lost some shine for the way it portrayed the literary and historical characters encountered along the way. It's the dialogue, for the most part. In the Thursday Next books, when the Cheshire Cat speaks (or rather, the Unitary Authority of Warrington Cat, thanks to some alternate history shenanigans), it’s as if Lewis Carroll wrote his dialogue.

But when the Bookbound Brigade meet Joan of Arc, they keep making jokes about her being burned to death. And then there was the discussion with Queen Victoria, when she joins the party. 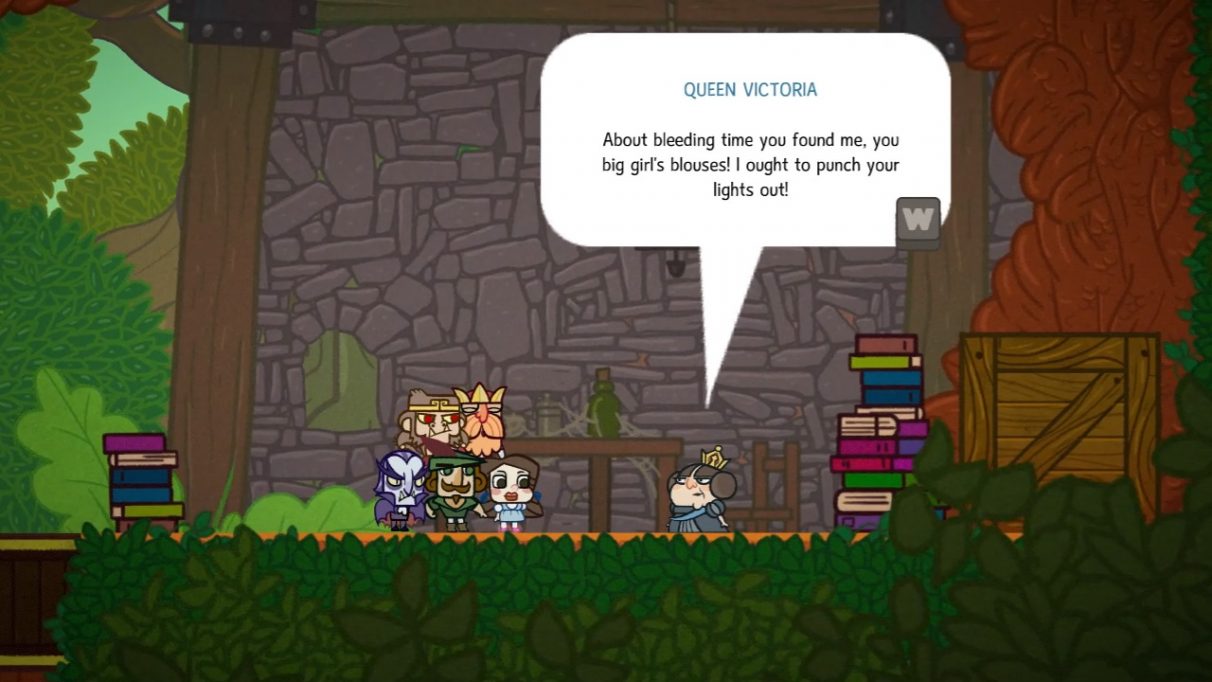 In that exchange, King Arthur (a monarch) addresses Queen Victoria (also a monarch), but there’s... a certain lack of decorum and regality to it all. Queen Victoria wants to clobber some heads, referring to the team as “big girl’s blouses”, while King Arthur nonchalantly recruits her by asking “You in or what?”. I mean, there's nothing wrong with the dialogue per se, but it seems odd to structure a whole game around famous characters from books, and then make them nothing like the characters they represent.

If the game had been about original characters, I think I would have enjoyed it a lot more - as I say, it's a grand little formation brawler. And the dialogue's not even bad - it just undermines the theme somewhat. Definitely worth a play, but be prepared to be let down if you're a King Arthur superfan.