Looking at my Steam library, there are a few games I've picked up and haven't played yet. One such game is Kingsway, which was described to me as "an RPG in the style of Windows 95". As an unusual take on the standard RPG, I delved into it for the first time today. Here's the tale of Audrey Last.

It's clear that window management is the thing. Windows pop up telling me of quests, items, and monsters. I run into my first monster while travelling to the next point in the map. The window moves around, making clicking the right thing troublesome and combat slightly tricky. Thankfully, this foe is vanquished. I obtain some robes and gold to buy an axe in a nearby town. 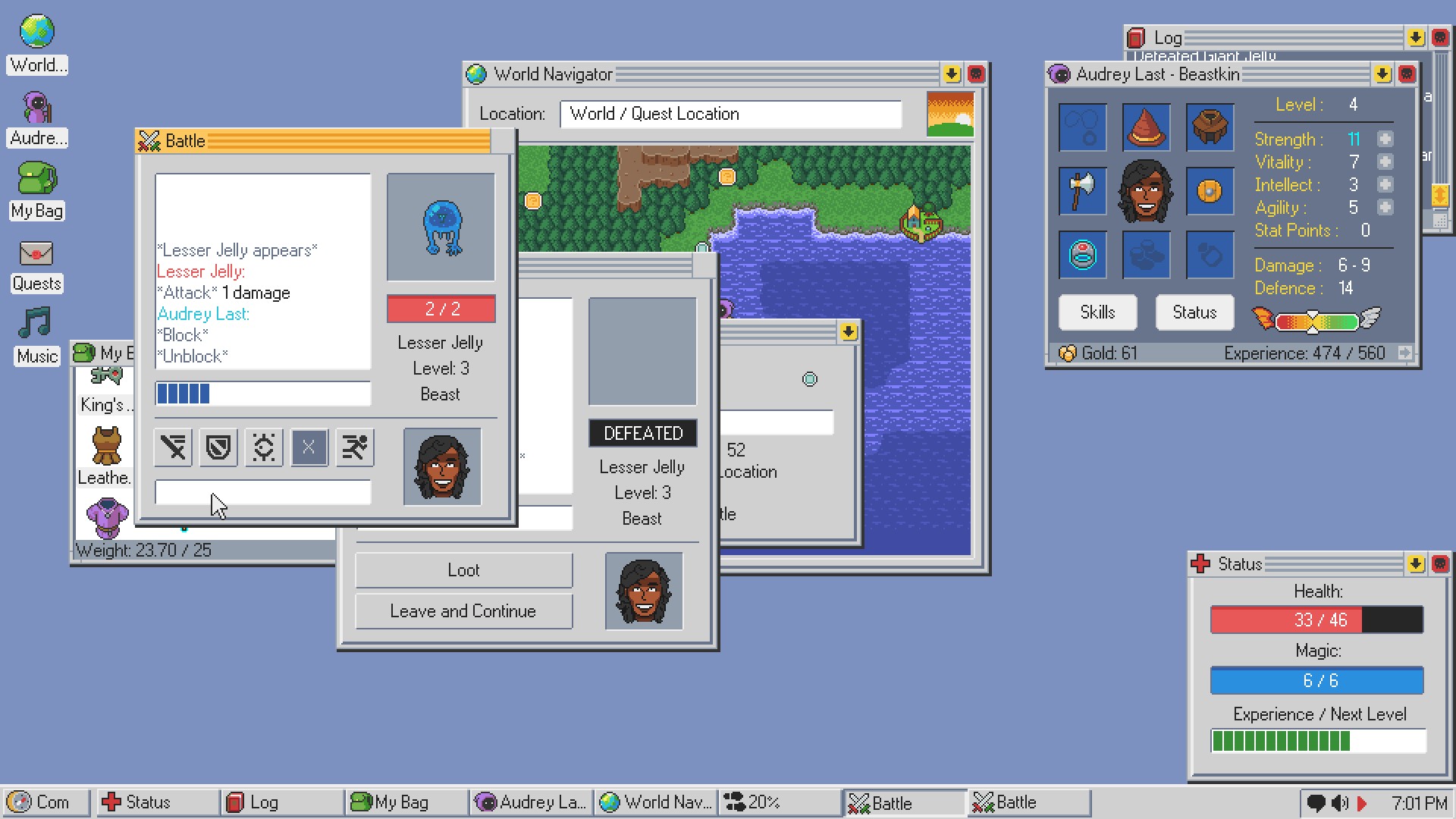 It's all relatively easy until I wander into a dungeon. Not only are enemies tougher, but I also have to deal with incoming arrows by clicking a fast-moving window before it disappears. When I venture into the ocean for the first time, there's an enemy that splits itself into multiple fights, which means multiple windows. Audrey's adventure comes to an end thanks to the poison of a rogue arrow. When you perish in Kingsway, the "desktop" crashes spectacularly. 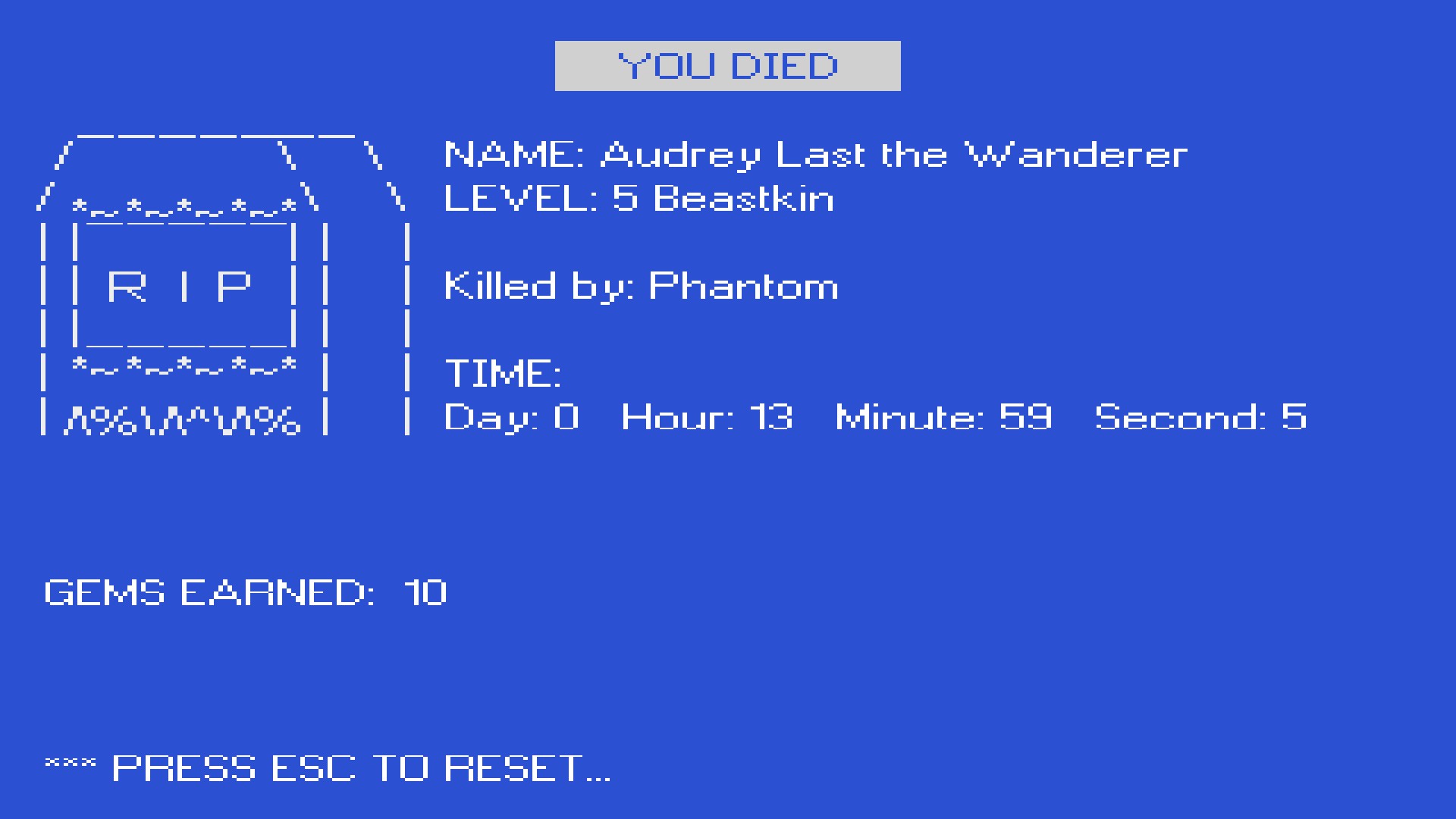 But you also earn gems that can unlock new starting items, and enable hotkeys for bringing up certain windows. So naturally I delved back in.

My second life ended more quickly than the first.