I love lines. There's so much you can do with a line, and at the same time there's very little that you need to do to a line in order to make it look good. All you need is contrast, soft lighting, a few warm pastel colours, all set against a comforting piano-zen soundtrack; and you've got a simple yet sophisticated aesthetic to match your simple yet sophisticated puzzle game.

Linelight is a game about moving your happy little block of light along line-based levels. Your aim is quite simply to get to the end of the level, which in practice means avoiding the red blocks of light patrolling the world, and flicking switches in the right orders in order to move bits of the level around, building yourself a path through which you can proceed. Most satisfying of all are the moments where you can manipulate the red blocks into flicking the switches for you.

A particularly handsome feather in Linelight's cap is the way in which the levels are just small segments of the larger world, all of which is fully navigable in real-time - no loading screens or transitions required. When you pause the game, the camera zooms out to show you the entire world, and just how far you've come within it. It's a very clever and elegant way of motivating the player to keep going. 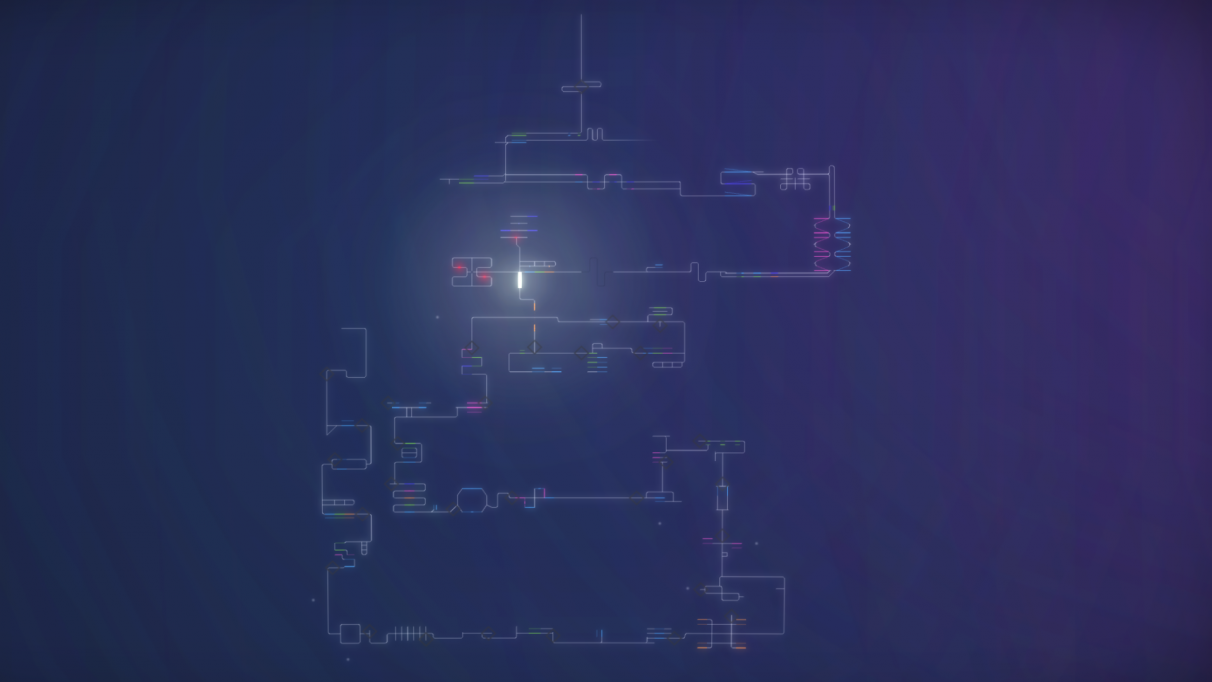 It's not a particularly long game, but Linelight still earned its puzzle game moniker during its tenure in my Steam library favourites list. The game frequently stumped me for minutes at a time while I attempted to look several steps into the future to view the consequences of my actions. But despite the challenge, Linelight makes very few demands of me. It's a game that I can pick up after months away and immediately just play, without having to wade through the arduous relearning process that accompanies more complex games. It's good at what it does, and doesn't try to be anything it isn't. And even if I only play for five minutes, I can still feel like I've progressed. In many ways, it's the perfect game to play during the downtime or matchmaking of grander games.