Sorry to disappoint you, but Mr T’s Alphabet Games did not feature the gold-encrusted hero of the A-Team, teaching you how to navigate the letters A, B and C between messages of assertiveness and respect. No, it was an educational game for the BBC Micro, in which the manifestation of the alphabetic character ‘T’ guided you through a quagmire of basic English. One day my mother discovered me, a five-year-old with a passion for self-destruction, in front of this game. I was screaming as loud as humanly possible.

Or so the family legend goes. The consensus is I couldn’t get the game to work properly. That I’d seen my brother and sisters playing it, and I too wanted in on the hot, alphabetical action. Unsupervised, I’d clambered into the computer chair and attempted to play. But BBC Micro games being what they were, it is likely the black screen, multicoloured keyboard and its myriad options confused, frightened and frustrated me. I began to scream.

I carry a hatred of personified Ts with me to this day. 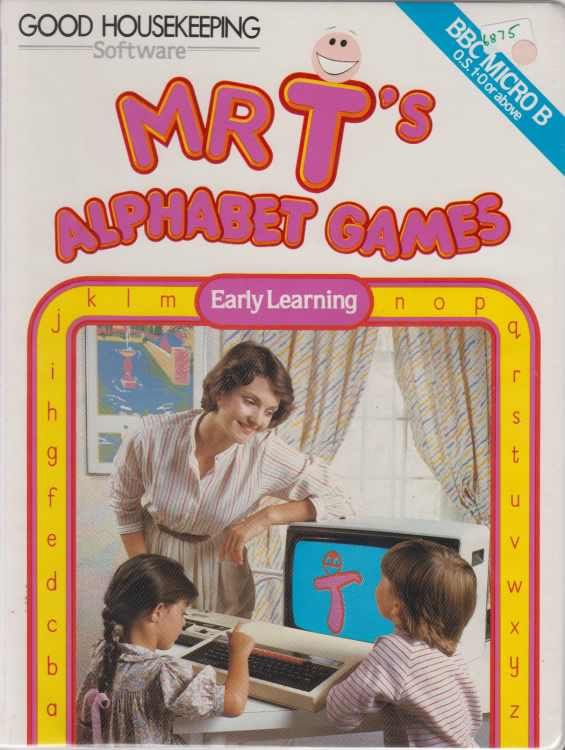 Mr T made other appearances in the educational gaming sphere, but none that I recognise. There’s Mr T’s Measuring Games, Mr T Tells The Time, and Mr T’s Money Box. All of which were reportedly the product of a “Good Housekeeping Software”. Did these scream-inducing edu-toys come free with copies of Good Housekeeping magazine? It’s possible. It’s possible. But it is more likely, I believe, that they were a bedeviled relic, entering and leaving our worldly realm wherever a child takes their first steps towards a keyboard. An ethereal disk, 5.25 inches in the fleeting moments that it takes corporeal form, and now living out its final ghostly days... in the memories of those children branded with the curse.