It's genuinely strange to me that more people don't talk about the 2008 Prince Of Persia. Okay, it's probably the art style, which deviates massively from the other games in the series. It's also a sort of reboot with less of a focus on time-manipulation and combat, choosing instead to focus on the dynamic between the two main characters. My point is, I can see why people wouldn't have given it a fair shake. Truth is though, it's really damn good, and secretly the best in the series.

That divisive art style I mentioned earlier? Yeah, it has the same effect as Wind Waker, in that it allows the visuals to hold up a heck of a lot better than a more gritty and realistic aesthetic. The result is somewhere between Okami and Ico, with the Prince moving like water through crumbling ruins and airy sand dunes. 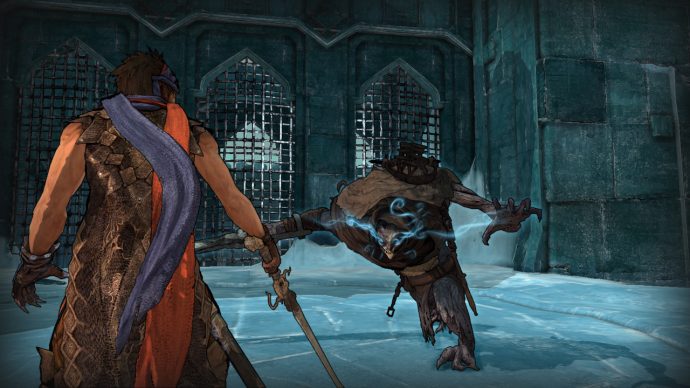 There's very little combat in this Prince Of Persia, at least when compared to other games in the series. When you do have to face down an enemy it's always a one on one battle. You have a few options to defeat a foe, and you have to watch its movements carefully. Boss battles require more thought, and usually fold environmental puzzles into the mix. Once you've defeated a boss, your final act in each area is to bring life back to the world around you. It's lovely to watch as blue light envelops and transforms your surroundings.

The Prince has an ally this time around, opening up new abilities like an extended jump and light-based attacks. Elika is pretty fun to have around too, and the quieter moments you spend with her offer a totally different flavour to anything in other Prince Of Persia games. There's no edgelord rock like in Warrior Within, but Prince Of Persia (2008) is definitely worth checking out.