The sky is full of wonder, but as someone who lives in Scotland, I can also tell you its full of stupid clouds. I love the sky, and though I've seen a lot of it since moving back here, getting a cloud-free night is a huge challenge. But there's a solution! Microsoft Flight Simulator has more than just planes in the sky. Under the right weather conditions, and with the correct camera settings, you can see eclipses and the Milky Way, and you'll never have to worry about those fluffy jerks photobombing the Big Dipper.

If you have the time it's worth watching pro-photographer Eric Adams using Flight Sim's cameras to plan out shots. He covers all the camera options that the game has, and I learned loads about the modes from his video. It's also cool to see that a professional can use the simulation as a tool. He seems happy enough with its accuracy.

To spot an eclipse, you’ll need to know when one will be, or when one has passed. Thanks to Reddit user “Slipperhat”, I can tell you that a total eclipse happened on July 11, 1991, from 19:02 to 19:08 UTC. If you open the world map and customise both the weather (choose clear skies while setting up) and time, you can set the game to that exact date and time span. Oddly it doesn’t matter where you are on Earth, so you can go anywhere you want for a view of the event. 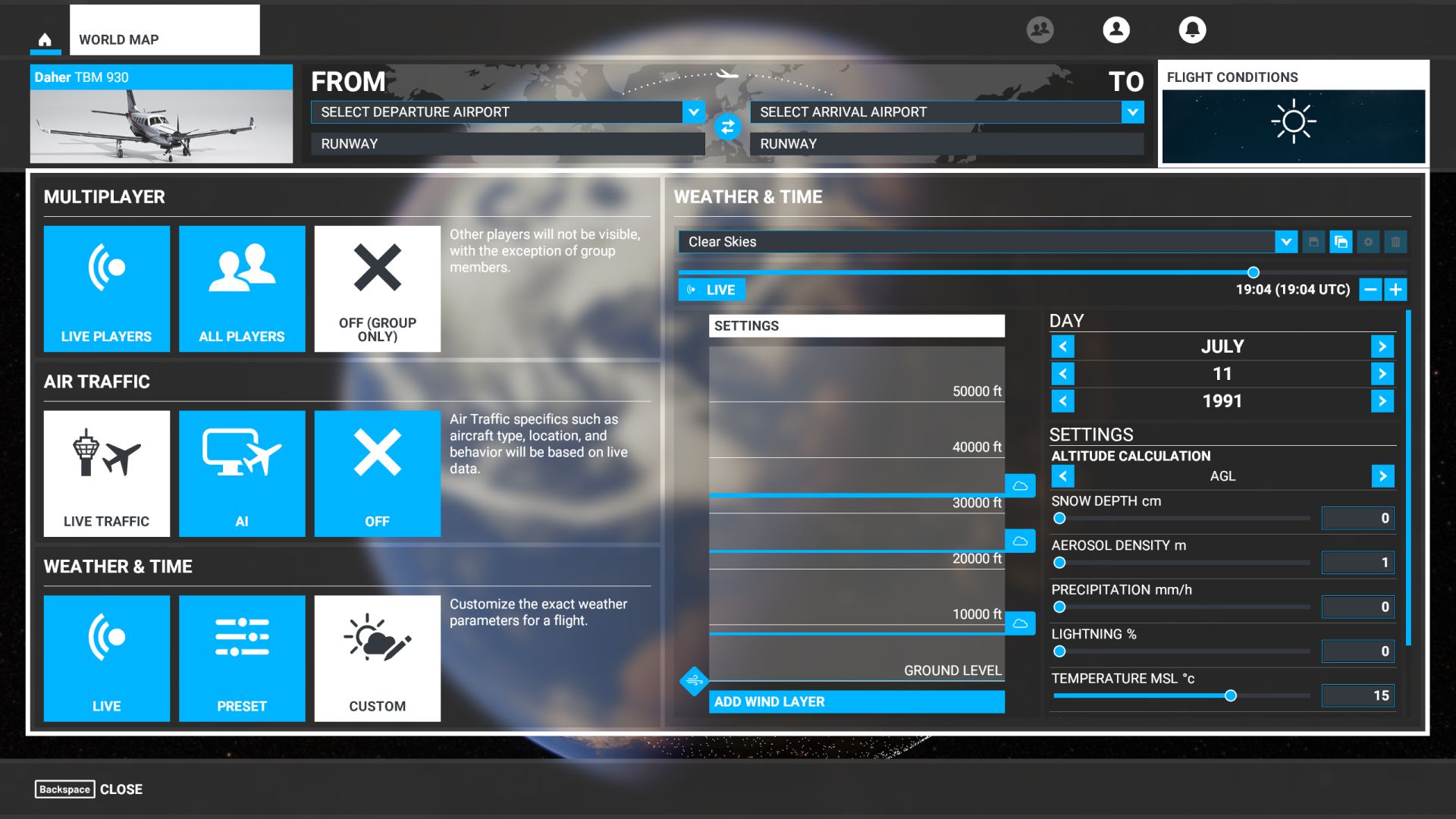 It’s not entirely accurate. Sunlight doesn't dip during the eclipse, but you can use the camera mode to fix that. If you use the game’s drone or showcase camera (the same thing with a different name, found in the drop-down menu that pops up when you move your mouse to the top of the screen), you can press CTRL+F2 to darken the image, and CTRL+F3 to lighten it. Hitting CTRL+F2 a few times will give everything that lovely, shadowy quality you get when the Moon passes in front of the Sun. 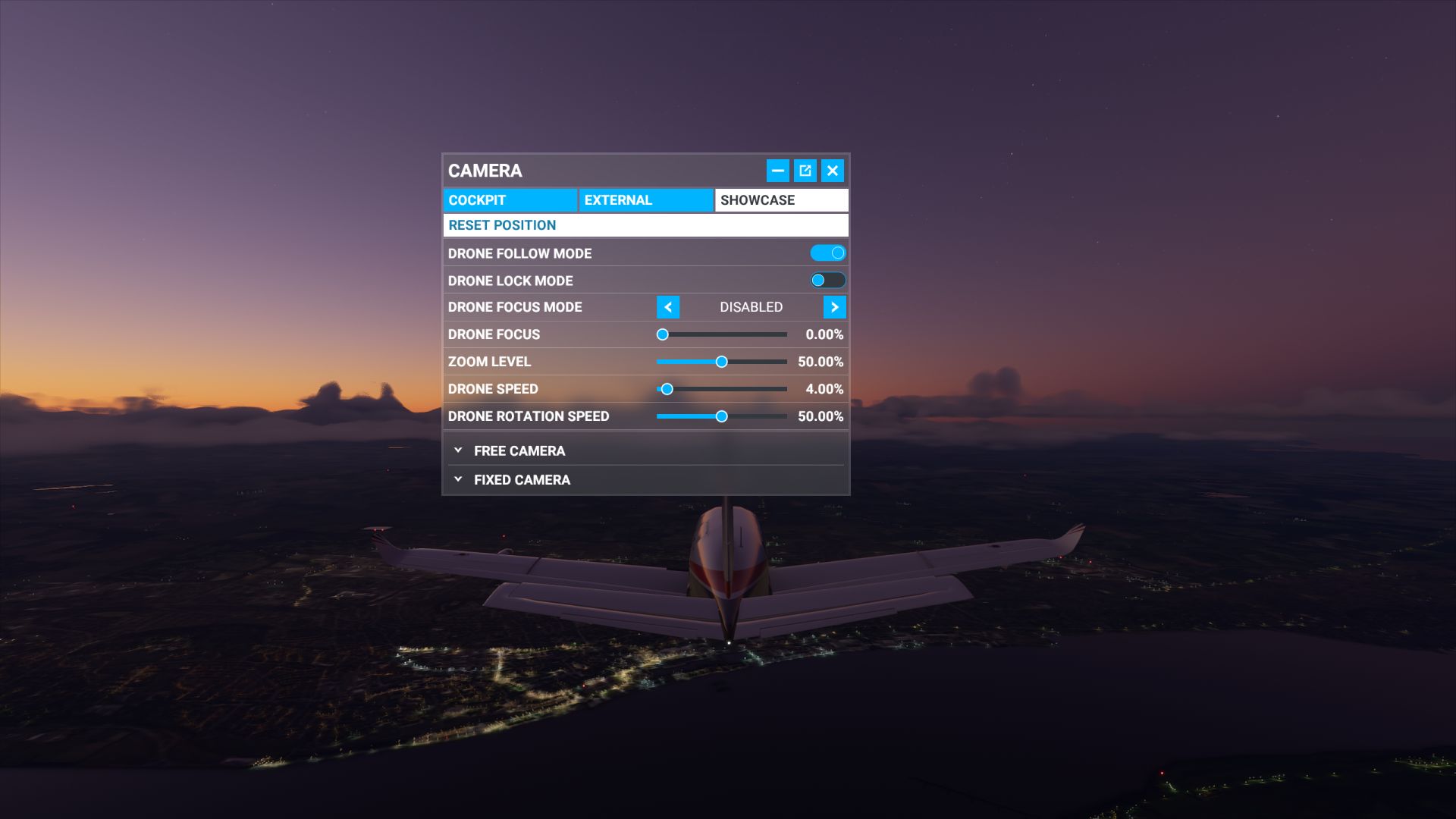 With those figured out, you can do what Slipperhat did and snap the conjunction.

"Krazykoo" also spotted a partial one.

How accurate is the game? Here's a Solar Eclipse. from r/flightsim

It’s largely the same method to see the Milky Way. It’s worth heading up north to get longer, darker, winter nights. Set the game time to the very middle of night wherever you are, set the weather to clear, and once again hop into the drone camera. Here you’ll be doing the opposite of an eclipse. You need to let in more light, not less. Tapping CTRL+F3 will step through settings. When you're set, you'll see far more stars than you can see in real-life. 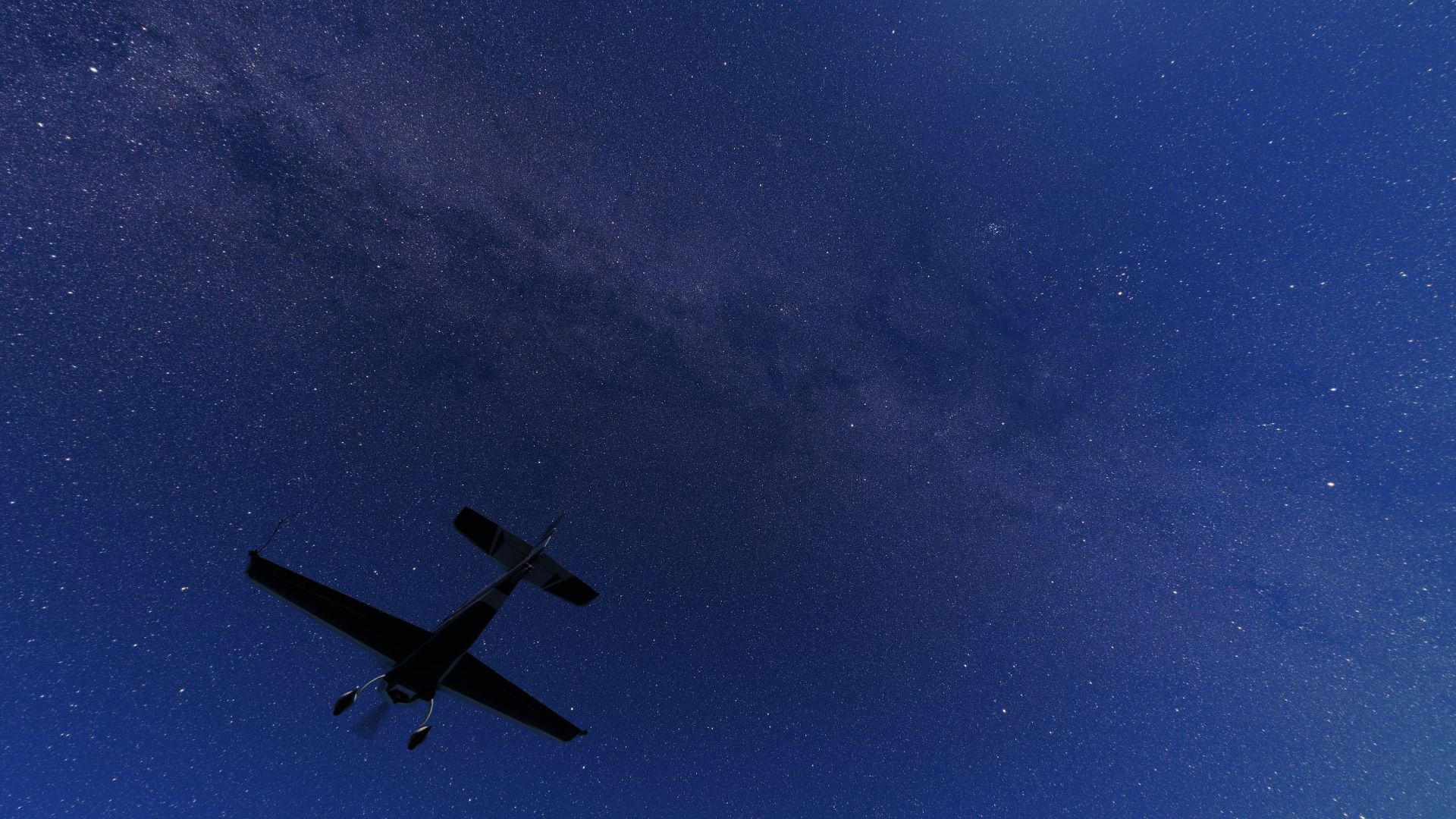 That's my attempt. Reddit user and actual astrophotographer, "ryanyomomma", has his own take.

An Astrophotographers Perspective... description in comments. from r/flightsim

This game. It crashes all the time unless I set it all to the lowest settings, but it hasn't stopped me from playing late into the night, checking every hour to see if a patch has landed. It crashed five times when I swapped to the highest settings to take the screenshots in this post. But as soon as work is over I'm taking a wee jaunt to Easter Island to see the heads while an eclipse winks a jaunty "hello" at us. This is my life now.