The HP Omen Mindframe headset is quite possibly the most bonkers piece of audio equipment I've ever seen. It's called MINDFRAME for a start, which is both brilliant and ridiculous in equal measure, but what really sets it apart from other headsets is pretty damn cool - as in literally cool thanks to its thermoelectric ear-cooling earcups.

I'll admit I was a bit skeptical when HP first announced this chilly piece of audio wizardry back in May, as I couldn't possibly think of a single reason why I'd ever need to keep my ears cool while playing a game. I still can't, if I'm being completely honest, but having tried one for myself at Gamescom the other week, I have to say the Mindframe is actually a lot more impressive than I first thought, especially now HP's added a freezer's worth of new features to it since that initial announcement. Here are my initial impressions.

A full review will come once samples are available in the run-up to the Mindframe's launch sometime in October, but after a brief demo session with the headset clamped round my face, HP may well be onto a winner here. Rather than use fans for their ear-cooling gubbins, HP's patented 'Frostcap' technology employs magnets to create an airflow inside each ear cup, keeping the inside nice and frosty while hot air is expelled round the back.

Indeed, when I touched the metal surface of the Mindframe's audio driver cover, it was ice cold - a stark contrast to the ear cup's noticeably toasty outer shell. It's not so hot that it's going to burn your hand or make you recoil in shock every time you take them off or anything, but I'd hazard a guess that you probably won't want to leave them plugged in once you've stopped playing for the day. 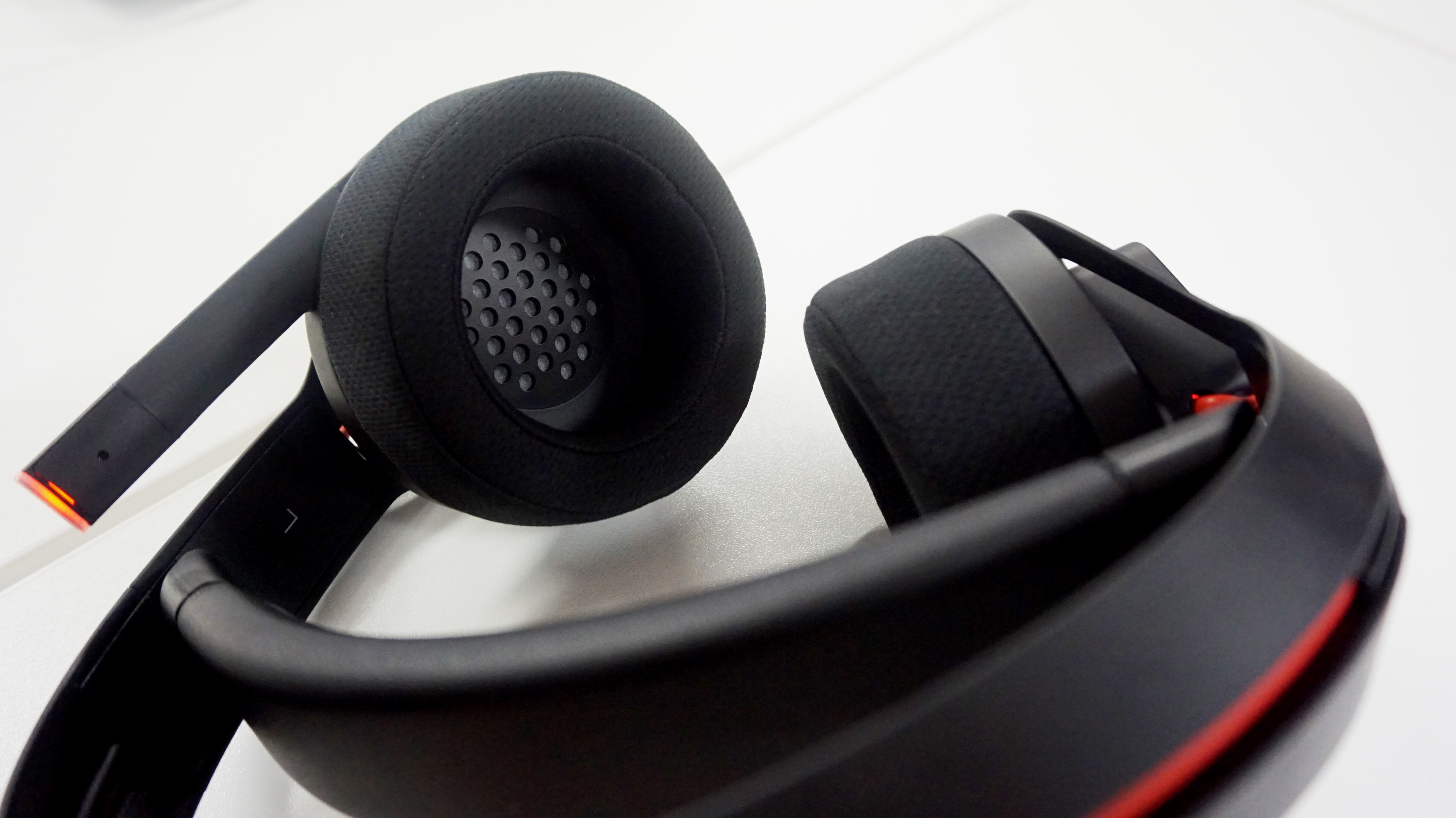 This is something I'll be able to test properly once I get hold of a review sample myself, of course, but the actual sensation of having your ears cooled is surprisingly pleasant. At first, I thought it would be like having someone constantly blowing on your ears for hours on end - noisy, uncomfortable and downright irritating. In fact, the best analogy I can give is that it's like stepping into an air conditioned room, albeit two tiny rooms that are fixed to either side of your head. It's just... cold. No draught. Nothing. And it's quiet, too.

Admittedly, if I was being really nit-picky, I'd say there was a very slight feeling of a very, very light breeze on my particular demo unit, but I wouldn't say it was noticeable enough to be a distraction, or forceful enough to annoying. What's more, if its default settings aren't to your liking, you can just change its glacial ferocity with HP's Omen Command Centre software - the same place, incidentally, where you'll find its RGB lighting controls (because it wouldn't be a gaming headset without RGB, would it now?).

I'll be intrigued to see how its various permafrost settings hold up over a solid weekend of game playing, but for now, I'm cautiously optimistic. Yes, it's probably a massive gimmick, but at least it's a gimmick that works and makes the headset feel good to use - especially when the combination of its suspended headband and new fabric ear cup covers (for improved 'breathability' compared to its previous faux leather jobs, according to HP) are so damn comfy in the first place. HP also told me that we'll probably be seeing a lot more ear-cooling headsets from other manufacturers start to arrive soon, too - not using HP's thermoelectric method, all told, but it suggests this kind of tech is here to stay as opposed to being a flash-in-the-pan fad. 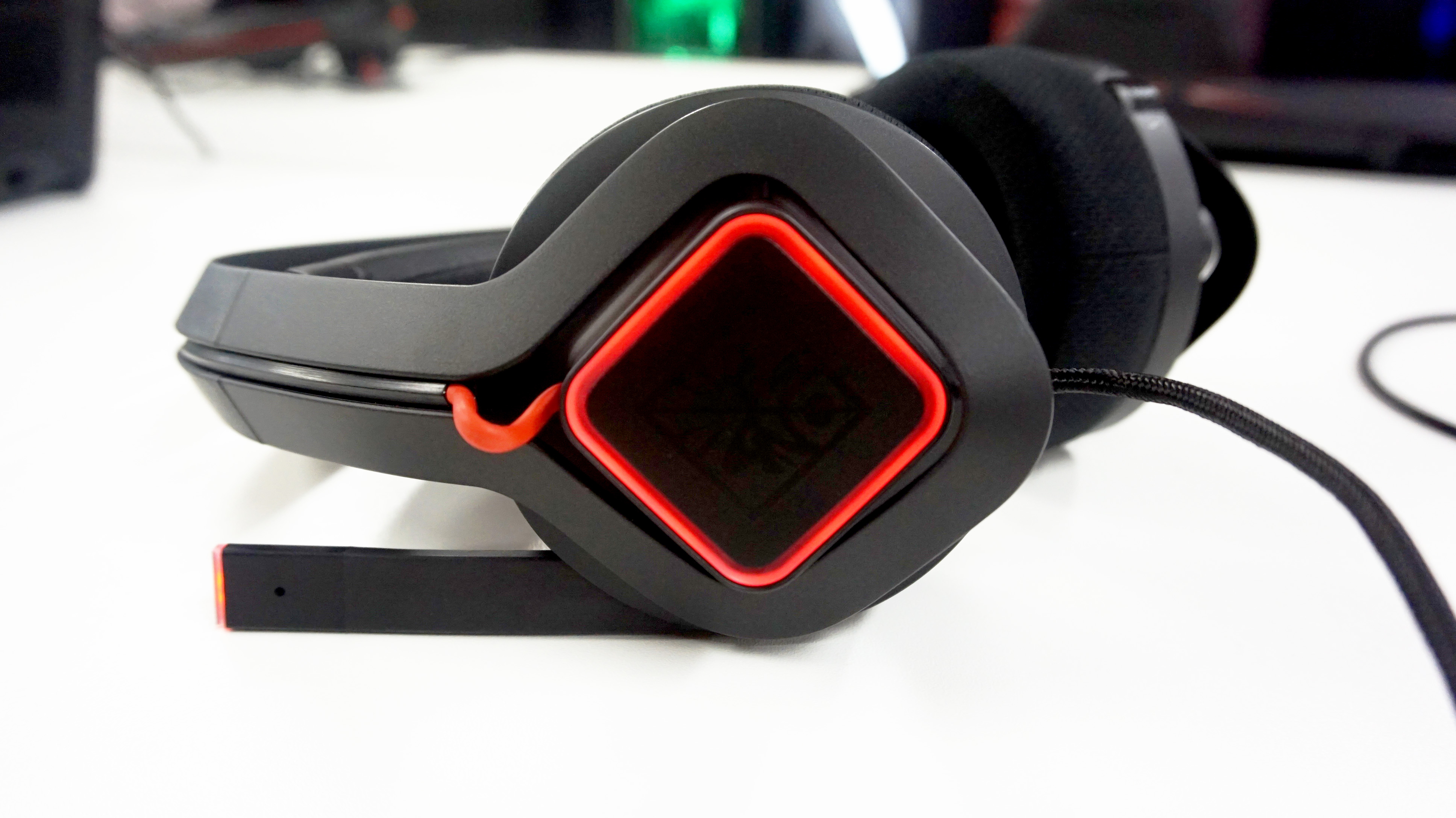 To top it all off, HP have also added a real-time sidetone feature to the Mindframe (seriously, who signed off on that name?) to make it easier to hear yourself talking when using the fold-down, noise-cancelling mic. This wasn't present on the initial model announced in May, and will no doubt come in handy if you've got the ear-cooling going at full throttle.

That said, I do wish they'd made the mic less chunky and/or removable at the same time, as it's just a tad ugly compared to the rest of the headset, and makes using it out and about with a laptop an absolute no-go. It does, at least, have an LED on the end of it to let you know when it's muted or not, but it's definitely my least favourite part of this otherwise quite high-end feeling headset.

Of course, all that ear cooling gubbins doesn't come cheap, as the Mindframe is set to cost $200 / €200 when it launches next month, with UK pricing yet to be confirmed. Still, provided it sounds good and its chilly innards don't become a massive nuisance after a couple of hours use, it may well be worth the extra cash if you've got the budget for it or fancy owning the world's most indulgent headset. Either way, you can be sure I'll give it a thorough testing as soon as I can get hold of one.