HP unveiled a mother lode of new Omen bits and pieces this morning, including a 2018 refresh of their Omen 15 gaming laptop with Intel Core i5+ and i7+ processor options (the + bit meaning they come with Intel's super fast Optane Memory gubbins). HP also announced a swathe of new mice and keyboard peripherals for PC, plus the world's first gaming headset with something HP's calling 'active earcup cooling technology'. Chilly earlobes is something I've always wanted from a gaming headset, so this has me very excited indeed. Click below for more ice-cold deets.

But first, more on that Omen 15 laptop, which is due to launch next month starting from £879. Now smaller and even more powerful than before, HP's Omen 15 for 2018 packs one of Nvidia's GeForce GTX 1070 chips with its energy-efficient Max-Q design, and you'll also have the choice of one of those aforementioned 8th Gen Coffee Lake Core i+ H-series CPUs that come in either four-core or six-core flavours.

You'll also get support for up to 32GB of RAM running at a max speed of 2666MHz, plus a multitude of different SSD and HDD combo options - both of which you'll also be able to upgrade thanks to its accessible panels on the base of the laptop.

All UK configurations will also have larger fans than HP's previous Omen 15 laptop for more efficient cooling, as well as "a three-phase motor and more consistent fan control", according to HP, across all of the different specs. Some of the higher-end models, however, will have expanded vent areas on the bottom to help get that air flowing even faster.

As for the Omen 15's new display, its 15.6in panel will have a 1920x1080 resolution, with the option to add a 144Hz refresh rate and Nvidia G-Sync support further up the line. HP have also fitted it with stereo Bang & Olfusen-branded speakers, but they're still likely to be as weedy as your typical laptop speaker. Much more useful is the DTS Headphone X support for when you're using a headset, which can help simulate virtual surround sound if your headset doesn't already do it itself. 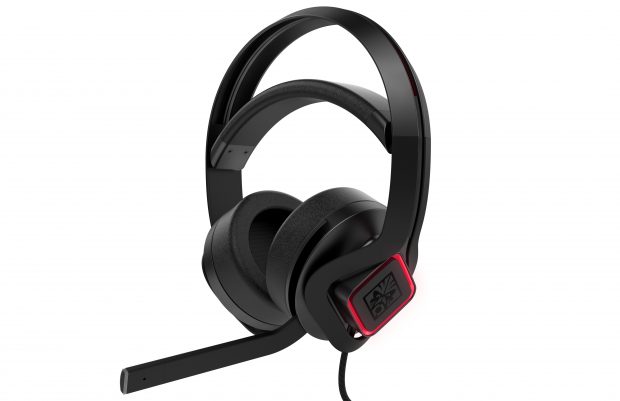 Speaking of DTS Headphone X-supporting headsets, let's hear a bit more about that ear-cooling HP Omen Mindframe (ooh, I do love me a good MINDFRAME). According to HP, the Omen Mindframe has a thermoelectric device hidden inside each earcup that can conduct heat from their respective acoustic chambers and transfer it outside, helping to keep your lugholes nice and wintry while you're gaming.

It all sounds a bit over the top if you ask me, but I'll certainly be interested to see how it works in practice when it launches later this year in October. Indeed, with its suspension headband, soft faux leather ear cushions, fold-down microphone, ear-cup-based volume knob, RGB lighting and USB connection, it could well be a contender for the gaming headset crown provided it doesn't succumb to the dreaded head pinch effect when I eventually get one in for testing.

Then there's HP's new Omen Sequencer keyboard and Omen Reactor mouse, which are due to arrive in July for €179.99 and €79.99 respectively (UK and US pricing has yet to be confirmed). Starting with the Sequencer, this optical-mechanical keyboard comes with blue-coloured switches that are apparently 10x faster than traditional mechanical switches thanks to their 0.2ms response time, according to HP. Set inside a lightweight, anodized aluminium frame, you also get RGB lighting (of course), USB passthrough, a red metal volume roller, and dedicated media keys.

The Omen Reactor mouse (pictured below), meanwhile, hopes to stand out from the crowd with its industry-first aluminium USB cable and (yep, you guessed it) optical-mechanical left and right click switches. Boasting the same 0.2ms response time as HP's Sequencer keyboard, these are allegedly 3x faster than traditional mechanical mouse switches, so anyone who's ever complained about click lag in the past might want to take note. You also get two programmable RGB LEDs, a maximum DPI of 16000, rubber grips on either side and an adjustable palm rest height that's balanced on a metal coil to help give it a more comfortable fit. 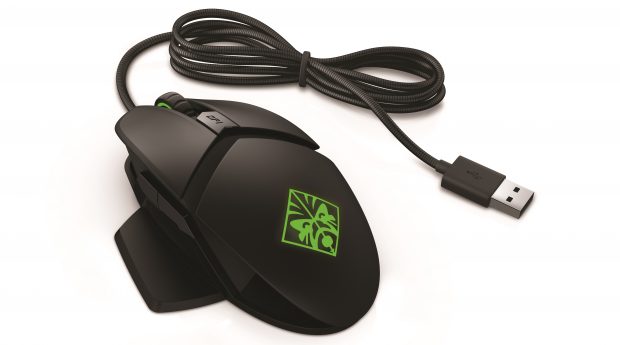 If you don't happen to have €79.99 to spend on a mouse, then maybe the €39.99 Omen Mouse 400 might be up your street. This one comes with Omron mechanical switches as well as what HP's calling an optional 'sniper mode' where one of the forward buttons drops the DPI down to 400 for precision aiming - which sounds an awful lot like the DPI button on the significantly more expensive Asus ROG Gladius II.

Either way, one thing's for sure - I'll be getting all these in for review as soon as I can, so expect to see full reviews of all of HP's wondrous new products over the coming weeks.