I can tell Laser League is great because of the noises I make while I’m playing it. There’s my giggling, when I manage to weave my way through an improbably dense field of laser-based death. There’s my sharp intake of breath when I watch a teammate do the same, perhaps coming within a hair’s breadth of reviving me before being shunted away by an opposing bruiser. There was even a moment where I let out a shriek, accompanied by a little clap, after I used a well-timed ability to take out an entire enemy team.

Yet after all that, the most important noise might be a wistful sigh as I wonder whether I can recommend it. I can't, really - not without the major caveat that you’ll struggle to find humans who’ll play it with you.

Laser League is a razor-sharp top-down multiplayer game about dodging lasers and cajoling your opponents into them. It's played in either 3v3 or 2v2, though 3v3 is where it shines. A single round lasts a couple of minutes at the most, and games go on until a team has won two out of three sets. 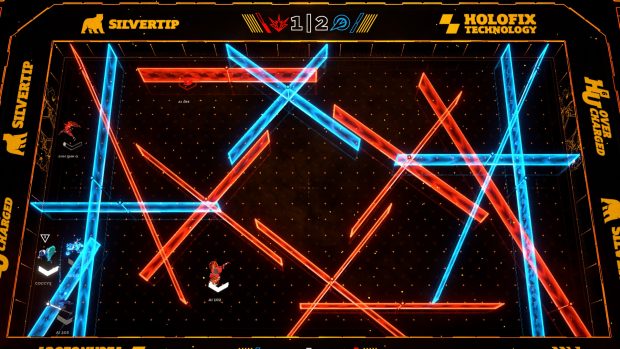 Each round starts with a nervous run towards activation points on the map, which temporarily project lasers coloured according to which team gets to them first. Walking through the wrong coloured laser knocks you out, though a teammate can bring you back just by touching the spot where you died. Throw in some power-ups that change how those lasers behave and a class system that gives each player a single ability, and that's it - there's your game.

It's a very good game. It's also a game where I'm frequently matched against AI opponents just a few weeks after it came out of early access, which puts me in an awkward position. I’d love to praise the game unreservedly and do my bit to rejuvenate its servers with the players they deserve - but there’s no escaping that, without players there in the first place, those lasers don’t shine nearly so brightly.

You know what? I'll get to my problems with playing against AI in a bit. First, let's go in for some of that unreserved praise. I've (almost) described the entire game in a paragraph, but don't go thinking that this is a shallow, throwaway affair. It'll probably take you a few seconds to absorb the basics, but it'll be many matches before you begin to feel like you know what you're doing. Those first few games are about getting your bearings, picking up a feel for the movement, then learning to recognise the different classes and how to play around them. More on those in a mo. 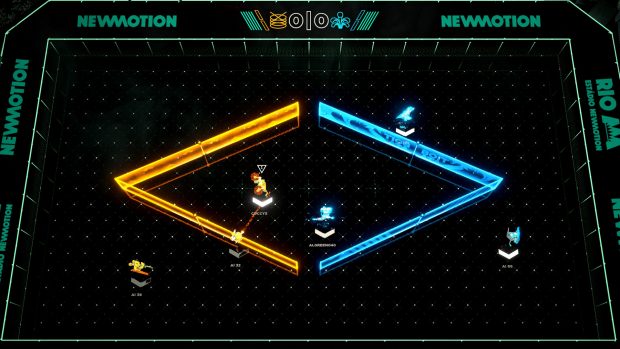 You'll also need to wrap your head around the wrapping arena, which in all honesty I'm still struggling with. Walk into a wall and you'll pop out on the opposite side, potentially avoiding a fast-approaching laser and getting the drop on your opponents. I've found people rarely use or anticipate wall-wrapping tactics, despite the loading screen prompts that urge everyone to do so. Even so, the possibility of a threat appearing from any angle helps to pack every moment with tension - you're rarely truly safe. The wall-wrapping also often provides the possibility of escape, leaving me cursing my brain for not managing to spot a route to safety until after I've died.

That's not the only way Laser League nails those 'if only I'd just ___!' moments that I love so much (in multiplayer games especially). The abilities are all simple enough that after I've died, it's usually obvious what went wrong. Maybe I didn't keep my distance from Blade, the guy with the lethal short dash. Maybe I walked into a friendly laser turned deadly thanks to an awaiting Thief, or let myself get flung across the map by a Smash, a heavy attacker who rams into you. 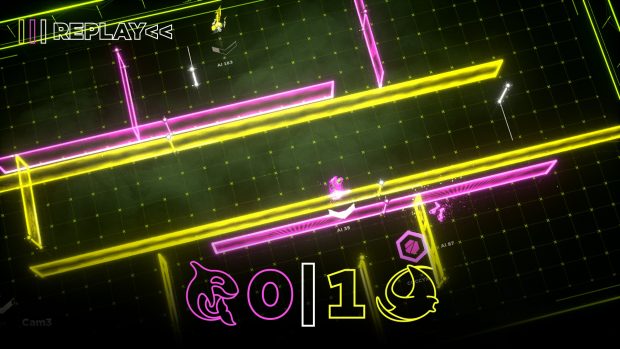 That last guy is my favourite. All the classes let you pick from three modifiers that tweak how their ability works, and one of Smash's modifiers makes his ability reset whenever he successfully collides with someone. That makes it easy to bully people, to punt opponents into lasers like a hyper-aggressive snooker player. You can just keep pinging them around the arena until they happen to collide with one. That's almost as satisfying as teaming up with a Shock, who stuns every nearby opponent and makes them easy prey for an offence-focused teammate or an incoming laser.

I'd love to see how it plays with a friend or two. In the few games I've managed to play with full teams of human players, I've spent a lot of time cursing my screen as my teammates do the opposite of what I deem sensible - though I'm sure they've been doing the same. That can be frustrating, but it doesn't compare to the frustration of watching an inept AI player stroll past my revive spot and get itself vaporised.

I've been queuing for a lot of my games in the middle of the day, and frequently finding myself matched against a single human opponent, if any. The servers have been a little busier in the evening, though it's still rare for every player on the field to have a human mind behind it. I've had quite a few games where the human players on one side have outnumbered those on the other, which seems unfair even when the AI is pulling its weight. 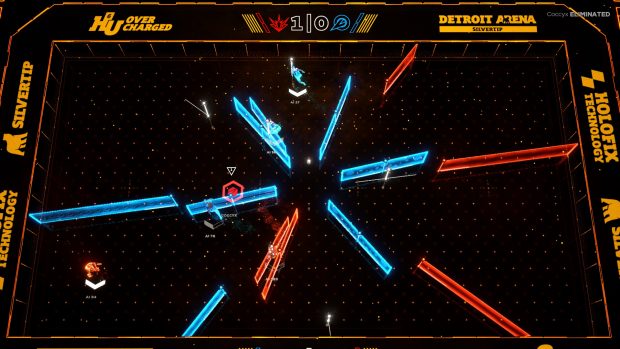 The main problem, though, is that playing with AI robs the game of a psychological layer that magics all those systems I've mentioned into a delicious battle of wits. With humans, I can think about baiting out abilities and predicting my opponents' movements. I know I moaned about them, but some of my best games have been with human teammates who I've gotten into a groove with - where we knew our roles, and combined our abilities effectively. That can sort of happen with AI, but it's not the same. There's also a limit to the satisfaction I can get from coming out on top against algorithms.

I don't like the conclusion this review is shuffling towards, so first I'll mention a few more details that take the game - when played as it's meant to be played - from great to excellent. The visual style has a crisp elegance that makes some little touches shine, like when Snipe zaps someone and their character model momentarily twists before disintegrating. The music, all futuro-ethereal synth, brings to mind a more energetic version of the fantastic soundtrack from Endless Space. I'm also a big fan of how, between sets, the team who lost gets a chance to swap characters. The only thing I can think to criticise is how a few key bits of information about ability modifiers are hidden in a sub-menu accessed from the main screen. 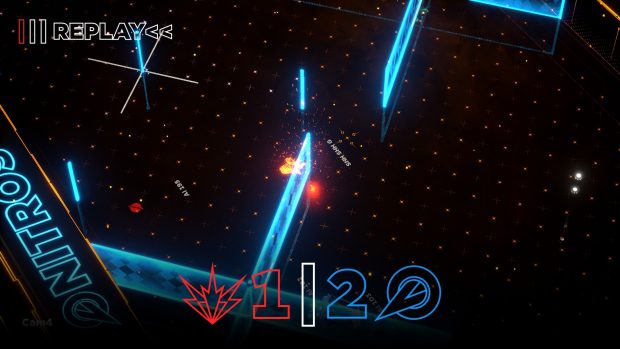 BUT. I think you should only buy Laser League if you either don't mind playing with AI, or intend to treat it as a primarily local multiplayer game. Local matches only go up to 4 players, though I'm sure getting to hear the shrieks of your friends as you bowl them into lasery doom will make up for the slightly less intricate dances that come with a lower player count. I'm looking forward to the first opportunity I get to play with some humans in the physical world - and sad that their online counterparts aren't sticking around.