After too many years and far too many mice which now clog up a desk drawer, I thought I'd found my new favourite gaming mouse. Wireless, multi-device, speedy and responsive but without looking like a broken piece of someone's Gears of War Halloween costume. A gaming mouse that did not look like a gaming mouse: Valhalla indeed. Logitech's G603 is so, so close to being the rodent to end all rodents - but for one fatal flaw. My quest continues.

2013's G602 (review here) was a wireless gaming mouse which ticked many boxes, save for some dunderheaded side button design and a 'Michael Bay's 14th Transformers film' aesthetic. The reason for that was its polling rate - how often the mouse tells the PC what it's doing - of 500Hz (about 2 milliseconds), compared to the wireless norm of 125Hz (approx 8ms). I still use that mouse to this day, because it's a wireless mouse that, for my non-competitive gaming tastes at least, feels effectively identical to the performance of a wired mouse.

I was never totally satisfied with it, however, because it looks too much like Adam Jensen's elbow, and the forty million angular side buttons continue to frustrate when all I do is want to press Back in my browser. Hence, I sat up in my seat for its more restrained 2017 sequel, the G603. There have been other Logitech wireless gaming mice since the 602, but I've avoided them because they confirm every stereotype that the phrase 'gaming mouse' might imply: this one, however, is business casual.

Sedate looks, a sane number of buttons, supports two devices and, not that I needed it, an even higher sensitivity and faster polling rate. 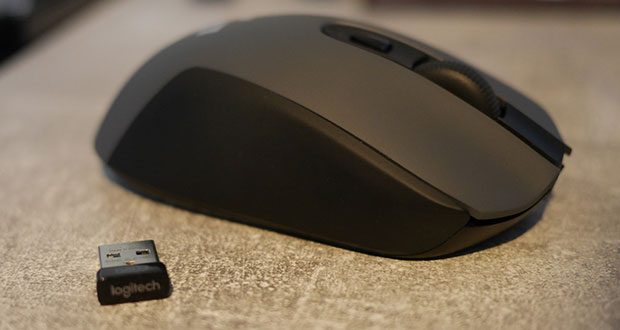 This latter you might see blurbed about as 'Lightspeed' in marketing. There's a button on the bottom of the mouse which switches it between High and Low performance mode. 'Low' saves battery power by keeping it on par with the G602 and its 500Hz polling, while 'High' ramps it up to 1000Hz, or 1ms responsiveness, and will chew through AAs faster. Maybe you, Good Sir-Lady Professional Esporter, could feel a difference, but I certainly could not. I also cannot see or hear a difference between a £10 speaker cable and a £500 one - do I have a tin ear, or is this yet another instance of assault by pseudo-science? YOU DECIDE.

Actually I'll decide for you: it's nonsense, 500Hz is more than enough. Same goes for the mooted 12,000 DPI sensor. The G602 maxed out at 2500 DPI, which for me meant a cursor that flew across the screen faster than I could keep up with - its middle setting of around 1200 DPI was the sweet spot for me, as it is for any wired mouse, no matter how big the number they boast of. If you ever use the G603 at its absurd maximum sensitivity, you are either a world-class pro-gamer or took so many drugs in your youth that you now live in a state of perpetual slow motion. A 1000Hz polling rate is claptrap; 12,000 DPI is claptrap on a cosmic level. 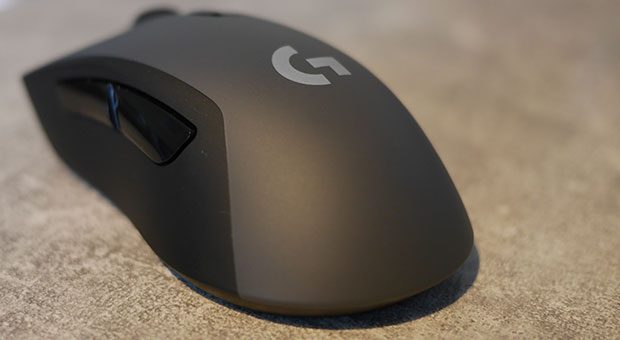 There's a button on the G603's surface that flicks between four different sensitivities, and you will probably leave it perpetually set to the second or third setting. What is useful is the first-setting, which drops the DPI dead low. This is useful for when you're lining up a scoped snipe and need to move the cursor in small increments, not mighty leaps. If the button switched directly between medium and low and back again, it'd be a big help in shooters, but having to cycle through all four modes eats up too much time. I suspect this stuff can be tweaked somewhat in the Logitech software, but you'll forgive me when I say I'd rather never, ever use that button than have to inflict a load of mouse bloatware upon my PC.

All told then, feel/performance at sane settings is effectively identical to the G602, which is to say identical to a decent mid-range wired mouse. However, the understated G603 looks orders of magnitude better, it's a good weight, offsetting its use of two AA batteries by having an extremely light construction, and even more importantly, it limits the side buttons to just two generously-sized switches. Easy to find, do all I need, doesn't look like a row of demon's teeth. Perfect. 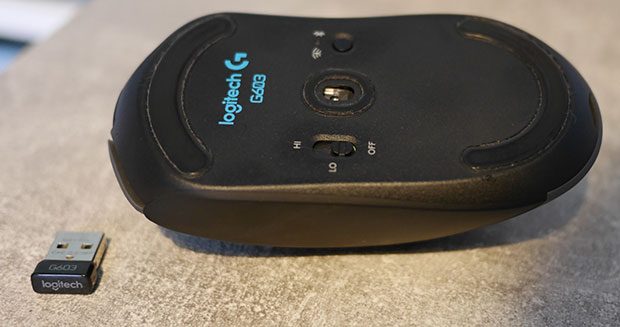 Icing on the cake is the aforementioned Bluetooth mode. The G603 includes a propriety USB dongle, which you need to access its 500 or don't-be-silly 1000Hz polling rate, but it also supports dongle-free Bluetooth, which it can switch to near-instantly with a button on its bottom. Believe it or not I don't actually want a drawer full of mice, so having just one that I can use for both desktop and laptop without having to cart a frighteningly small and easily-lost USB dongle around is a minor godsend.

For what it's worth, Bluetooth performance is quite impressive too - admittedly, I've not played any online shooters in it yet, but had no issues with the likes of Into The Breach, XCOM, Wolfenstein II and The Witcher 3. If I really pay attention, I can tell it's a teeny-tiny bit more sluggish, but by and large I don't notice.

My perfect mouse? Well, it doesn't have a built-in rechargeable battery, but I can live with that, given its comparatively modest price as fancy gaming mice go. What I can't live with is the fact that the index and especially middle finger of my right hand hurt so much.

In what I believe was a move to reduce the mouse's weight, there are various gaps around the central plastic struts between the two main buttons and, in the middle of which, sits a large-ridged wheel. On the G602 (and most mice), this section of the mouse is solid; on the G603, it forms into four blunted spikes surrounding the wheel. The rear ones sit fairly flush to the mouse body and taper to fit even a skinny finger, but the front ones jut slightly upwards. 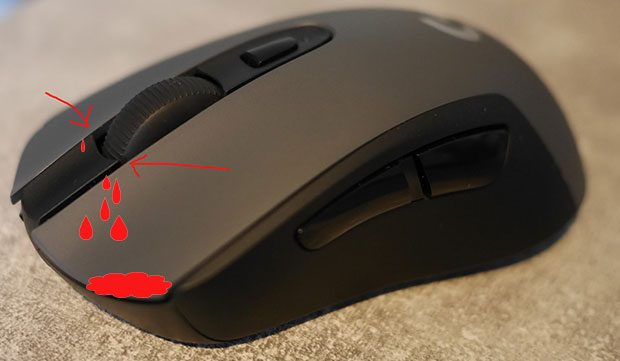 If your finger consistently sits perfectly in the middle of the central groove, you're fine. If it drifts even a few millimetres left or right while you're scrolling - and it will, oh it will - it's soon going to feel like you've been gently savaged by a very sleepy cat. In each individual instance, this doesn't hurt, but over a few hours, the dozens or hundreds accumulated pokes from those spikes results in an uncomfortably tender, even sore finger. Over a few days, it becomes the kind of nagging discomfort that you worry will last forever.

To put it carefully, if you are a chunkier-fingered sort of human bean, I suspect you'll be OK, as there won't be so much wiggle room within the groove. If, like me, and have what have politely been described as piano player's hands and less politely as strangler's hands (n.b. I don't play piano), your digits will naturally drift a little, and that means it's sleepy cat time, time and time again. It is a staggering design folly - putting two sharpish points right on the part of the mouse that requires the most regular finger movement. Bring me the head of Ian Logitech.

I bought this mouse last Wednesday, stopped using it Saturday and my finger's still tender today. The G603 is now on its way back from whence it came, and, regretfully, that's the end of that. So close! So damned closed to the perfect mouse. The quest continues.