If your entire game is about munching other creatures as an increasingly super-powered shark, it's important to get the chomp noise right. I'm talking about Maneater, Blindside Interactive's upcoming sea dog sim*, which they describe as "GTA but you're a shark". Based on the hands-off demo I saw at E3, I'd say that's a bit silly.

In the full game you start off as a babby, though for the demo we've jumped straight into the er, shoes of an adult bull shark. We're "one of the ocean’s most feared predators", according to the faux documentary narrator: "an insatiable beast intent on devouring everything in sight". I like that the narrator is Chris Parnell, and I get to imagine Cyril off of Archer freaking out in-between each take. I don't like that he is spreading oceanic lies and slander.

Nate wrote about this at length, drawing on his bizarrely appropriate origin story as a beleaguered aquarium employee, so I'll get this out the way briefly. Maneater perpetuates the myth that sharks are aggressive monsters rather than an endangered species we have a responsibility to protect.

When I asked one of the devs if they'd thought about that, he told me that he was "hoping that people can see this as silly fun and not actual reality", and that he definitely doesn't want to "spread a stigma like 'oh, kill sharks on sight'". I'd still say they're spreading a stigma they had an opportunity to subvert, but like Nate I'm ultimately willing to overlook that so I can romp about as twenty tonnes of "super-hardcore weaponized" cartilage.

The Maneater shark can leap thirty feet into the air. It can do back flips. It can slow down time, then hurl any human it happens to be nibbling on at nearby boats. Once it's absorbed enough nutrients, it might be able to electrocute prey from a distance. Like I said, it's a supershark.

"Nutrients allow us to evolve, and go beyond what nature might have intended", the dev tells us. You can hunt around for special caches of them, or just eat stuff. Sufficient snacking lets you reach a final "mega" evolutionary stage, where you get bigger and bitier. They're still hashing out the specifics, but we were shown art for an electro shark, a boney shark, and a weird purpley shark, though you can mix and match different adaptations. You might equip zappy teeth that disrupt nearby fishes and human equipment, plus an armour-plated tail for clubbing.

Not that the shark really needed any of that, from what I saw. We spend most of our time terrorising the local populace and wildlife with ease, but the sea gets spicier with each human you chow down on. Our sharkpilot demonstrates this by hurling our one-fish sharknado onto a beach, then flopping about with murderous intent - and, before long, a belly full of sunbathers. 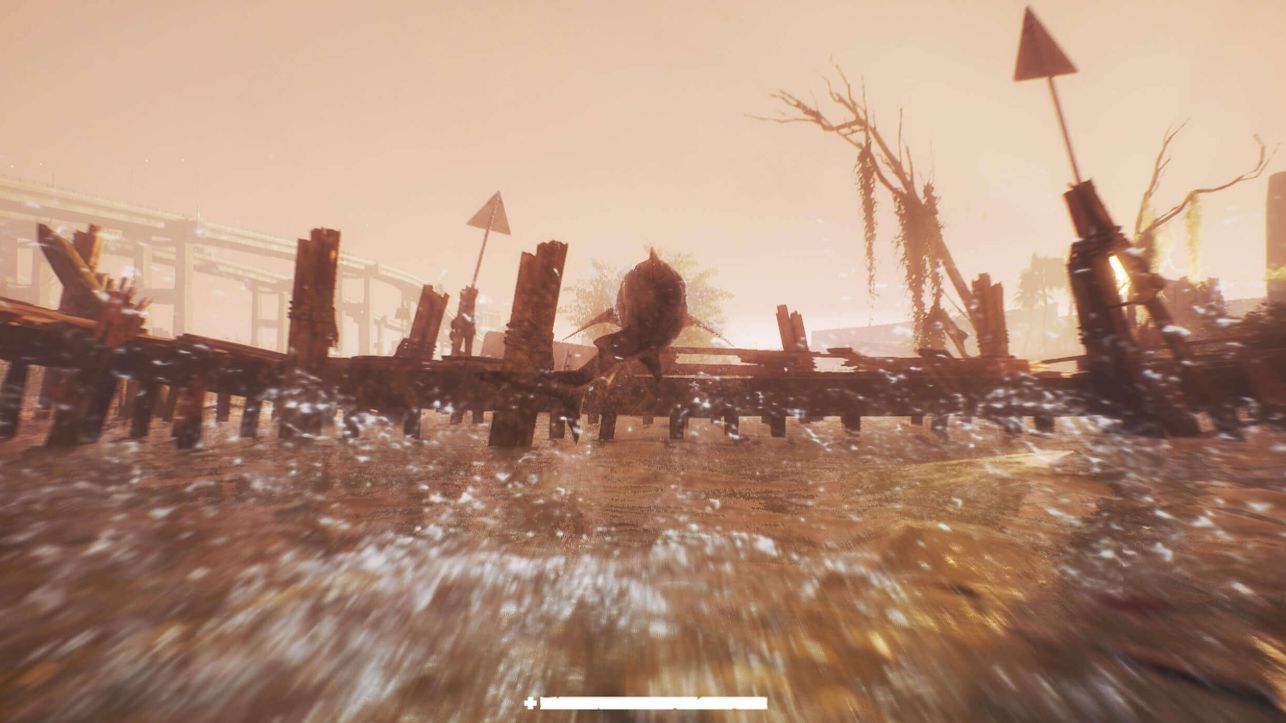 This attracts the attention of a shark hunter, who we’re told we can swallow to get a permanent boost to the effectiveness of nutrients. The hunter zips to us with a couple of machine gun-toting boats in tow, and for the first time we have to resort to tactics other than rampant aggression: ducking down into the water, dodging targeting lasers, then swimming up to avoid depth charges. It's chaotic, but there's a kind of elegant clumsiness to the way we slap shark mass against hulls and humans, breaking the former and splattering the latter. The fight packs all the panic you'd hope a clash between dozens of land-loving bipeds and a terrifyingly athletic super-natural sea demon would do.

Killing the humans makes them arrive in ever greater numbers, though, and our shark is forced to slink away. They'll keep coming, we're told, until you've gnoshed every shark hunter in the region. There are seven regions, and they'll also contain threats from beneath the waves: unique overgrown predators that aren't best pleased to see you encroach on their turf. We stumbled across a mega-croc in our demo, but wisely backed away from it. We were also shown a blood-eyed whale wrapped in barbed wire -- the real 'endgame' boss who'll give even fully-evolved megasharks a drubbing. 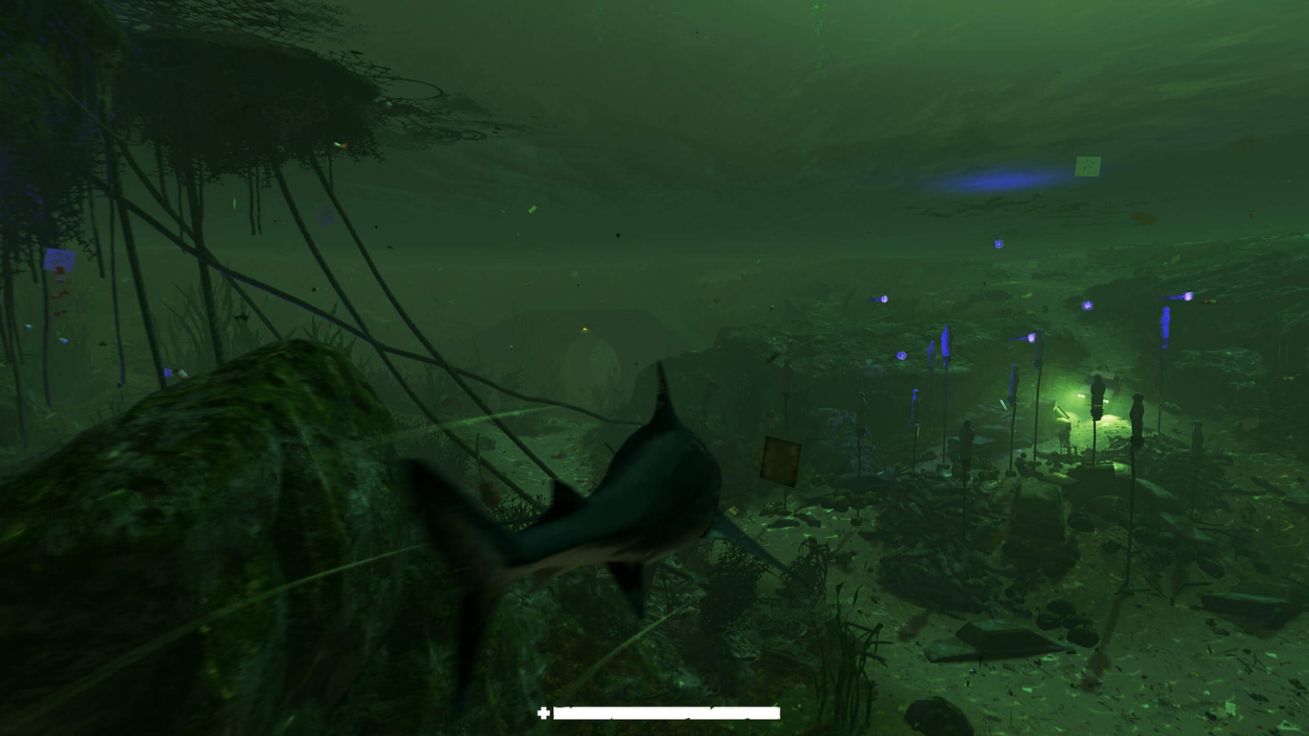 Maneater is goofy, gory, and a little bit gauche. It's a power fantasy without pretension that will further the impression of sharks as insatiable killers. But I still want to tangle with that whale, and Tripwire say I'll get to "at some point before the next E3".

*Wikipedia tells me that mariners sailed all the way to the 16th century before they thought of a better name than "sea dog". Not referring to them as such for this whole article took degrees of restraint I wasn't aware I was capable of.