Premature Evaluation is the weekly column in which we explore the wilds of early access. This week, Fraser’s been kicked off the HMS Horace and left stranded on Seeds of Resilience’s deserted island. He’s found a new job though: managing a colony of fellow castaways. Probably more game journalists. The sea’s lousy with them.

I’ve been staring at the mostly static screen - an island with trees and rocks and not much else - for long enough that the ice in my drink has melted, and I’m still no closer picking tasks for my pitiful band of shipwreck survivors. I’ve lost count of the amount of hemp and wood and fish I’ve sent them to collect, and the thought of starting what feels like the same day all over again is just a bit too much. If I plant one more tomato, I’ll snap. I know I will. Starvation and natural disasters are minor threats compared to the tedium of living on a deserted island.

Seeds of Resilience’s sole survival mode dumps you on a tiny, forested island with three gormless survivors who you will only ever actually see in the menus. To survive they need surprisingly little: food and shelter. The absolute basics, minus water, are literally the only concerns here. This isn’t a management game where the needs of your tiny humans become more elaborate once the necessities are dealt with; they’re extremely low maintenance.

To build some shelter, you just need some twigs that can be found in the nearby forest. For food, all you need to do is send someone to pick wild fruit and veg. Getting a basic colony up and running doesn’t take very long, then, with the only wrinkle being the energy levels of the survivors. Every task takes a specific amount of time, so if it takes 6 hours to chop down an oak tree, and your lumberjack only has 5 hours of energy left, you’ll need to find someone else or wait until the next day. 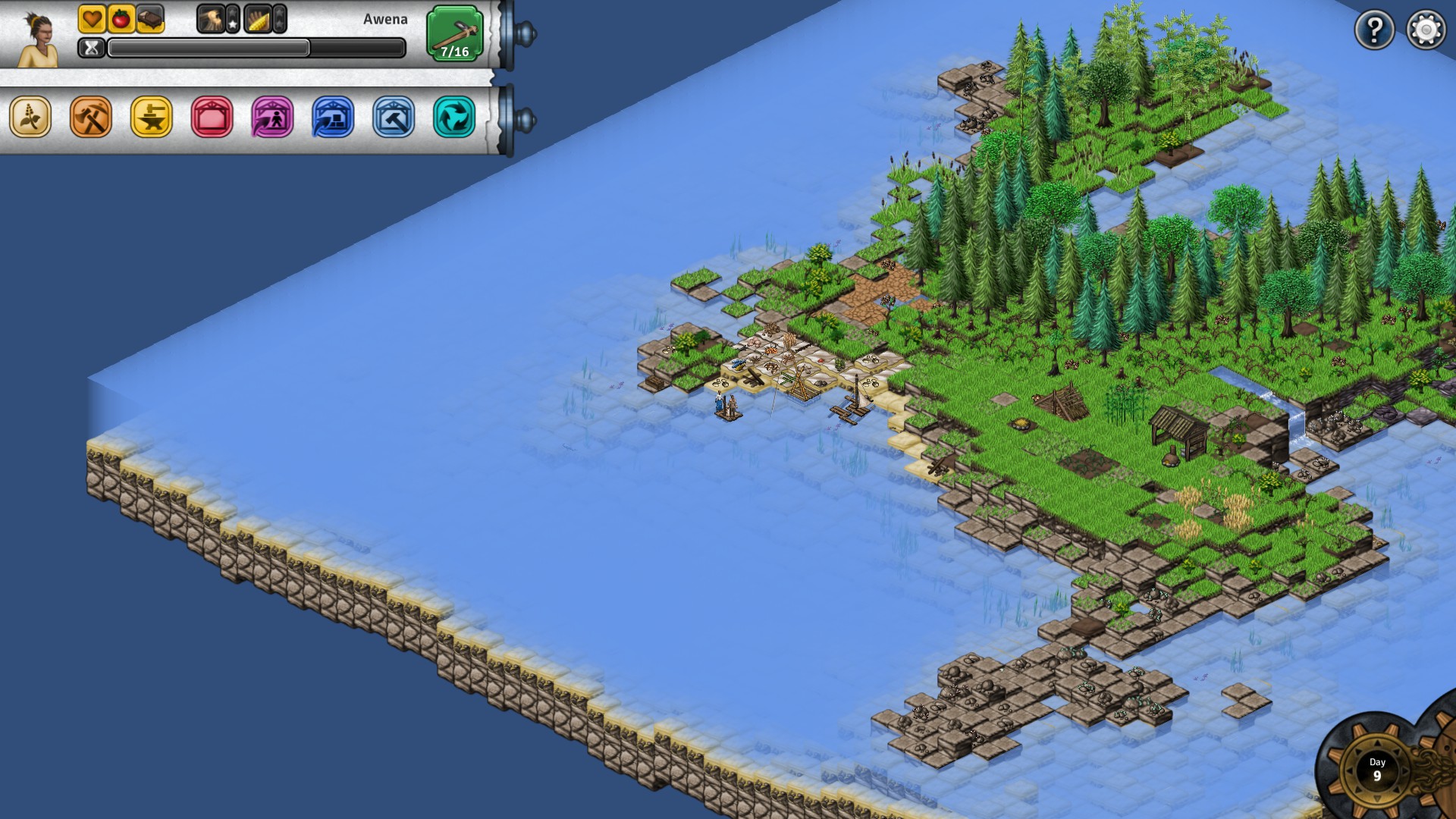 Sleeping outside, on the dirt, naturally doesn’t leave survivors with a lot of pep, so getting those shelters up and running is priority number one. Unfortunately, they’re garbage. They get blown over pretty easily in a storm, and they’re not much more comfortable than sleeping on the ground. More advanced buildings are both more resilient and comfier, and I felt like it would be a really nice gesture to the survivors if I put them up in the best digs the island can offer. Sure, I wasn’t actually helping them get home, but at least I could make them houses with hammocks, seemingly the most advanced domiciles in the game. That quickly became my primary concern, an all-consuming quest to provide functional accomodation for these poor, desperate people.

Disasters always loom over survival management games, throwing foul weather, food shortages, plagues and riots at unfortunate survivors. They’re the source of anecdotes and action, and they spice up the often mundane work of subsisting in a hostile environment. In Seeds of Resilience, it gets windy. There are no crises, just minor annoyances that can easily be fixed. You can reach the point of sustainability so quickly that you’ll spend most of your time maintaining the colony instead of expanding it. With a single fishing jetty that you can build almost from the word go, you can keep everyone fed forever. I’d only built a few buildings and already felt superfluous, my only job to dole out increasingly unnecessary tasks.

Even the new houses I was determined to build were largely pointless. The survivors would be well-rested and able to spend more of the day working, but I was already struggling to find things for them to do. If I didn’t build them, however, I’d be the one with nothing to do. See, the only other buildings, aside from the fishing jetty and its big brother, the fishing cabin, are workshops, and only two of them actually unlock new crafting options. The vast majority of those new crafting options relate to building flashier homes. The rest let you construct better tools, which you’ll almost exclusively be using to get the resources you need for - you’ve guessed it - more homes. It doesn’t even make sense for there to be two workshops, let alone three. The metal workshop, for instance, only has four recipes, one of which serves no purpose. The wood workshop, on the other hand, is overflowing with recipes, but most of them are effectively the same thing. There’s no difference between a fir plank and an oak plank beyond the tree the wood came from.

Unfortunately, my gentrification project didn’t keep me busy for long. It turns out that if you’ve got six survivors - a couple of new rafts arrived while I was building - and you can build homes that house three people, it doesn’t take very long to put everyone in the swankiest pads. I’d built not just all I needed, but all I could. It wasn’t very much at all. And with nothing else to build, there was no more game. The survivors have no personalities or relationships, there’s no research, no pressure or tension at all; you can put together a miniscule, ramshackle settlement, and then you’re done. 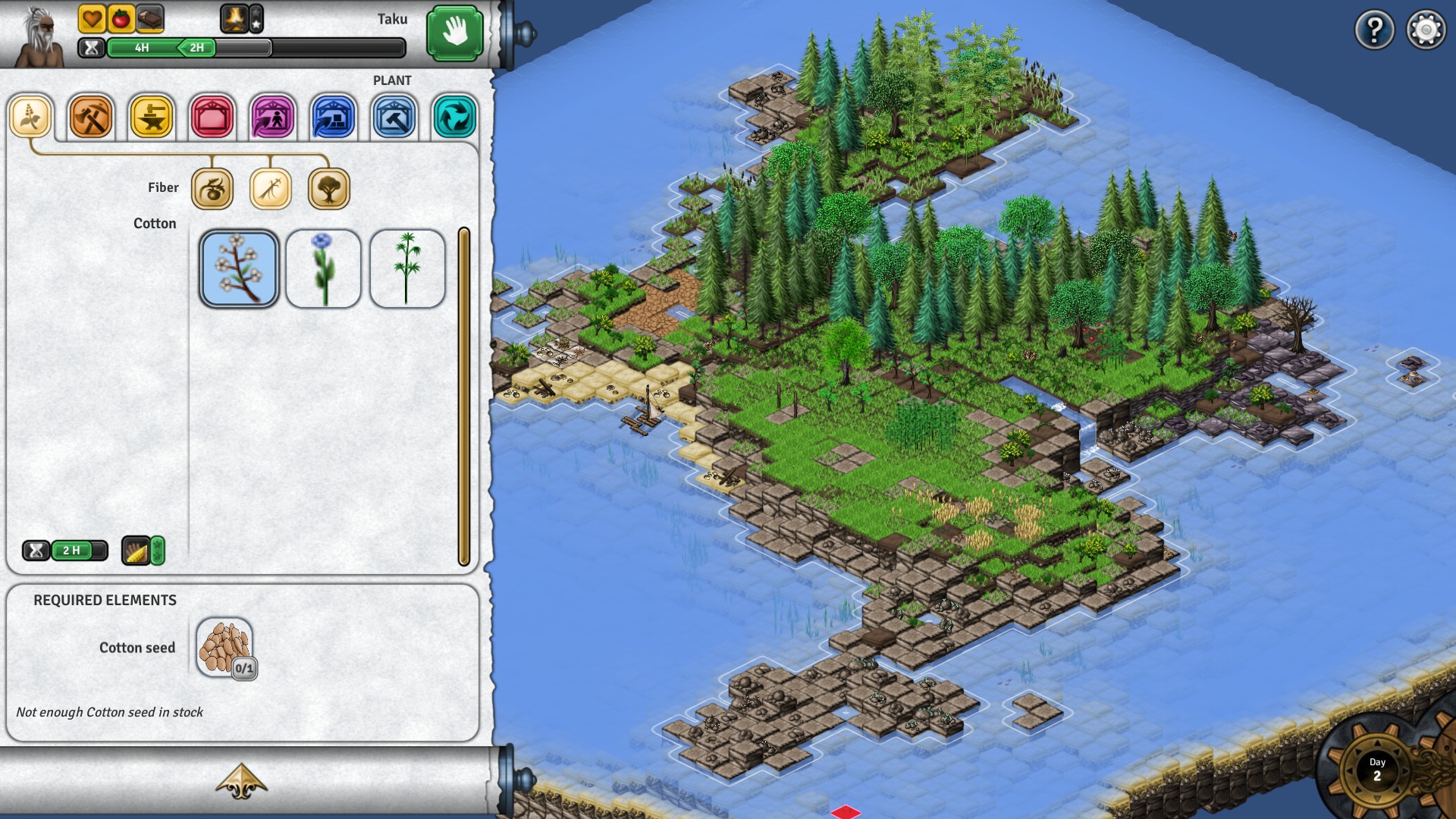 I was sure there was more. I went through my survivors and made sure that I maxed out every single skill. Each activity, from woodcutting to constructing houses out of sticks, is connected to a skill, so I wondered if there was a whole new set of buildings and items waiting for me if I could just grind for a little while longer. For a couple of days, one of my survivors did nothing but make copper bars, while another made planks, but to no avail. They mastered their crafts and nothing changed.

Developer Subtle Games says that everything in the ‘About This Game’ feature list on Steam has already been implemented, but there’s barely any evidence of the two most intriguing features at the bottom. Realistic medieval crafting is promised, along with an environment that responds to human habitation, but don’t expect either right now.

Crafting never gets more novel than gathering items and combining them to make a new item, much in the way that you’d expect from a game with a completely standard crafting system. I mean, I’m sure that medieval carpenters did use planks of wood to make tables, but clicking on a plank of wood, hitting the craft button and then doing the same for a table is not “realistic medieval construction and craft techniques”.

Similarly, the environmental stuff has been a bit overblown. It sounds like Seeds of Resilience takes the fleeting resources aspect of survival management games and adds in a reactive environment, so you have to walk the line between looking after your survivors and looking after the island. Instead, it removes the threat entirely. Food and wood, the two most important resources, are effectively infinite, and you’d need to make a concerted effort to make any dent in the ecosystem. 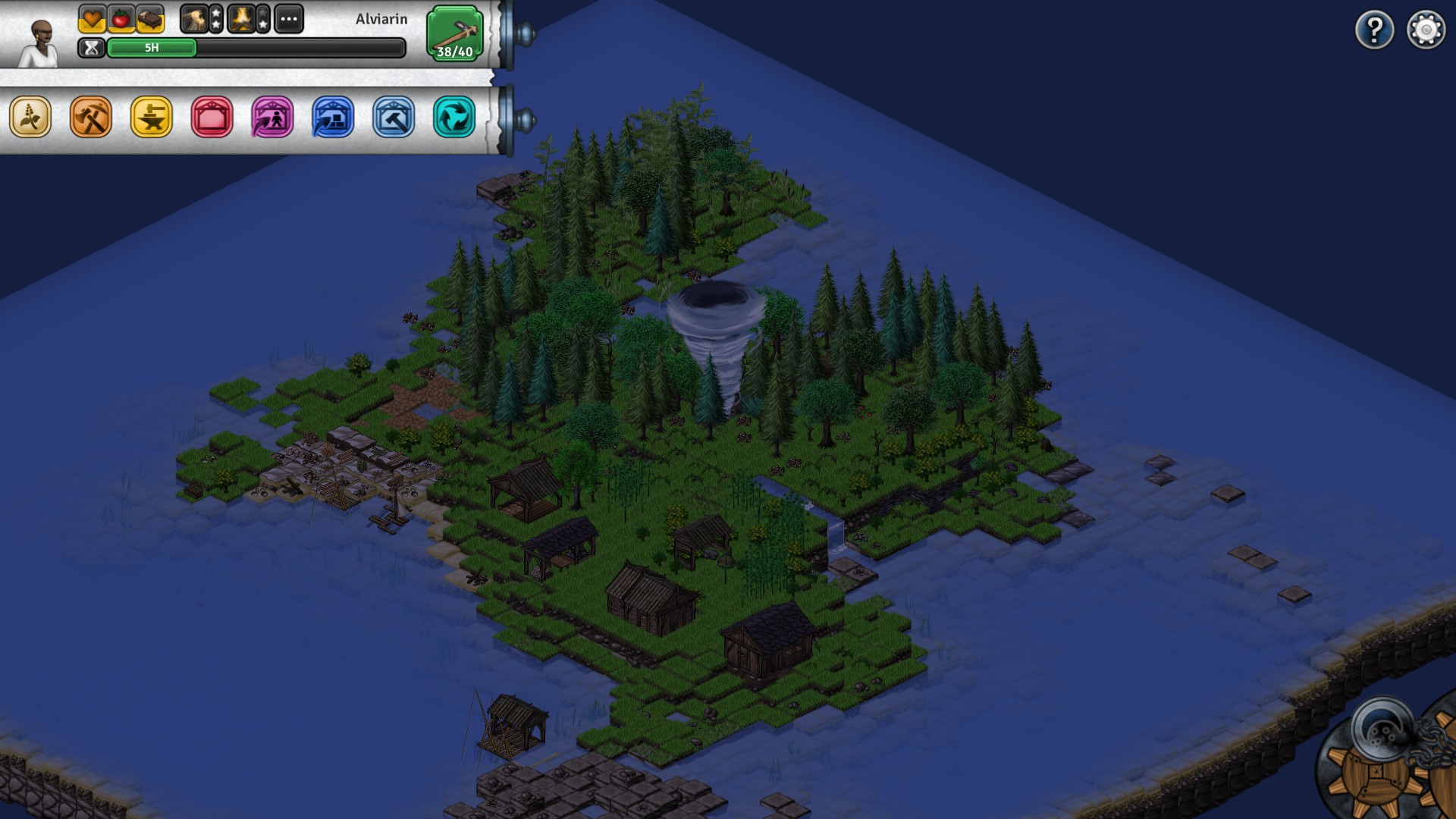 Seeds of Resilience isn’t much more than its crafting system right now, and it’s a very slight crafting system. Quarries and mines are coming, but inevitably they’ll just lead to nicer houses. It’s just more stuff to build, anyway. The game is in desperate need of a beefier crafting and construction list, certainly, but more than that it needs to find its purpose, or a hook of any kind. There’s nothing to latch onto, and no moment where everything clicks and it becomes clear where the game is heading.

In the same post that introduced the upcoming mining update, the campaign was cancelled. The focus, instead, will be put on improving the UI and user experience, along with adding some “late game content”. I’m not sure it really has a late game, though, so I can’t imagine what that content might be. Your priorities never really change, and there’s no sense that your colony’s development is split into discrete phases. Seeds of Resilience doesn’t get past the early game objective: set up a colony. It’s not just missing late game content, it’s missing everything that happens after you’re ready to take the training wheels off.

With the crafting list exhausted, I ended my turn, over and over, letting time pass. A tornado appeared, but my sturdy buildings were fine. I kept clicking. The once bloated food stores had started to dwindle, but I wouldn’t let anyone go fishing. Another turn ended, and another and then a raft appeared on the horizon. “No! Go Away!” I shouted, but they landed anyway. I refused to house them. A few more turns and all the food had been scoffed. The first deaths were instant. Another turn and half of the survivors were dead. Within another everyone was gone.