Australia seems like one of those mythical places everyone agrees exists, but I have seen little to no evidence either supporting or discrediting this claim. My Australian friends are ephemeral beings, constantly on flights which last upwards of fifteen hours. Where are they going? I hope they're happy there, wherever they are.

Firmly in the pro-Australia camp is The Freeplay Independent Games Festival. "Australia's longest-running and largest independent games festival," according to its website. Whether or not Australia is real, the games Australians make are good. Here are the games up for the 2019 Micro-Game award this weekend -- all free, and ready to play. Perhaps together we can come to a final agreement on Australia once and for all.

The Interlude by Crawlspace Studio 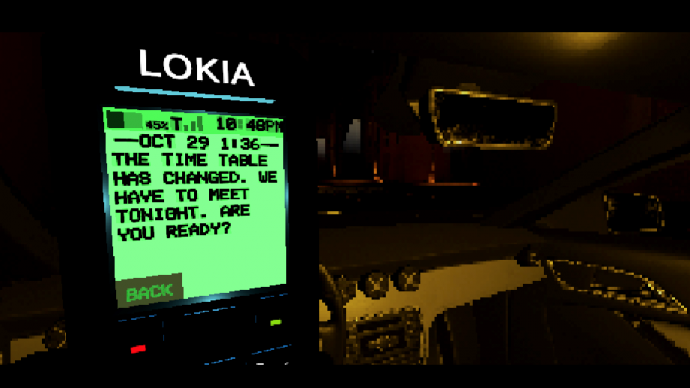 The Interlude is a "realtime first-person antithriller," and it has me on the edge of my seat. The person I'm waiting for is late. This is a common occurrence for me -- I like to be early so I can get the lay of the land. Such is the case in The Interlude, where you are waiting for... someone important. And if they're late? You may have to run. But in the meantime, why don't you play a game of Snake or two on your phone?

The Interlude reminds me of some of the best bits of Brendon Chung's games -- looking at what happens in between the action. I'm sure that the ladies of Oceans Eleven spent more than a few minutes on their phones, killing time. Crawlspace Studios is David Cribb & Elijah Cauley, and if you want to read more about The Interlude, Jay also wrote about it.

_________ (What Even Is That Thing?) (or "9 underscores") is a clever puzzler where you must call forth the button-masher you had inside you all along. Through keyboard-spamming, you start to form little silhouettes of discarded letters. Then, once the figures are clear enough, you type the thing you see.

Let me warn you: these rules make the game sound easier than it is. The Itch page suggests its button-mashing mechanic is a great way to work out some frustration, but I've also found it adds to my frustration in almost equal measure. 9 underscores takes a tongue-in-cheek approach, and you gotta respect that.

Novena, from Melbourne-based developer Cecile Richard, is a poem. They make this clear in each corner of the game's Itch page, and in each pixel of this short Bitsy-made ode to the ocean. In Novena, you have heard that the ocean will grant wishes. And so, you walk to the ocean. But, of course, you shouldn't believe everything you hear. The ocean is tired, sad, and doesn't give out wishes anymore.

Novena is a short game - five to ten minutes long - but it sure manages to pack a punch. With affecting music from Brambles, the game (if you want to call it that over a poem) tells a story of perseverance, significant loss, and rediscovery.

A Month to Look at the Moon by Lenny Magner

A Month to Look at the Moon is a love story and I appreciate this, because I am in love with the moon. In Magner's game, however, the moon serves as an impediment. You are Sweetheart, an employee of the Lunar Observation Department, and have been sent away for a month to (you guessed it) look at the moon. During that month, which only lasts a few in-game nights, you receive letters from your beau back home. They miss you, and don't quite know what to do without you. At the same time, your inbox fills receive curt instructions from your employer letting you know what lunar and celestial phenomena to keep watch for.

I am no stranger to the crushing minutiae of a long-distance relationship, turning to the menial tasks of administrative work to get you through the days. Each pan of the telescope, every page turned, book read, lunar notation marked, is a step in the right direction.

I'm Shirtless in This One by Hien Pham 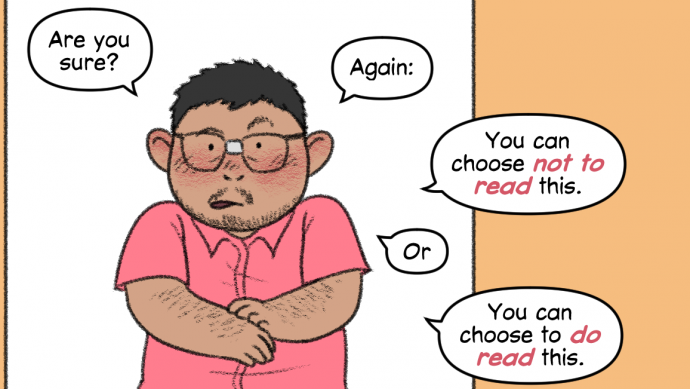 Developer Hien Pham hadn't gone swimming for the five years he'd been living in Australia, as he writes in the description of this game, part interactive non-fiction and part autobiographical comic. It was made as an attempt to talk about body image issues. Pham writes eloquently about being at odds with his own body - full-figured, creased, brown - despite knowing that he loved who he was.

The game is a wonderful look at how it can be difficult to love the body you're given. Pham notes that as a cis queer man of colour without body or gender dysphoria, his experiences might be different from others. More than that, he says that loving his body isn't a stepping stone to loving others. "You can learn how to do loving things to yourself through the ways you love others," he says. I really like to think of loving oneself as an active experience. Loving is doing loving.