Greetings from Terminal 2 of the Los Angeles International Airport! I'm seated in one of the ubiquitous hybrid chair/benches which grace all airport terminals across our great planet gearing up for a ten-and-a-half hour flight. Hooray! Like many people, the thing I love most in the world is shuffling into a gigantic airborne tube with numerous strangers for an extended period of time. (Bonus: I hear they recycle the air. Eco-conscious!)

As much as I love Terror Tubes (airplanes) you gotta give it to 'em: there's something magical about sitting down in Los Angeles and getting back up and out again in London. The way that space has been utterly folded in upon by air travel has become mind-bogglingly routine, such as to be made mundane. I have dear friends across a continent and an ocean, so far away (a seven-to-eight-hour time difference -- please send lotto numbers) and YET. As the little singing cherubim of the Disneyland Resort and Park have told me numerous times: "It's a small world, after all." Take that, gravity!

Here are some games which explore this week's March Opposites, near and far, through the avenues of travel, home, and too-close love. 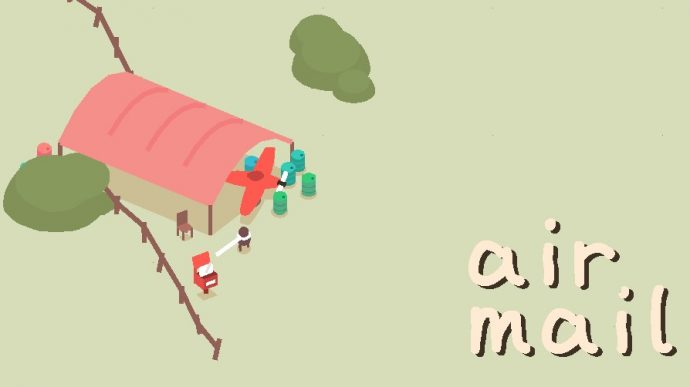 As a dedicated aerial postal worker, I will go to any length to see that the mail is delivered. It is my job to endure! Neither snow nor rain nor heat nor gloom of night will stay this courier from the swift completion of their appointed rounds! In Air Mail, you are a tiny little pilot who flies a tiny little plane so that you can -- as you might have guessed -- deliver the mail to other little tiny people, each of whom is marked by colourful little scarves. Rubna, the dev behind Air Mail, works with the game collective sokpop now, so if the aesthetic stylings and general feel seem familiar... they are! Air Mail is fun and sweet -- a little bit of the sky for you.

A Woof Way Home from Hatita 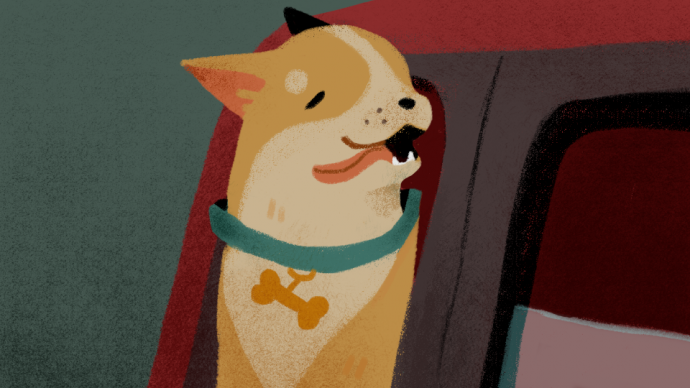 Hmm. Okay. So. Listen. In A Woof Way Home you are a chubby dog who loves to eat and is tragically lost. It is your job to assume the role of this dog, Karl, and get him home safely using the power of smells. But be careful!!! If Karl gets too hungry, he will be far too distracted to focus on the task at hand and must eat. I feel this way... constantly. I have never seen Homeward Bound, which I hear is a classic, but I assume that this is what happened in this much-beloved childhood film.

There's so much to love about this little game, and I really do recommend that you give it a play. The simplicity is admirable, which is to say that the game knows what it is about, and it is about a HUNGRY DOG. I've yet to figure out how to actually get the dog home, but I'll tell you this for free: he will never want for sausages ever again.

I have no interest in space. It seems too hard and cold, very far away from anything soft. I understand the inspiring ambitions of "the final frontier," and I'm all for that NASA rocket that's going to touch the sun, but leave me out of it. I get a sense of this same peculiar reticence in Freya C.'s Zeta Station Has Gone Quiet, as you traverse a cold and ruined expanse in search of a missing crew. From the game's itch page: "Two weeks ago, Zeta Station ceased all communications without sending any distress call beforehand. Investigative officer Lieutenant Essex is sent to this isolated moon to determine what has happened to the crew."

It's a slow-pace game which takes only a few minutes to play. Keep an eye out for decaying infrastructures and lots and lots of stars.

Here's a game I cannot bring myself to play. That's weird, huh? It's my job to play games, but I'm going to admit to this crime: the idea of running Lawheads RUNONCE seems a bit too heartbreaking to play in an airport, and I only get one shot. Much like Lawhead's other work, RUNONCE plays with the very material of the game's files and uses your desktop as its playground. In RUNONCE, you get to download an "existential desktop friend that knows you have doomed it by running it. You can only run it once, and then never again. Be a friend while they are here. Whatever you save will be all that remains." It's... heavy. Getting the one chance to play something isn't entirely new to the world of games -- gamers use "permadeath" to talk about it fairly often -- but I appreciate Lawhead's thought and transparency, and her openness in her artist's statement.

Lawhead mentions in her commentary that there was an option to make a "resurrection kit," available to purchase. Effectively, one could reverse the death of their friend by moving a little cash along. Lawhead says that while she was tempted -- "It’s a proper level of cruel," she ultimately decided that she liked "the permanence of death, so this isn’t going to happen." If the game interests you, you can read about resident RPSer Jay Castello's thoughts on the game here. For me, I love this approach to closeness: a friend to whom you must relay difficult truths (a foothold of intimacy, in my opinion) before never seeing them again. Maybe I'll work up the courage eventually. But not in an airport.