Here are some free games about Santa, his friends, and all those things which may or may not accompany him on his jolly midnight ride.

A long time ago, in a pole far far away, a man donned a red suit with a solitary mission: to deliver presents to all children who had been GOOD. But what happens when that man falls? Who amongst us can pick up the mantel? Enter the SANTA CORPS, those brave souls who assume a role of leadership and cheer when times are tight, and chimneys need infiltrating. SANTA CORPS: Moonlight Tango follows these individuals (you) in an impossibly nimble sleigh as it soars across procedurally generated cityscapes.

Virtuoso Neomedia's Santa Sim came out all the way back in 2017, but it's new to me this season. The game's controls can take a bit of getting used to, but gosh is it fun to swivel and swirl Santa's sleigh into omnidirectional escapades. There's no real goal except to shuffle through evergreens, thereby turning them into well decorated symbols of good cheer, and to aim yourself down narrow chimney chutes. A hint from me to you is that you can use your flying reindeer as a kind of ship's plank to guide you into the chimney's below. 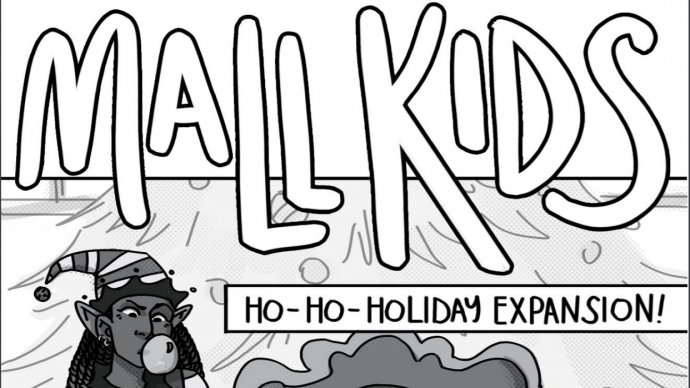 What is more Christmas than Mall Christmas? The twisting labyrinth of shops and teen angst transforms almost overnight (and always jarringly early) into a winter wonderland bedecked in fairy lights and churning carol-pop out of tin can speakers. Matthew Gravelyn's TTRPG about teens who work at the mall, Mall Kids, gets the seasonal treatment with some special holiday scenarios in this free expansion.

Mall Kids' base game follows the beats of a typical workday, with breaks to kick it with your friends and to try and stick it to The Man. In balancing those two powerful entities, Mall Kids follows Honey Heist's model of limiting players to two stats: Corp and Cred. This holiday version adds twists like "Santa is missing!" and "Oh no, there's a runaway sleigh!" There's even an adjustment for playing with a dreidel instead of dice.

(note: the Mall Kids base game is $5, while the expansion is free. Each purchase of the base game pops a free PDF into the community bucket for those who need it. If you don't have the game yet, you can pay it forward this holiday season or claim a free version!) 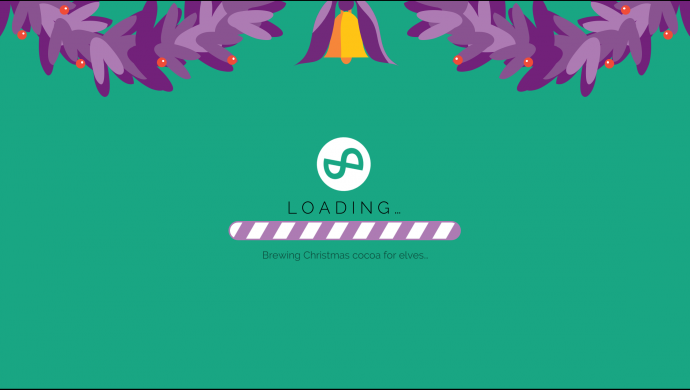 Points for something I have never seen before: a game made entirely in PowerPoint. Doubling down in the category, "things I have never seen before," Santa Saves Synapcity was made by a Sydney-based graphic design firm who specialise in "bespoke, stunning presentations, animated videos and printed collateral" for the PowerPoint Game Jam. I have seen plenty of terrible marketing campaign games being pushed by companies who aren't quite sure what "video games" are, but rarely are they as slick as this one.

Santa Saves Synapcity is a PowerPoint game where you must aid Santa in the completion of three tasks: collecting presents, hopping over chimneys, and sneaking past security systems. Here is where I will warn you: this game is Nintendo-level hard. Those hitboxes are small. The chimneys need a wide berth. I have no idea how to successfully navigate my mouse past the hair-trigger security hallway walls. However, Santa Saves Synapcity is so charming and clean that I can't help but keep playing. Oh, and I'll surely be hiring Synapsis Creative for all my future bespoke creative presentation needs. 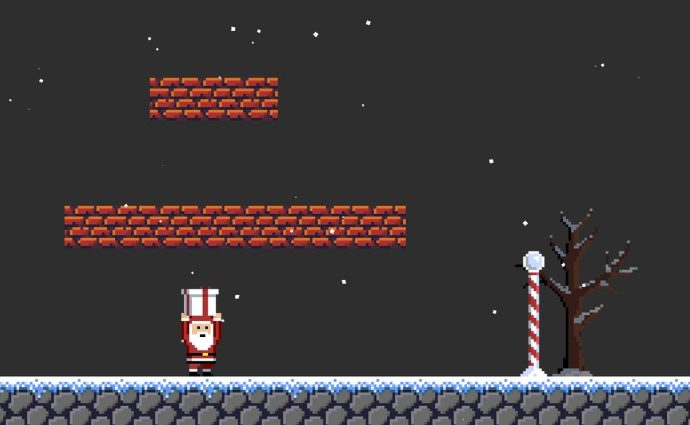 Santa Must Make a Delivery is a classic premise for many Christmas and Christmas-adjacent games. I'll be honest: I don't know if "man makes a delivery" has enough substance to make for a very solid video game. In Santa's Delivery, however, Andrei Mulberg has gone for the route of extremely clever platformer. Using checkpoint manipulation, Santa must jump and dodge past obstacles all whilst escorting his precious present to safety. I'm terrible at platformers, but Mulberg managed to make the puzzley bits satisfying enough that I was willing to jump onto thin poles and across terrifying leaps well past my usual platformer threshhold. I'm sure if you're better at jumpy games than I am, you'll find Santa's Delivery to be a solid ten-minute play and joy!

häst from A Grape Design 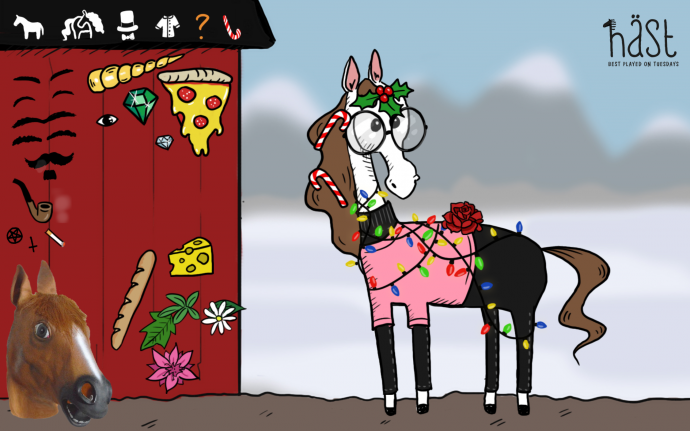 Swedish for "horse," häst is a fairly standard horse dress-up game. You know the type -- from all those horse dress-up games you played as a kid? I have included it here because it is extremely fun to dress up a horse for Christmas, but please do not limit yourself to Christmas horses on my account.