I've been thinking a lot about "weird games" lately. When folks call things weird it seems to be a shortcut for saying, "this is different from what I usually experience, and was, therefore, unexpected." Sometimes it is dismissive, sometimes it is contentious, sometimes 'weird' is worn as a badge of honour.

In a past life, I considered myself an art historian (this is because I got a master's degree in art history, so I guess we could say that past life is this life, but let's not make it weird) and my favourite works were always the ones that seemed to make other people uncomfortable or got dismissed as "not art, surely." I don't say this to be smugly contrarian, revelling in how singularly unique and misunderstood I am (Todd Phillips: call me), but to give a bit of background into my understanding of what tends to get classified as "weird." Suffice to say, my parents hate going to art museums with me.

I promise not to talk to you about Carolee Schneemann or Sherree Rose, but I will recommend some games on itch.io for you.

Walking simulators must be the top contenders of "not really a game" criticism. Whether it's the brilliant Kitty Horrorshow's Anatomy and The Haunted Cities series, or Sacramento or Proteus, Walking Simulators rise to the top of contention for "weird games." (Side note: check this fab convo between Alice O and Pip on what is/is not/might be a walking simulator.)

2:22 only bears the following description: "An experience. Play alone. Play at night." The ReadMe gives a small preview into the experience with its list of assets: "static" "hiss pop collection" "music box: lullaby" and "stone dragging sound" are listed alongside "vegetable chop" and "boop". The game itself is a series of vignettes which, altogether, span the length of around 15 - 20 minutes. The game is tagged as a walking simulator, but I'd also consider it an ambient experience game. It doesn't ask much of you but to sit there, to walk around, to collect baubles into a mug. Occasionally, it will insert footage of some mundane task (boiling a kettle) or place (a subway platform, at night). I get the pervasive feeling of being a child and falling asleep in front of the television, only to be woken up by an infomercial at some unknowable hour in the morning. 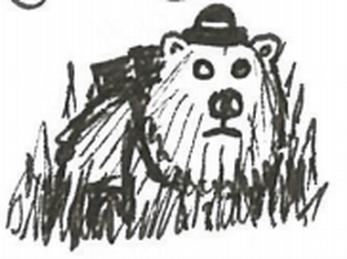 Have you played any of Grant Howett's one-shot RPGs? They're delightfully irreverent, sometimes-serious, always well-designed takes on tabletop role-playing games that you can download and play right now. Howett recently penned the pen-and-paper RPG, Skyfarer, with Christopher Taylor. The TTRPG accompanied the release of Sunless Skies from my friends over at Failbetter Games -- but I think my favourite works of his have been the scrawled-on-the-back-of-a-napkin sort, like Honey Heist.

In Honey Heist, "you are a criminal bear with two stats: CRIMINAL and BEAR." You use dice to decide on your various criminal/bear characteristics (true to life, I rolled rookie/hacker/sun bear) and must work to execute the greatest heist of honey the world has ever seen. You're not a particularly clever, talking bear -- more of the grumbling and stumbling type who can barely manage human speech. You know the sort. Can you pull off the heist? You have a 50/50 chance for most encounters, so it's really quite a gamble. I'm here to cheer you on to sweet, sweet, victory.

Just Tell Me How You Feel from Kara Stone

I think that feelings are some of the weirdest things in the world. There are few things so affecting, and so indescribable, as a truly powerful feeling. I often struggle to accurately convey to others what I am feeling -- usually only able to say how I am feeling it: "I'm so angry that I can't even think straight." "I'm really stressed out, I have such a headache." "I'm feeling really happy, like I'm walking on air."

In this Twine game, "Just tell me how you feel," Kara Stone conveys these similar frustrations in trying to talk to others about what they feel. The words are suspended in static, a soft and almost illegible script. "I don't know how to put it into words," they say. "I'm overreacting." Feelings can difficult, uncomfortable, sticky, and embodied things. Sometimes our bodies tell us what we are feeling before we can even put a name to it. "I can already tell," writes Stone. "Your body drips with it."

No Stars, Only Constellations from Robert Yang 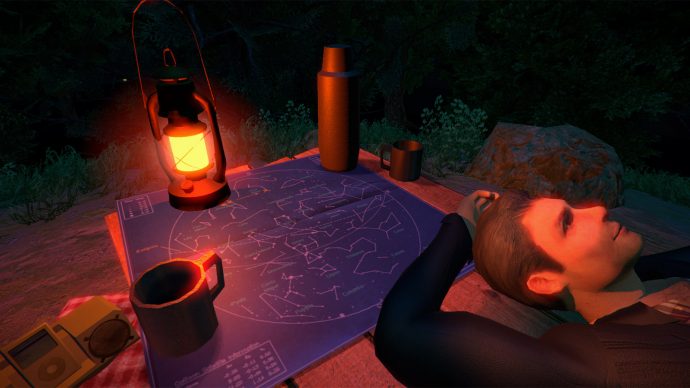 I think I like weird games because they force me to sit with what makes me uncomfortable. Why do I think this is weird? Why might another person think this sits outside the norm? What does it say about the "normal" experience of playing a video game, that this might exist on the periphery? If a game glitches out, can I read it generously into an overall positive weirdness? When sourcing games for this piece, I was continually drawn to games with screen tear, games which purported to be inspired by VHS tapes and CRTVs, single-page GM-less experimental RPGs, and games about feelings (queer feelings, most likely).

In No Stars, Only Constellations you piece stars together into constellations, and doing so carries the story along. I think Yang's game is about a breakup, or heartbreak, or remembering a past relationship as it ends. But I never managed to get it that far -- the game glitched just as I was piecing together a constellation, putting the game and its narrative into stasis. It was still a nice night to stargaze. I hear the sex was pretty good, too.