My dad isn't like most dads. There are many things about him which make him unique, but perhaps none so idiosyncratic as this: the man really, really, really loves Calvin Coolidge, 30th President of the United States. I'm not sure how many children have been taken on car trips to Coolidge's homestead in rural Vermont (where, fun fact, Coolidge was sworn in as president following the death of President Harding), but I bet we'd make for a pretty odd club.

The reason I bring up my dad and Calvin Coolidge at all is that the screen saver for my dad's computer (or at least, as I last remember it) is a Calvin Coolidge quote about persistence and always has been. The words bounce back and forth on the screen: "Nothing in the world can take the place of persistence." And so, I find myself thinking a lot about Coolidge's perspective on persistence lately; that it will be the only thing to carry us through times of uncertainty and hardship. I dunno you guys, but I'm pouring one out for Calvin and my dad this week.

Here are some games about persistence. 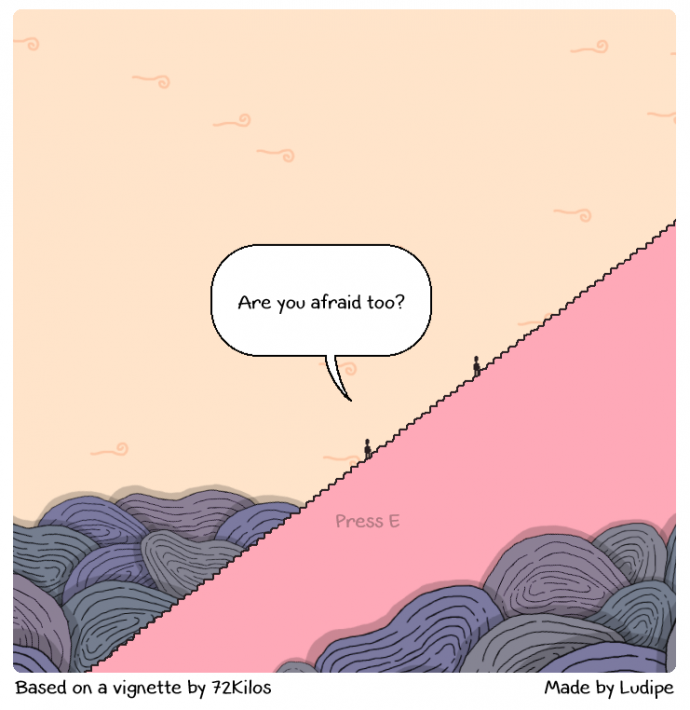 Constancia is a good, straightforward example of persistence being put to poignant use. The aim of the game is to climb up a mountain -- a common theme in many persistence metaphors. You and another character (a guide, perhaps?) slog your way up and up and up ad infinitum, so long as you keep typing out the letters P-E-R-S-E-V-E-R-A-N-C-E. Frankly, this is harder than it looks because perseverance is one of those words I have always managed to spell wrong and I couldn't help but wonder if the game would have been easier had I simply played it en Español where the word is simpler. Still, I persevered. P-E-R-S-E-V-E-R-A-N-C-E. Over and over again, until it became and kind of rhythmic zen-like movement. As you climb, the two characters offer insights on the mountain and the nature of perseverance. It's a good five-minute play, and might even help to inspire a little perseverance of your own.

A Good Gardener by Turnfollow 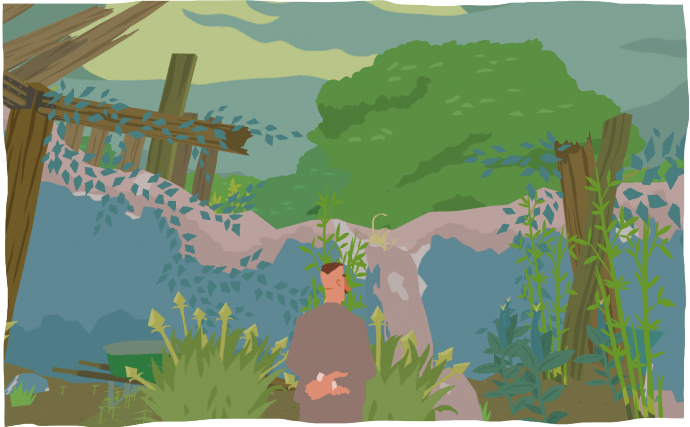 Have you played A Good Gardener yet? The game initially came out back in 2015 or so, though has only recently been made free. The studio behind the game, Turnfollow, has made a few games you might recognise: Little Party, Packing Up the Rest of Your Stuff on the Last Day at Your Old Apartment, and Wide Ocean Big Jacket (one of my Game of the Year contenders, hands down) to name a few. I have been meaning to play A Good Gardener for some time now, and now is as good a time as any.

A Good Gardener is "a game in which you are charged with growing plants for your nation's war-effort." Effectively, you are taking care of a garden. You plant seeds and water them daily. Some days your water runs out, and the seeds that come in are variable. As soon as your plants are ready to harvest, some feckless red-cheeked bureaucrat types come and take away your plants for the front-lines. It is a slow game. Painstaking, even. It took me about ten days or so to realise that I could look up and down, and so I spent all that time with one single tree. So it goes. Eventually, I figured it out: You get thirty waters per watering can fill, so make them count. Occasionally, you will be visited by The Bureaucrat, who will give you news from the outside. There's not much to say. You will be given meaningless medals and empty platitudes to thank you for your sacrifice. The Bureaucrat will tell you about his problems and thank you for being a good listener. It's all just biding your time, waiting it out, and spending a bit of time with the plants until the war is over. Right?

all things equal i would prefer it if we were safe & lonely instead of together & afraid but i cannot deny that it is hard; or: a solitary spacecraft. by Dante Douglas 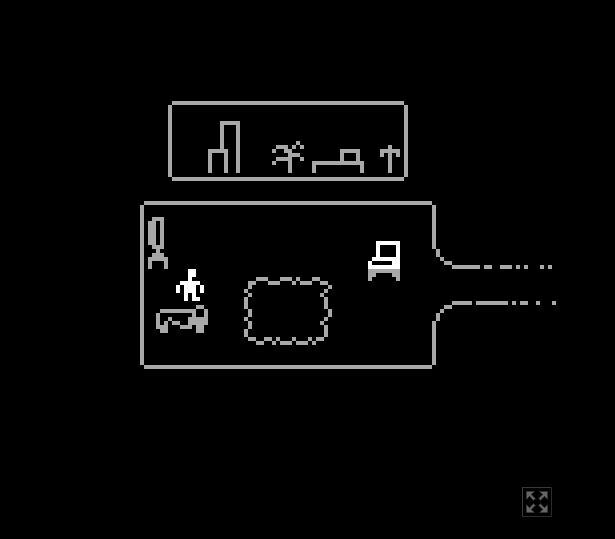 This poetry game/quarantine diary from Dante Douglas with a very long name is a touching reflection on spending one's time in lockdown. I feel like I have seen so many think-pieces and op-eds and Medium posts about what we should be doing with our quarantine time, or what people are losing during their time at home, or any of the myriad of difficult and uncomfortable circumstances by which someone might not be able to stay home. I feel like I've seen so many, and yet, none of them have resonated with me -- too often they're preachy or overwrought or (fittingly) miserable. All of this is a roundabout way of saying: I don't feel that way about this game. A small Bitsy diary, ATEIWPIIWWSALIOTAGBICDTIIH; or: a solitary spacecraft (phew) manages to reflect my own experiences in quarantine back at me in a way that lands with honesty. Perhaps it is that my situation and Douglas' semi-autobiographical sprite's are so similar: we live alone, our jobs are relatively secure, we talk daily with friends or family, and we worry endlessly about the global implications of almost every little thing. The game is bite-size enough not to make me miserable, and well-written enough to make me want to play it again. And I think that's about the best thing I can say right now for an honest game set in quarantine. 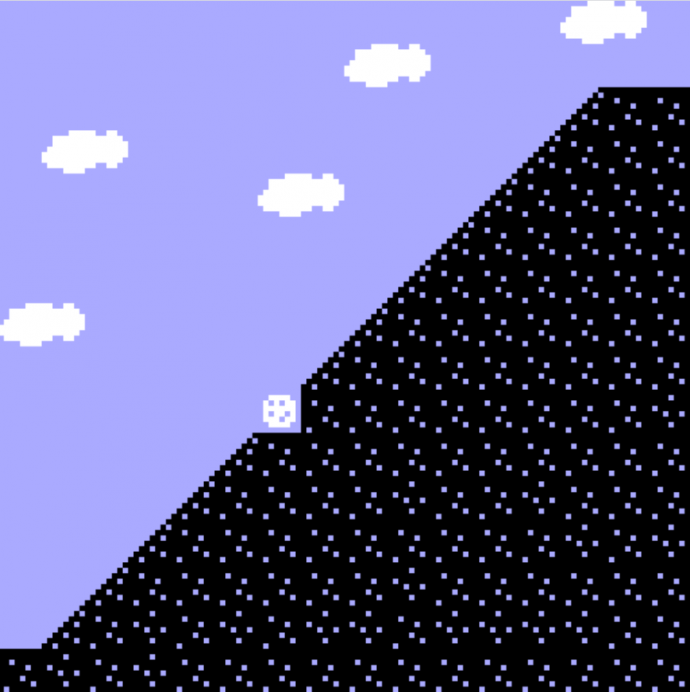 It's always a good time to revisit a classic.