I was talking to a friend of mine recently, who told me that quarantine is full of "bad days and medium days." I think that's a pretty glass-half-full way of looking at it: aim any higher, and you'll be disappointed. Shoot for medium, and you might be pleasantly surprised. I hope your quarantine is averaging out to medium, and you're pullin' through.

Here, for your medium (or more) enjoyment, is your weekly dose of free games. It's a collection of games about magic, the magically real, and the mundane for when you need a little extra. 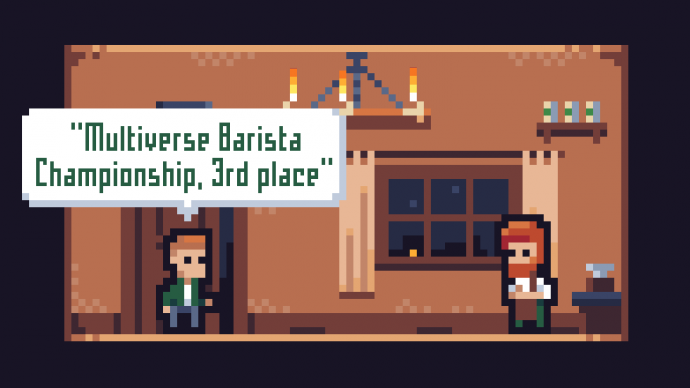 I'm a big Watabou fan -- the mind behind some of my favourite thing-generators, like Winter Trees, Procgen Tarot, and One-Page Dungeon. Full Moon Coffee is a deviation from what is overwise a collection of (majority) procedural generators; a small adventure game, telling the story of an accidental summoning. You assume the role of the accidentally summoned, a regular dude just trying to go about his day. It's up to you to fuel the wizard what summoned you with enough caffeine to jog his noggin' so he can set things right.

The game is a quick play -- five minutes, tops -- and the punchline is too good to keep this one off your list.

The world had been sad since Tuesday from Fred Bednarski 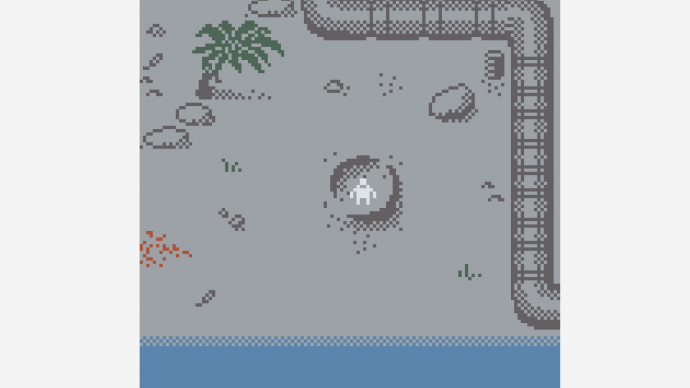 I don't often come across Bitsy game adaptations of Gabriel Garcia Marquez short stories. Much like video game adaptations of Italian autonomist feminist thinker, Silvia Federici, they're few and far between. The Bitsy market is already full of some of the best writing and design out there, so to see Bitsy combo'd with one of the defining writers from the school of magical realism is a treat. Bednarski's adaptation is a fairly faithful rendition of the Marquez short story, A Very Old Man With Enormous Wings. The story involves the titular old man (and his very enormous wings) as a town struggles to come to terms with whether or not they have an angel in their midst. Among many other clever, nuanced, magically-real things. The Bitsy adaptation is a love letter to the tale; well written and soundtracked. If you're itching for an echo of Marquez, give it a spin.

The game was originally submitted for a Bitsy game jam way back in 2018 -- you can check out the other games here. 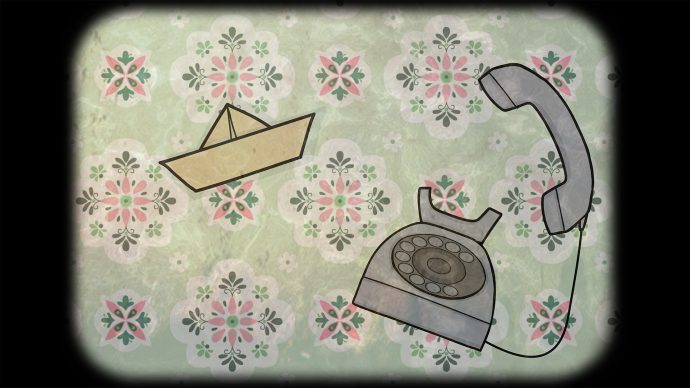 I played my first Rusty Lake game on a train to Scotland in 2015 or 2016. My memory is so terrible that I can't recall which game it was exactly, or even whether I played it on my phone or my laptop. But I remember the vaguely juvenile, sometimes shocking, ultimately charming atmosphere of the game with crystal clarity. The Rusty Lake folks are behind a series of widely-celebrated escape the room games, and they've re-released one of their first games to celebrate the studio's fifth anniversary. Well done, Rusty Lake folks!

Samsara Room is a lovely, clever marriage of all there is to love about the escape the room genre. I do not say this lightly: I played all the classics back in my day, the heady heyday of room escaping. Crimson Room, anybody? These days, of course, the world is saturated with so many room escapes (both online and IRL) that it can be difficult to remember what it felt like when the world was young. I played the game all the way through, with an increasingly feverish determination. There are, of course, the Rusty Lake throughlines: slightly-to-definitely unsettling imagery and satisfying puzzling chief among them. I don't know if it's because the game's origins hail back to the tail-end of the escape room renaissance or if its remaster is just good enough to make me feel like it's 2008 Newgrounds again. Either way, it's worth a play in its 2020 iteration. Go on, then. Grab a pen and paper and start jotting down symbols and clues. 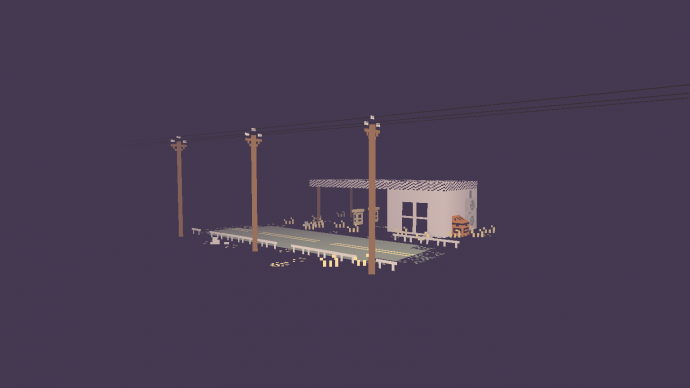 I didn't know what a three-dimensional Bitsy game was going to look like, but I think this is it. Have a stumble in the caves.