If you click on a link and make a purchase we may receive a small commission. Read our editorial policy.
Developer: Double Fine Productions
Publisher: Bandai Namco Entertainment

Wot do I think? I think the return of words like "rad", "tubular", and "bodacious" are less welcome echoes of the 1980s than the returning threat of nuclear Armageddon, for a start. As such, it's with a particularly glowering eye that I turn to RAD, Double Fine's new action game about bashing mutants in the face (or face-like area), whose title is pretty indicative of its attitude towards words like that.

RAD is about plucky teenagers, braving the ruins of the ruins of civilisation to clonk monsters and reactivate ancient machines for the vague benefit of their fellow survivors. Yes, you read me right - the game's world has suffered two apocalypses, although what could have been an interesting bit of worldbuilding is largely a device for shoehorning in the aforementioned 1980s, alongside more advanced technology.

Its standout feature is its set of mutations, which are RAD's approximation of levelling up. Absorb enough 'rads' from the nasties in the ruins, and you'll mutate yourself, gaining some new power or attack, completely at random. Get yourself killed and you, well, die. Yes, it's got Roguelike Fever, because of course it has. 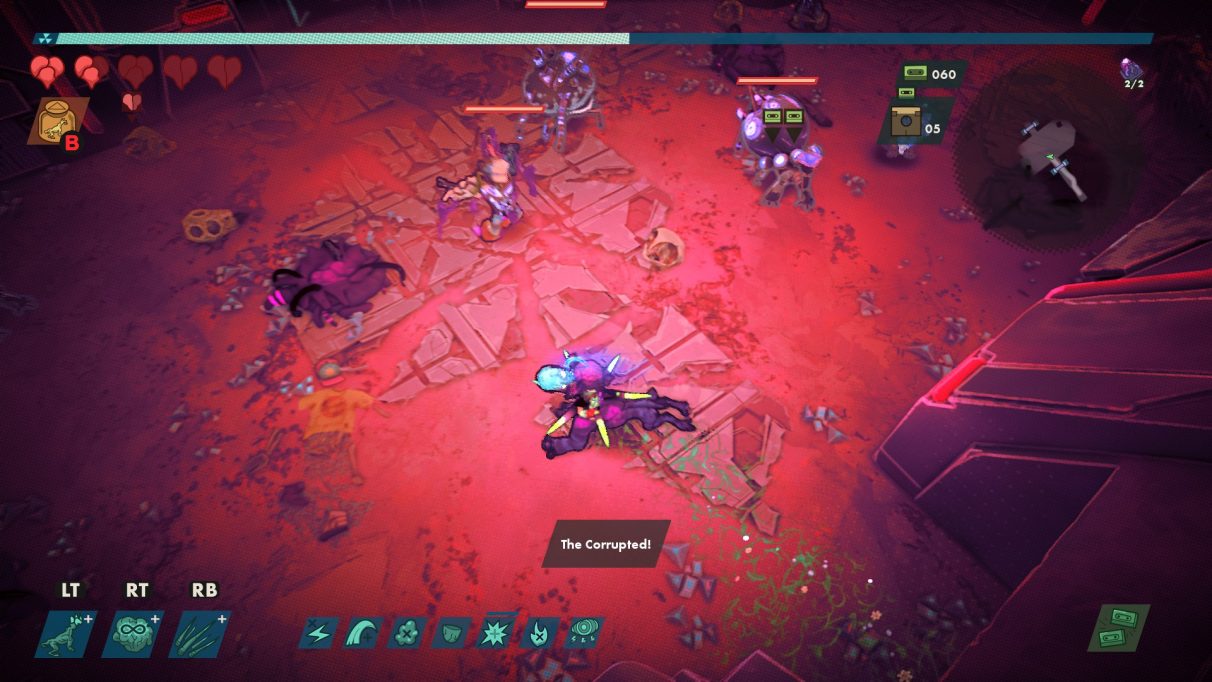 So is this where I say that, despite being built on things I'm getting a tiny bit tired of, I love RAD. Right?

I wouldn't go that far. I disliked it at first. But I've gradually warmed to it, as I've got better at fighting its beasts and unlocking more of its toys. RAD is what it is.

And to its credit, it certainly has an identity. I may be a bit sick of neon and synthwave and "old school gaming" references, but I acknowledge that if you're going to do them, you might as well do them well, or at least with conviction. And my goodness, is RAD going all in on The Aesthetic. You know the one. The only look and sound that existed between 1980 and 1989, according to the entire games industry all of a sudden. Honestly, it's like developers are either too young to know how awful that decade was, or so old they're retreating to badly edited memories in a mid-life panic.

Please, games. The 1980s were bad. They were superbad. Their badness stretched way beyond a single look or set of sounds. If we have to endlessly revisit the 1980s, could we at least revisit a different part of the decade now and then? It was the golden age of hip hop, for a start.

But fine, whatever. I'll accept it. And with the exception of one or two insipid backing tracks, the booming of obnoxious buzzwords by a character called the Elder, and the weapon that makes a Pac-Man sound with every hit (I quit that run within about a minute), RAD transcends its period trappings through great art direction. It's gorgeous. When you pause the game, it rotates the camera round your character, and it looks incredible. Thanks to motion blur, stills have a hard time doing it justice, but here's an example. Indeed, this shot only needs a couple of random monsters added to be a perfect 1980s game cover. 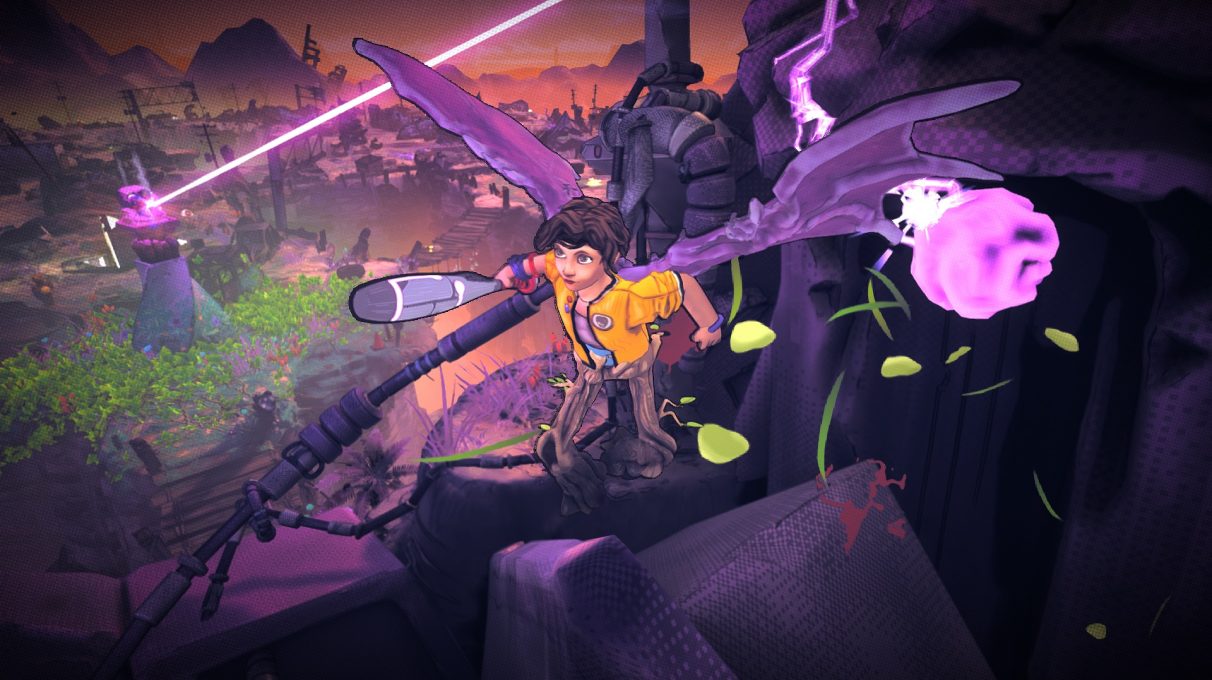 Now for the roguelike aspect. While RAD still falls short of being the roguelike I finally find myself able to fully get into (it must exist), that's mostly because of the extent to which it relies on sheer randomness.

Here's what to expect: You fight through two randomised levels in each region, activating totems to unlock the exits. Mostly, you'll go through a few underground tunnels, and sometimes you'll have the option to unlock caves and bunkers with collectable floppy discs. Bosses appear where you'd expect them to, and more monsters and hazards appear the further through the game you get. It starts with crab things and gloop monsters, progresses through random lightning strikes and mortar-spewing rock beasts, and eventually robots that teleport away after taking damage. There's probably more I've not seen, too.

This is all more than fine. In fact, RAD's levels have grown on me, and I've learned to deal with most of its monsters, their attacks and the timing and movement needed to counter them. It's the randomness of your own abilities where things go a bit wrong. 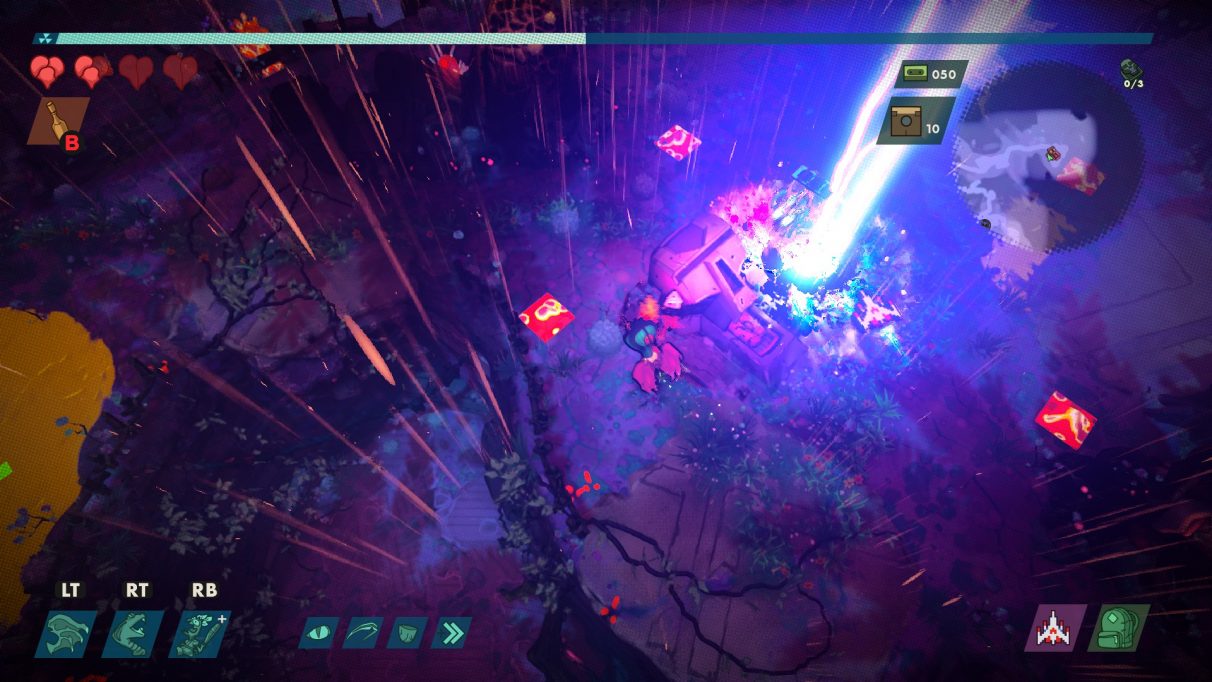 Each mutation warps your body, and at first it's ace: shopkeepers and untainted survivors have an impressive variety of comments to offer on your appearance, and many of the mutations look great. It's fun seeing what warped monstrosity you might become next, and some of the powers are surprisingly generous. Centaur legs grant a dash attack, vampire fangs give precious bonus health. One of my early character grew huge leathery wings, and was actually able to use them. Dodging projectiles and escaping trouble, flipping enemies off cliffs, and flying across otherwise impossible gaps, all given without question? Most games would be far more stingy.

The problem is, you get no choice in anything your character becomes. While you might become a bat-winged killing machine, you might just acquire the ability to fart out gas from lumps on your back, or run slightly faster. One underwhelming power lays eggs that hatch into skittering little horrors that fight for you complete with a copy of your own face. The back-emitted gas cloud is flammable, which adds potential for combos with the fireball arm, but... that means just hoping that you GET the fireball arm, which you probably won't. 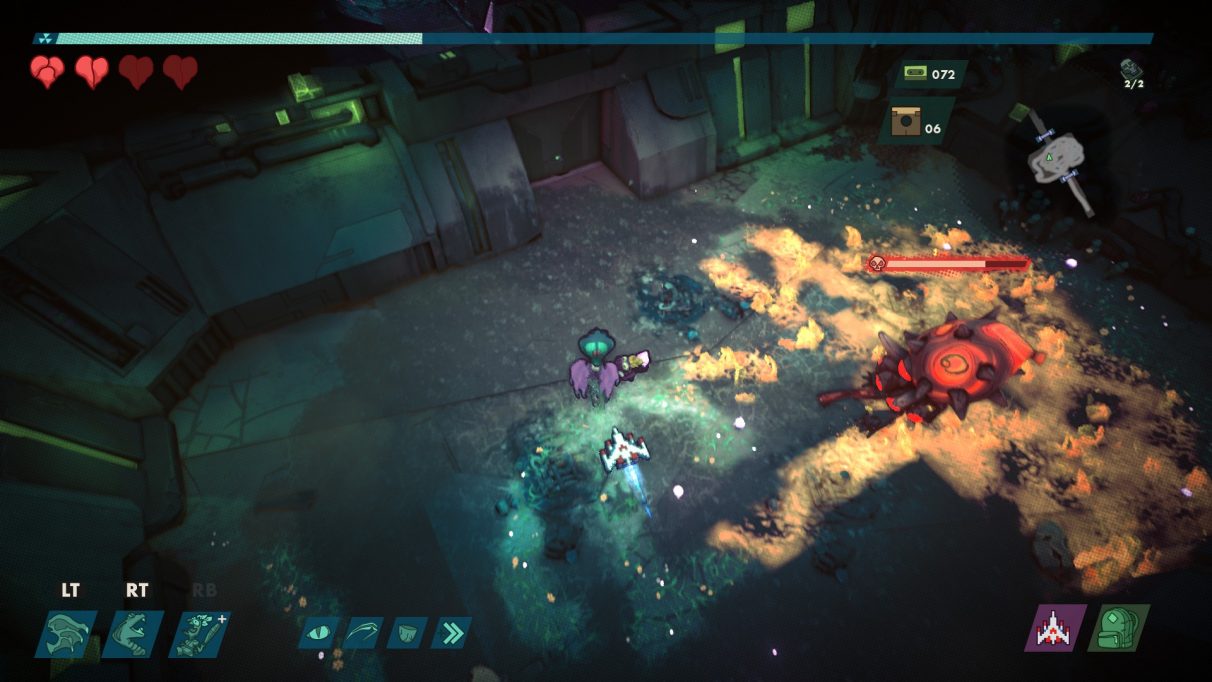 There is a machine later on that lets you swap any mutation for a random new one, but it doesn't really solve the problem of lack of choice (and it takes away health, too. Sigh). There are also upgrades to be had, with some mutations (mind control, for example, which soon becomes almost useless in its starting form) getting way better on levelling them up. But again, you have to hope the upgrades you find match your mutations. More than once, I gained mutations that made my ranged attacks reach further, but no mutations that actually gave me a ranged attack.

And this is what makes RAD's highly random nature so frustrating: it's all or nothing. And because mutations can have such drastic, uncontrollable effects, they punish risk-taking. When I found a machine that looked like the 'instant free mutation' ones I'd used by the dozen earlier, only damaged, smoking, and sinister, I ignored it. I'd seen an item in a shop refer to "removes corrupted mutations", so I assumed this machine was the source of such corruption.

Maybe I was wrong. But why would I have risked it? Why experiment, when it can cost you the last 90 minutes of progress? Why play with weak mutations, hoping they'll get better, instead of just restarting?

I'd like to practice fighting the zappy robots from region three, but to do that I'd have to play through the first two and a half regions again, hoping I get the right mutations, and my self-loathing just doesn't come in that flavour. There are people who'll love that, for sure. But I'm far too aware that one day I will be dead. I've had a great time during several runs of RAD, but it fails the crucial test of the roguelike: when I die, do I feel challenged to improve, or completely deflated? 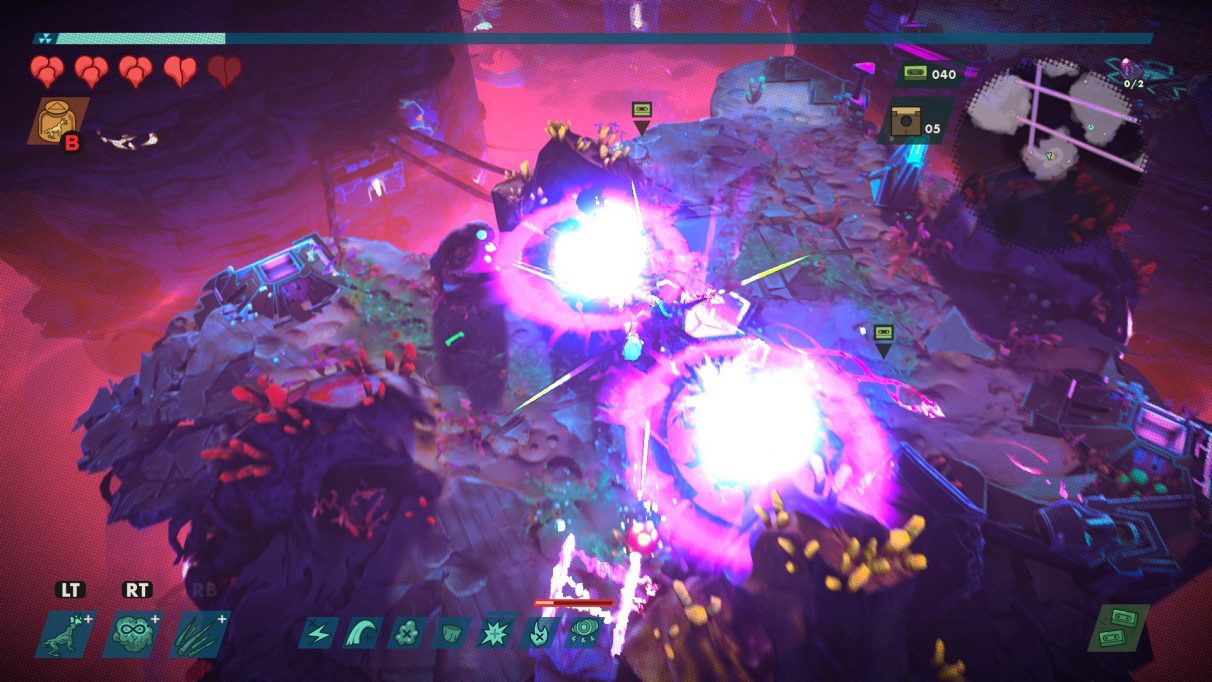 To its credit, runs are never wasted - cumulative attempts will unlock more shop items, weapons and game modes for future characters, and after each level you have the option to bank your money so future characters can withdraw it, or pay on credit. There are lots of secrets, and the possible combinations of mutations available can make runs very different. Enemies are well distinguished from each other, and when things are going well, it feels good to play.

RAD is a good time, and it overcame a lot of my initial reservations. I just wish it wasn't so built on chance, and the all-too-1980s misery of playing through the same parts dozens of times to get to the bits I want.