I started playing RuneScape in April 2006. After weeks of listening to my friends talk about the MMO, I’d finally given in and made an account. Logging in for the first time, I wondered whether it would be as good as they promised. This worry was soon forgotten when I found myself swept away in an exciting wave of sheep-shearing and goblin-fighting. I was hooked. My evenings became consumed with adventuring, hunting down dangerous beasts and crafting bowstrings. I visited the world of Gielinor nearly every day for over five years. By the end of 2011, however, these visits were becoming shorter, until one day I stopped playing completely, prioritising studying instead. But I always planned on returning one day, just to see how RuneScape had developed, and that day came in 2018.

Logging into RuneScape for the first time in over seven years I realised two things. The first was that I couldn’t remember my bank PIN; the second was that the combat system had completely changed.

In 2012, Jagex released the Evolution of Combat, which, as the name suggests, completely reworked the combat system, with the aim of rebalancing the 'combat triangle'. This is the mechanic that determines which combat style holds an advantage over the other: melee is stronger than range, while range has an advantage over magic, which is more powerful than melee. It’s basically the various Pokémon types, but with medieval weaponry and magic spells. One of the biggest changes was the addition of abilities for each of the combat skills – Attack, Magic, Range, etc. 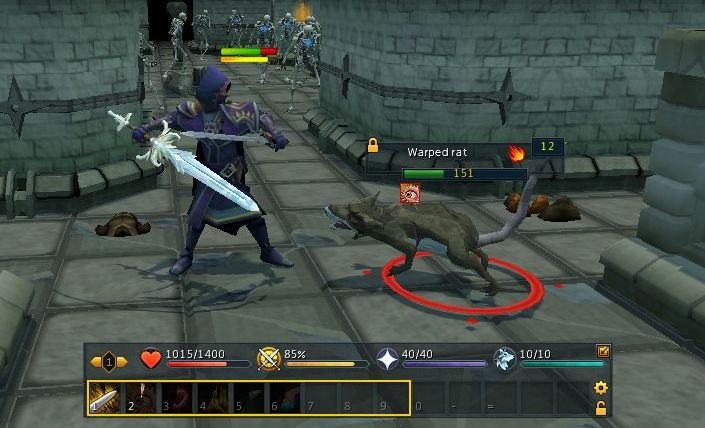 I investigated this, trying out the abilities and experimenting with dual weapons. While I liked some of the changes, like how the adrenaline meter means you have to carefully think about which abilities you want to use, I found I missed the original combat system. Yes, it was simple – you clicked on an enemy and then your avatar auto-attacked, until one of you died – but this simplicity encouraged you to plan strategically for each major battle. Which prayers are you going to use? What potions should you bring? Do you need a familiar? It demonstrated how all the skills were interwoven and necessary.

Changing the combat erased part of the game’s identity, making it similar to other MMORPGs like World of Warcraft, and it feels like Jagex sacrificed part of RuneScape tradition in an attempt to appeal to a wider audience. Players in 2012 thought the same, and campaigned for a return to the auto-attack system. Thankfully, Jagex responded by creating Legacy Mode, which lets you play with both the original combat and old user interface. I always play in Legacy Mode because, while I understand the appeal of the new fighting system, I find that it alienates me from both my early memories of playing and the comfortable familiarity I find in the game. 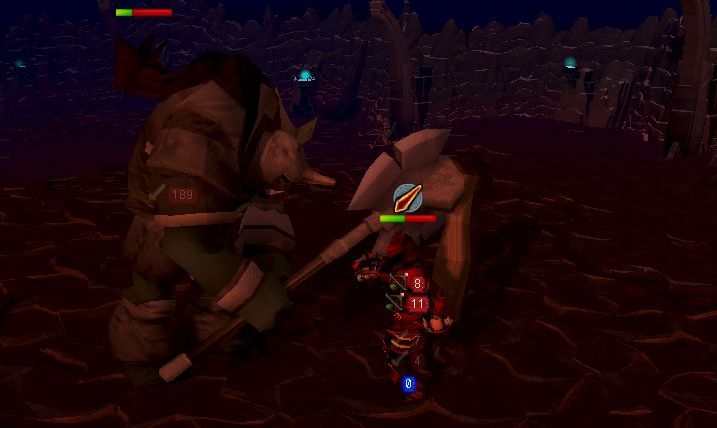 But there was a third thing I noticed when I logged back in. A little picture of a treasure chest on the top left-hand corner of the screen. Clicking on it, I found myself looking at Treasure Hunter – the loot box mechanic for RuneScape.

Any form of monetisation will always be a troublesome topic for Jagex, due to their notable fight against real-world trading. Real-world trading is the exchange of items, in-game currency or accounts for real world cash and is banned in RuneScape as it gives players who have access to large ‘real-world’ financial resources an advantage over those who don’t. In an effort to prevent this Jagex controversially removed both Free Trading and the PvP aspect of the Wilderness from 2008 to 2011 as real-world traders abused these aspects of the game.

Treasure Hunter is, in fact, the second incarnation of RuneScape’s loot box mechanic. It replaced Squeal of Fortune in 2014, which received criticism for the ability to buy extra spins on the wheel via microtransactions. Players viewed this as a form of real-world trading, since possible rewards included experience points and gold. 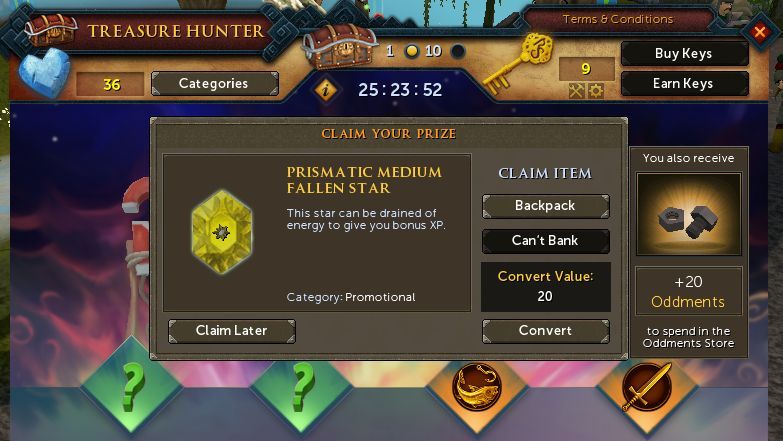 In a perfect world, I believe loot boxes should be absent from gaming completely, as I view them as a gateway to gambling. I was disappointed to find them in RuneScape, but loot boxes have become such a valuable source of revenue that I wasn’t surprised either. The replacement of Squeal of Fortune and the improvements to Treasure Hunter do show that Jagex is aware of the criticism towards loot boxes. Yet, the fact that you can buy extra Treasure Hunter Keys shows that loot boxes will continue to live on in RuneScape despite those improvements. My main concerns lie with what the boxes contain.

Treasure Hunter prizes range from cosmetic items to resources, but there are also items that provide significant experience boosts for various skills, including Experience Lamps that give a lump sum of experience points upon use. Reaching level 99 in any skill is a great personal achievement that can take months of playing. The inclusion of these items not only encourages you to use Treasure Hunter, but also lessens the challenge of achieving that celebrated level 99 status. Couple this with holiday events (like the 2018 Hallowe’en event Til Death Do Us Part, which has activities to quickly gain experience in skills) and there does appear to be a trend to make levelling easier. 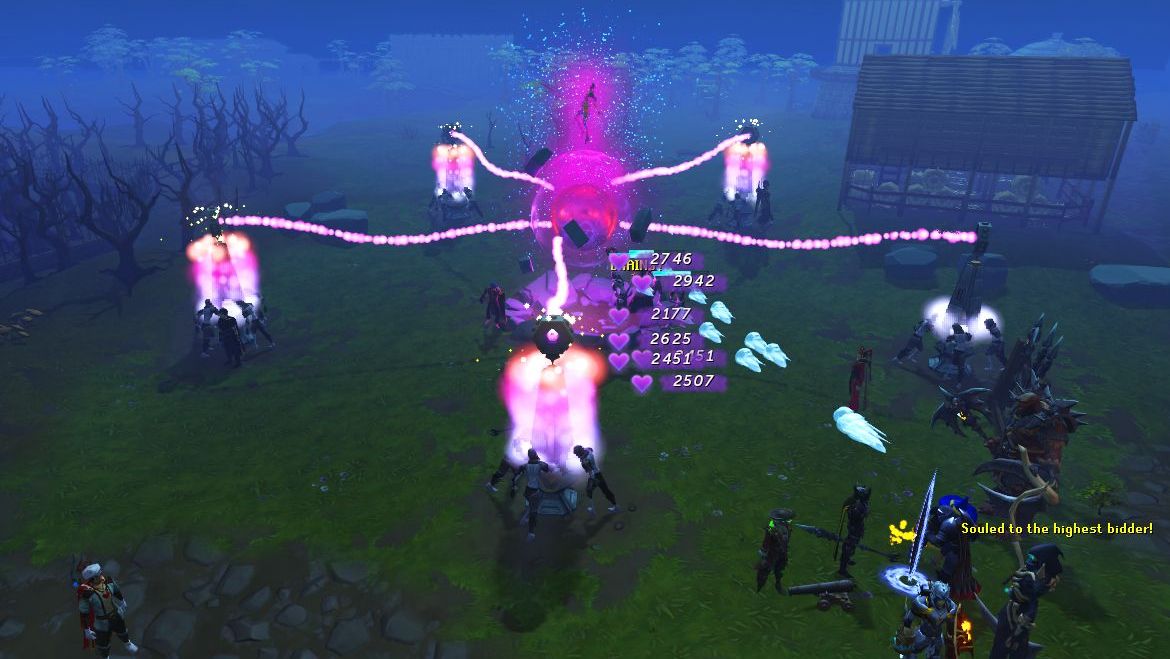 This is a trend I was worried would continue in the long anticipated rework of the Mining and Smithing skills. I was especially concerned for Smithing, as it’s one of the most time-consuming but rewarding skills to train. After taking part in the beta, however, I was pleased to discover that Jagex had succeeded in making the skills more player friendly, without reducing the challenge these skills offer. Rocks will no longer deplete in ore, meaning you no longer have to world hop to find an empty mine, while in the world of Smithing, the levels required to create each armour set now match the combat level required to wear it. These are the kind of tweaks that really excite me, because they offer new ways to interact with the skill, without lessening the challenge.

Despite all the changes, I quickly found myself immersed in the world of Gielinor again. The quests continue to surprise me with exciting boss battles and puzzles, as they delve into new areas of RuneScape lore. The inclusion of voice acting in certain music tracks and quests also added to this excitement. The Needle Skips quest succeeded in weaving an intriguing mystery with a strong voice acting cast that encouraged me to investigate. The improved graphics brought the cities of Prifddinas and Menaphos to life, and, as I explored them, I truly felt like I was off on a grand adventure. 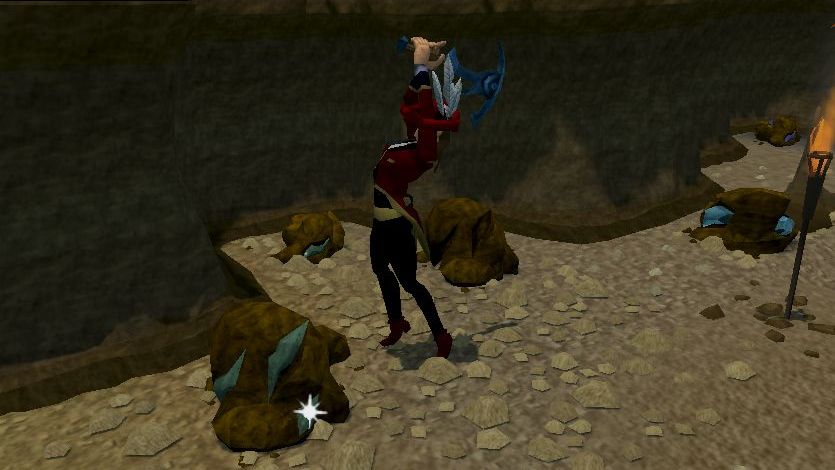 Returning to RuneScape was like revisiting an old childhood hangout. You spend so long creating a nostalgic image of the place in your mind that, when you actually do visit, nothing feels right. Everything is much smaller and there definitely wasn’t this much graffiti, but the more time you spend there, the easier it is to remember why you loved it. It was only after I had turned on Legacy Mode and learned to ignore the Treasure Hunter icon that I remembered why I had loved RuneScape so much. It was that feeling of having a large, adventure-filled world at my fingertips and the accomplishment I felt whenever I levelled up a skill. At the same time, I want it to continue evolving. I want to experience new ideas from the developers. I want to be surprised, excited, and sometimes disappointed, because as the new combat system proves, I’m not always going to like the game updates. RuneScape is, after all, my childhood haunt and those places always hold a special place in your heart.