If you click on a link and make a purchase we may receive a small commission. Read our editorial policy.
Premature Evaluation is the weekly column in which Steve Hogarty explores the wilds of early access. This week Steve is still moving house, so Alice Bee is covering for him again by playing SlipSlop, a very simple but horrible platformer.

Release: Out now (early access)
On: Windows
From: Steam
For: Freeeeeeee!

When I was little, I used to eat cubes of jelly. As in, pre-diluted. You know how Hartley’s jelly came in oblong packets, and your mum would open it and out flopped the cubes of jelly, like a chocolate bar gone wrong or a future dystopian food supplement. I would sneak one of the cubes away and gnaw on it behind a sofa cushion, like an actual rat. They were the purest form of the jelly! Why bother waiting?

And now I suspect that jelly is a sentient whole, like mushrooms are, and knew what was happening every time I removed a cube and diverted it away from its ultimate purpose of becoming jelly, and bided its time. And now revenge is upon me in the form of a free platformer. 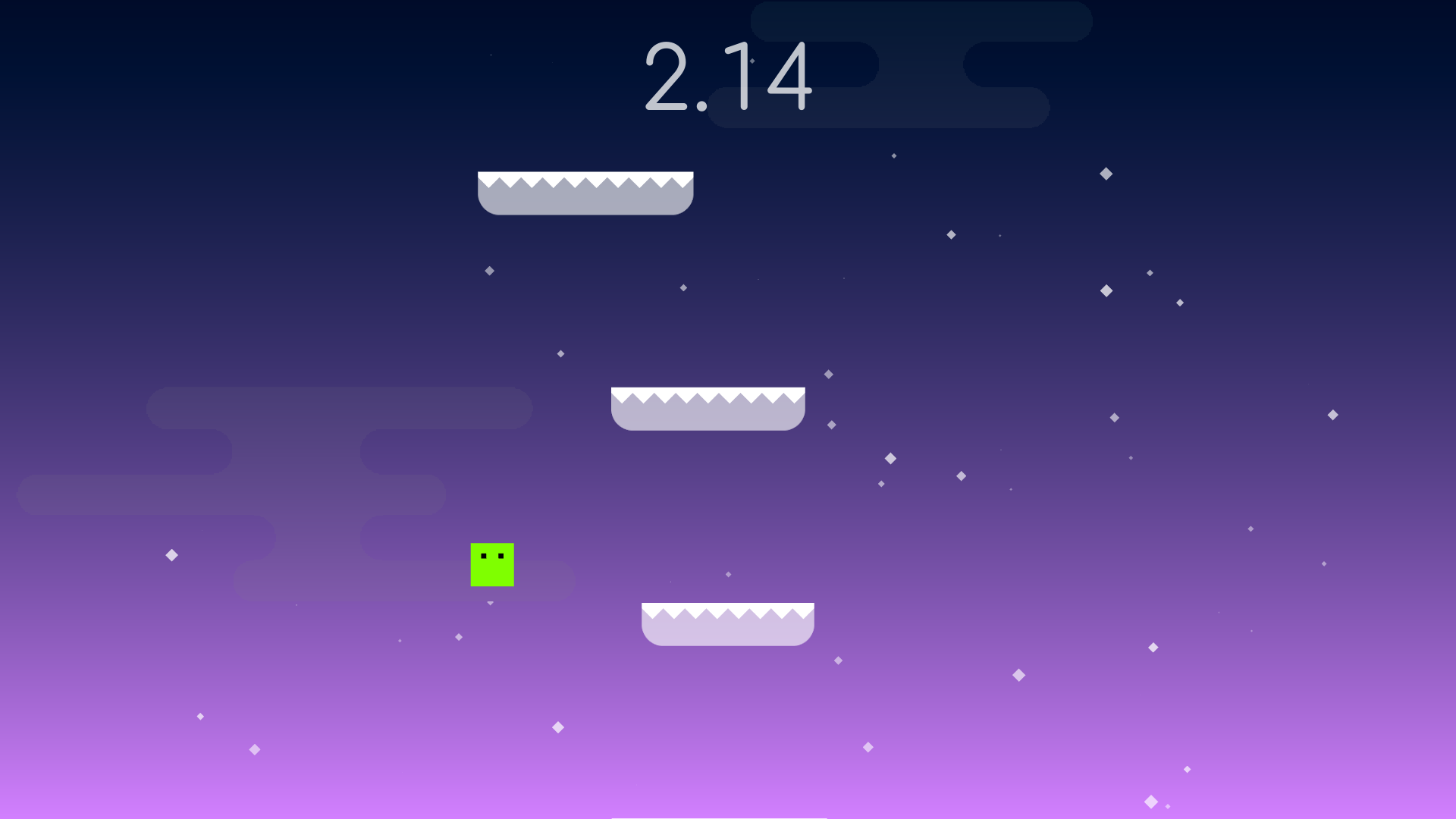 SlipSlop, a hideous onomatopoeic name, bills itself up front as the “World’s Hardest Platformer Game”, which is a bold opening gambit. I cannot confirm or deny the statement because I have not played every platformer in the world. Who has the time for that? No one. It’s madness to even suggest it. Thus SlipSlop ably slip slops through a technical loophole. But I can confirm it is very hard, even if it doesn't make for very dynamic screenshots.

Here is what you do: you jump. The only control is the spacebar, and that is what you press, and it makes the little neon cube -- the little unblinky, wobbly cube of jelly, staring at me with it’s blank little eyes -- jump upwards. You land on a platform, making, indeed, a slipslop noise, and jump again to another one. You must get to the top platform as fast as possible. You cannot steer left. You cannot steer right. You can only jump up, and time it to land on the platform above. Ned Ryerson’s advice would be incorrect when applied to SlipSlop; this first step is in fact the easiest. Any step after that is the doozie. 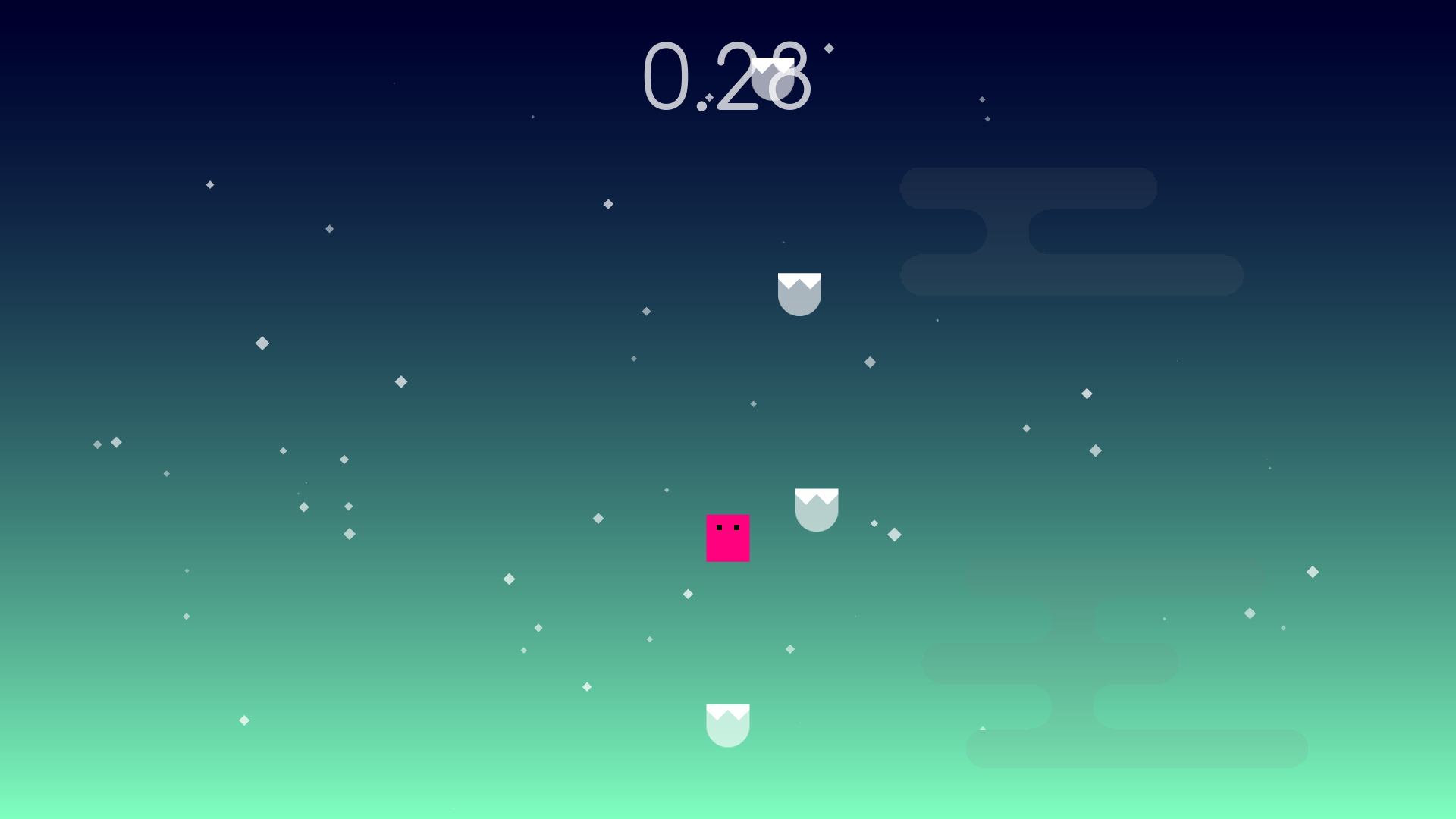 There are different kinds of platform in this game. One has 100% friction. You land on it, you will stay landed. Some have minimal friction, so their side-to-side sway will move you too. And some have no friction. It is infinitely possible to land where you were aiming and then slip inexorably off it, like a sneeze on a window. Yet other platforms have kind of little travelators on, that move the jelly cube off to one side. Some disappear and reappear on a timer. Some gradually collapse when you’ve landed. It’s basically Now That’s What I Call Platforms 57.

But the worst thing is that, while you cannot steer your jump, the movement of the platform you’re on will apply momentum. A better, smarter player would no doubt use this to their advantage, and slingshot their way up the level. But I am not one of those. On no. I have sailed right over the platform I was aiming for. The jelly cube falls impassively into space. I have absolutely fucked it.

I cannot pretend I have enjoyed SlipSlop in the normal sense of the word. I hate it. I have been stuck on the same level for half an hour, but I know it is possible to succeed because I have almost managed it several times. Some of these levels have a best time of three seconds. Three! I am convinced these numbers are made up, or this entire game was made and played by one of the robots that Google is constantly checking I am not. Except on one level, one glorious shining attempt, I did beat three seconds. The jelly cube’s eyes sucked at my soul. 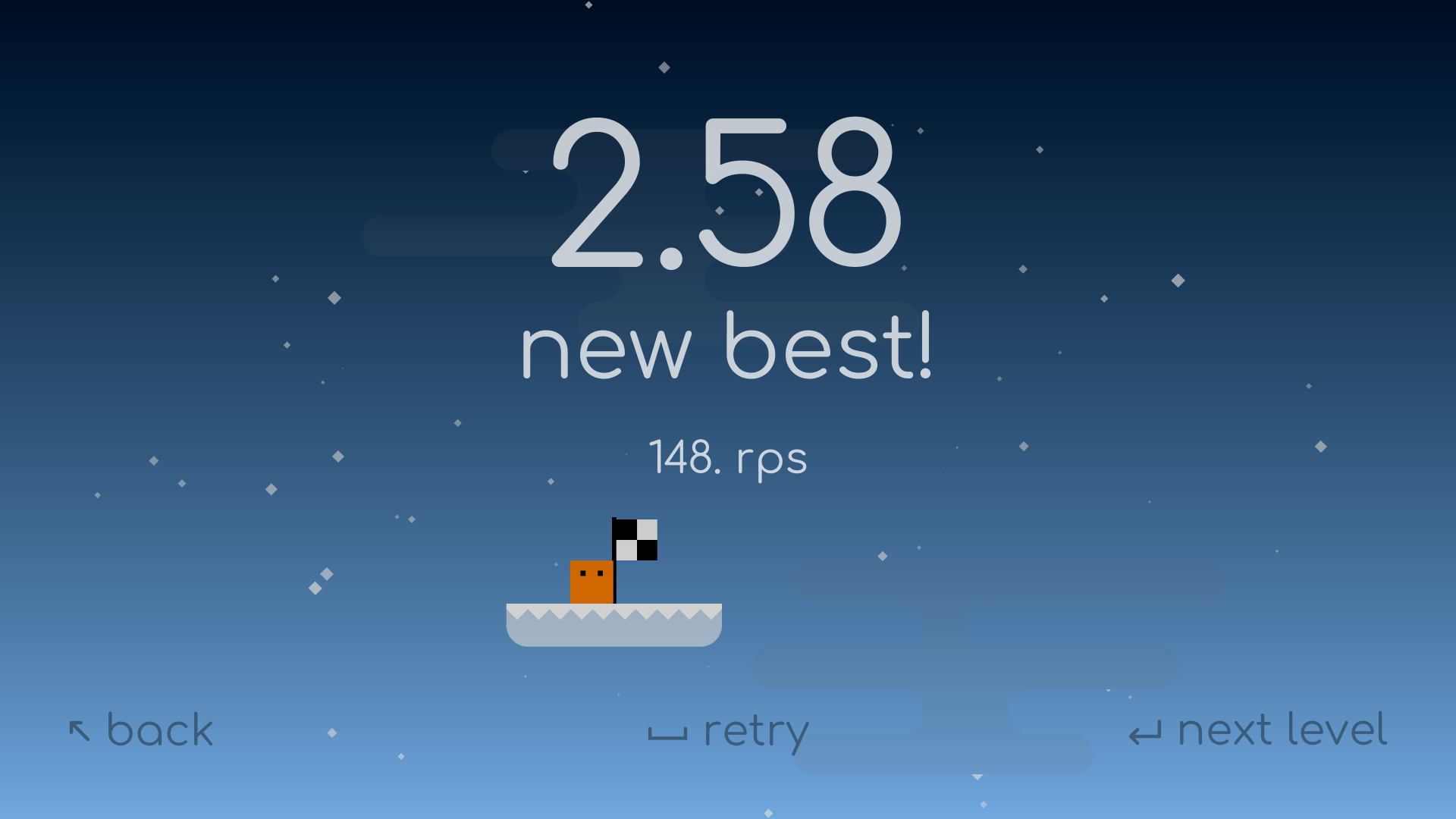 The thing with games like this is that you have to feel like it is always your fault, and I don’t always feel like that. The hang on the jump is just long enough to make it frustrating, the momentum from platform feels a little too uncontrolled (I suspect it’s an instance where it’s actually accurate but feels like it’s random, so makes me cross). Within the self-contained story of this article, that reinforces my theory that this is a punishment visited by the jelly collective. Outside of that it can be frustrating.

On the other hand, it’s completely free, so what do you want here? But on a third hand, most of the reviews are from people who’ve only played like ten minutes, and I’m starting to develop a conspiracy theory that I’m stuck on the level that everyone else gets stuck on, and the rest of the game does not exist at all. Can anyone prove it does? Well, yes, because currently it has 40 levels and you can access any of them whenever you want from the quit screen.

Like, I don't know if I like this game. But I respect it. SlipSlop is the Getting Over It With Bennett Foddy of free platformers with a protagonist I’m convinced is a cube of jelly that is taunting me. I bet you think that’s a narrow field, don’t you?

For now, please enjoy the words of one negative reviewer on Steam:

"game SUCKS i go to BED"